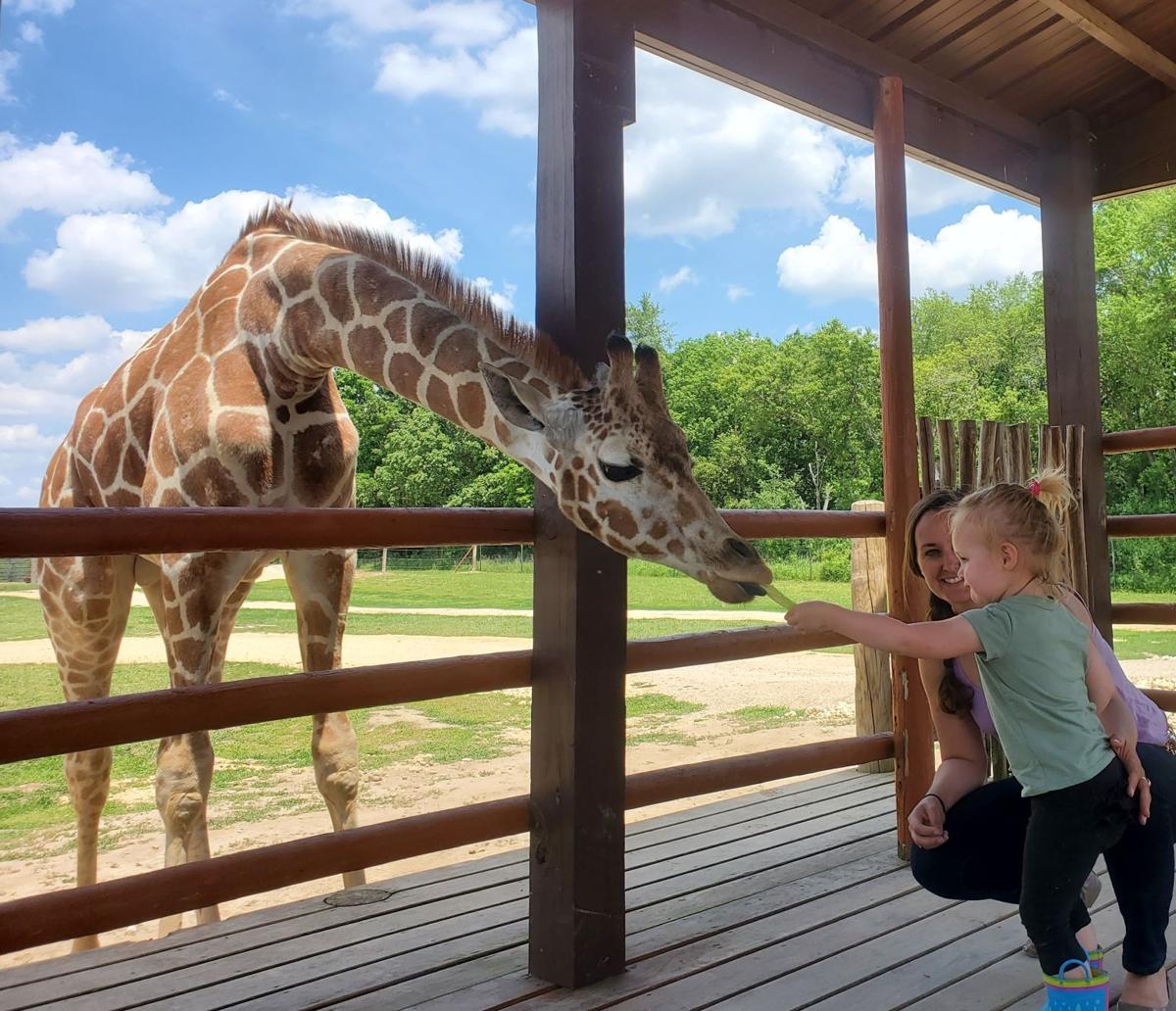 At Safari Lake Geneva, guests can feed the giraffes. 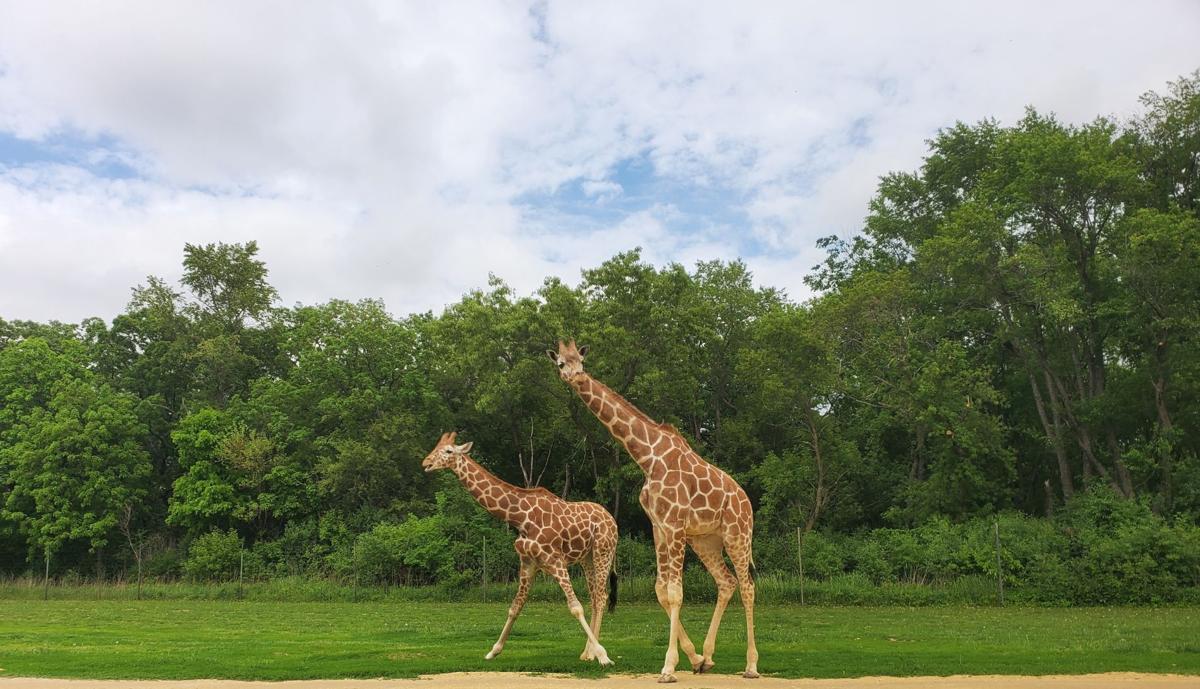 Samburu and Guktari are the new giraffes at Safari Lake Geneva. They’re both male, and they’re both under the age of 2.

The safari adventure/wildlife preserve recently acquired the giraffes as a way to highlight the alarming decline in the population of the species across Africa.

“Wild giraffes have suffered a 40% reduction in their population in the past three decades,” said Maggie Madden, Safari Lake Geneva’s director of science and education. “Visitors to the conservation park will not only get to learn about the importance of giraffes to the ecology of the African savanna, but their visit also directly supports the conservation of giraffes in the wild.”

“Jungle” Jay Christie, Safari Lake Geneva’s owner, has been around giraffes before.

In 1990, he developed the first interactive giraffe exhibit in Wisconsin at the Racine Zoo.

“Since that time, a number of zoos have added interactive public giraffe feeding experiences,” Christie said.

At Safari Lake Geneva, guests can enter the giraffes’ habitat in their own vehicles.

“We are one of fewer than half a dozen facilities in the country that allows customers to drive among giraffes,” Christie said.

The giraffes are both male and under two years of age.

Visitors can feed the pair for a nominal fee.

For more information, go to www.safarilakegeneva.com.

Planning a wedding may seem like trying to keep millions of plates spinning all at once while riding a unicycle on a tightrope over the Grand Canyon.

Not far south of Lake Geneva, a beloved comedy was filmed starring Bill Murray in a town that has been celebrating the occasion for 30 years.

Save the dates: Lake Geneva 2022 winter activities including Winterfest, Snocross and the Abominable snow race

Some of the Lake Geneva area's biggest events are happening in the next couple months, including Lake Geneva's Winterfest and the Ice Castles.

EAST TROY — The East Troy Railroad Museum will receive $100,000 from the We Energies Foundation over the next five years.

TOWN OF GENEVA — One of the area’s most popular winter attractions opens Saturday, Jan. 22.

6 places to rent your own igloo in Lake Geneva

Thanks to the igloo, outside dining is no longer a seasonal affair.

Louie Anderson, whose four-decade career as a comedian and actor included his Emmy-winning performance as mom to twin adult sons in the TV series "Baskets," has died.

At Safari Lake Geneva, guests can feed the giraffes.

Samburu and Guktari are the new giraffes at Safari Lake Geneva. They’re both male, and they’re both under the age of 2.