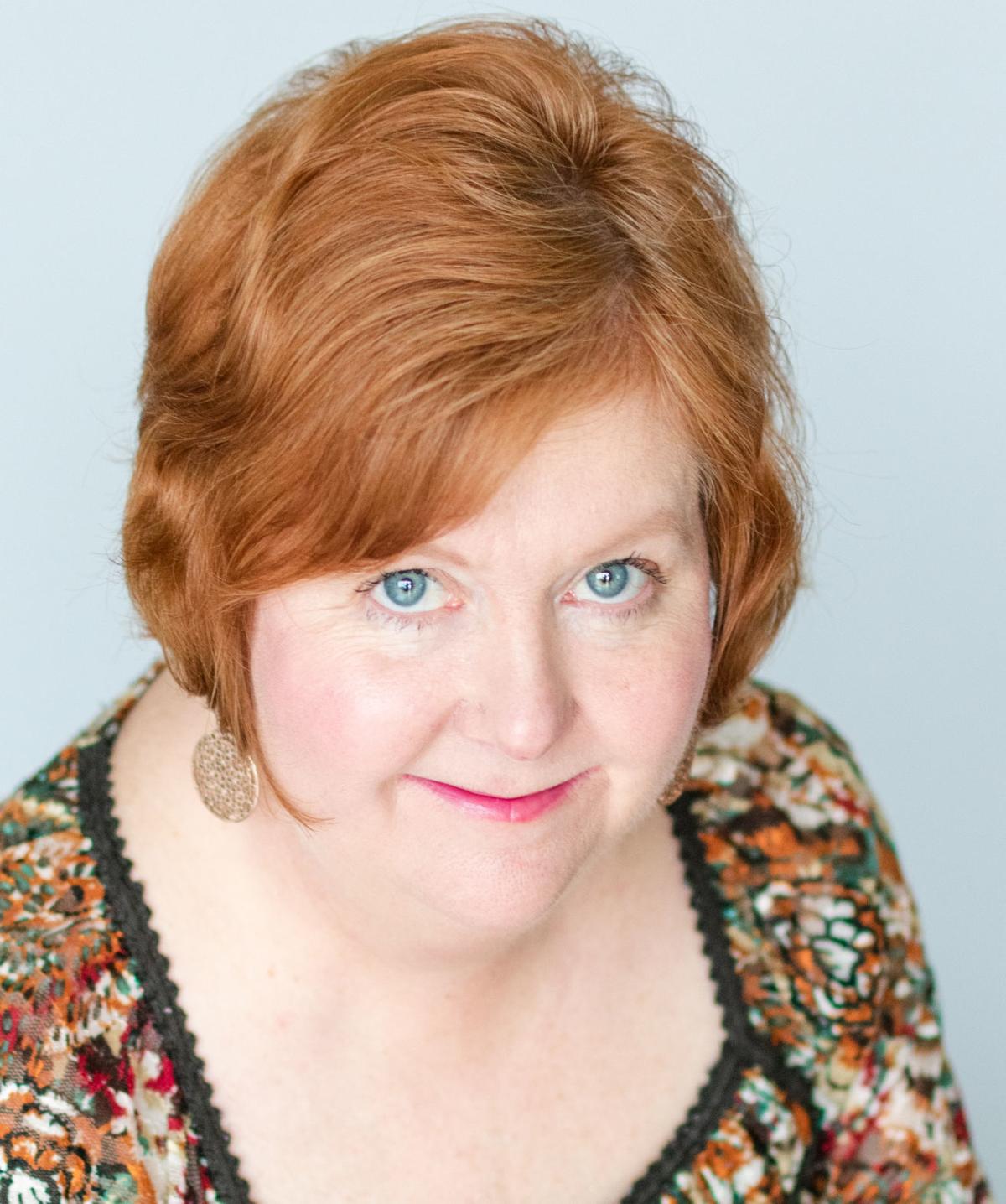 Carol Paur has a new children’s book on the way. 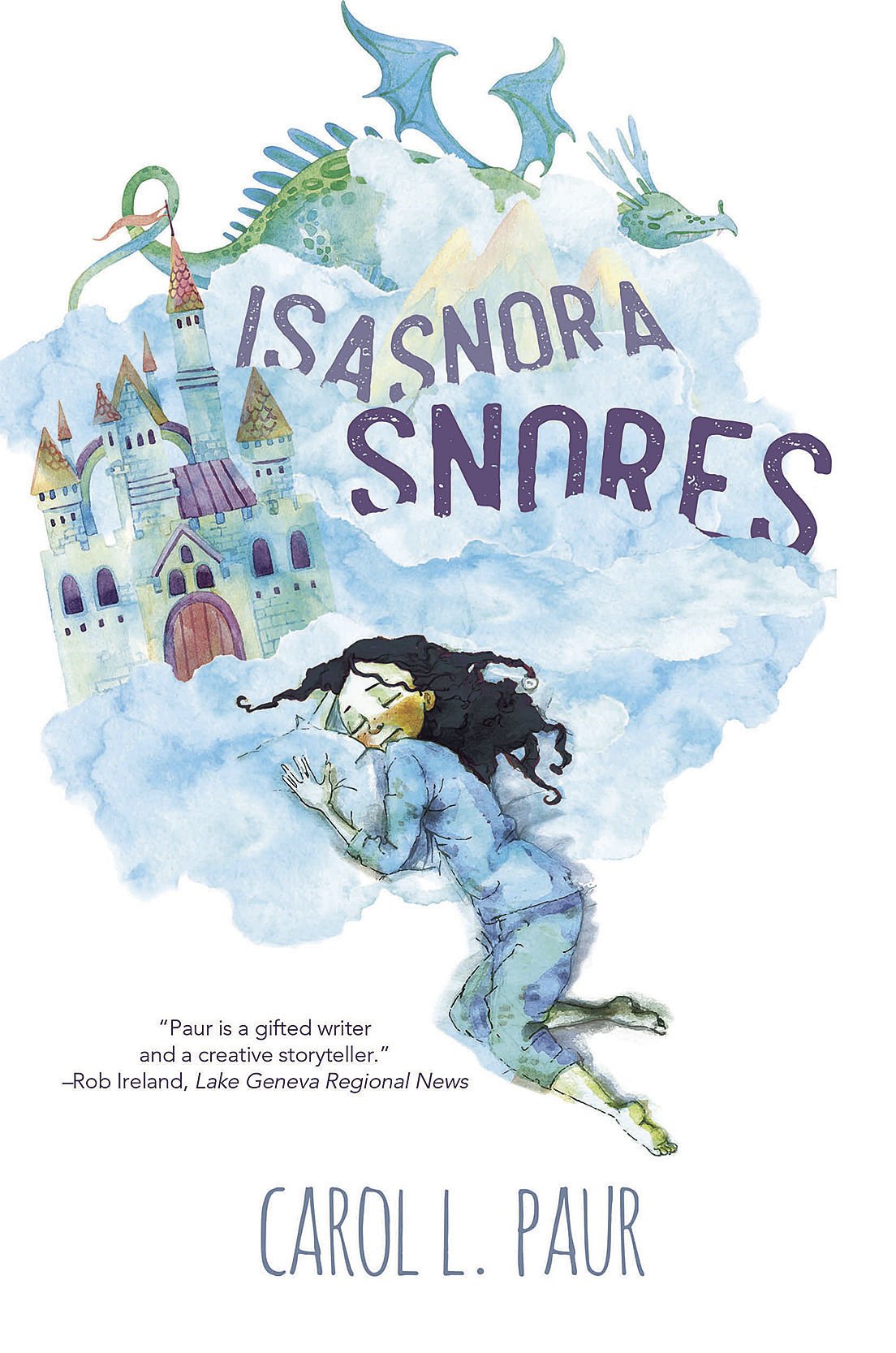 Carol L. Paur turned her troubles with snoring into her first children’s book.

Due to be released Dec. 12, “Isasnora Snores” is about a girl who snores so loudly she is banished from her kingdom.

After living in exile in the forest, she becomes important in the battle to save her country.

The story was inspired by Paur’s own snoring, something she said she was teased about so much as a child that she became self-conscious about it.

“I wanted to write something that would teach children to accept themselves,” said Paur, of her new book. “That is the lesson Isasnora learns in this tale — accept herself, even her snoring.”

An area writer whose works have appeared in the Resorter and the Lake Geneva Regional News, Paur has many irons in the fire.

In addition to writing, she is also an associate producer of the 2019 film “Turnover,” an independent comedy.

Fortunately, Paur found some time between projects — and attending a “Turnover” premiere in Los Angeles — to discuss her new book and more.

Note: The following Q&A has been edited for clarity and brevity.

Resorter: What is “Isasnora Snores?”

Carol L. Paur: “Isasnora Snores” is a middle-grade book for boys and girls ages 7 to 11. It’s about an infant who snores so loudly, she is banished from the Kingdom Calelind. While living in the forest, Isasnora befriends Mongous, a giant; King Lovel, a wise slug; Humple Dumple, a blue dragon; Horus, a gray heron; Zeynip, a nervous mouse; and Prince George, a boy who is running away from his evil father, King Golith. When King Golith declares war on the Kingdom Calelind, Prince George wants to fight against his father and drag Isasnora’s friends with him. She is left behind because she snores too loudly. Isasnora is later kidnapped and ends up saving the day.

How is this different from your other books?

My first two books, “Stories” and “Waves,” were novels geared toward adult women. They follow protagonist Catharine Zimmer on her death, judgement and punishment. The theme of both novels is: Does what we do or fail to do on Earth have any greater impact? My third book, “Praying for the Enemy: Your 911 to Peace,” is a devotional that makes praying for your enemies a more intentional action in your life.

How come you found a publisher for “Isasnora Snores,” as opposed to self-publishing like you did with your previous books?

I originally wrote the story for my youngest daughter, Monica. I had no intentions of publishing it, but she asked me to. I wanted to self-publish it because I do not like rejections, but my husband, Les, asked that I go the traditional publisher route. I set up a systematic plan. I made a list of children’s publishers looking for my type of book. Each week I would send out two different query letters to two different publishers. Sometimes there were sites that you could enter your book into, and it would reach several different publishing houses — I did that as well. Each publisher had its own set of rules, so this process usually took all day. Then I went back to my other writing. One Friday in March, I was driving to the funeral of Suzy, my friend’s sister, who had Down syndrome. Jokingly I prayed, “Hey Suzy, now that you’re up there, could you pull some strings for me to get my book published?” That afternoon, Black Rose Writing, out of Texas, reached out to me asking if “Isasnora Snores” was still available. Of course! The next day they emailed me a publishing contract. … Black Rose Writing offers some great resources for their writers. I have also found great resources with the Society of Children’s Book Writers and Illustrators, and some Facebook writing groups.

Is it different writing for a younger audience?

It is different because you’re not going to bring up topics in a graphic fashion to younger children. Also, the vocabulary is different. That said, however, you do not want to write down to children. They’re smart and don’t want to be patronized.

What’s next for you? What are you working on?

“Isasnora and the Royal Orb of Peace” is the sequel to “Isasnora Snores!” … I also have a picture book titled “A Day for a Parade.” It’s about Elizabeth Doolie, who is only 3, but the Fourth of July filled her with glee. The story is based off my daughter, Elizabeth, who used to steal my little American Flags and march throughout the yard on her own parade. My young adult book, “The Early Summer” is about a girl who believes the city’s mayor is a serial killer. ... This book is in the process of being read and reviewed by Beta Readers before I begin submitting it to publishers. Then I have an adult book, “Widows’ Club,” not done. Aside from books, I’m writing plays and screenplays, and trying to get those produced. … “Royal Orb” is still in the rewrite stage, but when it’s finished, I will pitch it to Black Rose Writing.

“Isasnora Snores” can be pre-ordered at Amazon.com. For more information, visit https://www.blackrosewriting.com/teenya/isasnorasnores.

Britney Spears slams documentaries about her life as 'hypocritical'

Britney Spears slams documentaries about her life as 'hypocritical'

What to watch this week: ‘Jupiter’s Legacy,’ ‘Shrill’

What to watch this week: ‘Jupiter’s Legacy,’ ‘Shrill’

Carol Paur has a new children’s book on the way.