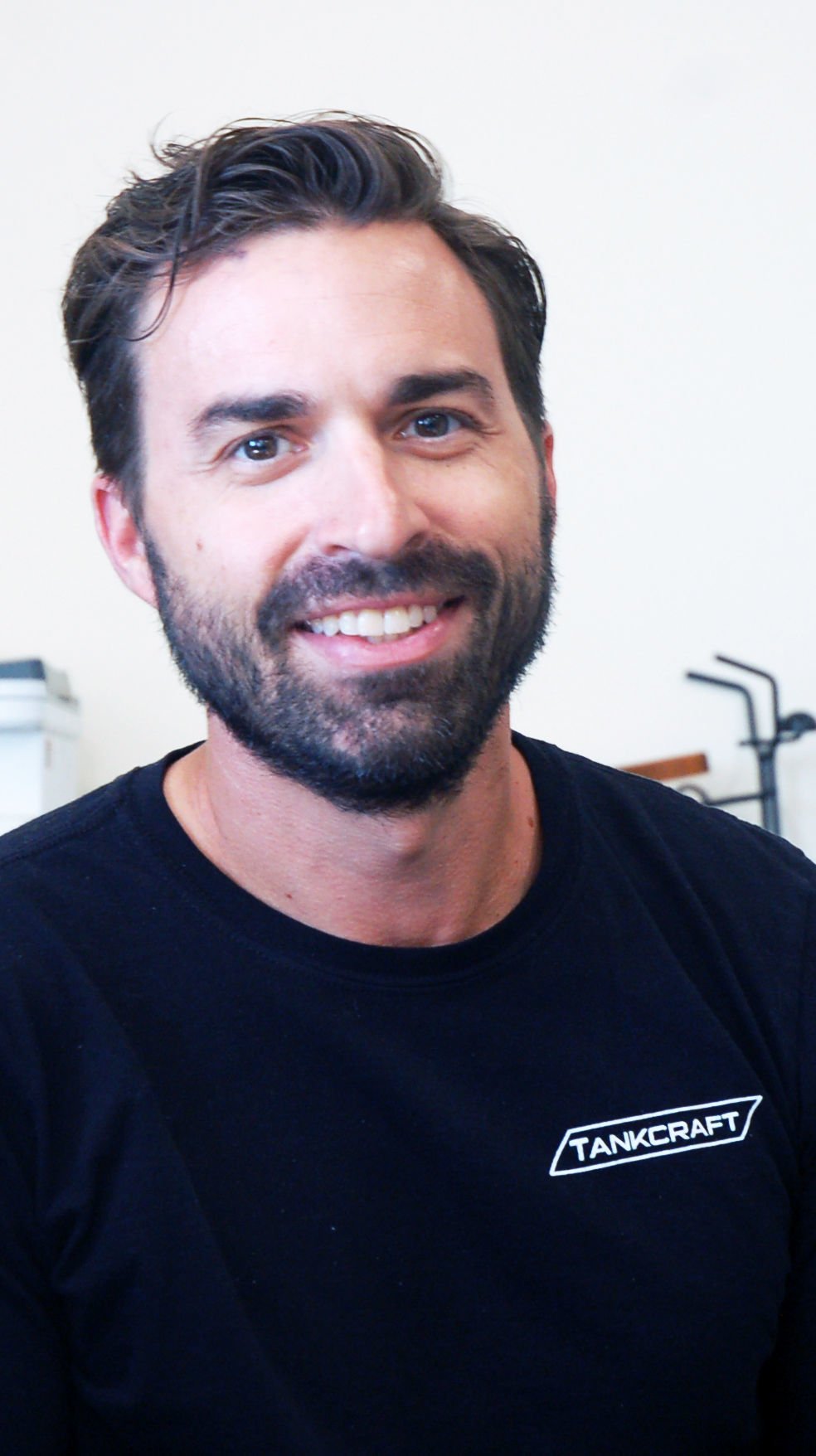 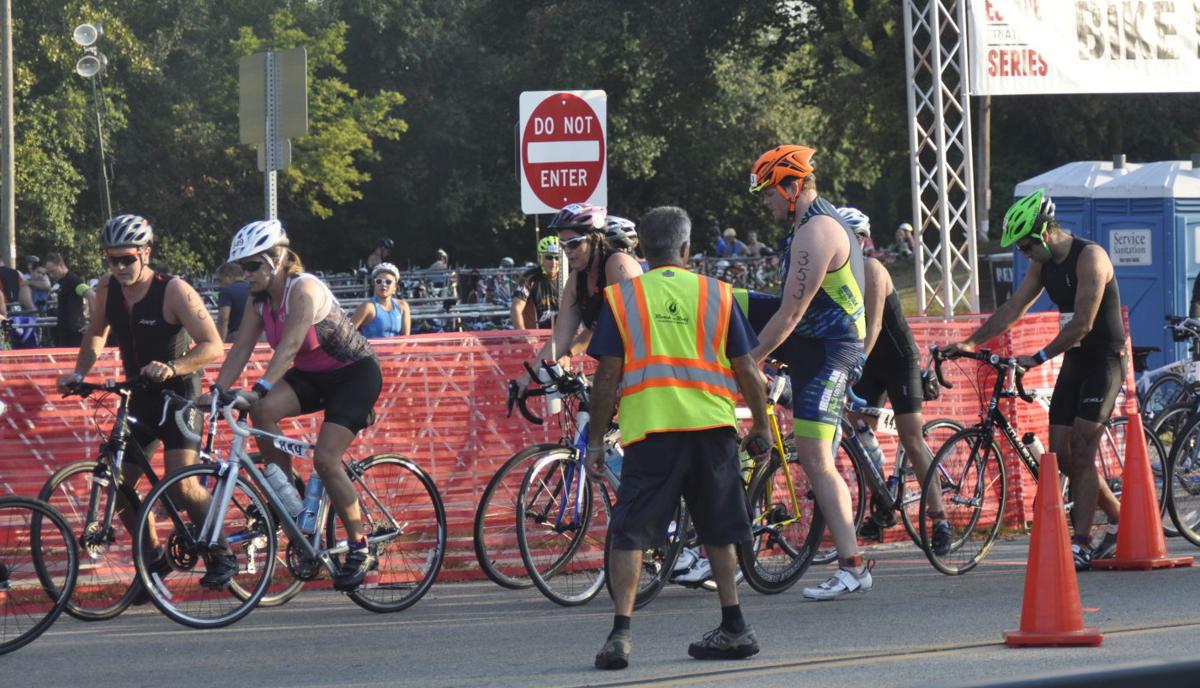 Triathletes mount their bikes in Williams Bay during a 2017 event similar to one planned Sept. 21 in Fontana.

FONTANA — Steve Fettig is not only a competitor in the Sept. 19 Fontana Triathlon. He is an investor as well.

Fettig put $14,000 of his own money into the triathlon to ensure that there is enough to pay the village for essential services, safety and sanitation.

Fettig, 41, of Wauwatosa, is chief financial officer for the family-owned Tankcraft Corp. in Darien. He has been a triathlete since 2005. He has competed around the world, but his first triathlon was in Fontana.

Triathlons incorporate swimming, bicycling and running into one event. Triathletes can collect points based on their performance, and receive national rankings through USA Triathlon, the national organization that sanctions triathlons around the country.

Fettig said he is committed to the Fontana Triathlon for the next three years.

After that, he said, organizers hope the event will be able to support itself with registration fees.

Fettig trains with Bob and Wendy Hanisch, who own Peak Performance Professionals, the company organizing the Fontana Triathlon.

Tom Whowell, who has been spearheading public and intergovernmental relations for the triathlon, said Fettig’s involvement has been an important part in restoring the athletic event’s credibility in the area.

“He was the initiating force to return the triathlon to Fontana,” Whowell said. “He’s got a generous checkbook, and it’s helping everybody.”

Whowell said it is important that the village do it right this year to erase all of the bad feelings left by previous triathlons.

“Fontana has its reputation on the line,” he said.

And, he added, so does Gordy’s Marine and Gordy’s Boat House, Fontana businesses that are owned and operated by the Whowell family.

Locals remember that the village of Williams Bay says it was stiffed by a previous company that operated a triathlon there. After a 2017 event run by Premier Event Management, the company allegedly did not pay all of its bills, and the word “triathlon” took on a negative tone.

“People have the reaction, ‘Here we go again,’” said Whowell.

Whowell said he has been meeting with groups in Williams Bay who say they were stiffed by the previous company, trying to convince them that the triathlon is now locally owned. The village of Fontana has a major stake in the event.

“We’re not going to stiff anyone,” he said.

Kenny said he has never met Fettig, but communicates with him through Whowell.

Kenny said everyone he has talked to is enthused about bringing the triathlon back to Fontana. He said some of the planning may seem last minute, but it is the first year for the resurrected event.

“It takes a lot of planning,” he said. “It takes more planning than anyone expects.”

Fettig said his family has had a long connection with the Whowells through the Fontana marina.

Fettig said that he realizes some of the organizing may seem to be a bit behind schedule. He said he is considering hiring a private security company that hires local police officers and sheriff’s deputies to maintain control at intersections along the running and bicycling routes.

“The first year is not going to be easy,” he said. “It’s going to be far more expensive than expected.”

But he also promised that all bills will be paid.

The goal is to make the Fontana triathlon an annual event that triathletes plan to attend months in advance.

“The hope is that this becomes a cornerstone weekend event,” he said.

He said that Fontana is still one of the best triathlon courses he has seen.

“Lake Geneva is one of the most beautiful lakes I’ve ever swam in my life,” he said. “This is one of the best areas to do a race anywhere.”

“North Lake Shore Drive out of Fontana is brutal,” Fettig said. “Nobody gets a pass on Killer Hill.”

Fettig said no one involved with planning the Fontana Triathlon wanted to go overboard on the first year. The number of participants this year will be considerably less than 1,000 — the original maximum set for the event.

According to Kenny, the number of registrations for the Fontana Triathlon is now at 400.

The Fettig family has owned Tankcraft, a company that manufactures fuel tanks, reservoirs, gauges and mountings, since 1986. The family also owns a plastics manufacturer called Plasticraft, a warehouse company called Spacecraft, and a medical clinic.

All of the businesses are in Darien, although the medical clinic also has a presence in Janesville.

The local triathlon was started by Frank Dobbs in Lake Geneva. The event moved to Fontana in the early 1990s. In 2011, a break between Dobbs and the village of Fontana led to the triathlon moving to Williams Bay.

Dobbs sold the event to a triathlon organizer called Tri-Rock. That company was later sold and the final organizer of the Williams Bay triathlon was a company called Premier Event Management which took over in 2015. When the company failed to pay its bills for 2017, Williams Bay gave up on the triathlon in 2018.

Triathletes mount their bikes in Williams Bay during a 2017 event similar to one planned Sept. 21 in Fontana.