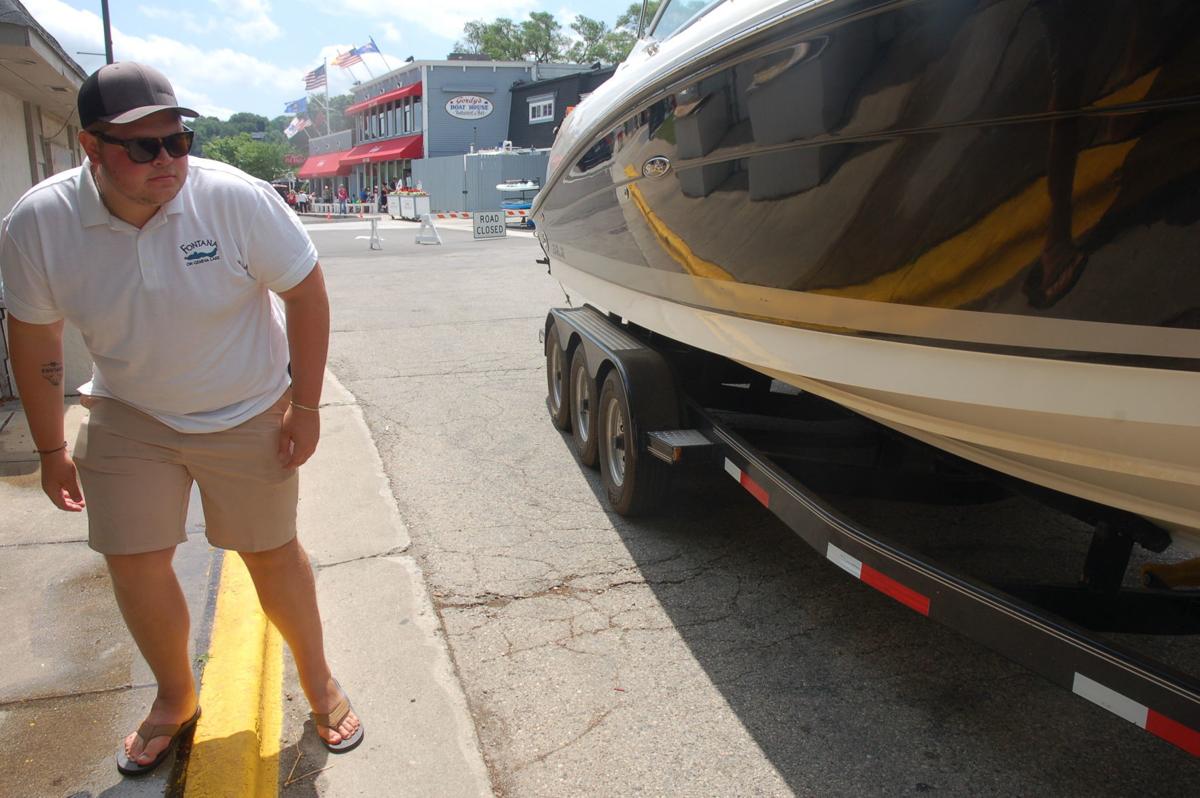 Grant Cherney, a Fontana Municipal Pier employee, inspects a boat for invasive species July 20 before the boat is launched into Geneva Lake. 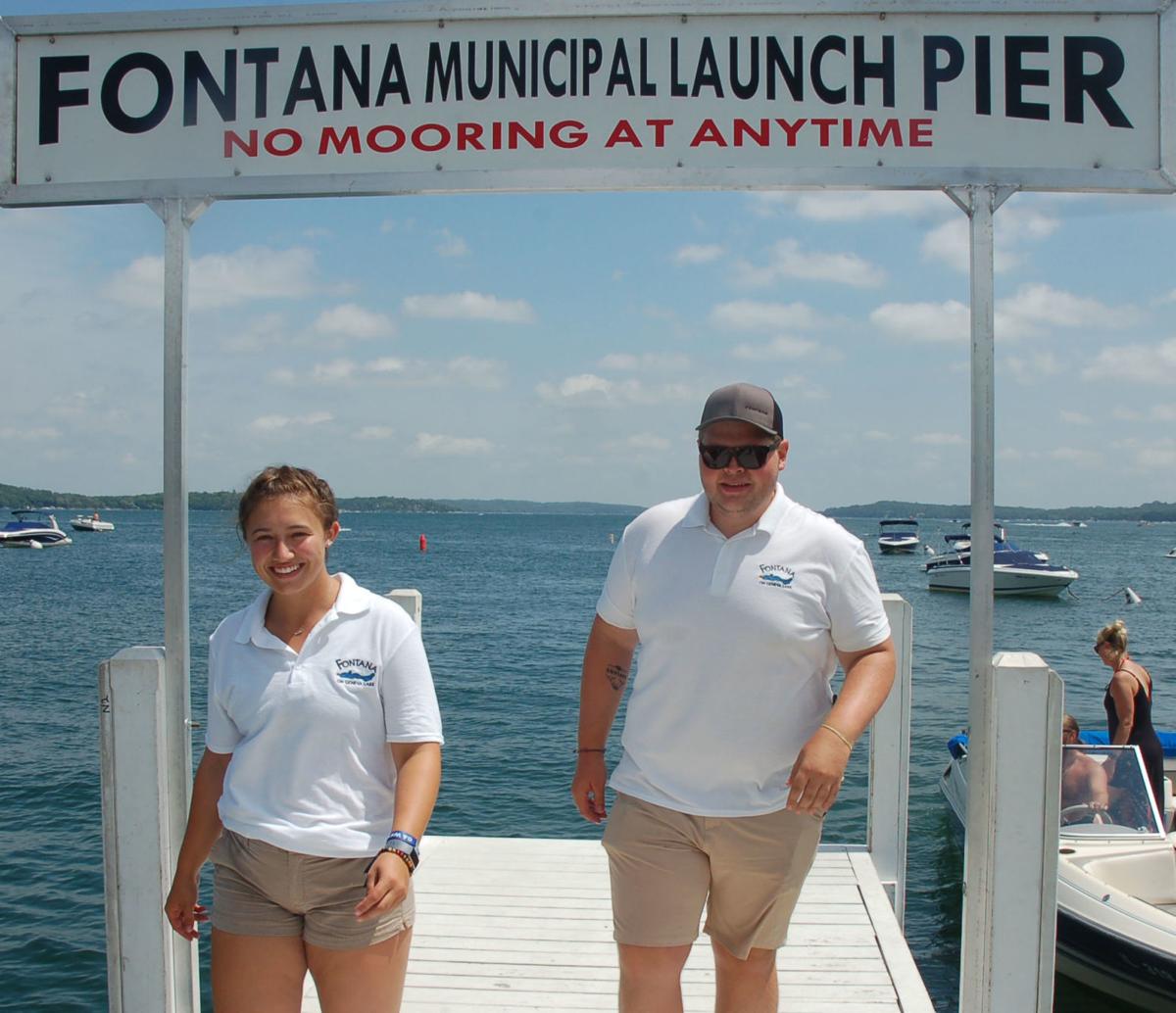 Riley Davis, left, and Grant Cherney, both Fontana Municipal Pier employees, head back to their statioins July 20 after launching a clean boat into Geneva Lake.

FONTANA — Grant Cherney slowly walked around the 27-foot SeaRay boat, paying close attention to the props and the hull.

“Clean boat,” he declared as he finished his inspection.

Cherney, an employee at the Fontana Municipal Pier, was keeping an eye out for any stray aquatic plant or creature that might have hitched a ride on the boat.

The goal is to keep plants and aquatic animals from other lakes out of Geneva Lake.

“Anything that doesn’t look normal, we keep an eye out for,” he said.

Or as assistant pier manager Tom Joyce put it: “We make sure that boats are coming out clean and going in clean.”

Cherney and Joyce were among 10 boat launch workers from the municipal pier and Gordy’s Lakefront Marine who took part in a two-hour Clean Boats Clean Water seminar aimed at keeping invasive species out of Geneva Lake.

The recent seminar was conducted by Ted Peters, director of the Geneva Lake Environmental Agency.

The boat launch workers were instructed in how to inspect boats for invasive species before launching into Geneva Lake and after landing.

The pier watchers said the seminar was helpful in teaching them what to watch for and how to approach boat owners about cleaning their crafts.

“We keep an eye out for things like seaweed on a trailer,” said Riley Davis, who works with Cherney at the municipal boat launch.

Boat owners are required to drain their bilge and clean any plant material or aquatic animal that may have attached itself to the boat hull or motor, said Joyce.

Once anglers come back ashore, they are also expected to empty their bait buckets and their live wells and put any fish they caught on ice before leaving the launch area.

“People seem to understand that it’s important,” he said.

The fishermen are especially cooperative, Joyce said. The Fontana boat launch has a brush that fishermen can use to make sure their boats are free of aquatic debris, said Davis. And a lot of the anglers use it, she said.

The marina workers are also handing out information about the Clean Boats Clean Waters program to boaters to remind them to be careful about cleaning their boats before leaving the lake.

The marina workers are not law enforcement agents and are advised to walk away from anyone who is confrontational.

The boat launch workers have not yet run into an uncooperative boater, but Joyce said the workers will call police if someone gets unruly.

Peters said he is hoping to schedule more Clean Boats Clean Waters seminars, even though the summer is well underway.

“I’m still working on putting something together in Williams Bay,” he said.

The need to protect Geneva Lake from invasive species became clear last year when starry stonewort was found in a lagoon on the lake. Officials suspect that the unwanted and destructive plant hitched a ride on a boat that had not been properly cleaned.

Starry stonewort is a complex algae that is difficult to eradicate once it gets into a lake. If left unchecked, the plant grows into thick bushes that can choke out breeding areas for fish, overcome native vegetation, and disrupt a lake’s recreational activities.

This summer, a chemical treatment was applied to keep starry stonewort from spreading. This fall, the Geneva Lake Environmental Agency is planning to dredge in hopes of removing it completely.

Even if the starry stonewort is completely removed, Geneva Lake will not be free from invasives.

According to Peters, Geneva Lake has zebra mussels, Eurasian milfoil, rusty crayfish, and curly leaf pondweed. Most were deposited into the Geneva Lake area in the 1980s and ‘90s.

And all of the invasive plants and animals were probably brought by boats that had not been properly cleaned, Peters said. The rusty crayfish were used as bait by fishermen and were probably dumped into the lake before the fishermen went back to shore.

Peters said that it is apparent the only inexpensive way to stop invasive species is to keep them out of Geneva Lake in the first place.

The grants pay 75 percent of the cost of maintaining a Clean Boats Clean Waters program. up to $4,000 per boat landing or pair of landings. According to DNR information, the grants can cover up to 12 boat landings on a lake.

The grant application deadline is Dec. 10 and grant awards are announced Feb. 15.

WALWORTH – The village is getting tough with residents who do not shovel snow off their sidewalks, boosting the fee from $50 to $200 if villag…

FONTANA—About $5,000 of the library budget originally designated for technology expenses has been allocated to supply library staff with pay r…

WALWORTH — In the aftermath of a damaging flood, the village has approved the creation of a disaster fund to assist homeowners effected by flo…

Grant Cherney, a Fontana Municipal Pier employee, inspects a boat for invasive species July 20 before the boat is launched into Geneva Lake.

Riley Davis, left, and Grant Cherney, both Fontana Municipal Pier employees, head back to their statioins July 20 after launching a clean boat into Geneva Lake. 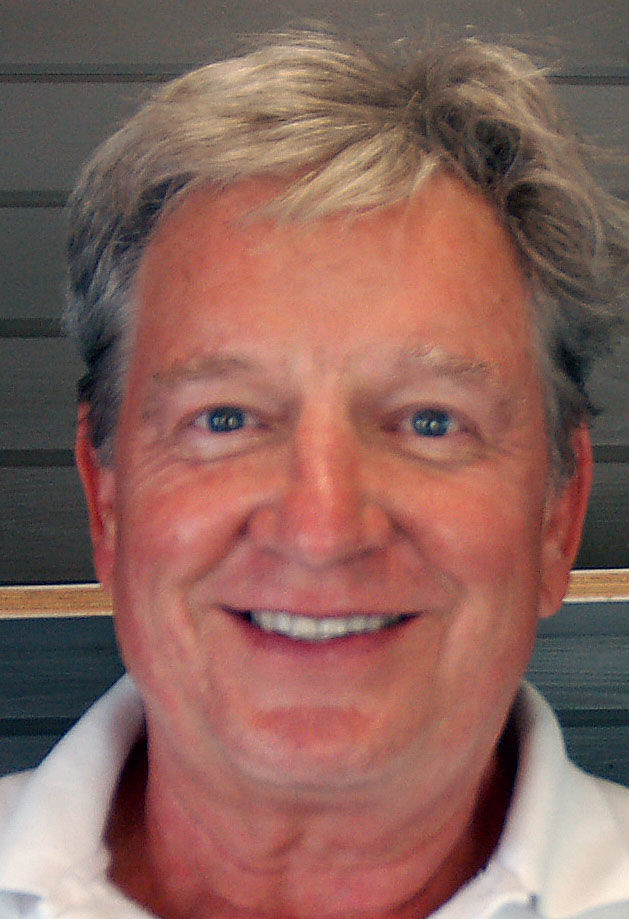