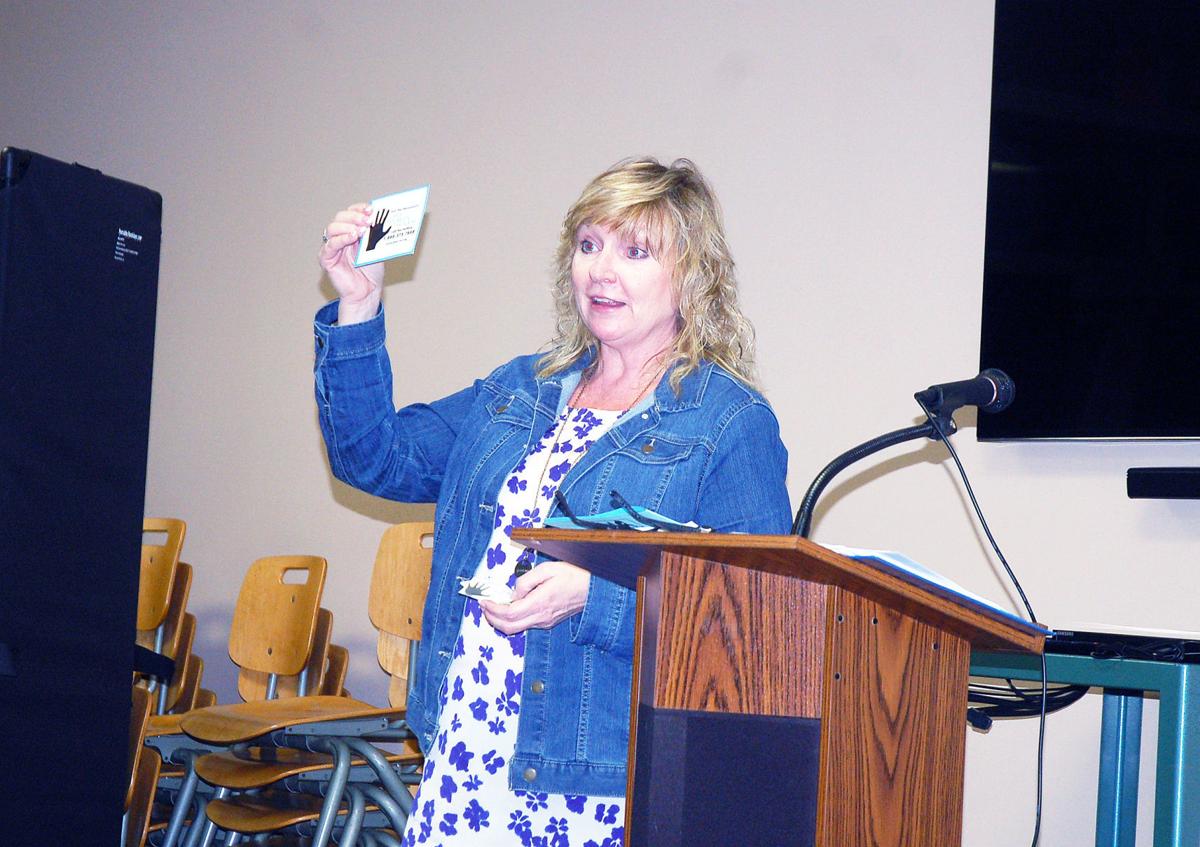 Dawn Heath of Join the Movement gives a talk Sept. 9 at Walworth Memorial Library on breaking the connection between social media and human trafficking. 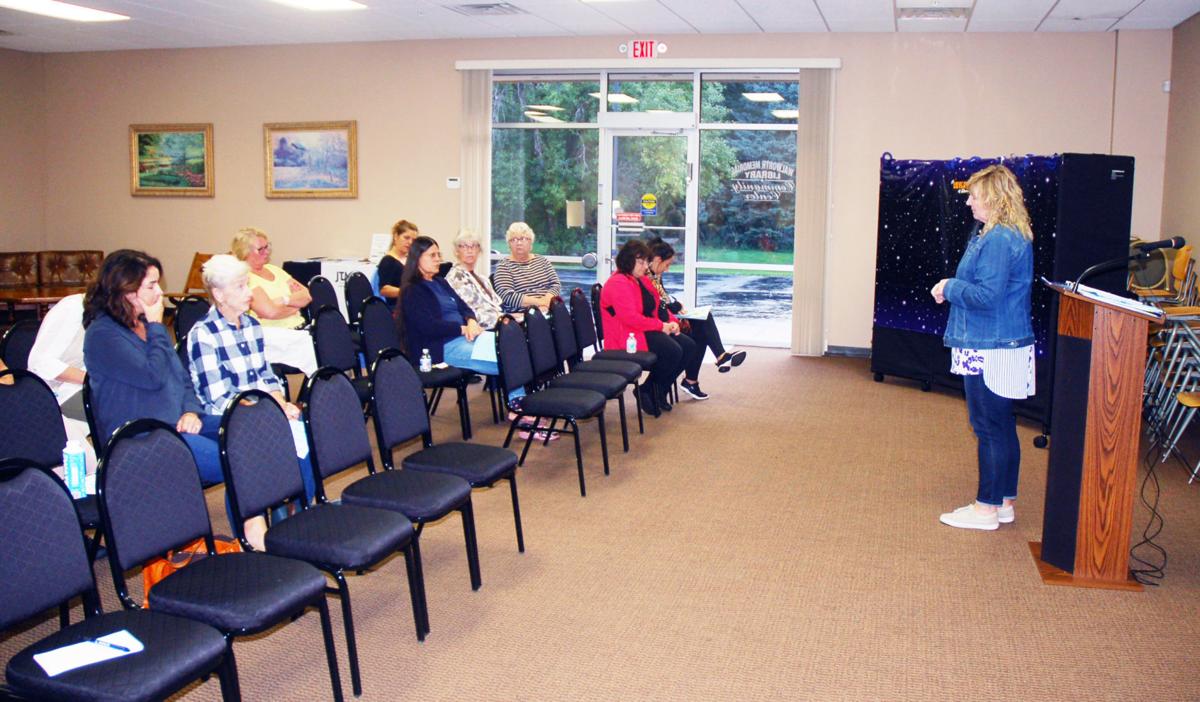 Parents and others listen Sept. 9 as Dawn Heath of Join the Movement talks about protecting children from human traffickers Sept. 9 inside Walworth Memorial Library.

WALWORTH — Thirteen-year-olds can be amazingly bright and infuriatingly unaware.

“Who do you go to when your smartphone doesn’t work?” asked Dawn Heath. “The nearest 13-year-old.”

They are into the technology, and know how it works, she said.

But 13-year-olds are also incredibly unaware of the dangers that lurk in that technology, and how it can be used against them by human traffickers, Heath said.

Heath is a member of an educational nonprofit called Join the Movement, a coalition of concerned citizens, judges and law enforcement officers who are fighting human trafficking. She is also the family and outreach ministry coordinator at Sugar Creek Lutheran Church in Elkhorn.

She was at the Walworth Memorial Library on Sept. 9 to talk about “Social Media and Human Trafficking.”

About 15 people turned out for the presentation, which was also sponsored by the Fontana Public Library, the Barrett Memorial Library in Williams Bay, and the Lake Geneva Public Library.

Lucinda Rapata of Walworth said she came because she has two teenage granddaughters living in the area.

“It was excellent,” she said of Heath’s presentation. “It’s a sad topic, but it’s very important we learn about it.”

“She opened our eyes to things that happen close to home,” Schwenn said.

Heath said that parents have to be aware of the dangers that lurk in the electronic jungle, and be prepared to intervene.

“There has to be separation between a child and her cellphone,” she said.

She recommended that a family have a central place in the kitchen where phones are recharged overnight. It will give parents a chance to check their children’s phones for anything suspicious.

And it is OK if the kids do not like the intrusion.

“It’s allowed for kids to hate you,” she said.

The problem has exploded into social consciousness in recent years as the internet has made it easier for traffickers to find and exploit more victims.

While human trafficking might seem to be a big city problem, it also reaches into rural counties like Walworth, Heath said.

What is more, the victim does not even have to leave home. There are cases around the country of victims being trafficked out of their homes and schools.

Smartphone apps are designed for fun and to connect people with friends and family. But the technology also gives human traffickers a way to hide their identities and to pretend to give a sympathetic ear to troubled teens.

They can also prey on those who are vulnerable because of immigration status, limited knowledge of English, economic hardship, emotional instability, or other causes, Heath said.

Certain innocent-looking apps can be used by traffickers to gain information on potential victims, Heath said.

For example, there is an app called Tik Tok. Users can post videos of themselves singing and dancing. It sounds harmless enough, but traffickers log in and hunt for victims.

“They are looking for anything that will help identify you,” Heath said.

If a trafficker sees a likely target, he or she will then focus on surroundings, taking note of posters on the wall or any other item in the video that can be used to locate the victim, she said.

Other apps are just downright sneaky. Calculator% is a free app that looks like a normal calculator, but is really what is called a vault program. It can hide private files behind a functioning calculator app.

“This is serious stuff,” she said.

+20 Pictures of the past

Dawn Heath of Join the Movement gives a talk Sept. 9 at Walworth Memorial Library on breaking the connection between social media and human trafficking.

Parents and others listen Sept. 9 as Dawn Heath of Join the Movement talks about protecting children from human traffickers Sept. 9 inside Walworth Memorial Library.