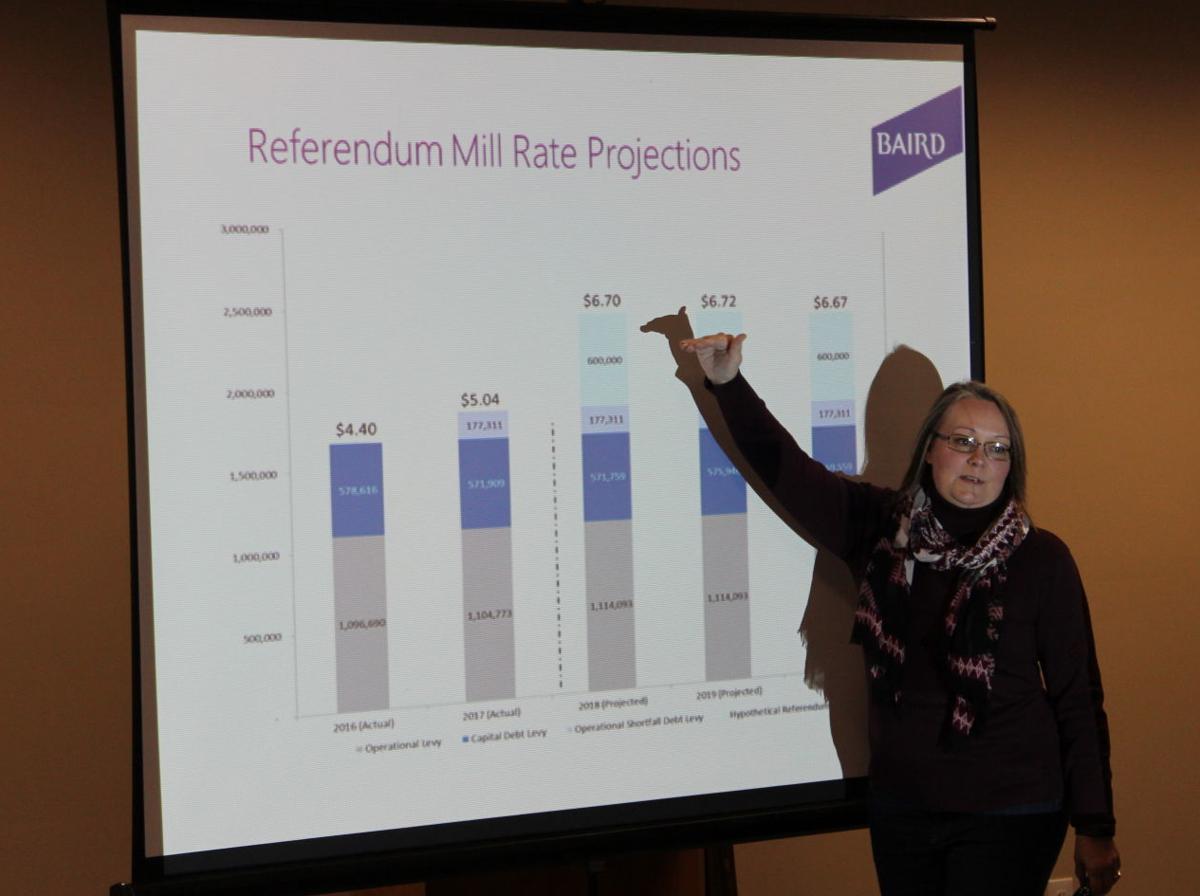 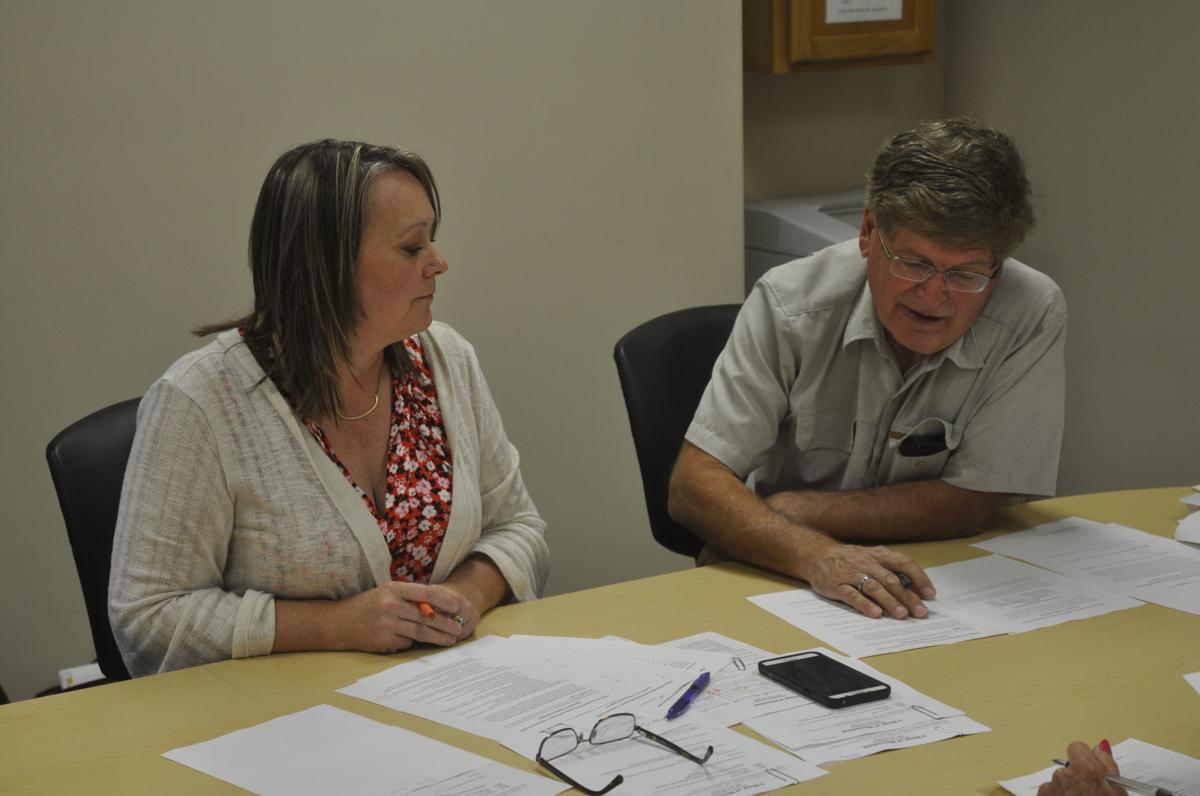 Becky Gallagher, left, and Steve Doelder, members of the Village of Bloomfield Ad-Hoc Finance Education Committee, evaluate the questions on a public survey regarding the November tax referendum. (Photo by Travis Northern/Regional News)

Among ideas already being tossed around are village carnivals to raise money, and taxes or fees on golf carts, hotel room rentals and tavern gambling devices.

The ad-hoc finance committee is soliciting public ideas and feedback at twice-monthly meetings planned until November at the Bloomfield Town Hall following regular village board meetings.

“The intent of this is to do something different than we are doing now,” committee chairwoman Becky Gallagher said.

When the village incorporated in 2011, organizers expected to include the entire town of Bloomfield in the new village. But surrounding residents opposed annexation, which led to an inadequate property tax base to fund the new village.

As a result, the village has run up millions of dollars in debts, while struggling to identify sustainable sources of revenue for law enforcement, public works and other basic services.

Last year, voters turned down a referendum that would have authorized property tax increases of up to $3 million over the five years. The measure failed by a 2-1 margin, with 1,118 people opposed to the referendum and 480 in favor.

Opponents questioned what the village could do to generate revenue without raising property taxes.

“I want to be able to answer that question,” Gallagher said, “and say we have tried 50 other things or succeeded in doing 10 things.”

In a Sept. 4 meeting at the town hall, the committee took public input and discussed local government finances with about 10 people who turned out.

Aronson and others hope the committee will hear many ideas from the public. The committee plans to post information on the village website to promote more public discussion.

“What is this going to do? just give us more ideas,” Aronson said.

Aronson cautioned that some ideas may not be feasible if they do not generate enough revenue. Some individuals might bring up ideas that cost money.

“If it costs more than we can take in, then it won’t work,” he said.

The suggestions so far have included charging registration fees for golf carts, ATVs and other vehicles. There was also the suggestion of a rental fee for use of Pell Lake for boat races. And another idea was hosting carnivals to raise money for the village.

Aronson suggested that the village could collect a tax on hotel and motel room rentals, as well as bed and breakfasts.

Village trustee Susan Bernstein suggested that the village could have an ordinance involving house rentals and making sure every such property is up to code. Bernstein said a similar ordinance was passed in Delavan, and she suggested looking at that ordinance to see how similar fees could be structured in Bloomfield.

As Bernstein described it, fees could be collected on properties that require inspections to ensure they are in compliance with local codes before the properties are sold or rented.

“They are many properties that are not brought up to code,” she said. “So I think this would be a win-win.”

Gallagher said that the Delavan proposal was an example of learning from solutions tried in other communities.

“I think every idea is important to explore, and what other municipalities do should help guide us,” Gallagher said. “Obviously, every idea they do would not be appropriate for our community, but using them as a resource is not a bad idea.”

At future meetings of the ac hoc group, officials plan to spend at least 15 minutes brainstorming about suggestions, and trying to keep making progress.

Gallagher said she was pleased with some of the ideas brought up already, and she is glad to see the public coming forward.

“There is nothing that I saw that I was ready to jump on, because they all need to be digested, explored and expanded,” she said.

But, she added: “There are definitely some potential things that I had not thought of.”

Becky Gallagher, left, and Steve Doelder, members of the Village of Bloomfield Ad-Hoc Finance Education Committee, evaluate the questions on a public survey regarding the November tax referendum. (Photo by Travis Northern/Regional News)