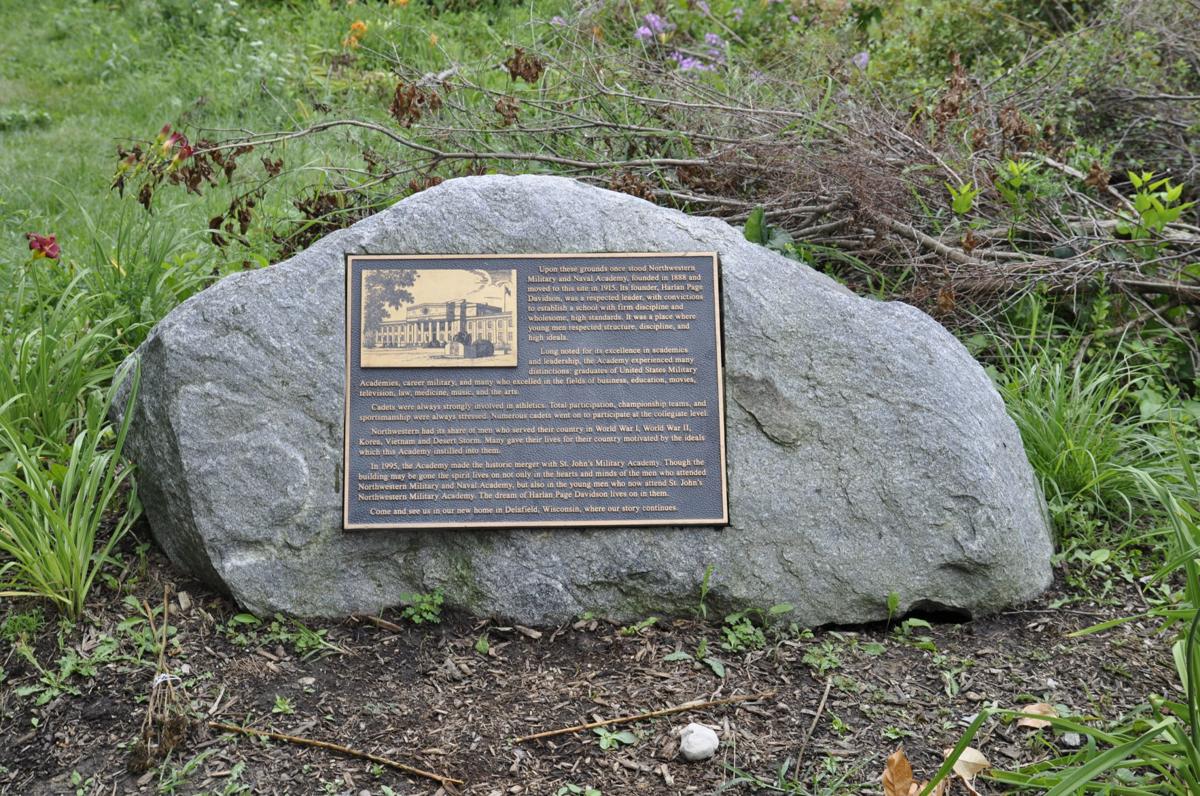 The monument marking the 10th anniversary of the closure of Northwestern Military and Naval Academy stands on Shadow Lane in the town of Linn. 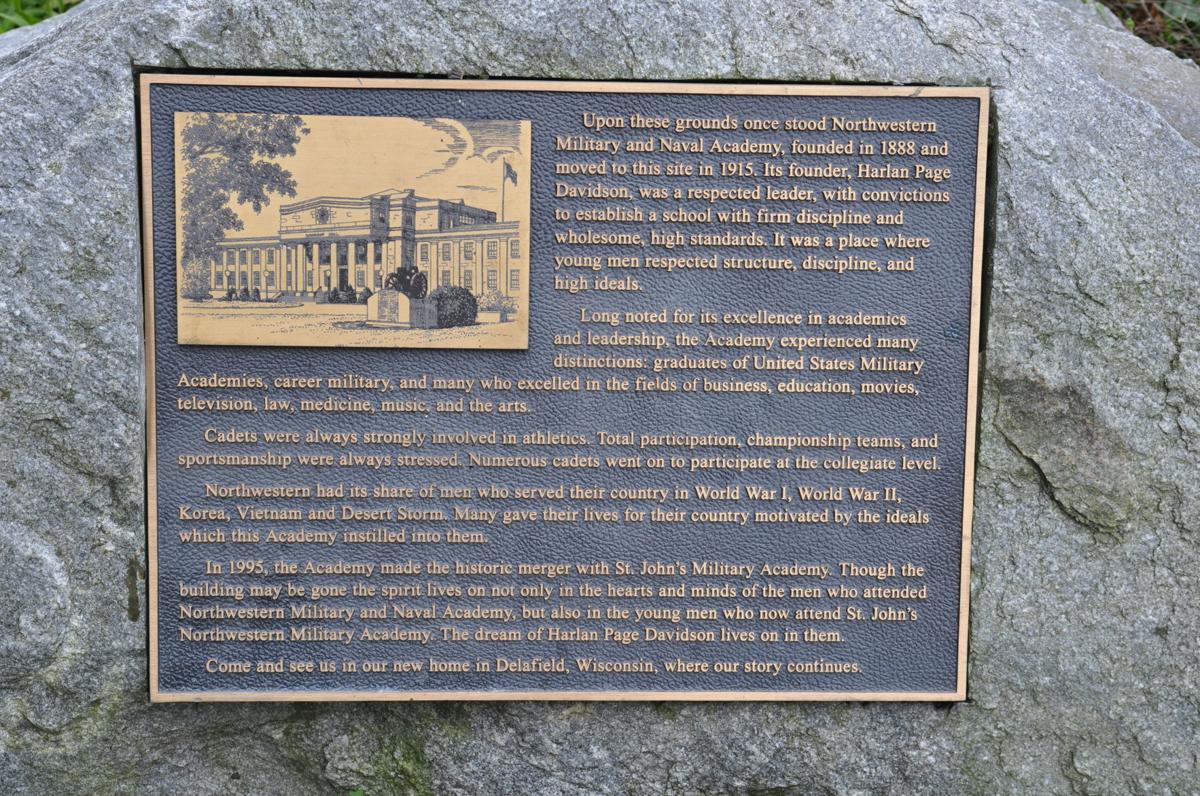 A plaque erected in 2005 on the 10th anniversary of the academy's closure reads: "Though the building may be gone, the spirit lives on." 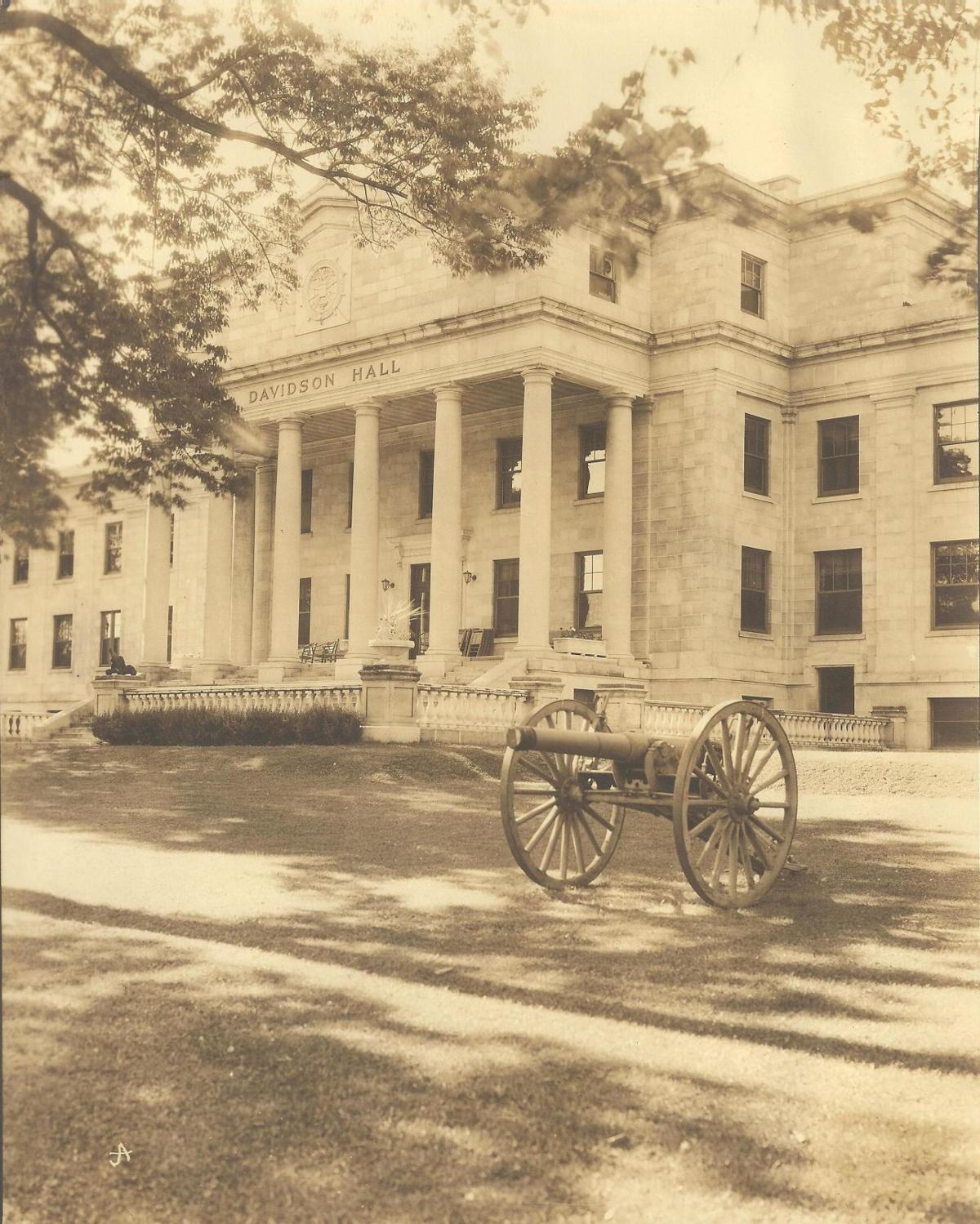 The Northwestern Military and Naval Academy, shown before the academy closed in 1995, operated on the lakefront in the town of Linn for 80 years.

TOWN OF LINN — A historic monument to the former Northwestern Military and Naval Academy could be coming home.

Just in time for the 25th anniversary of the academy’s closure, plans are in the works to return the large stone monument back to where the academy once stood.

Town officials are working with academy alumni to move the monument to the South Shore Club, an upscale neighborhood of homes built on the military academy lakefront site after the school closed.

Located on nearby Shadow Lane, the monument includes a rock bearing a plaque that was dedicated in 2005 to commemorate the 10-year anniversary of the academy’s closure.

Next year will mark the 25th anniversary.

“We are looking at moving the rock so that it is on the old academy property,” White said.

Starting in 1915, Northwestern Military and Naval Academy graced the shores of Geneva Lake in the town of Linn for more than 80 years. Its alumni included many celebrated figures, including movie legend Spencer Tracy and Curtis Roosevelt, a grandson of President Franklin D. Roosevelt.

But the school closed in 1995 after merging with another academy in the Waukesha County community of Delafield.

In Delafield, the surviving St. John’s Northwestern Military Academy continues to this day.

Christine Jacobson Brookes, whose father was president of the town of Linn academy from 1944 to 1972, is assisting with plans for relocating the monument.

Brookes, the daughter of the Rev. James Howard Jacobson, said she was contacted by someone from South Shore Club last year about moving the monument to the residential community.

Brookes said she consulted with several academy alumni and found them supportive of the idea.

“They agreed that the placement by the shore path on the academy would be appropriate,” she said. “They are supportive of the move as the 25th anniversary of the merger approaches.”

Because the stone with the plaque is situated near the Geneva Lake shoreline on Shadow Lane, officials think they might need approval from the state Department of Natural Resources.

Since the monument was placed near the lakefront 15 years ago, officials say, state regulations have tightened up to require permits for any sort of landscaping near the water.

Town Chairman Jim Weiss said the monument is within 75 feet of the lakeshore.

“There are restrictions of what you can do within that area,” Weiss said.

Town Board member Christine Jones said she is concerned that the state might require a permit fee for the monument move. If so, Jones said, she does not want local taxpayers to pay for the fee.

“That fee should not be the town’s expense,” Jones said. “It should be the people who want the rock.”

Brookes credited White with doing much of the research and planning needed to move the monument back to the former academy site.

White noted that the Northwestern Military and Naval Academy served dozens of students each year, some from outside of Wisconsin. As a boarding school, the academy became home to students during the school year.

Alumni still return to reminisce and hold reunions each year around Memorial Day, he said.

“Especially with them staying there and living there,” he said, “they have a lot of connections to the area — and each other.”

The monument marking the 10th anniversary of the closure of Northwestern Military and Naval Academy stands on Shadow Lane in the town of Linn.

A plaque erected in 2005 on the 10th anniversary of the academy's closure reads: "Though the building may be gone, the spirit lives on."

The Northwestern Military and Naval Academy, shown before the academy closed in 1995, operated on the lakefront in the town of Linn for 80 years.