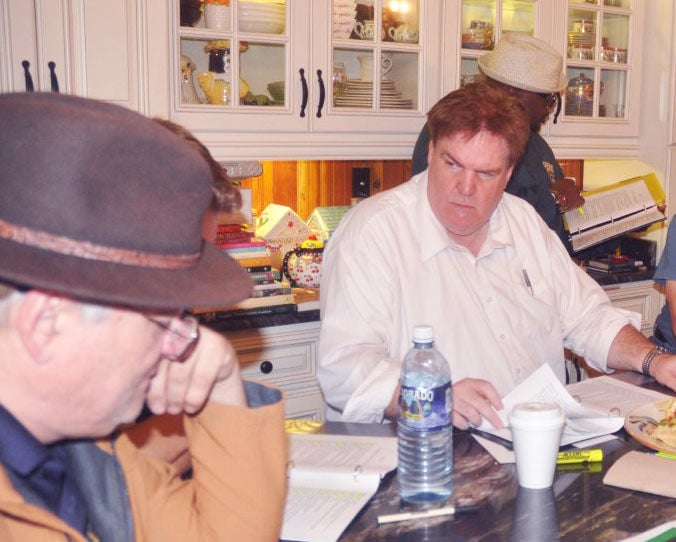 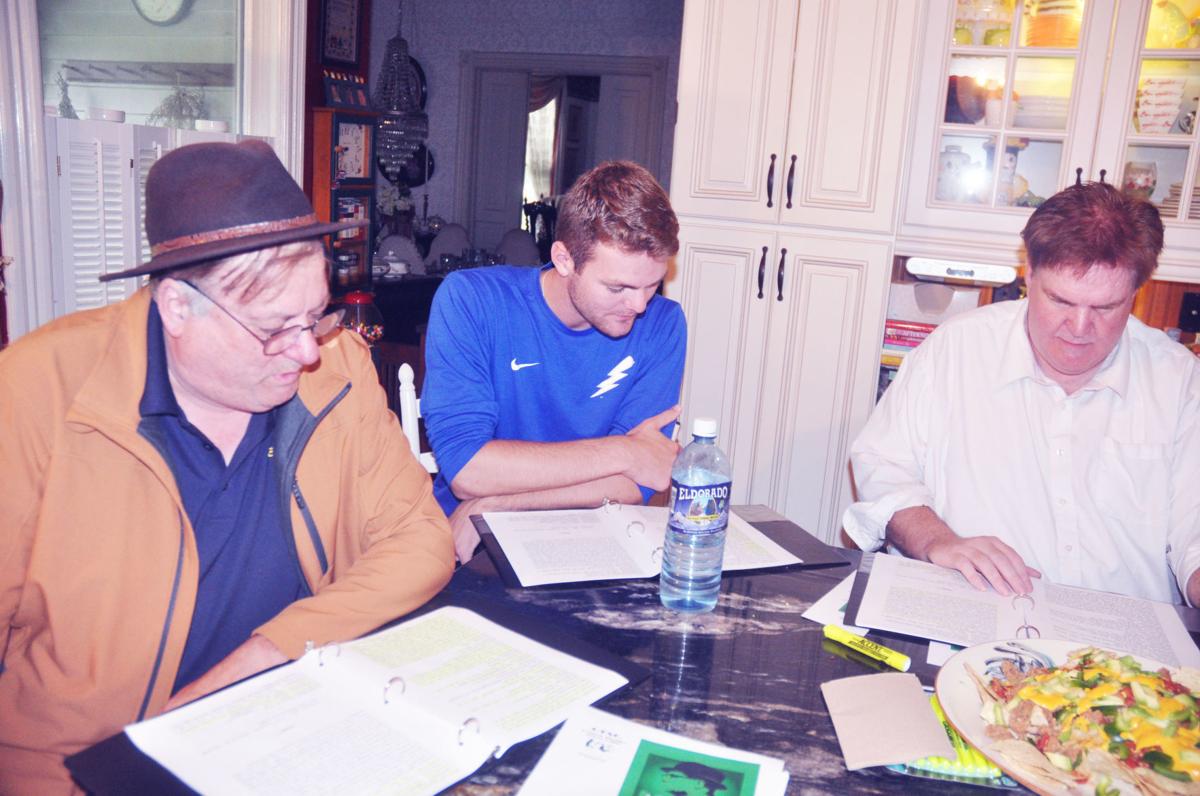 Vince Lombardi, whose Green Bay Packers coaching career led him to the NFL Hall of Fame, is being remembered in a stage play in downtown Lake Geneva. 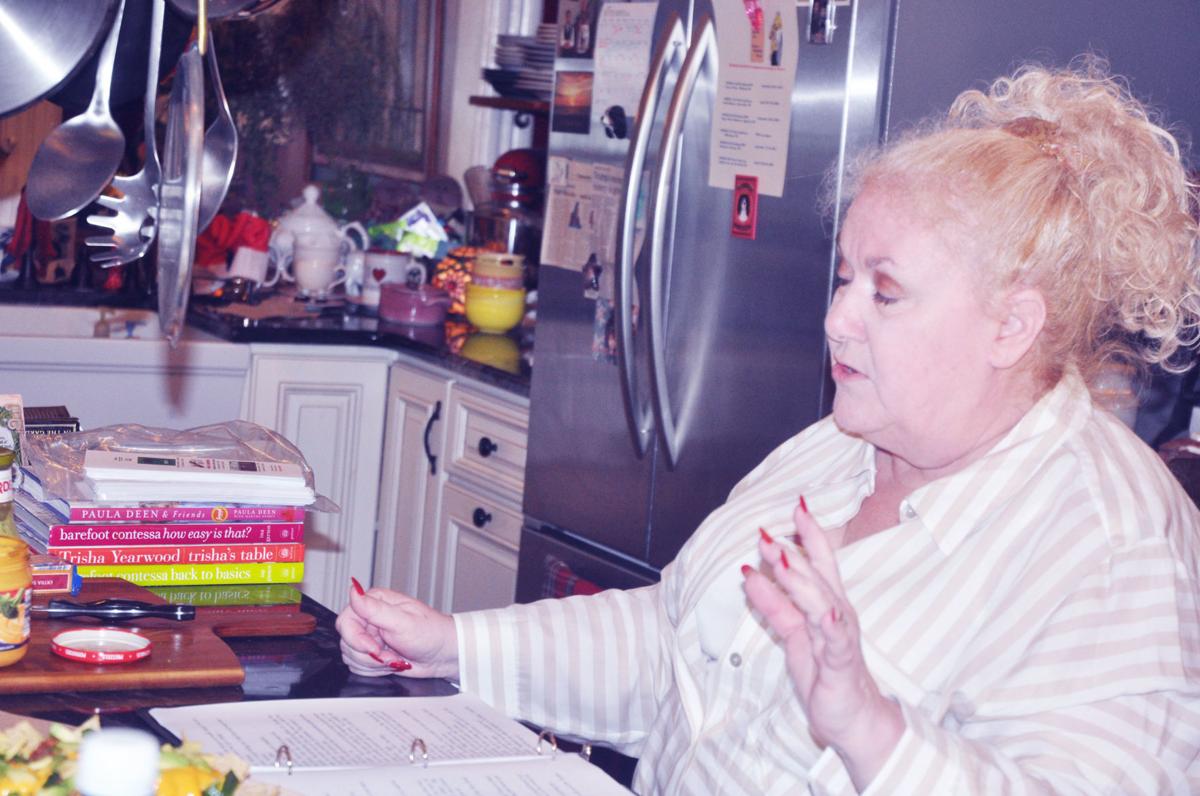 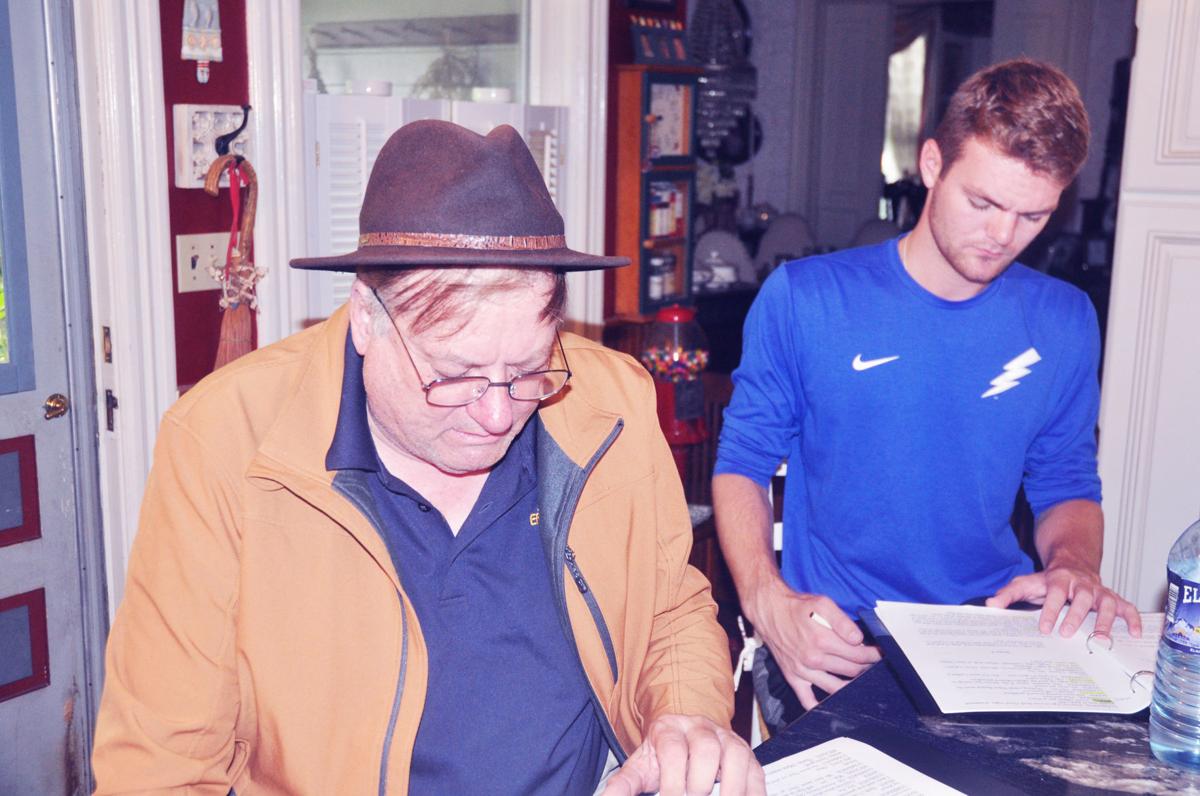 Harold Johnson, left, and Nick Robison study their lines during a rehearsal session.

The play is based on interviews that Lombardi conducted with a reporter, discussing his life and his Hall of Fame football coaching career.

The reporter used the interviews to write a biography entitled “When Pride Still Mattered: A Life of Vince Lombardi,” which later was adapted into the stage play.

The Lake Geneva production will be a readers play, which means actors will have scripts in hand on stage. But they also will be in costumes and will working hard to deliver the characters who are so familiar to fans of Green Bay football.

In the title role is actor James McClure, who said that being a Packers fan since childhood makes portraying Lombardi the role of a lifetime.

“I’m a big fan,” McClure said. “I’m really humbled to be playing him.”

To prepare for the role, McClure read the biography and watched YouTube videos of Lombardi interviews and speeches to study the coach’s mannerisms and demeanor.

Powers, who portrays Lombardi’s wife, Marie Lombardi, said she and McClure have been working hard trying to perfect the couple’s accents.

“The Lombardi’s were from New Jersey,” Powers said. “So, we’re doing our best to make a New Jersey sound.”

“Lombardi” is the first play in the actors guild’s 2019-2020 season, which continues until June with several other scheduled shows. The group decided to kick off the season with “Lombardi” to coincide with the start of the football season and with the National Football League’s 100th anniversary.

“We do like our first show to be a little special,” Powers said.

McClure learned some interesting background about Lombardi, such as the coach worked as a banker and insurance salesman during the off season early in his football coaching career.

Powers said preparing for the play has been a learning experience for her, too.

“For me it was all new information,” she said, “because I don’t know anything about football.”

Cast member Harold Johnson, who portrays Packer player Paul Hornung, said he has watched videos of Hornung. Johnson plans to dye his hair blonde, as Hornung had blonde hair and was known as the “Golden Boy.”

“I always try to adjust my hairdo,” Johnson said. “It’s probably the first time I will ever be blonde.”

Even though “Lombardi” will be presented as a readers play, the actors will be in costume and will enter and exit scenes like normal. The cast was planning only four full rehearsals.

“Most of us have had a lot of experience on stage, so we know where to move and when to move,” Powers said.

Johnson said even though performers do not have to memorize lines in a reader play, there are still challenges, because it is difficult to act out certain scenes.

For example, he said, “It’s really tough to do romance other than with your voice, when you have a script in your hand.”

McClure said he is confident that audience members will enjoy “Lombardi,” regardless of whether they are football fans.

“It’s an interesting study of a driven man and his wife, and his relationship with his players,” McClure said.

The cost to attend “Lombardi” is a $10 suggested donation, with the proceeds being donated to Special Olympics Wisconsin. The donations are voluntary.

“We love to have an audience,” Powers said. “We’re just grateful that they want to come.”

Ice castles may reopen next weekend

Ice castles at the Geneva National Resort will only be open for two more days before closing for season due to warm weather.

Ice castles may reopen next weekend

Ice castles at the Geneva National Resort will only be open for two more days before closing for season due to warm weather.

Parking compromise would increase downtown rates to $2 an hour

Motorists in Lake Geneva may find parking rates boosted to $2 an hour throughout the downtown, rather than pay a $3-an-hour premium to park al…

Vince Lombardi, whose Green Bay Packers coaching career led him to the NFL Hall of Fame, is being remembered in a stage play in downtown Lake Geneva.

Harold Johnson, left, and Nick Robison study their lines during a rehearsal session. 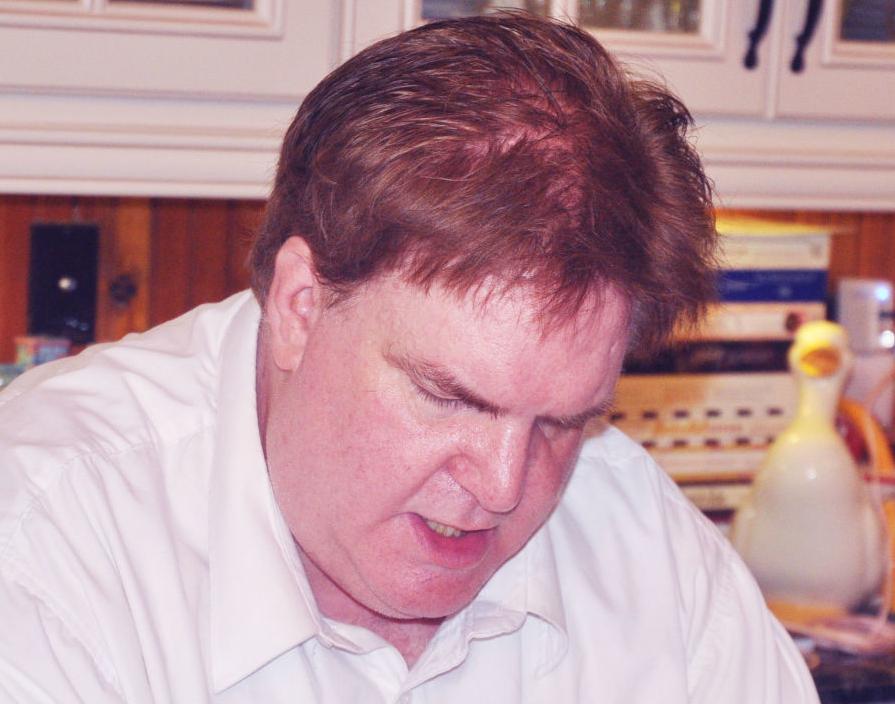 James McClure, who portrays Vince Lombardi in the upcoming production of “Lombardi,” goes over his lines during a recent rehearsal.