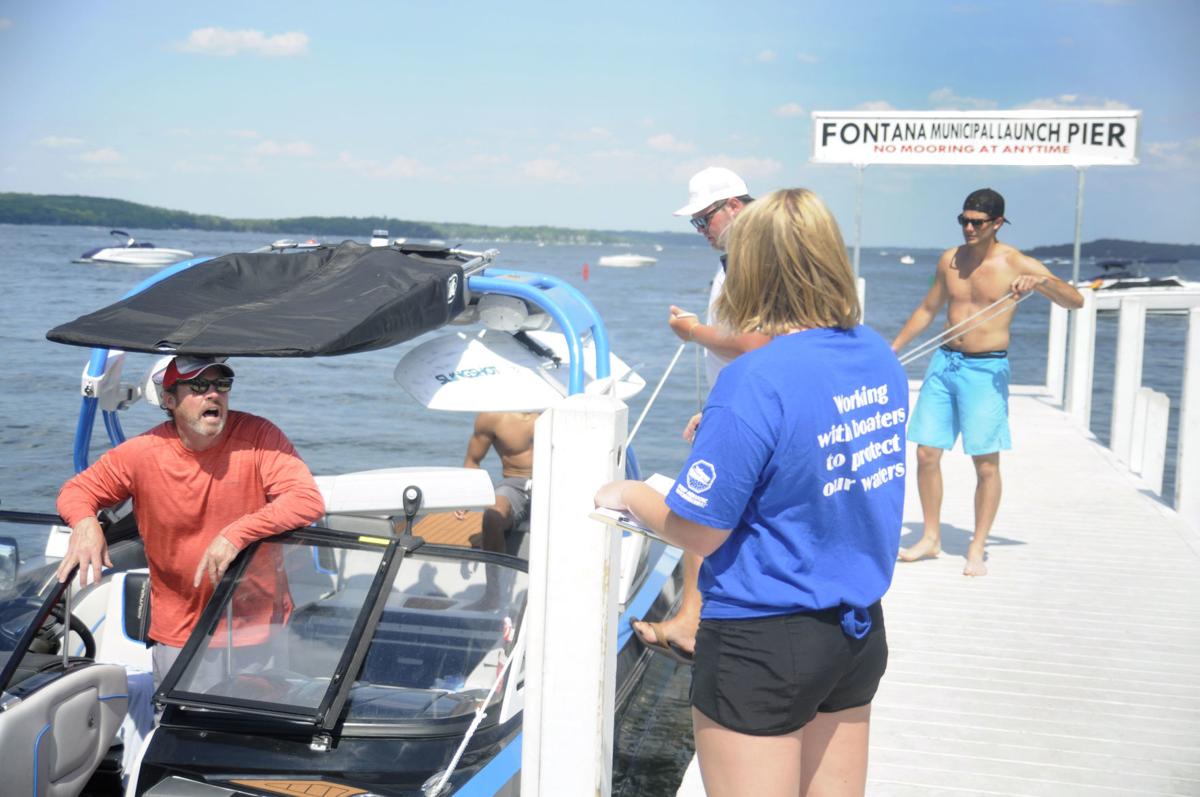 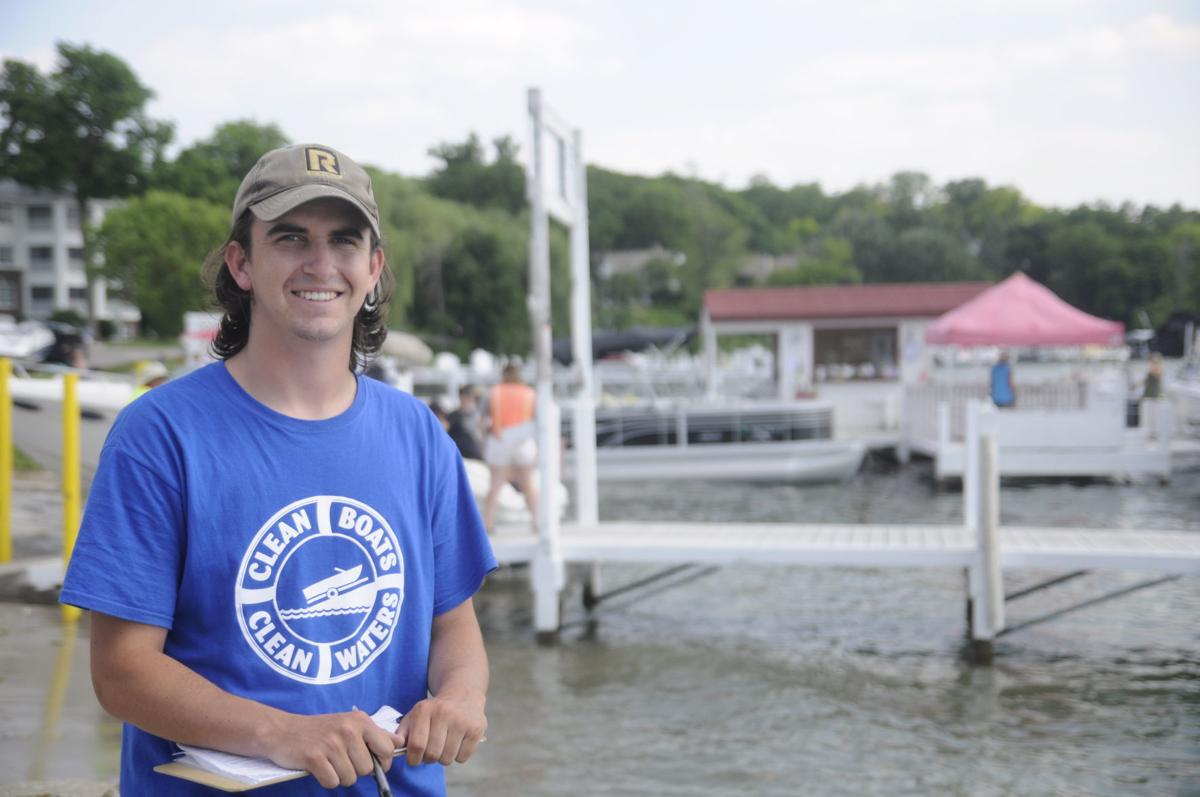 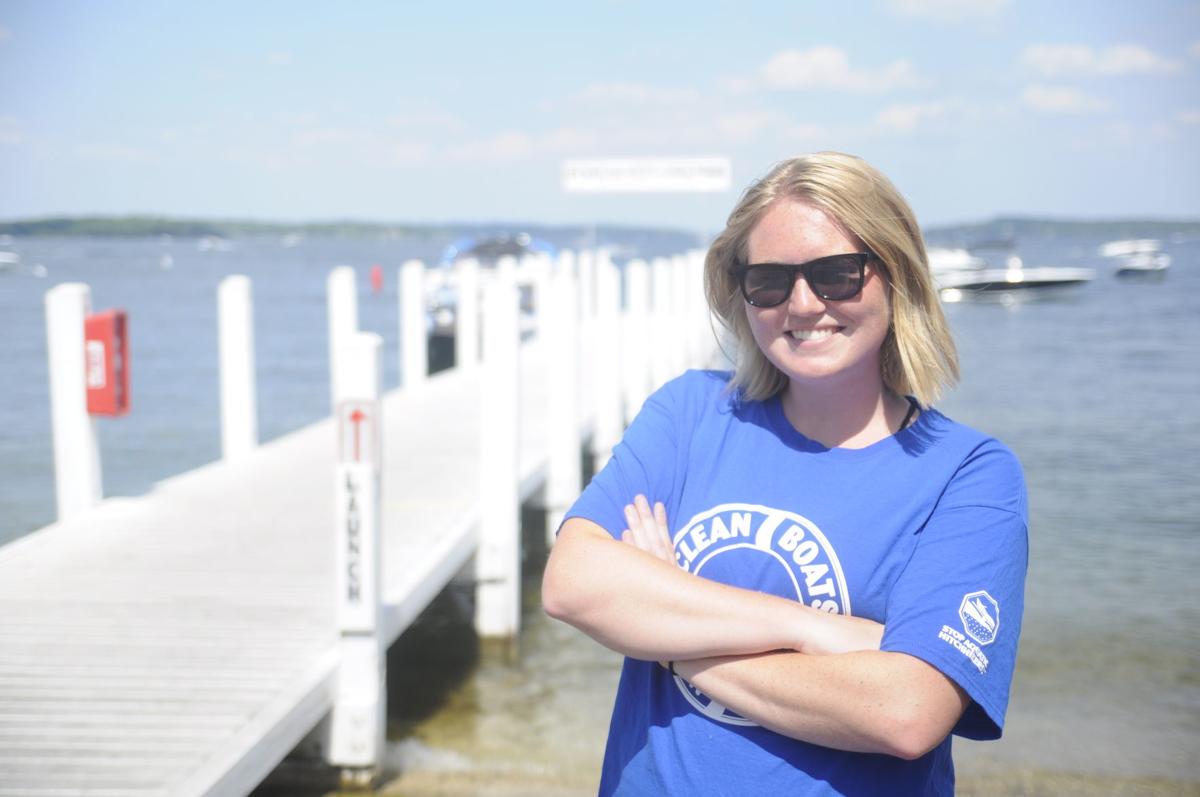 WILLIAMS BAY – In the first two weeks of the Clean Boats, Clean Waters program aimed at reducing the spread of invasive species, more than 750 boats have been surveyed on Geneva Lake.

The Clean Boats, Clean Waters program stations inspectors at public boat launches throughout the lake to educate boaters about invasive species and to perform inspections that catch invaders attached to vessels.

With unwanted species like zebra mussels, starry stonewort and banded mystery snails already inhabiting Geneva Lake, inspections conducted by the trained staff members can keep the species from spreading from one lake to another.

Four inspectors, funded under the program at $12-an-hour, monitor Geneva Lake boat ramps during peak busy times, and also speak with boaters about what they can to reduce the spread of invasive species.

While local municipalities have sometimes enlisted staff to perform inspections in the past, the Clean Boats, Clean Waters program is the first to staff inspectors around the entire lake.

Boater Geof Clippert of St. Charles, Illinois, launched his boat June 19 in Fontana, saying that he was pleased to see a program in place to educate people about the importance of controlling invasive species.

“I think programs like this are fantastic, just from an educational standpoint,” Clippert said.

The inspectors work weekends, holidays and some weekdays at the main boat launches in Williams Bay, Fontana, Lake Geneva and the town of Linn.

In addition to conducting inspections, the inspectors survey boaters on their familiarity with the Clean Boats, Clean Waters program and their travel history with the boat.

Ted Peters, director of the Geneva Lake Environmental Agency, said since the program started June 3, inspectors have collectively spent 155 hours at the launches and surveyed more than 760 boaters.

Peters said he believes a majority of boaters coming to Geneva Lake are unfamiliar with the Clean Boats, Clean Waters program. Having conversations with boaters about reducing the spread of invasive species can help them develop proper boat etiquette, he said.

“If they’re new to the idea, hopefully we put something into their minds that they follow through every time that they go,” he said.

Matt Cranny, a boat inspector spending the summer in Lake Geneva, said in his first two weeks as an inspector, he already made a difference in controlling the spread of invasive species by educating boaters and removing plant life from boats and trailers.

“Just talking to people, making them more aware of the program, and just taking a little seaweed off — that’s all you need to do,” Cranny said.

Cranny said he was surprised this was the first year for such a program on Geneva Lake. He wished it had been implemented earlier, before invasive species like starry stonewort came to the lake.

Peters said with increased traffic coming to the lake from areas where coronavirus restrictions are more prominent, the program came at a good time. He added that some boaters have been coming to Geneva Lake from other lakes with no-wake policies.

“Not only are they coming up here to get away from the restrictions of the pandemic down in Illinois, but they’re also coming up because conditions on their boating lake aren’t as good as Lake Geneva,” he said.

Peters said at the end of the summer season, the survey information will be gathered and used to develop an approach to next year’s program. With so many repeat visitors to the lake, Peters said, inspectors may not need to spend as much time at launches once boaters build good habits of checking their boats for plant life.

Beth & friends in the theater