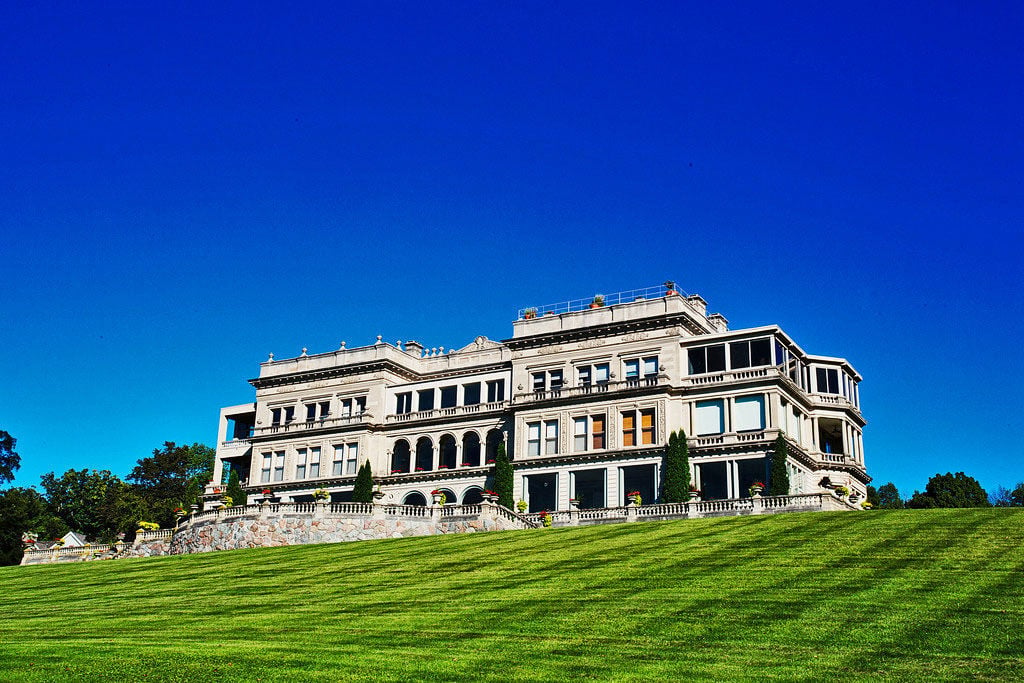 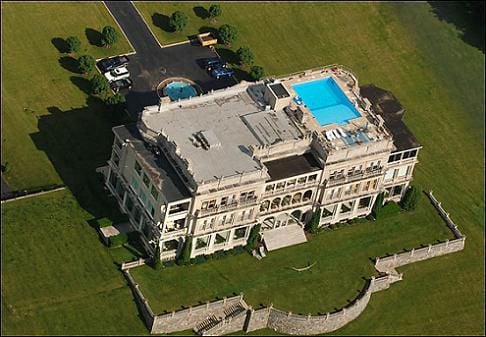 Stone Manor stands on the eastern shore of Geneva Lake, and neighbors Albert and Geraldine Hinton have an easement that allows them to launch a boat from the property.

The granddaddy of all lakefront mansions on Geneva Lake is getting a makeover from a California buyer who has spent millions to acquire the property piece by piece.

Stone Manor, built more than a century ago, is the largest estate on the lake and is arguably the most iconic public image of Lake Geneva opulence.

Over the past 14 months or so, buyer Tina Trahan has completed five separate purchases ranging from $1 million to $6 million to amass nearly the entire three-story property, now a condominium complex.

Trahan, whose husband is president of the Starz cable TV network, said she is restoring and updating the property with plans to use it as a summer vacation spot for her family.

In a telephone interview from her home near Los Angeles, Trahan said she is enamored with Stone Manor and has no plans to resell it. She said she is investing heavily in an interior remodeling that is “bringing the building back to life.”

“I’m going deep and getting things done,” she said. “When it’s done, you have to come see it. It’s going to take your breath away.”

Located at 880 S. Lake Shore Drive, Stone Manor was built in 1900 and has since undergone several ownership changes and reconfigurations. Since the 1970s, the massive building has been divided into high-priced condominiums with separate individual owners.

Despite a somewhat checkered history, the property is highly regarded in the community as both a historic structure and as a widely recognized symbol of Lake Geneva grandeur.

As word of Trahan’s acquisition spreads, those familiar with Stone Manor are expressing excitement — and a little bit of trepidation.

Local historian Jim Davis, who has written a book about Stone Manor, said the sale has stirred apprehension in some circles, because nobody is certain about Trahan’s intentions for the property.

Although the remodeling work so far appears high quality, Davis said, it could also impact some of the building’s historic elements.

“People are a little nervous,” he said. “When you buy something, you can do what you want with it.”

Real estate broker David Curry, on the other hand, said he welcomes Trahan’s interest in Lake Geneva, as well as her willingness to invest millions in a highly significant property.

Curry, who represented one of the Stone Manor sellers in a deal with Trahan, said it would be good for the real estate market if the 40,000-square-foot mansion were transformed from a condominium property back into a traditional residential estate with one owner.

“That’s a fantastic thing for the market,” he said. “When money doesn’t seem to be an obstacle, why not do what you want?”

Trahan began her Stone Manor buying spree in late 2016 when she spent about $6 million for the entire first floor. Once occupied by a restaurant, the first floor has remained a single undivided section of the building.

Trahan followed with rapid-fire acquisitions of condominiums on the second and third floors. According to Walworth County real estate records, she bought one condominium in March 2017 for $1 million, two more in August 2017 for $3.4 million each, and another in November for $2.2 million.

That makes her investment $16 million so far, and it puts her just one condominium away from controlling the entire property.

Trahan said she will purchase the final condominium when it becomes available, but she does not plan to pressure the owner to leave.

She said she has plenty of work to do on the rest of the property, which she said was showing signs of age and neglect when she bought it. An outdoor fountain was cracked, the roof was leaking, windows were rotting, mold was growing under the wallpaper, and hand rails were rusty, she said.

Rather than jeopardizing the property’s historic value, she said, she is keeping the historic character intact while removing outdated and deteriorated fixtures and furnishings.

The best part of the overall effort, she added, has been connecting with contractors and others in the community who have been provided good-paying jobs on the project — and have been able to improve life for their own families.

Estimating that she already has spent more than $1 million on repairs and remodeling, Trahan said work will likely continue for at least another year.

“It’s going to be a long road with these renovations,” she said. “It’s a beast. And there’s a lot to do.”

Originally known as Younglands, the mansion was built by Chicago businessman Otto Young as a summer vacation home for his family. The original estate included about 50 rooms, including a billiards room, a music room, multiple kitchens, marble and gold-plated fixtures, guest quarters, and a dining room that seated 100 people.

Young died six years after the home was completed, and his wife and children lost interest in the place. The family donated it in the 1930s to a church that opened a private school, but the school lasted only a few years.

After the county seized the property for unpaid taxes in the 1960s, a new owner converted the first floor into a restaurant and the upper floors into condominiums, along with a new swimming pool on the roof. The restaurant closed in 1978, while the upscale condos continued to attract a variety of private owners.

All the while, Stone Manor remained a highly visible presence on the eastern shore of Geneva Lake. Other mansions sprang up around the lake, but none could compete with the size and splendor of Otto Young’s vision.

“We’re very proud of Stone Manor being here on the lake,” Ewing said. “This would not be the same place without it.”

Neighbor Tom Van Maren, who has lived nearby for 18 years, said Stone Manor had been relatively quiet for a long time. Since Trahan started buying up the place, there have been numerous signs of activity, with contractors coming and going.

Van Maren said he welcomes the Los Angeles buyer to the neighborhood, and he hopes she enjoys success with her efforts to remodel Stone Manor.

“People have money and want to be in nice places,” he said. “And Lake Geneva is a nice place.”

Trahan, who grew up in the Chicago suburbs, said she thought of Lake Geneva when she and her husband were looking for a summer vacation home. When she heard that Stone Manor’s first floor was for sale, she toured the property and was smitten.

Although the interior needed updating and the existence of condominiums seemed odd, she was impressed with the size of the 11-acre property, as well as the lakefront location and the scenic view.

“When I left, I couldn’t stop thinking about it,” she said. “It’s just so beautiful.”

Trahan said she plans to spend about six weeks each summer at Stone Manor with her husband and her two children, ages 7 and 12. She emphasized that she is investing in the property not to resell it, but to create a special place for her family.

“I’ve never been anywhere like it,” she said. “I’d like to keep it in the family for generations.”

Stone Manor stands on the eastern shore of Geneva Lake, and neighbors Albert and Geraldine Hinton have an easement that allows them to launch a boat from the property. 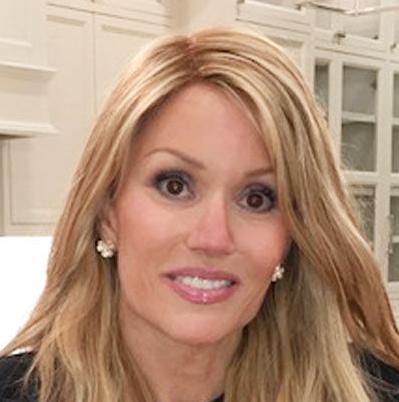