ROCHESTER — A massive fire destroyed Ela Orchard’s apple barn on Tuesday morning, Jan. 12, and authorities are still looking into what caused it. The community has also responded largely with support, financial and otherwise.

“Although we are all safe, our apple barn is gone,” Ela Orchard posted in a Tuesday afternoon Facebook status.

The barn, which was built in 1907, was considered a total loss.

The owners of the business plans to press on. “We are hopeful to be selling apples again in the fall, but we have to figure this out,” said Bob Willard, who co-owns the orchard with his wife, Jane, and his cousin, Edwin Ela.

Ela Orchard, located at at 31308 Washington Ave. (Highway D), Rochester, grows numerous varieties of apples and pears, and produces fresh apple cider. When in season, Ela Orchard’s products are sold at several area farmers markets, including the Burlington Farmers Market, and from its Rochester home base.

Edwin Ela’s wife, Wendy Ela, a neighbor to the barn, alerted the family of the fire. Bob Willard said it was a shock at first, and then it sunk in that it was reality.

“This is an extremely sad day for us, but in the larger scheme we are all so grateful for your support and apple-enthusiasm over this particularly difficult year,” Ela Orchard said in its Tuesday afternoon Facebook post. “Gratitude-wise, we are also so thankful for the many firefighters and related professionals who are/were here today from far and wide.”

Jaclyn Trimble, owner of Rochester’s Wholesome Harvest Meals and Tomato Pie Co., started a Facebook fundraiser with $5,000 as the goal. That goal was surpassed quickly and more than $26,000 was raised as of Jan. 18.

“Jane & Bob Willard are two of the most respected & loved members of the community … along with the entire Ela Orchard family. Let’s join together & help them rebuild what we all hold so dear in our hearts,” Trimble wrote in the fundraiser description.

The firefighters did their best, but it ended up a total loss, Bob Willard said. This included the apples left from harvesting last fall and the equipment the family uses for making cider and sorting, selling and storing apples. The barn also stored hay for feeding the family’s sheep.

A fundraiser, which has already raised more than $14,000, to support Ela Orchard is ongoing. To donate, go to bit.ly/3spwkPe. To learn more, go to elaorchard.com.

The orchard usually would have been selling apples left from the fall harvest for another month or so, Bob said: “Luckily, the most of them had already been sold.”

Willard said he doesn’t know the estimated loss in damage costs. “We aren’t nearly that far along,” he said. “We’re focusing on the immediate needs first and we will move to the longer term later.” Willard described the barn as “unique” and “an impressive structure.”

As far as the family knows, there weren’t flammables in the barn, so the cause of the fire seems somewhat of a mystery.

There was no update on the cause of the fire as of Thursday, Jan.14, as it’s still under investigation, according to Biermann.

“At this stage, we have a big cleanup job to do. That’ll be the first thing. We’re going to spend some time thinking toward the future and we don’t have that defined,” Bob said.

The orchard has been in the Ela family since the 1920s and is in its third generation. The fourth generation actively participates in harvest and maintenance as well.

“There are a lot of people in the area who have been our community neighbors and friends,” Willard said.

This has proven to be true. Besides the Facebook fundraiser, the initial Tuesday post was reacted to more than 420 times and shared more than 160 times. More than 150 commenters left words of sadness and support.

“So saddened to hear this tragic news. The loss of this historic building and the loss to this wonderful family is devastating. Thoughts and prayers with all of you,” one Facebook commenter wrote.

“I’ve been coming since I was a kid and now I bring my kids. It is our happy place in the fall months,” another commenter wrote.

Another wrote: “I am so very sorry for your loss. I’m grateful you all are ok. Your family is in my thoughts and prayers. I have so many happy memories at that barn. Please let me know if I can help in any way.”

“The outpouring of love and support over the past day has lifted our spirits in a way that words cannot express,” Ela Orchard responded in a separate post. “The multigenerational memories are priceless. We’re so moved by your generosity, support and willingness to help. We will keep you updated as we finish working through the immediate next steps.”

This story has been updated to include additional owners of the orchard.

Watch now: Ice carousel on Delavan Lake runs on motor and spins ice like a carousel

DELAVAN — Winter can get long in Wisconsin and sometimes you have to get creative to pass the time and go online to get ideas.

Second Pub & Grub Crawl scheduled to be held in May

LAKE GENEVA — An alleged drug dealer is being charged after reportedly selling heroin to a man who overdosed and fell of a roof.

FONTANA — A proposal made by the Abbey Resort to construct on-site, seasonal employee housing has been revoked by the resort after multiple ne… 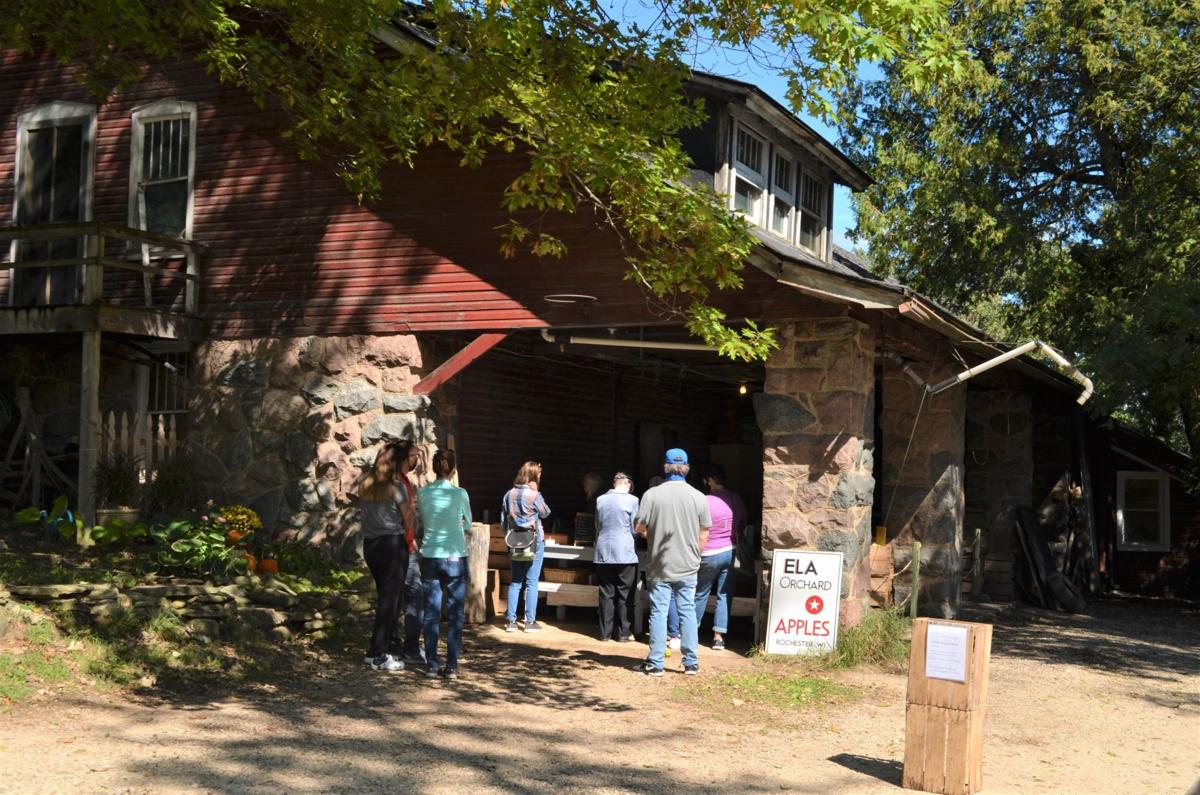 The wood and masonry apple barn, circa 1907, at Ela Orchard, 31308 Washington Ave., Rochester, burned down on Tuesday, Jan. 12. The cause of the fire remains under investigation. It is pictured as it stood in September. 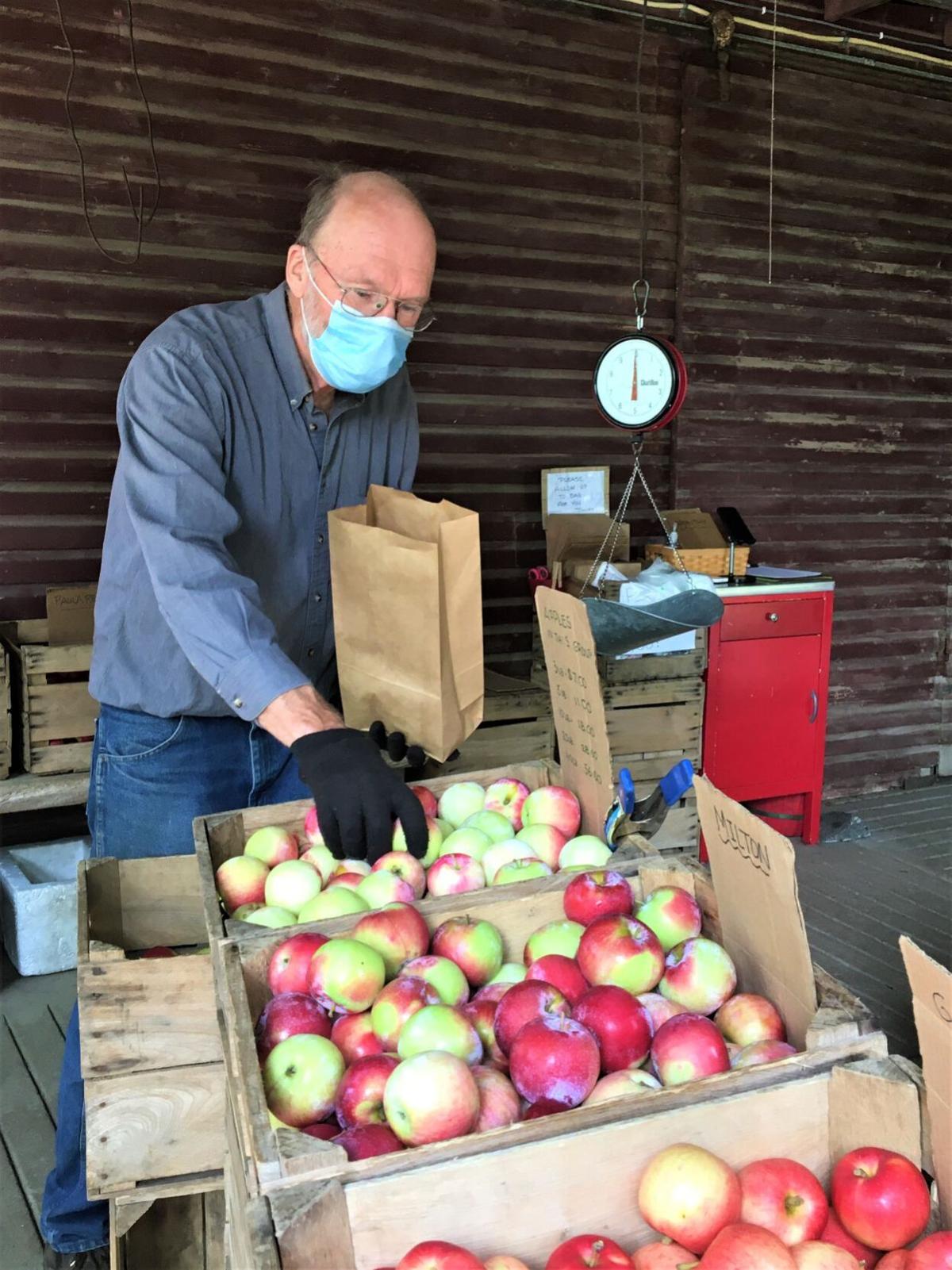 Edwin Ela, a third-generation partner of Ela Orchard in Rochester, bags apples in the apple barn in September 2020.