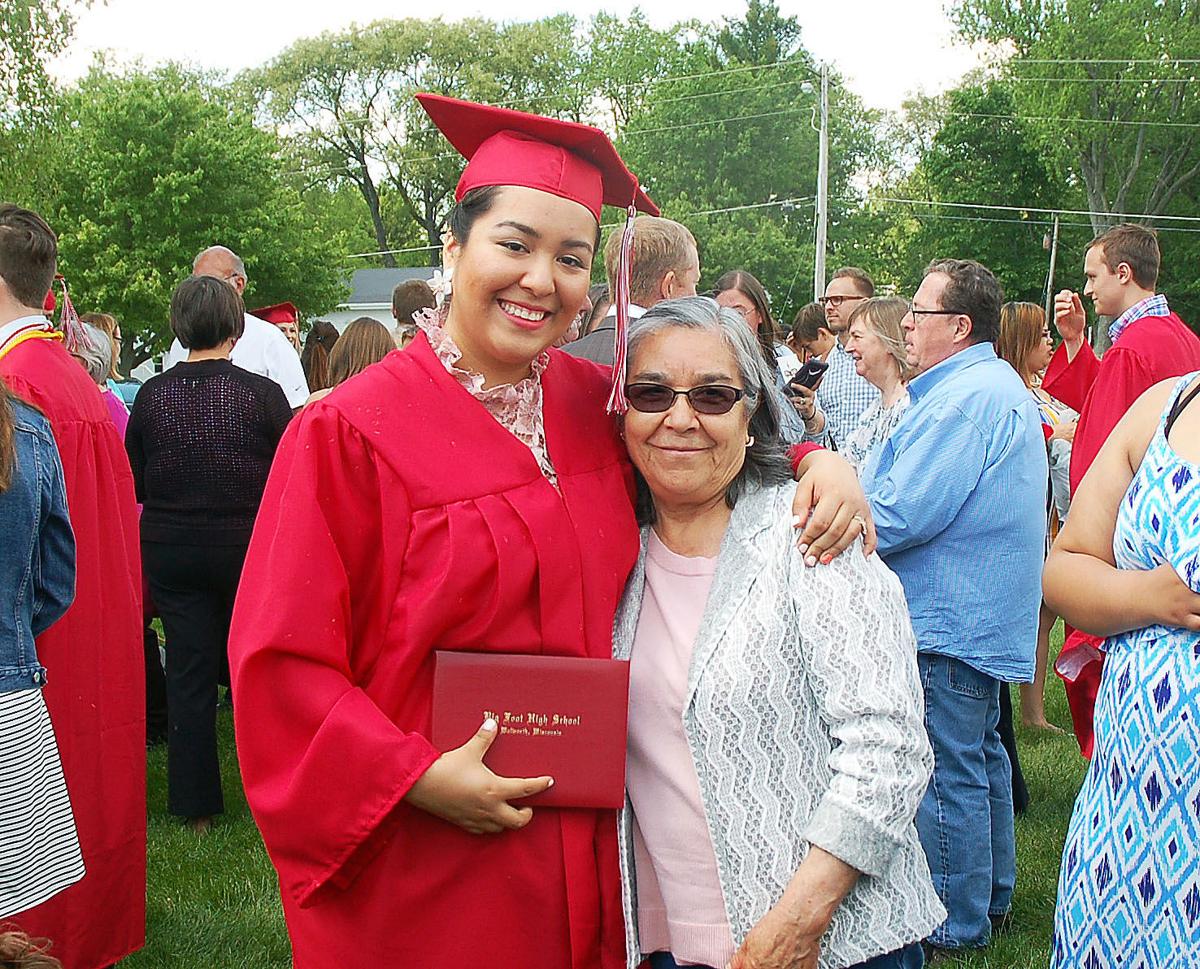 Lilliana Corona, left, celebrates her graduation from Big Foot High School in June 2019 with her grandmother, Teresa Flores, during a traditional ceremony that could be changed this year because of the coronavirus pandemic. 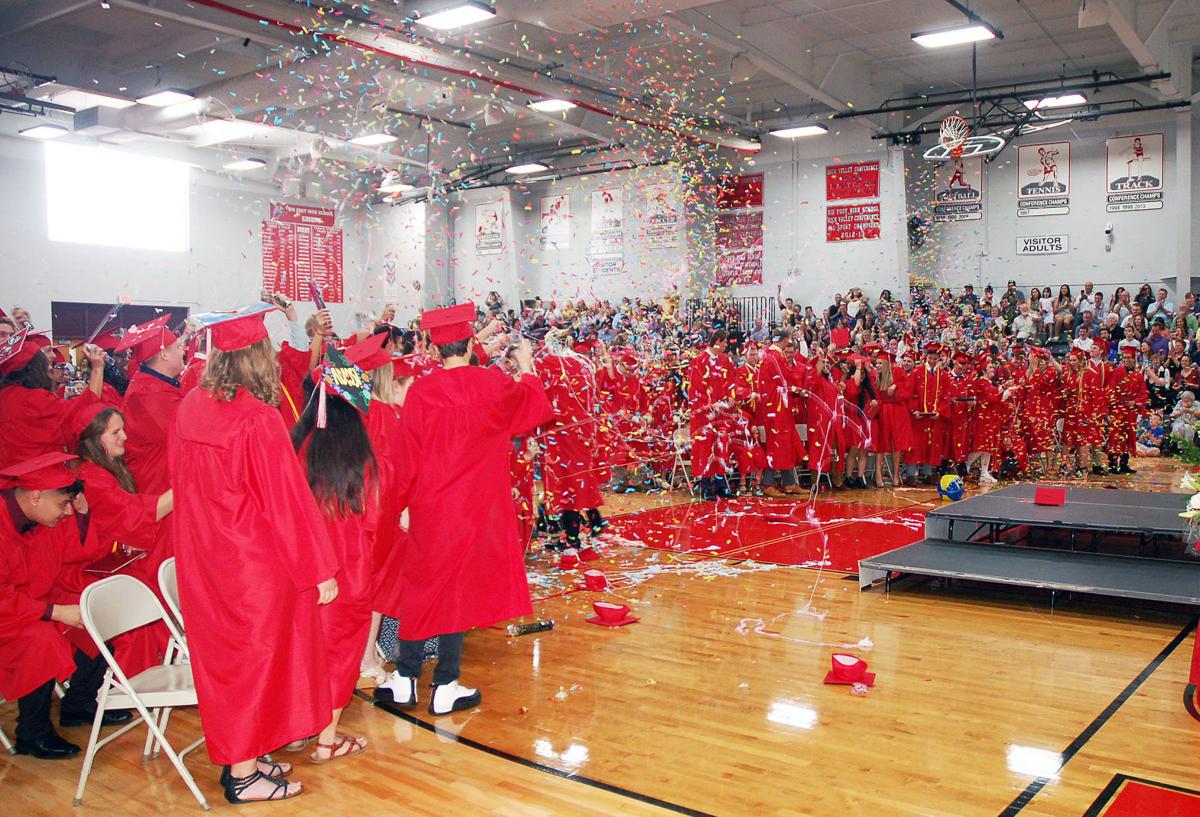 Students of the Big Foot High School class of 2019 fill the air with a celebration in June 2019 during graduation ceremonies in the school gymnasium.

WALWORTH – A parade to recognize graduating Big Foot High School seniors has been approved by village officials and is scheduled for May 31.

A private permit requesting permission from the village to hold the parade was submitted by Walworth resident Theresa Taylor, who wanted to ensure graduating seniors this year felt recognized, after normal end-of-year events were cancelled because of the coronavirus pandemic.

Big Foot joins other schools in the Lake Geneva region in seeking new ways to recognize graduating students under public health guidelines necessitated by the pandemic.

On the conditions that state guidelines for social distancing are followed and that normal traffic laws and ordinances are obeyed, the village board May 11 approved the Big Foot parade request. Early plans for the parade were established before Gov. Tony Evers’ “Safer At Home” order was overturned, making them subject to change.

The parade will allow students and their families to ride in the same vehicles along a route led by local police and emergency response personnel.

Taylor said students would only be allowed to ride with those they share homes with, and follow normal driving laws. This means students will not be allowed to sit in pickup truck beds or ride in trailers.

Police Chief Ryan Milligan said the parade plans have his support and that measures could be put in place to ensure social distancing is practiced during the event, like limiting the time students could gather for the parade and ensuring no groups congregate afterwards.

He added that if students are only allowed to ride in the same cars as their families, the parade would involve less contact with individuals outside of the family than going grocery shopping.

“Once the parade is moving, it will be just like moving traffic, no different than what’s out there right now,” he said during the meeting.

Village trustee Joan Louise Sallee said while she is excited for the parade, being the parent of a graduating Big Foot senior herself. She also wants to ensure student safety from beginning to end.

She added that for the parade to go smoothly, communication between the village, police, students and parents is going to be key.

Milligan said while the parade will rely on self-discipline from the students and families, the fact a permit is being requested for the event is a good indication.

“I appreciate the fact that instead of parents going off and doing something on their own without asking anybody, they’re going through the right steps, in my opinion, to do it right,” he said. “I think that says a lot.”

+9 Photos from the Lake Geneva community

Lilliana Corona, left, celebrates her graduation from Big Foot High School in June 2019 with her grandmother, Teresa Flores, during a traditional ceremony that could be changed this year because of the coronavirus pandemic.

Students of the Big Foot High School class of 2019 fill the air with a celebration in June 2019 during graduation ceremonies in the school gymnasium.