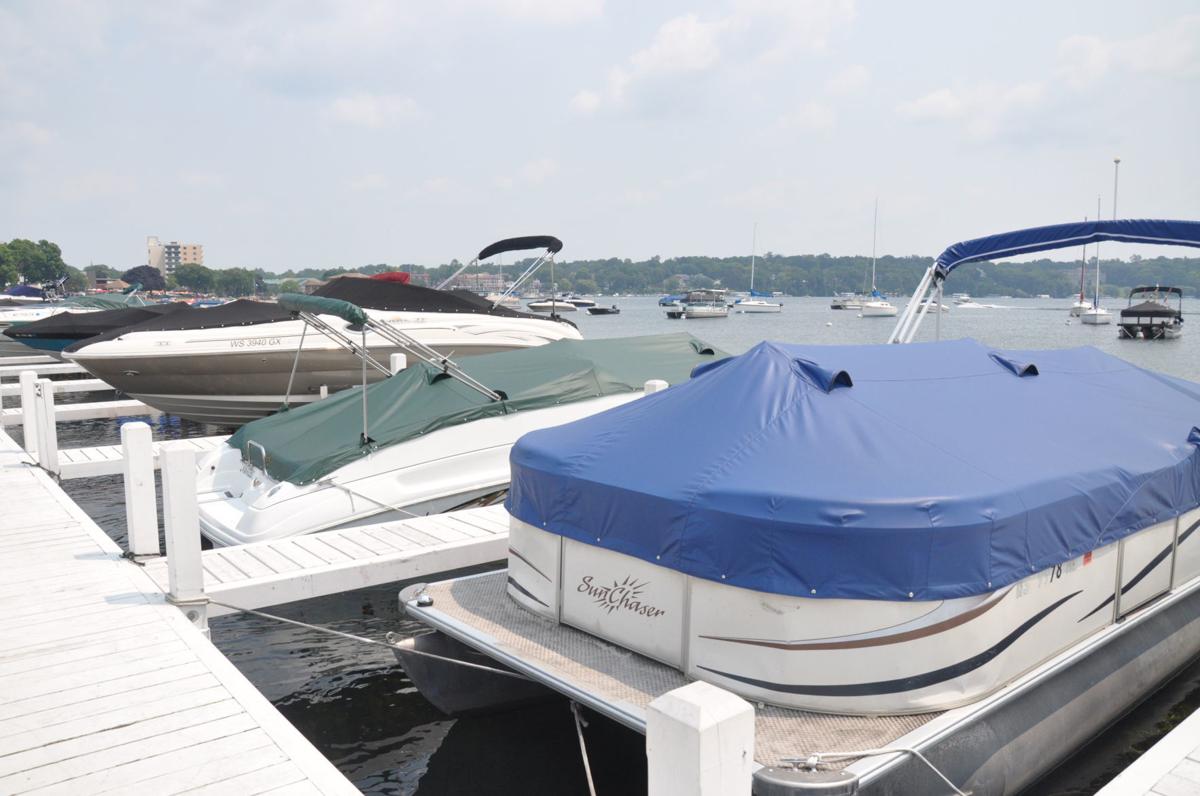 Several boats that have been docked along the west end pier have been vandalized, prompting boat slip renters to ask city officials to install a gate on the pier. 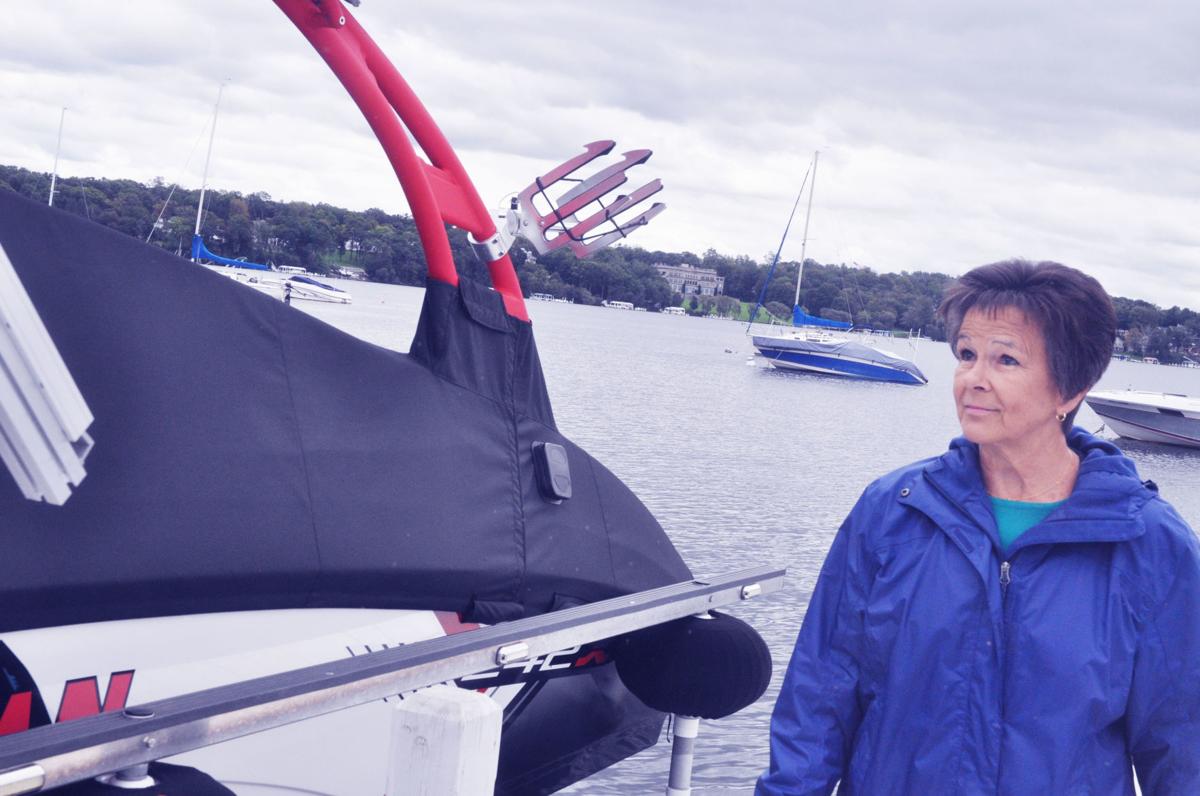 Harbormaster Linda Frame looks over a boat docked at the west end pier last summer to make sure there is no damage.

Boaters who rent slips on Lake Geneva’s west end pier are renewing their push for city officials to improve security on the pier.

Renters have asked city officials in the past to install a security gate because of vandalism and people fishing, swimming and sunbathing on the city-owned structure, which is not allowed.

A group of slip renters raised the issue last year, and city officials installed a sign stating that no fishing, swimming, sunbathing and unleashed dogs are allowed on the pier.

But the public structure remains a popular place for place for people who enjoy getting close to the water — or diving in for a swim.

Boaters now say the sign is not doing the trick and they are again airing their complaints to City Hall.

Cindy and Gerald Yager of Lake Geneva sent a written complaint that there has again been vandalism on the pier, and that some of the rope they use to secure their boat recently went missing.

The couple also reported a group of six unsupervised children jumping off the pier to take a swim.

“It’s only been a few weeks into this season, and we seem to having the same problems we did in the past,” the couple wrote. “The sign doesn’t seem to be working.”

John Walker, another Lake Geneva boater, wrote that he, too, has noticed swimmers, sunbathers and fishermen on the pier. Walker wrote that when he told one fisherman that fishing was not allowed on the pier, that person threatened him.

“He said he would like to have a fight if I didn’t leave the pier,” Walker wrote. “I left the pier and reported the incident to the Lake Geneva Police Department.”

Alderwoman Shari Straube said after reviewing the new complaints from boaters, maybe installing some type of gate structure should be considered on the pier.

Straube said she would not want a locked gate installed on the pier, but possibly a swing gate.

“I don’t know what the right answer is, but I certainly hate to hear that people are getting harassed out there,” she said. “I don’t know how we deal with this in a fair way to everyone.”

Alderman Tim Dunn said he agrees that some type of gate should be installed on the pier to control public access.

Saying he worries that a swimmer could get hurt, Dunn said, “What kind of liability would we have if we didn’t make some kind of effort to prevent that sort of thing from happening?”

Alderwoman Cindy Flower said she is against installing a gate, because the publicly owned pier should be open to the public. She also said she doubts a gate would provide proper security.

“I think there’s other potential solutions other than gating it,” she said.

Harbormaster Linda Frame said she responds to about 10 complaints a day of people either fishing or jumping off the pier.

Frame said that when she tells someone those activities are not allowed, they usually comply.

“My approach is very educational when I talk to them,” she said. “I’ve never had the same people on there more than twice, so there’s no repeat offenders that I’ve been involved with.”

Aldermen said they want to discuss possible options with City Attorney Dan Draper, then discuss the issue again during a July 15 committee meeting.

Video: Rescuers save deer from drowning in Geneva Lake

Watch the dramatic video of wildlife wardens and a bystander rescuing a deer from the waters of Geneva Lake in Williams Bay.

The National Weather Service has reported that a small tornado touched down Monday in Lake Geneva during an afternoon storm.

Among places flooded, besides roadways, was the ChocolateFest grounds.

Prosecutors have accused a man of burglarizing a Lake Geneva liquor store and stealing several bottles of vodka and 138 packs of cigarettes.

A woman throw overboard during a sailing race from Racine tells her harrowing story of fighting for survival in the dark waters of Lake Michigan.

A report from the Walworth County Courthouse on all the newest felony cases, including the potential prison terms facing each defendant.

It has been satisfying sweet tooths for 20 years, but the Jelly Belly candy operation in Kenosha County is being dismantled and moved out of state.

The latest police blotter from the Lake Geneva police department has all the latest city citations, including a flurry of people accused of not wearing seatbelts in cars.

Several boats that have been docked along the west end pier have been vandalized, prompting boat slip renters to ask city officials to install a gate on the pier.

Harbormaster Linda Frame looks over a boat docked at the west end pier last summer to make sure there is no damage.