WALWORTH – With the National Night Out anti-crime event canceled this year because of the coronavirus, organizers in Walworth County are taking the festivities on the road.

Squad cars, firetrucks, ambulances and more will convoy through 15 municipalities countywide Tuesday in what is being called the "Parade of Lights."

The parade is scheduled to start at 3:30 p.m. in East Troy and end five hours later in Elkhorn, followed by a drive-in movie showing for the public at Elkhorn Area High School.

Eight police and fire departments have committed to parade the entire route, and others will join as the event moves through their community.

The parade will pass through Lake Geneva, Williams Bay, Genoa City and elsewhere.

National Night Out is a law enforcement and emergency services appreciation event held each year on the first Tuesday of August. The event draws up to 2,000 people to the Walworth County Fairgrounds in Elkhorn to interact with law enforcement agencies.

Because of the coronavirus pandemic, organizers decided against holding the gathering at the fairgrounds in 2020, but they still wanted to make an appearance and thank people for their support.

Walworth County sheriff's deputy Dan Nelson, co-chairman of the organizing group, said when organizers began thinking about alternatives, they came up with the idea of a countywide parade, after experiencing success with similar parades to celebrate birthdays and other occasions during the coronavirus pandemic.

Nelson said law enforcement departments in Walworth County receive much  support from businesses and community members. So, the idea of a National Night Out parade, he said, seemed like "the least we can do.”

“We didn’t just want to cancel the whole event," he said. "We figured if they can’t come to us, let’s try to go to them.” 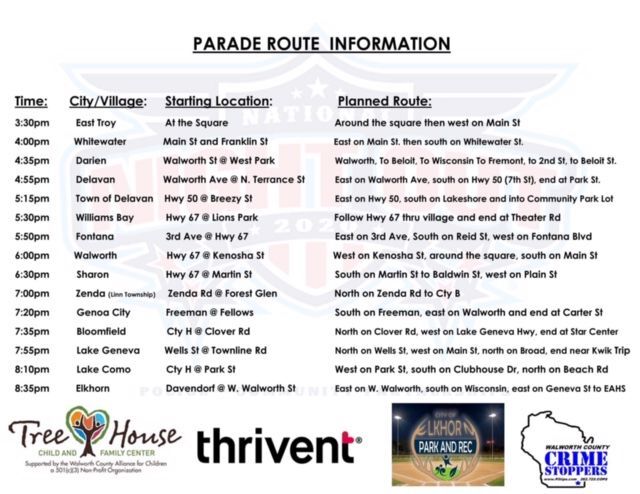 The schedule for the Aug. 4 parade shows the five-hour route that was planned to pass through many communities throughout Walworth County. 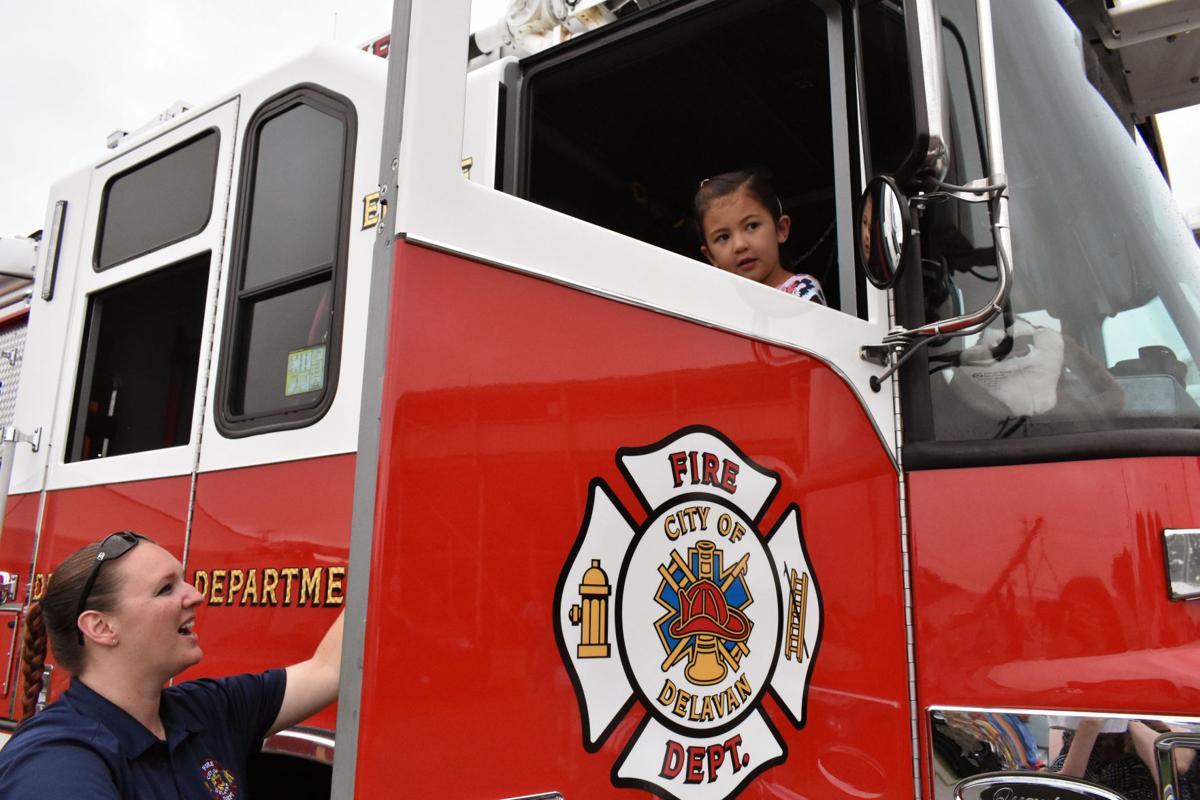 Ava Kasten, 5, right, sits in the passenger seat of a Delevan firetruck in 2018 during a National Night Out event at the Walworth County Fairgrounds to promote support for law enforcement.