We can't do it without you. Support local journalism with our BEST DEAL EVER!
Already a subscriber?
Log in or Activate your account.
Loading&hellp
No thanks, return to homepage.
×

RACINE — The City of Racine plans to publicly name businesses that knowingly break the city’s Safer at Home and/or Forward Racine orders. Police Chief Art Howell said that the Racine Police Department will not hesitate to cite them.

If a business breaks the order, and coronavirus cases are linked to that business, it will be forced to close, Mayor Cory Mason said Friday morning during a press conference announcing the city’s plan to allow most businesses to reopen on Tuesday with some restrictions still in place.

“Like many in Racine, I will be closely watching which businesses are protecting their employees and their customers, and which ones are not. I will not hesitate to publicly acknowledge good actors and bad ones,” Mason said. “If cases are traced to a business because of violations of this new order, we will publicly identify that business and they will be shut down.”

The Police Department is asking the community to report businesses and groups found to be in violation of the city’s orders. Reports, videos and photos can be shared with local law enforcement by calling 888-636-9330, by texting “RACS” with complaint details to 274637 (CRIMES) or by submitting a report online at racine.crimestoppersweb.com.

Reports can be made anonymously.

“We work closely with our community partners, that would be the biz community, religious community, government officials (and) citizens most importantly,” Howell said of his department’s Community Oriented Policing philosophy. “The objective is to mitigate problems through partnerships (and) problem solving. I can think of no greater need to come together than this particular pandemic.”

Racine releases reopening plan, restaurants will be able to open with 50% capacity Tuesday

When asked if Howell thinks citizens will report local businesses for breaking the city’s order, the police chief replied “There’s no doubt.”

In the 1990s, crime in Racine was highest in the state. It’s now at record low levels for two reasons, Howell said. One of the main reasons for that drop in crime, Howell said, has been “the citizens who give information relative to where there is disorder.”

“It will be no different in this scenario,” Howell continued. “As opposed to someone telling us who is selling drugs or who is shooting, they’ll tell us who is putting people’s lives in danger by not following this order.”

Only one business has been cited so far for violating Racine’s ongoing order after receiving warnings, in addition to at least two dozen other individuals. Even though the statewide Safer at Home order has been overturned by the state Supreme Court, Racine’s is still being enforced and thus all of those citations still need to be paid.

In the coming weeks, Howell said that the Police Department will more quickly resort to issuing citations after giving a warning because, he said, business owners should be aware of the city’s orders that have been in effect for weeks.

“Our policing strategy is relatively simple and straightforward. We would like to educate, enlighten and then we will resort to enforcement only on those occasions when it’s necessary. That’s what can be expected in the weeks to come,” Howell said. “We will continue to educate. We will continue to work with our community partners. And we will continue to look for innovative solutions to keep everyone safe and get businesses back to where they want to be. But we will not sacrifice public safety in that effort.”

Even though the statewide Safer at Home order was overturned by the state Supreme Court, local authorities say they still have the ability to create and enforce pandemic-related orders because of local ordinances and because coronavirus is actively spreading in the Racine community.

City Attorney Scott Letteney said last week that the Supreme Court did not declare that the state Department of Health Services’ Safer at Home order itself was unconstitutional; only that the way it was implemented was ruled invalid.

The first day of free coronavirus testing at Festival Hall, in photos

The first day of free coronavirus testing at Festival Hall, in photos

“If cases are traced to a business because of violations of this new order, we will publicly identify that business and they will be shut down.” Racine Mayor Cory Mason

A former Racine man who pleaded guilty to being married to two women at the same time, making false statements on a marriage license and over 20 counts of violating domestic violence restrictions against one of his wives, is facing five years in prison, plus parole, probation and time in jail.

A Racine County Circuit Court judge has again halted the city’s enforcement of its COVID-19 restrictions and put the city on notice it could be in contempt of court in the future if the city again attempts to "undermine the orders of the court."

According to a criminal complaint filed Monday, the June 2 altercation at North Beach that left five people shot appears to have been ignited by tensions between the gangs Northside For Life and Dirty P.

RACINE — Two more people have been charged in connection with the June 1 fire at the Thelma Orr COP House that started in the midst of heated protests over the death of George Floyd. 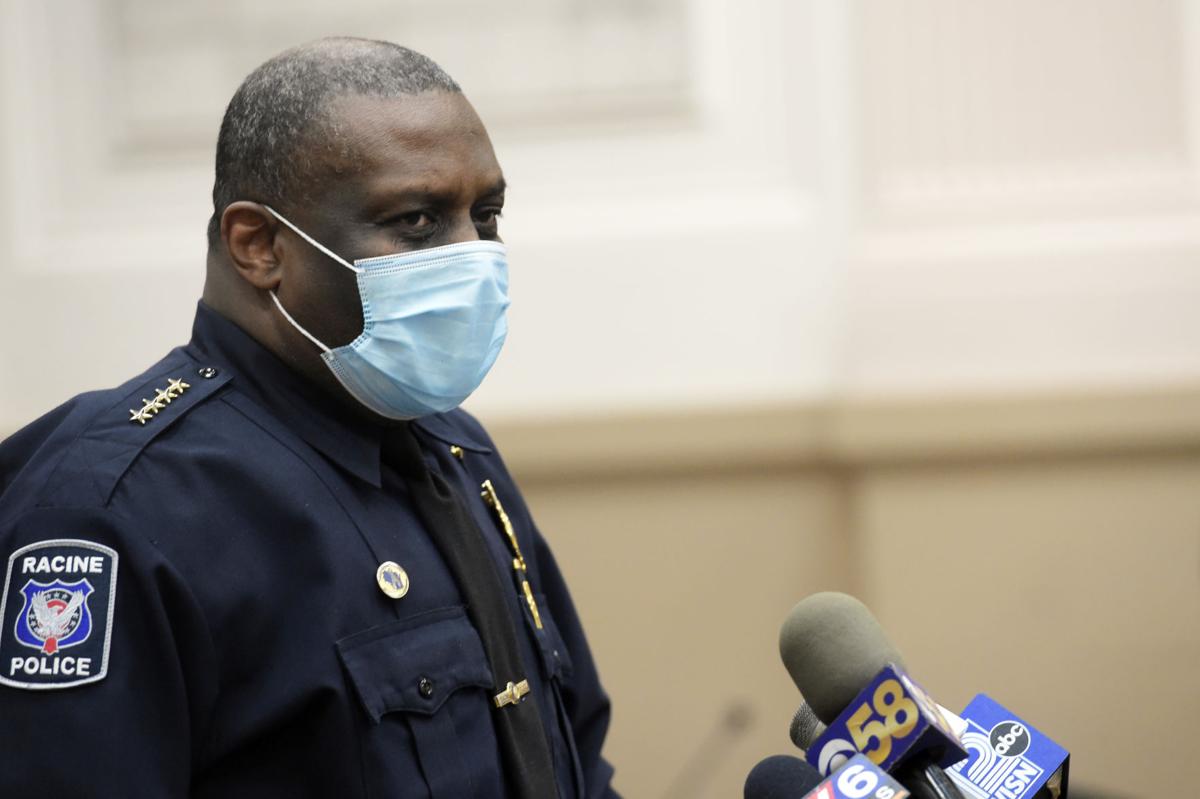 Police Chief Art Howell wears a mask as he addresses members of the media Friday morning at City Hall during a press conference detailing the tenets of the City of Racine's Forward Racine order, which will allow most businesses to partially reopen at 8 a.m. Tuesday. 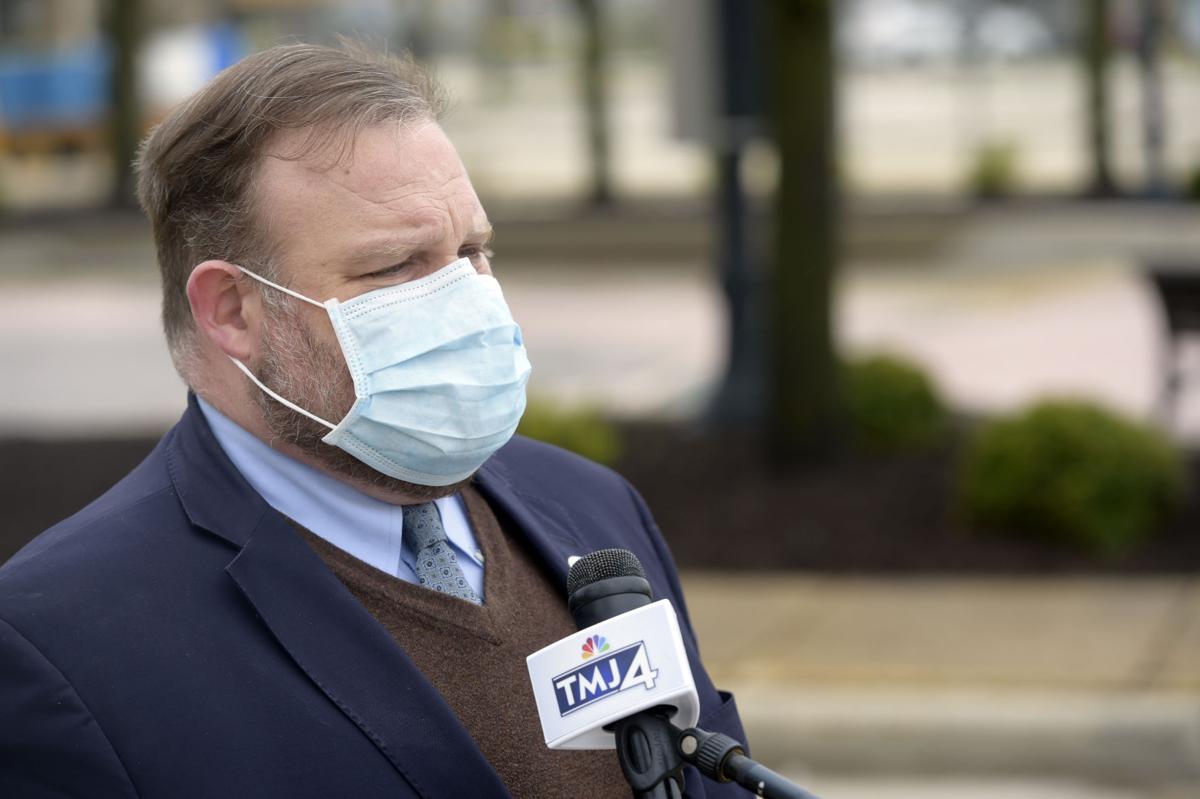