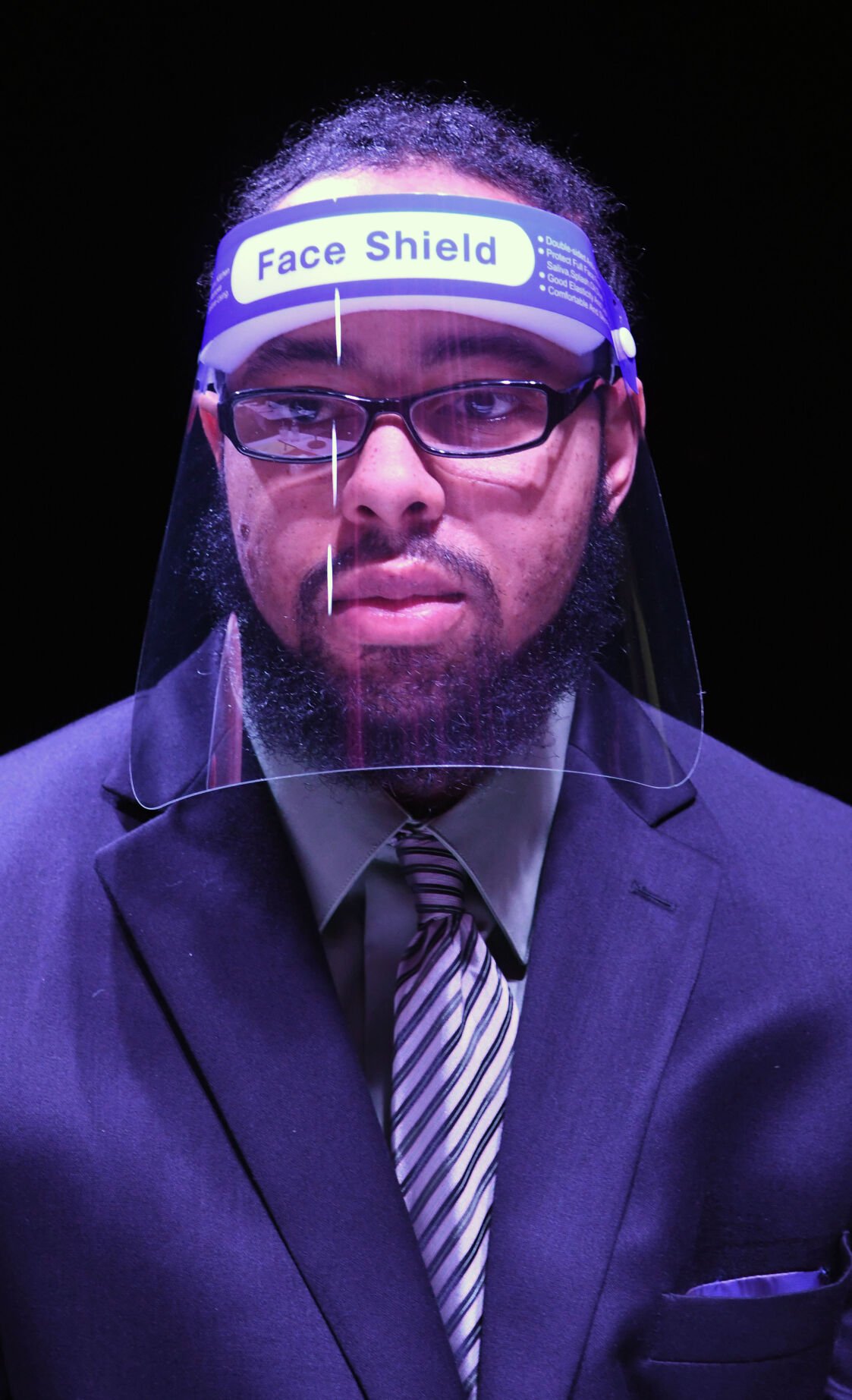 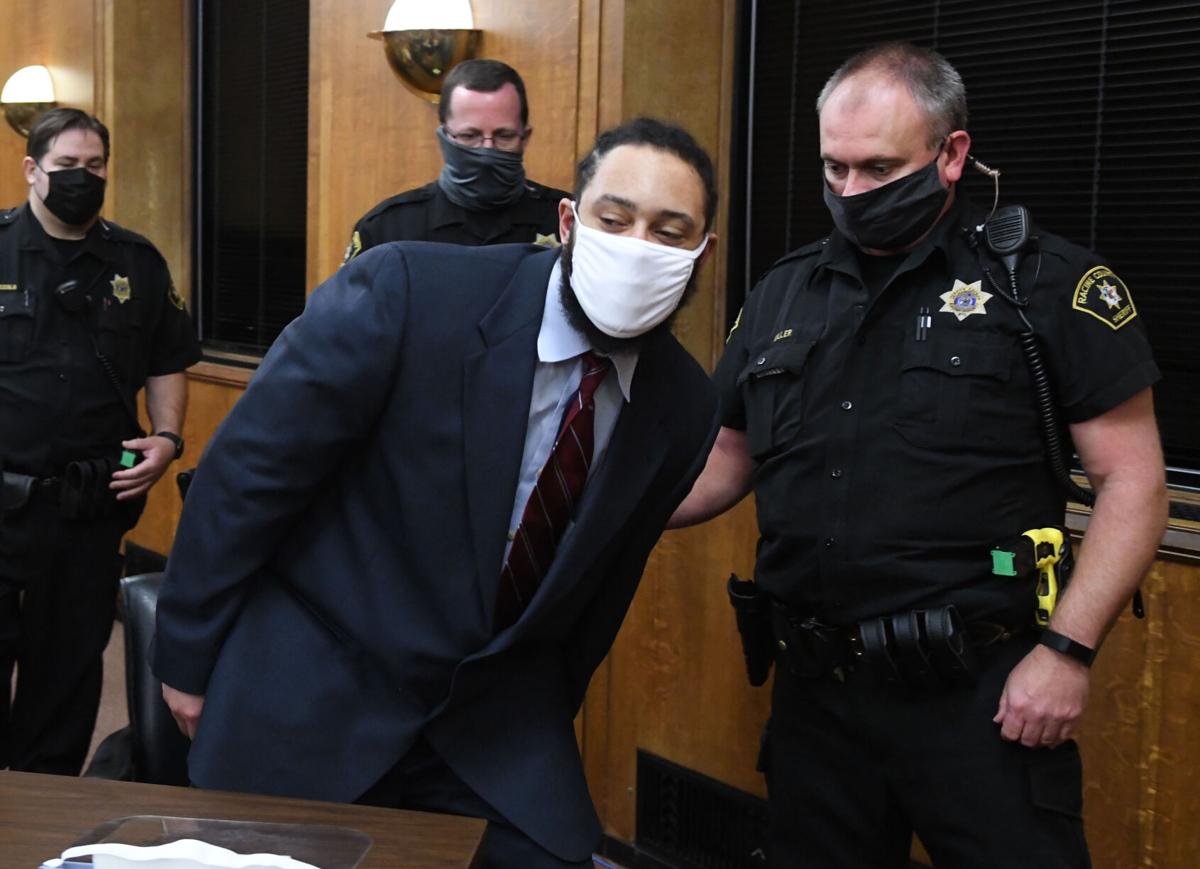 Dalquavis Ward prepares to be led back to jail Friday Sept. 25 after a jury found him guilty of first degree intentional homicide and two other charges in the killing of Racine police officer John Hetland on June 17, 2019 at Teezer’s Bar and Grill. Hetland, who was off-duty, was killed trying to stop a robbery of the restaurant.

While that one word will not bring back Racine Police Officer John Hetland, it brings some closure to a case that left the community in shock last summer.

Dalquavis Ward was found guilty on all counts, including first-degree intentional homicide, in the 2019 killing of the veteran police officer.

The verdict was not announced until 7 p.m. Friday. Ward also was convicted of armed robbery and possession of a firearm by a felon.

Racine County Circuit Court Judge Timothy Boyle ordered that Ward’s bond be revoked and set the sentencing for 1:30 p.m. on Dec. 11. Kenosha County District Attorney Michael Graveley said his office will coordinate with victims and family members that may want to testify at Ward’s sentencing.

After the verdict, red and blue lights flashed from the vehicles parked on Wisconsin Avenue and dozens of members of law enforcement lined the Racine County Courthouse steps ahead of the Hetland family leaving the courthouse.

“On behalf of the entire department, the Hetland family and the broader community, I would like to thank the team of professionals from various agencies who worked tirelessly to bring this chapter to a close,” Racine Police Chief Art Howell said. “While the verdict in this case is welcomed and brings relief, the full measure of our loss cannot be restored.

“The work of the jury and the prosecuting attorneys, however, has placed our community on the path to healing.”

Graveley started out his closing argument comparing the two men involved in the case: John Hetland and Dalquavis Ward. As for Hetland, Graveley decided to zero in on the moment in the security footage where Hetland seems unsure whether he wants to flee to safety or to intervene and that moment that he highlighted to the jury where he decided to intervene.

“You will never again get another glimpse of another human being deciding to be a hero,” Graveley said. “You had the privilege to see John Hetland make that decision.”

Graveley countered the defense’s questions regarding how Ward acquired the clothing and gun necessary by pointing out that he could have borrowed those items from family he was visiting while in Racine. Borrowing a hoodie, shoes and a bandanna might not raise any red flags, but Graveley speculated that gloves in mid-June might raise suspicions among “the people who know him and know what he’s done.”

“It is the most logical thing you can imagine that the one thing he can’t get for his usual, professional job on June 17 is gloves,” Graveley said.

While the defense argued the perpetrator’s actions in the video indicate he was familiar with the layout at Teezers, the prosecution argued the opposite. The largest genetic impression was left on the door to a private office, which was locked. Several witnesses for the prosecution stated that Ward was not a suspect until his DNA was matched on the CODIS database.

“And it is what reveals him,” said Graveley. “That mistake.”

He also zeroed in on the moment after the struggle with the perpetrator, when Hetland lost his footing and fell back. Instead of choosing to get away, the perpetrator chose to shoot Hetland in the chest.

“He ends a life because that is what he’s willing to do to try to escape detection,” Graveley said. “There is a moment then after that shot has been fired that the defendant appears to kick John Hetland’s body as his life ends.”

The DNA collected on the doorknob was reinforced by DNA on Hetland’s shoulder, neck and the side of his face, presumably from the struggle with the perpetrator.

“His last acts on this earth are the collection of evidence,” Graveley said of Hetland. “John Hetland’s police work doesn’t end until the jury reaches its decision.”

Graveley characterized the defense’s strategy — of casting doubt on the process to imply Ward could have been set up by police — as a fantasy. He pointed to the decisions to cordon off the area and hand over the scene to other law-enforcement agencies in order to maintain the appearance of impartiality.

“What possible thing, other than a fairy tale, would lead any of you to conclude that officers would choose to frame a person rather than allow the evidence to be collected in the best way they could so a jury could make a fair decision?” Graveley said.

In his counter-argument, Glynne commented on the length of Graveley’s closing argument.

“I’m not offering a fairy tale. We never did,” Glynne said. “That’s a ruse. That’s an hour-and-a-half-long ruse.”

Glynne pointed to Graveley’s use of Ward’s rap lyrics as part of his prosecution — Glynne stated that one of his favorite albums is “Country Grammar” by the rapper Nelly — was an example of the prosecution bringing “extraneous” information into the trial.

Glynne also questioned the character of one witness for the state, Kenosha County Sheriff’s Detective Kristopher Schwartz. Glynne labelled Schwartz’s testimony disingenuous, saying Schwartz always had an answer for everything and his answers appeared to be trained. He asked that the jury discount everything Schwartz said.

Even the DNA evidence was called into question during Glynne’s closing argument. He referred to the testimony of Lisa Treffinger, an advanced DNA analyst and forensic scientist with the State Crime Lab in Milwaukee, and stated that while she used the video to guess where the DNA came from, she did not have proof.

He argued that transfer DNA, where DNA is transferred from one individual to another through an intermediary, could have explained Ward’s DNA at the scene.

Graveley attacked Glynne’s statement, saying it was out of line.

“The state just got accused of a number of things there, and you’re going to have to decide whether that’s appropriate,” said Graveley. “That’s another form of smoke and mirrors.”

Graveley pointed out that Treffinger had said that the major DNA profiles like those she found were rarely found in cases of transfer DNA.

“If that was reasonable doubt, we would never be able to convict people ever again,” Graveley said. “The DNA told the story. The DNA proved this case not once but four times.”

In photos: Funeral procession for John Hetland passes through Racine

Smoke could be seen more than a mile away from Highway 83.

Norman Vick, 59, was charged with theft in a business setting for allegedly withholding more than $103,000 in taxes from employee paychecks and then not depositing the money with the Wisconsin Department of Revenue.

A Wisconsin Department of Natural Resources warden from Juneau County has been referred to the district attorney’s office for misdemeanor charges of being armed while intoxicated and disorderly conduct following a domestic dispute and 911 hang-up.

A Mauston man was arrested after he allegedly attempted to elude officers by hiding in a basement accessible only by trap-door from a closet after “jumping” a man by Kwik Trip.

One man was rescued Sunday from a pre-dawn fire that destroyed at least two buildings in downtown Tomah.

A 42-year-old Lowell man was sentenced to four years in prison for starting a fire in his basement in 2017 after his wife told him their marriage was over.

Dodge County Circuit Court will have increased security in January when a Beaver Dam man goes to trial in the death of his ex-wife after the court was told of a threat against him.

Dalquavis Ward prepares to be led back to jail Friday Sept. 25 after a jury found him guilty of first degree intentional homicide and two other charges in the killing of Racine police officer John Hetland on June 17, 2019 at Teezer’s Bar and Grill. Hetland, who was off-duty, was killed trying to stop a robbery of the restaurant. 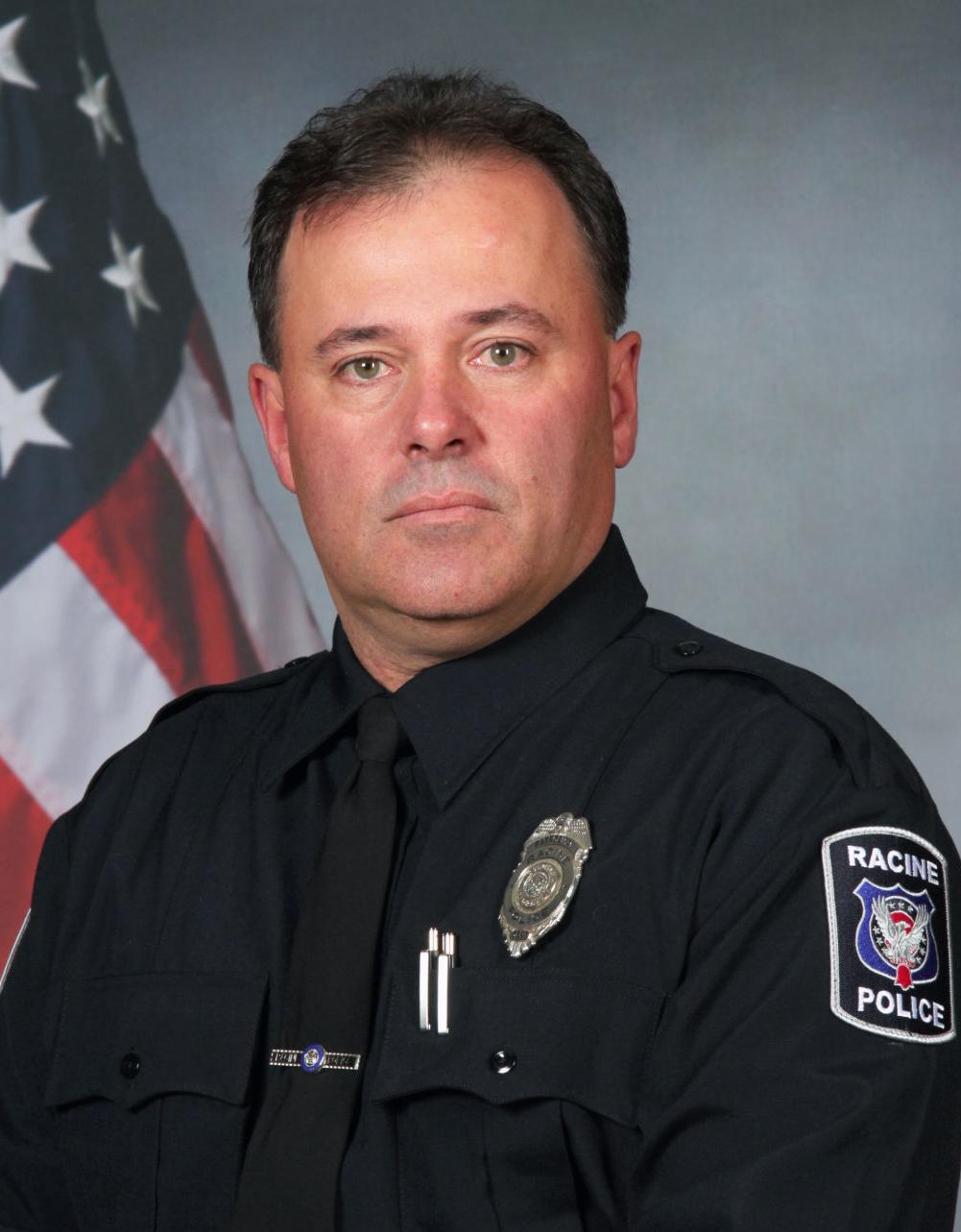