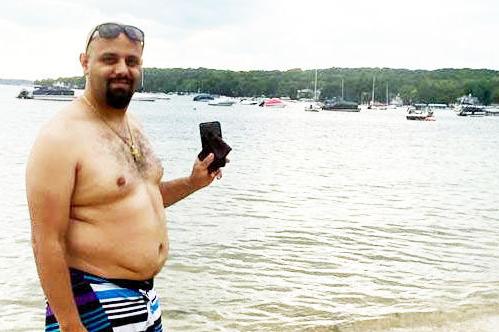 Asem Rehani of Chicago stands at Geneva Lake with the wallet he lost in the water, only to have divers recover the wallet, which contained important immigration papers for Rehani. 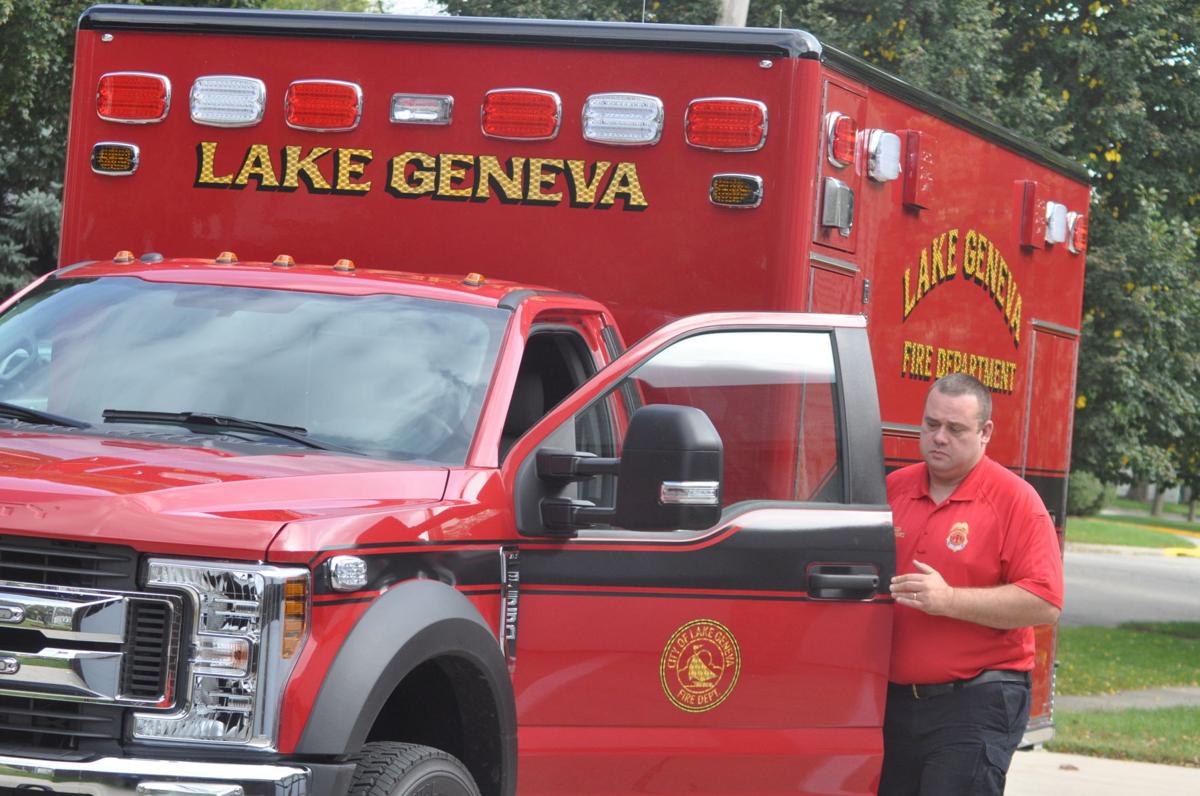 Capt. Dennis Detkowski of the Lake Geneva Fire Department and a group of rescue drivers recovered a lost wallet and cellphone from Geneva Lake. 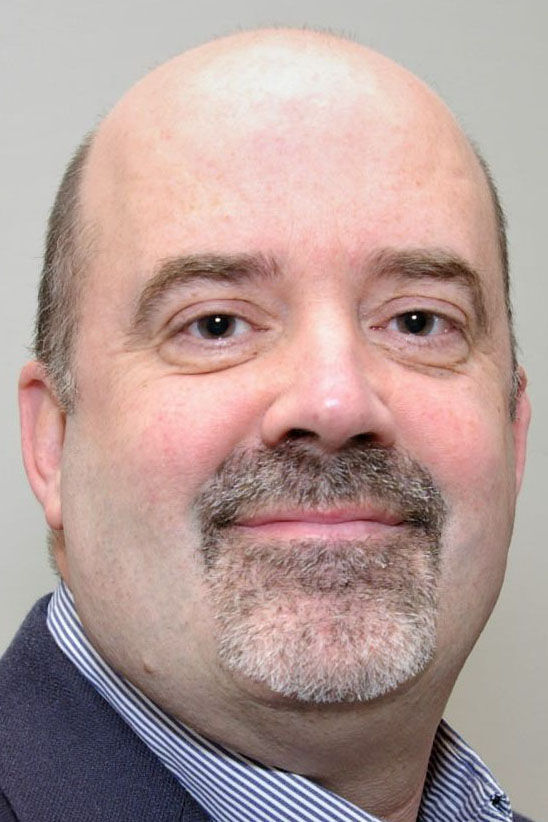 A Lake Geneva visitor has been reunited with his lost wallet after divers performed what the visitor regards as a “miracle” by recovering the wallet from the depths of Geneva Lake.

Asem Rehani of Chicago was about to enjoy an afternoon of jet skiing with his brother Aug. 29 when their rented watercraft tipped over and his wallet fell into the water, along with his cellphone.

It was a scary situation for Rehani because he is from Jordan, and the wallet contained important documents regarding his immigration, not to mention his identification, credit cards and cash.

Rehani’s wife, Justine Lutfi, said that without the contents of his wallet, Rehani would have difficulty traveling back and forth to Jordan.

“It was not the money that was valuable in the wallet,” she said.

Lutfi said she and her husband — whose English-speaking skills are limited — approached employees at Elmer’s Boat Rentals, where he had rented the jet ski that day.

Skates then advised the boat rental company to contact Lake Geneva Fire Capt. Dennis Detkowski because Detkowski is familiar with rescue divers in the area.

“I figured if anyone could help, it would be Dennis,” Skates said.

Even though it was not a life-threatening underwater emergency, Skates said, he realized it was a serious situation for Rehani.

“His whole life was in that wallet,” Skates said.

Detkowski advised Rehani that he would try to schedule a special training session with a group of rescue divers the next day, Aug. 30, to see if they could find the wallet and phone.

“I did not make any guarantees,” he said. “I told them we would do our best.”

After several hours of searching, the divers found the wallet and cellphone in 15 to 20 feet of water about 100 feet from a pier at the Riviera in downtown Lake Geneva.

“It’s a testament to the divers that found it,” Detkowski said. “It shows the quality of their training.”

Although both were obviously wet, the wallet and cellphone were intact and were turned over to the Lake Geneva Police Department, which then reunited Rehani with his lost belongings.

“We believe everything was there,” Detkowski said.

Lutfi said she and her husband were excited and surprised that divers were able to locate his submerged wallet deep down in the lake.

“It was a big miracle. We were in awe,” she said. “We thought there was no way they would find the wallet.”

Lutfi said all of the immigration documents and other items still were in the wallet. Her husband has learned his lesson and plans to find another place to keep such important belongings.

Lutfi said she does not know how long it would have taken her husband to obtain new documentation and identification if the wallet was not found.

Reflecting on the Chicago couple’s first visit to Lake Geneva, Lutfi said they simply wanted to enjoy a day at the lake.

“We heard so many good things about Lake Geneva,” she said. “So, we thought why not go and have a good time.”

Detkowski said he was proud of the divers who were able to succeed in such an unlikely search and recovery operation.

“They were here to make someone’s bad day a little better,” he said. “They did it out of the goodness of their own heart.”

Skates said it is not uncommon for people to loose personal belongings in the lake.

“This happens more often than we think,” he said. “This one had a happy ending.”

Lake Geneva's Snake Road is among the list of Wisconsin rustic roads.

Asem Rehani of Chicago stands at Geneva Lake with the wallet he lost in the water, only to have divers recover the wallet, which contained important immigration papers for Rehani.

Capt. Dennis Detkowski of the Lake Geneva Fire Department and a group of rescue drivers recovered a lost wallet and cellphone from Geneva Lake.