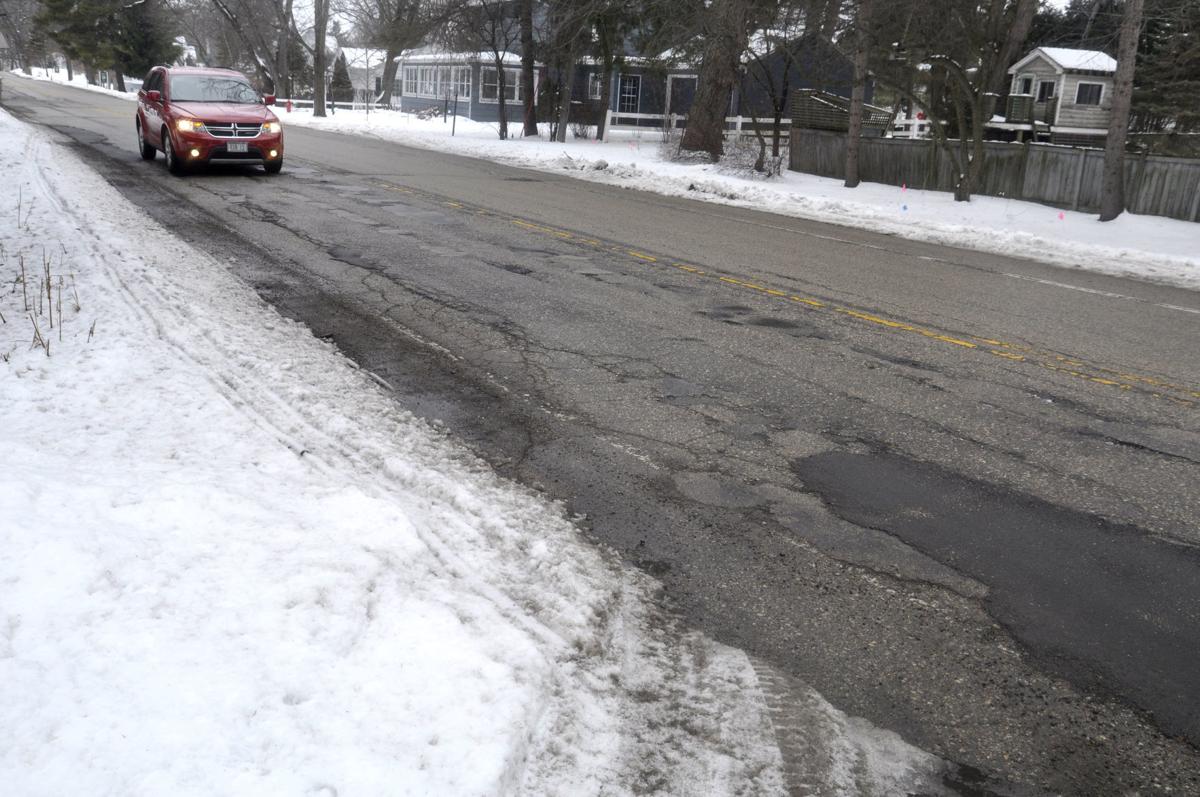 Construction on Fontana’s deteriorated South Lake Shore Drive, from just west of Shabonna Drive to about Yacht Club Road, is expected to begin in April once a construction contract is signed. 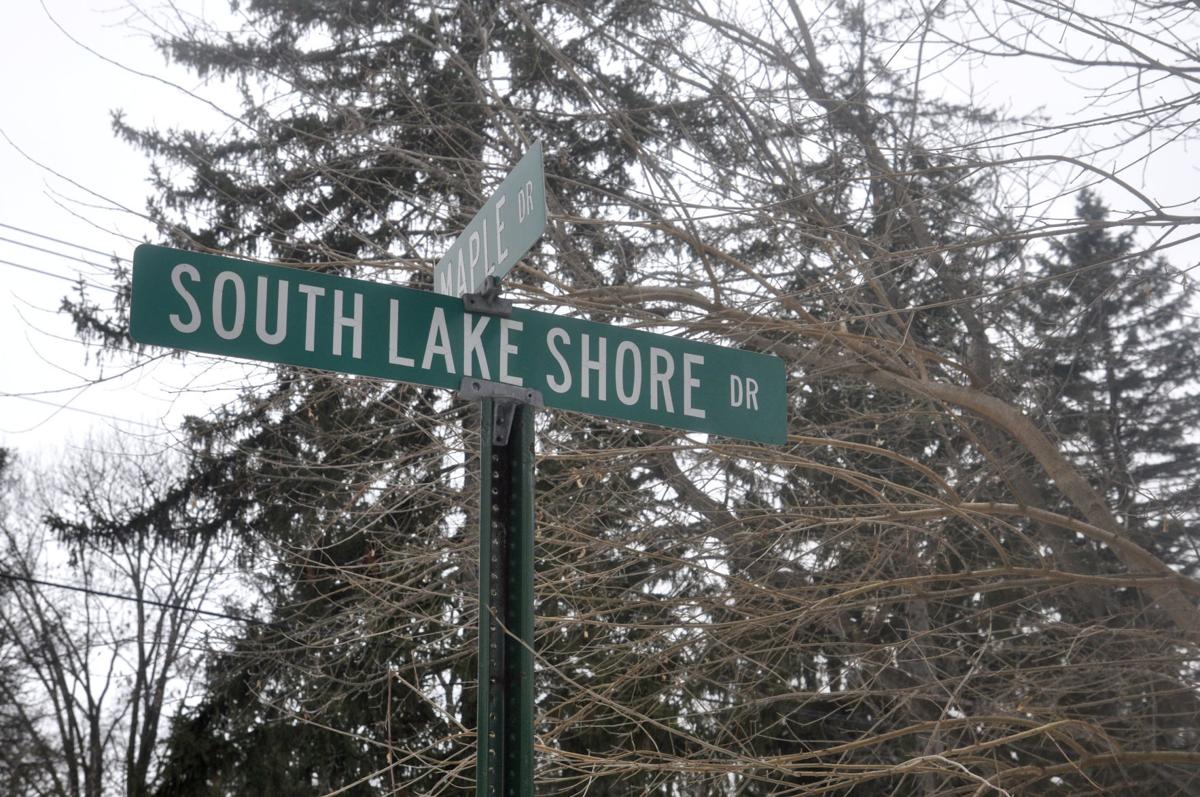 The Village of Fontana has borrowed $10.1 million to finance the reconstruction of South Lake Shore Drive, originally a three-year project but now one that the village plans to complete in one construction cycle.

FONTANA – The village has completed more than $10 million in borrowing to fund renovations on South Lake Shore Drive, in what will be the village’s largest capital improvement project in recent memory.

Milwaukee based Robert W. Baird & Company Inc. issued the $10.1 million in bonds with an interest rate of more than 2 percent, costing the village an additional $3.1 million over 20 years of repayment.

Village President Pat Kenny said he does not expect any tax increases to repay the loan. The village’s annual budget is currently about $14 million.

The $10.1 million will be used on South Lake Shore Drive to fund general road improvements and to update water and sewer facilities installed more than 50 years ago.

“It’s a project that has been put off now for literally 50 years,” Kenny said. “The sewer pipes underneath the road are outdated. The asphalt is not in the greatest shape, but all the infrastructure underneath it is the main reason for the project more than anything else.”

In addition to resurfacing areas of the road, curbs and gutters are planned to be installed as well as storm-water storage, which will allow water to be filtrated naturally before running into the lake. The road will also be lowered about six inches which will help direct storm water to the new curbs and gutters.

The new installations are designed to help reduce water drainage issues that have caused flooding for homeowners along the road.

Several residents in the area experienced flooding in their basements after heavy rain hit the area last September. South Lake Shore acts as a barrier for rainwater running toward the lake, causing water to collect around homes.

A credit analysis of the village completed by Moody’s Investors Service evaluated Fontana as presenting a low credit risk, but noted some potential challenges for the village.

One risk is a large amount the village is borrowing this year, which increases its outstanding debt. While the village typically borrows about $2.5 to $3 million annually for capital improvement projects, it is now borrowing more than triple that amount to complete in one construction system what was originally planned to be three years’ worth of projects, Moody’s said.

Village administrator Theresa Loomer said the short timeframe of the large-scale project may actually save the village money and inconvenience from long-term construction on one of the village’s most popular roads.

“We thought it was the best plan to roll everything into one year and just get it done,” Loomer said. “There is cost savings there. Obviously it is going to inconvenience our residents for one year, but the good news it is only one year and not three years.”

Another risk noted in the Moody’s report is the village’s under-performing tax increment financing district, which assists in funding the village’s capital projects fund. In 2018, the fund had a deficit of $3.1 million, which is expected to grow to $4.1 million by 2026.

The report stated regardless of the larger-than-normal borrowing, Fontana’s strong property wealth, above-average income characteristics, tourism income and recently increased water rate should allow the village to make good on the payments.

With the $10.1 million in bonds, the report stated the village now owes $35.6 million in outstanding debt.

About 40 homes and five lakeside associations are along the two-mile stretch of road planned to be renovated. The road will be repaired from just west of Shabonna Drive to near Yacht Club Road.

Residents will continue to have access to the roadway during construction, but non-residents will be detoured.

The village has already begun soliciting bids for construction on the project, which Loomer said the village hopes to begin in April and finish by November.

Easements for access along Lake Shore Drive are still being drafted, but are on schedule, according to Loomer.

“We’ve been very successful with the property owners we’re looking to get easements from,” she said. “We’re still in the process of getting them signed by everyone, but so far so good.”

+12 Check out these beauties at Fontana's antique boat show

Check out these beauties at Fontana's antique boat show

No wooden boat show this year, but the woodie cars will be here Sept. 23-26

You should expect to see a few woodies in town this weekend.

Six-year-old Alex Hook remains in critical condition at Children’s Wisconsin hospital in Wauwatosa after having suffered a traumatic brain injury Friday, Sept. 10, when a projectile flew onto the Riverview School playground from under the deck of a lawnmower and struck him in the head.

Construction on Fontana’s deteriorated South Lake Shore Drive, from just west of Shabonna Drive to about Yacht Club Road, is expected to begin in April once a construction contract is signed.

The Village of Fontana has borrowed $10.1 million to finance the reconstruction of South Lake Shore Drive, originally a three-year project but now one that the village plans to complete in one construction cycle.