Robin Vos says that November election should not be moved, one day after Trump suggests moving it
Share this
Return to homepage ×

The day after President Donald Trump suggested that maybe the November election should be delayed, Assembly Speaker Robin Vos, one of Wisconsin's top Republicans, said in a tweet that the Nov. 3 should not be moved.

Trump, in a Wednesday tweet, said that he fears the 2020 election could be "the most INACCURATE & FRAUDULENT Election in history" if universal mail-in voting is allowed.

With Universal Mail-In Voting (not Absentee Voting, which is good), 2020 will be the most INACCURATE & FRAUDULENT Election in history. It will be a great embarrassment to the USA. Delay the Election until people can properly, securely and safely vote???

The president has voted absentee before, but he has repeatedly said that making the election entirely mail-in would be dangerous.

As of right now, polling places nationwide are expecting to be open for Nov. 3 like normal, but mail-in/absentee voting is expected to reach a new height in popularity as Americans look to avoid public places amid the COVID-19 pandemic. However, five states already conduct elections entirely by mail, with allegations of election fraud remaining few and far between.

Gov. Tony Evers, a Democrat, had tried to move Wisconsin's April election less than 24 hours before polling booths were set to open, sending panic to municipal clerks nationwide scrambling to prepare for an up-in-the-air election. A fast-tracked lawsuit filed by Wisconsin's Republican leadership blocked Evers from moving the election.

Vos, of Rochester, said in a tweet Thursday morning that November's election should not be moved either. In the tweet, he said that the Wisconsin GOP "was right not to follow (Gov. Evers') request to delay the April election and we shouldn't delay the November election either. Elections need to happen for democracy to function."

@wisgop was right not to follow @GovEvers request to delay the April election and we shouldn't delay the November election either. Elections need to happen for democracy to function.

Under U.S. law, Trump cannot move the election on his own. Only Congress has the power to vote to move a nationwide election.

In a statement to The Journal Times, Wisconsin State Rep. Greta Neubauer, D-Racine, said "It is deeply concerning that President Trump is even discussing a unilateral attempt to postpone the November election ... Statements like this from the president are an attack on the foundations of our democracy. Even during a pandemic, we must work together to protect free, fair and public elections."

Democratic U.S. Sen. Tammy Baldwin tweeted at Trump that “the election is not going to be delayed. The American people are going to vote and take back our Democracy to bring about the change they want and need.”

In a series of tweets Thursday, Wisconsin Senate Majority Leader Scott Fitzgerald, who is currently running for Congress, said: "Watch the media’s reaction to @realDonaldTrump's tweet this morning vs. their reaction to @GovEvers' attempts to UNILATERALLY move an election in April. If you don’t think media bias is real… I’m assuming that liberals and @GovEvers would have no problems moving an election after they tried — and failed — to move one in April...

"I don’t think we should move election dates — but I get the President’s larger point on election security issues. The liberal media is full of hypocrites," Fitzgerald concluded.

Republican Sen. Marco Rubio of Florida said the election will take place as planned and that it will "be legitimate and...people should have confidence in it.”

Trump is currently narrowly trailing Democrat Joe Biden in most election polls, but Trump trailed Hillary Clinton in 2016 and still managed to win that presidential election even though Clinton won the popular vote.

The Associated Press contributed to this story. 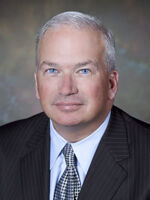