Heart of the community: A look at Horticultural Hall
Share this
Return to homepage ×

We can't do it without you. Support local journalism with our BEST DEAL EVER!
Already a subscriber?
Log in or Activate your account.
Loading&hellp
No thanks, return to homepage.
{{featured_button_text}}
1 of 5 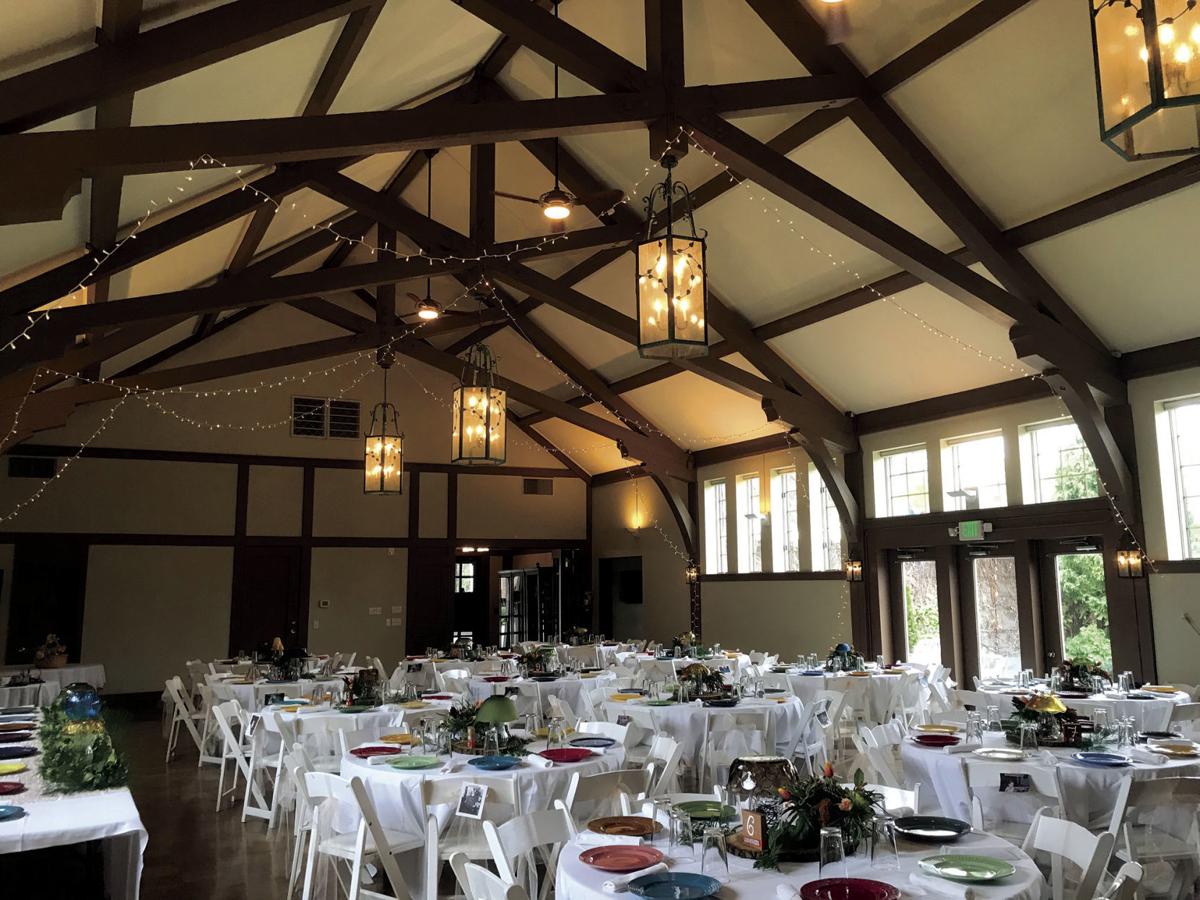 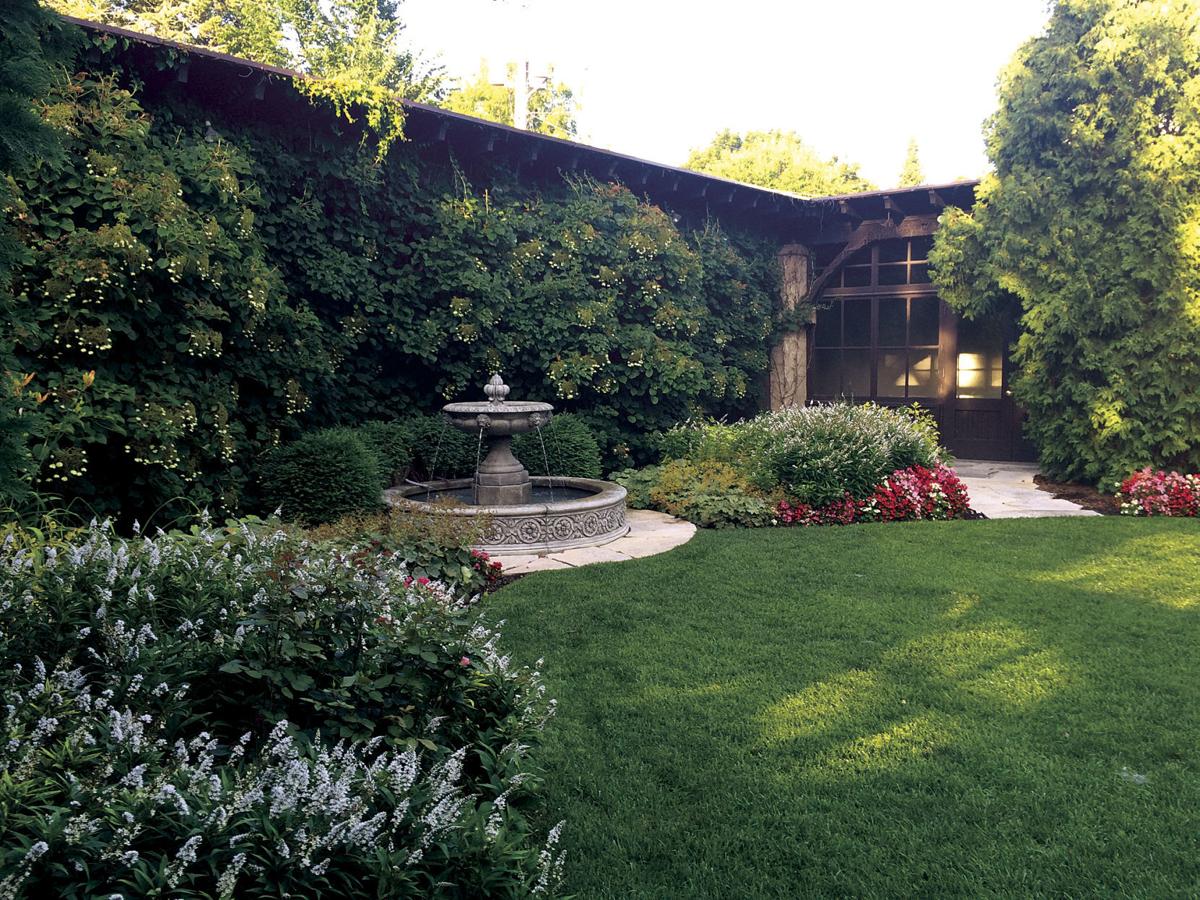 The courtyard of Horticultural Hall includes a Victorian garden with a fountain and arbor vitaes believed to be decades old. 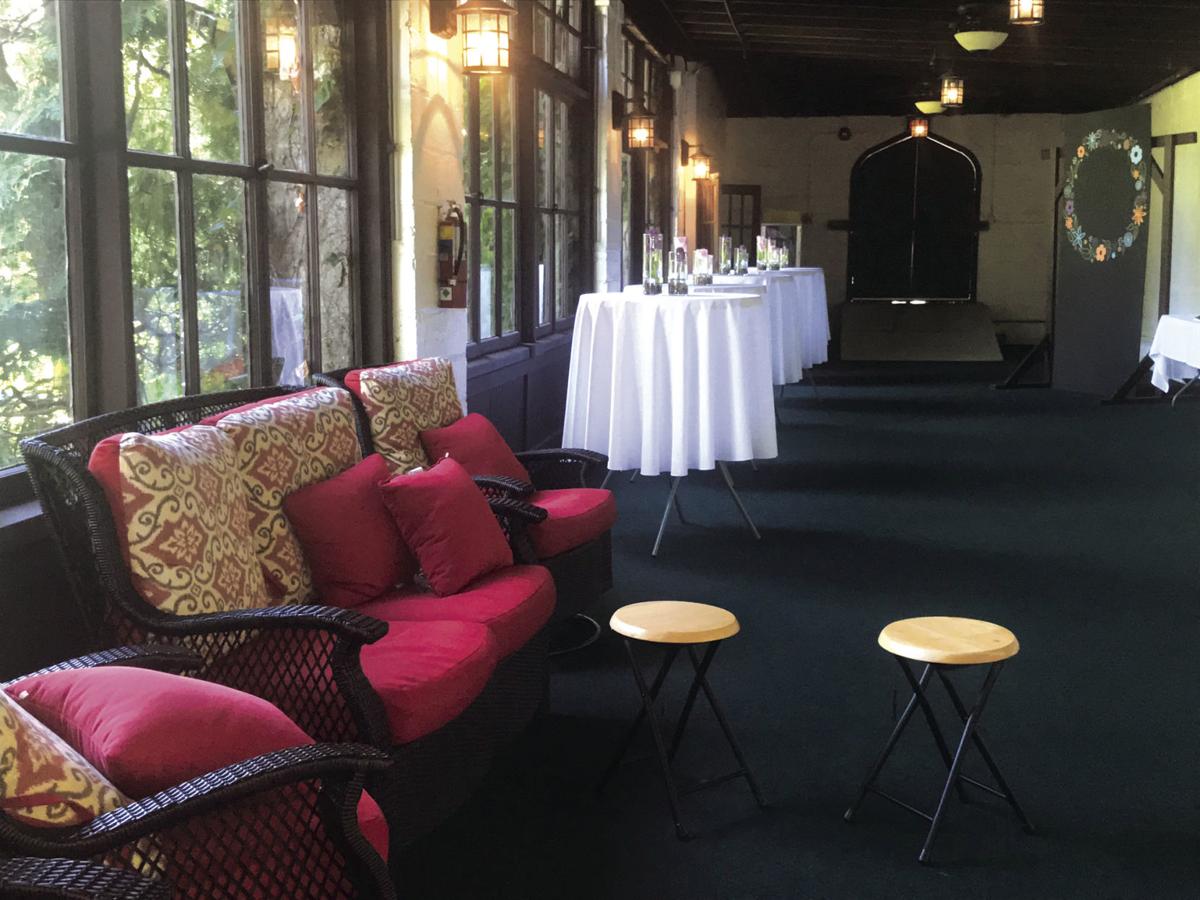 Inside the loggia, a part of Horticultural Hall which overlooks the courtyard. 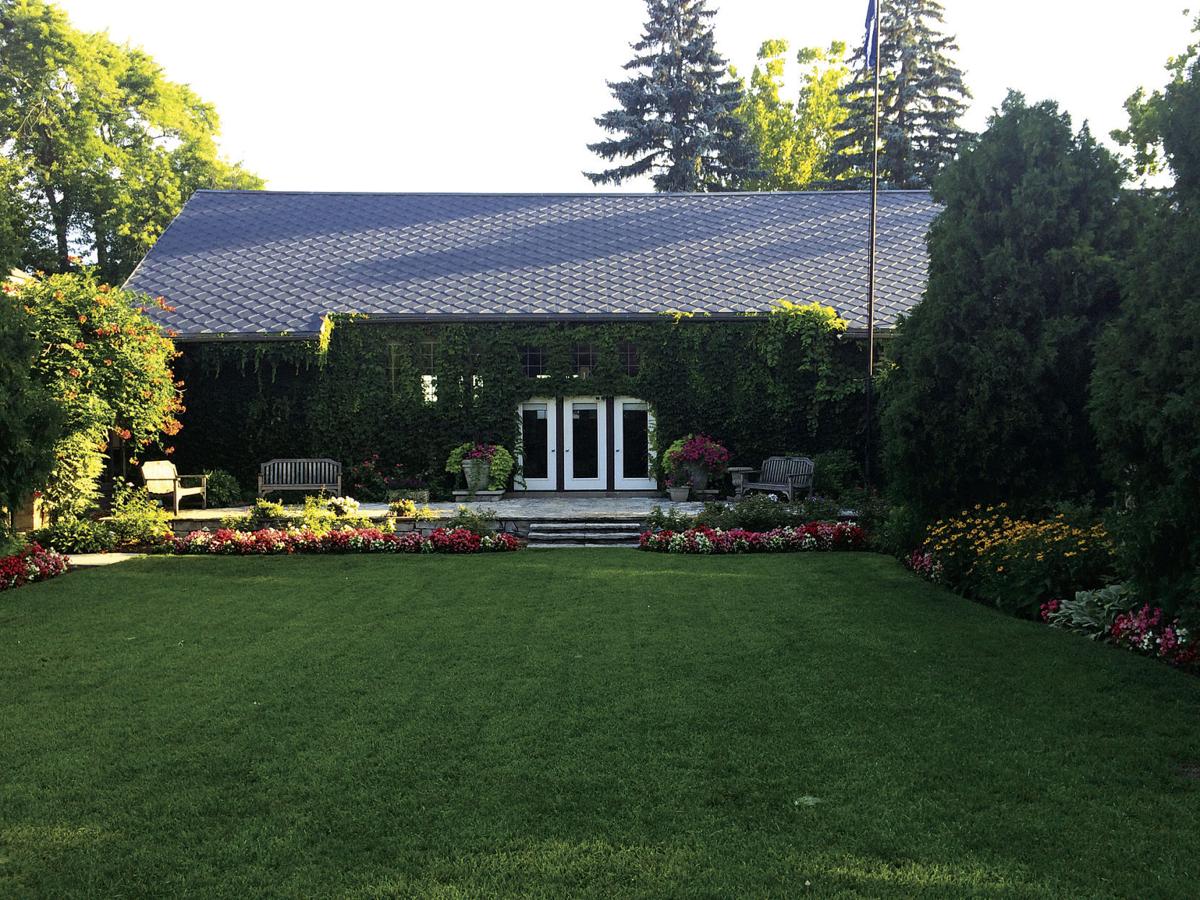 Long view of the courtyard at Horticultural Hall, including some of its many flowers and wall-clinging vines. 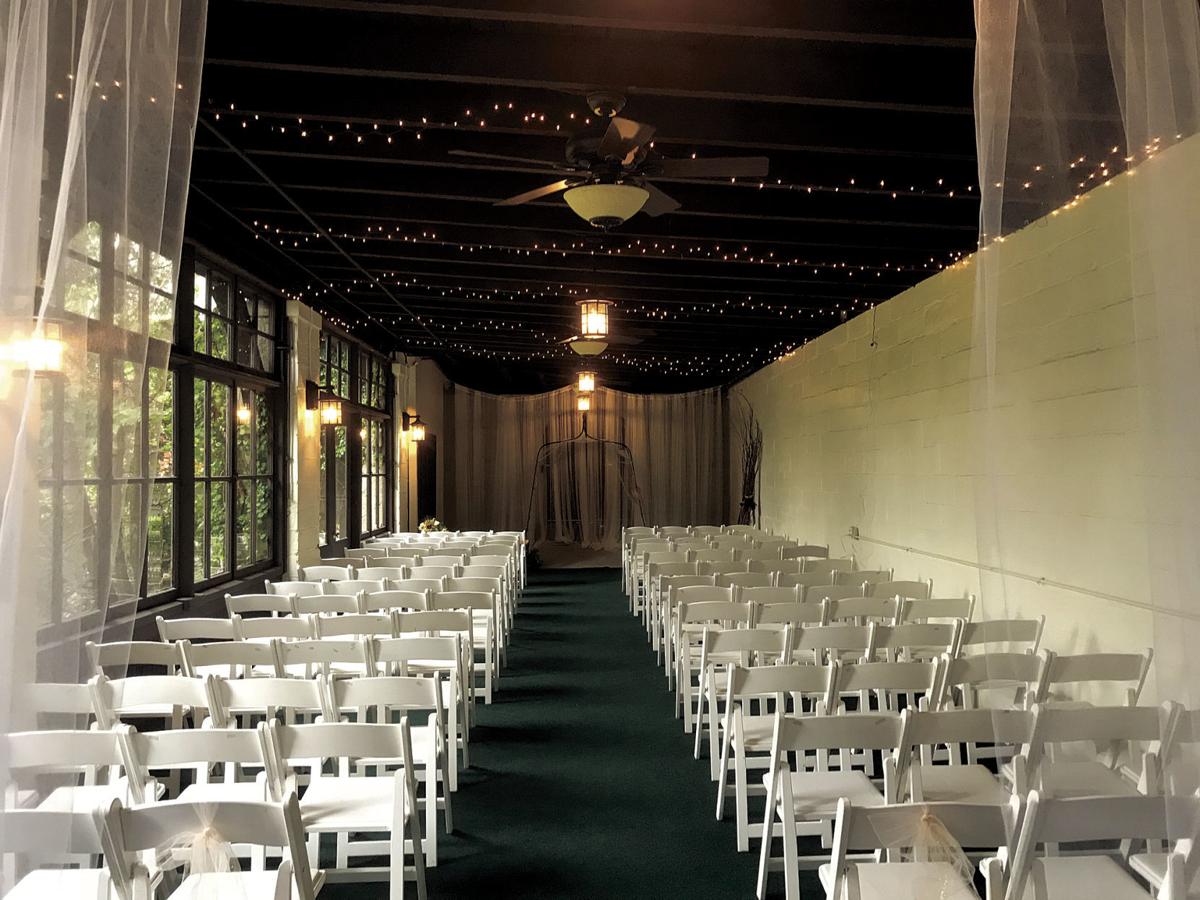 The layout of Horticultural Hall is part of why it remains a popular place for events. Also, it can be rented out for the entire day of an event, making it an ideal location for wedding ceremonies and receptions.

Charlene Klein said the number of Lake Geneva people she has met who have never set foot inside Horticultural Hall is surprising.

Located at 330 Broad St., the Hall continues to be a beating heart of the community, hosting weddings, farmer’s markets and parties.

It is even a warm spot to stop into during the annual Christmas parade to grab a hot chocolate and a cookie.

But in some circles, such as with some fans of the “Dungeons & Dragons” fantasy game and its co-creator, Gary Gygax, the Hall holds deeper meaning.

After all, Gygax held GenCon there — the first official gaming convention in Lake Geneva — in 1968.

Klein said a mock-up of the Hall has been displayed recent fantasy gaming conventions.

She recalled a time during a meeting at the Hall when young men kept wandering in, and she asked if she could help them. “They were like, ‘We just want to breathe the air where Gary Gygax had his first convention.'”

The history of Horticultural Hall goes back another 50-plus years, something Klein knows as she has been president of the Hall’s board of directors since 2005.

She said there used to be a cabinet maker’s shop at 330 Broad St.

Designed by the architectural firm Spencer & Powers, the building was originally built for the Lake Geneva Horticultural Society.

It was primarily used by the Lake Geneva Garden Club and the Gardeners’ & Foremen’s Association — the latter a group of those who took care of the grounds at Geneva Lake estates.

“In 1915, the Lake Geneva Garden Club was formed and then they started meeting there,” Klein said. “They actually were in charge of the Hall and the caretakers of it, so to speak, for a long time.”

She believes the association disbanded in the 1970s, and it fell upon volunteers to look after the Hall into the 1990s.

Today, it is managed by the Geneva Area Foundation.

Klein said the foundation was formed by Harry Hartshorne, an artist and philanthropist.

Hartshorne died in 2013. His obituary states Horticultural Hall was founded by his grandfather, Simeon Chapin, whom Klein said donated the land for the building.

She said some of the Hall’s benefactors over the years included Charles Hutchinson, founder of The Art Institute of Chicago; and the Wrigley family, of Wrigley’s Chewing Gum fame.

According to a pamphlet distributed by Horticultural Hall, there was a plan to sell the property to the city of Lake Geneva in 1948 for $17,000, to create a bus depot.

The Lake Geneva Garden Club, which was instrumental in preventing the sale, continues to support the Hall financially, as do “a lot of very generous private donors,” said Klein.

Keeping up the charm

Horticultural Hall contains a great hall, a courtyard and a loggia — an open-sided part of the structure.

The loggia overlooks the courtyard on three sides.

Part of the Hall’s history remains in the loggia, as some of the booths remain standing from early farmer’s markets.

They were built into the wall, said Klein.

Recently, the board had lights, fans and heaters installed in the loggia.

It has had various work performed on the Hall over the years, from replacing the roof to redoing the rest rooms.

Despite its exposed beam ceilings in the great hall, perhaps the most memorable feature of Horticultural Hall is its courtyard.

Featuring a fountain and various plants — including tall-reaching arbor vitaes believed to have been there for decades — the courtyard is “our calling card,” Klein said.

Maintaining the pastel color scheme of Victorian gardens that was popular circa 1911 is important.

“We try to keep the historic nature of the building even in the garden, because when that building was built, up until then, Victorian gardens were very bright and colorful,” Klein said.

And it remains the heart of the community, a place Klein said more than once holds a lot of charm. “It really is a beautiful place, in every season.”

For more information about Horticultural Hall, call 262-248-4382 or email director@horticulturalhall.com.

The courtyard of Horticultural Hall includes a Victorian garden with a fountain and arbor vitaes believed to be decades old.

Inside the loggia, a part of Horticultural Hall which overlooks the courtyard.

Long view of the courtyard at Horticultural Hall, including some of its many flowers and wall-clinging vines.

The layout of Horticultural Hall is part of why it remains a popular place for events. Also, it can be rented out for the entire day of an event, making it an ideal location for wedding ceremonies and receptions.