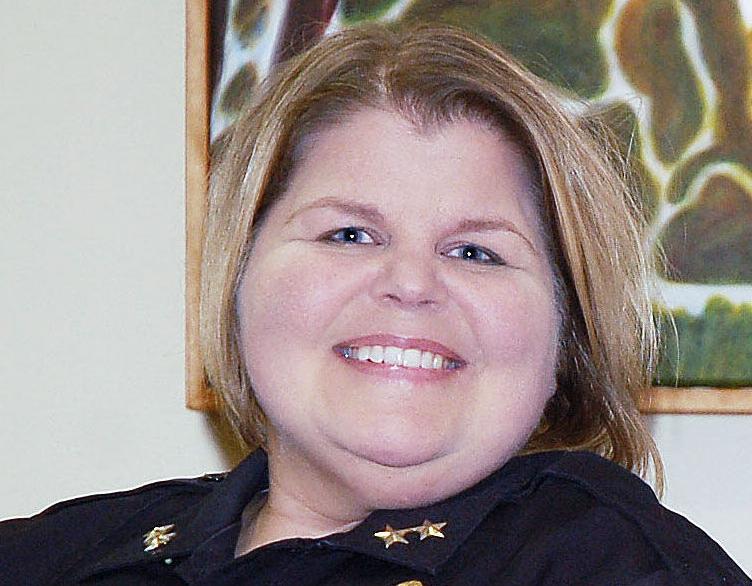 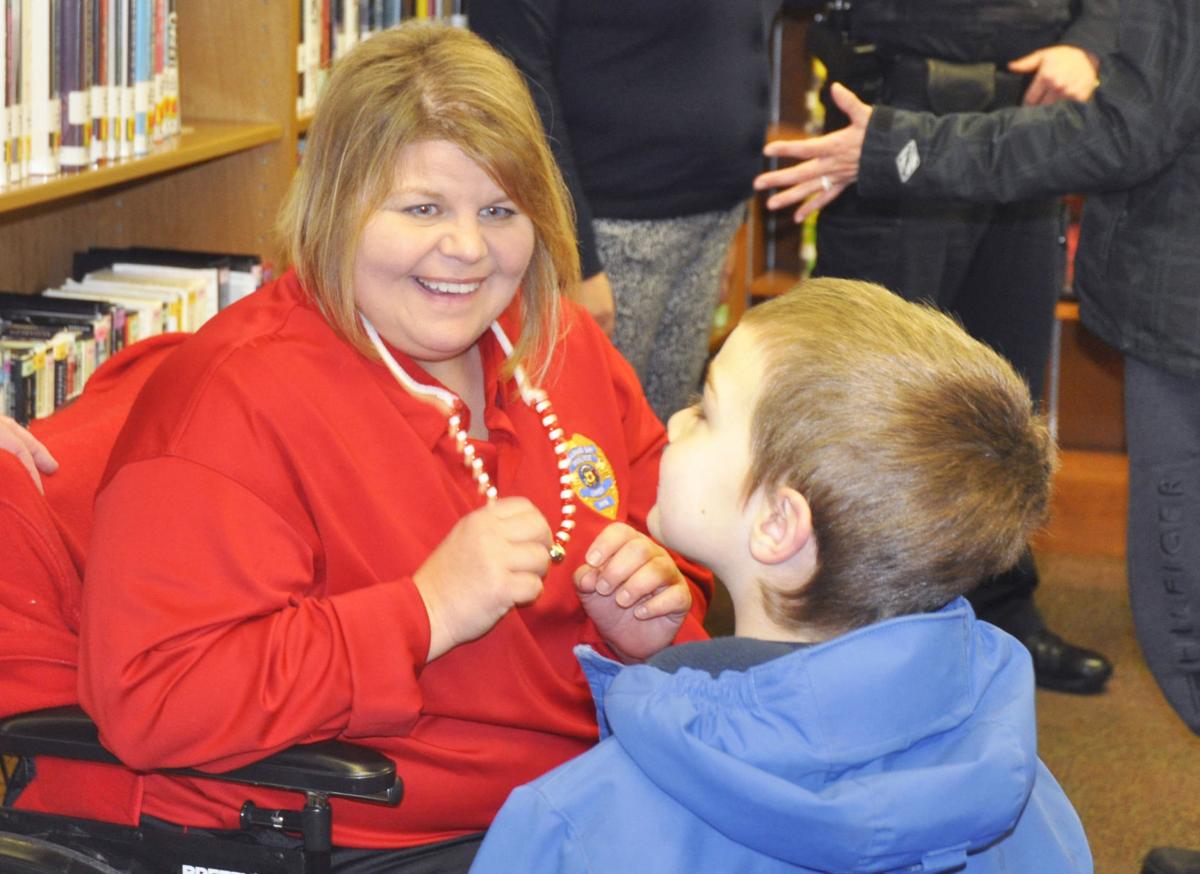 Police Chief Laura Washer, left, is shown during a 2018 gathering at the Williams Bay Public Library at a time when she was still using a wheelchair in her recovery.

WILLIAMS BAY — The two-year saga of a police chief knocked off the job by a serious motorcycle accident has ended with the chief’s official retirement.

Laura Washer, who was appointed chief in the summer of 2016, had been on leave since a motorcycle accident in August 2017 left her recovering from multiple injuries.

Washer hoped to return to work, but in the end, she could not recover sufficiently from the accident. In her letter of resignation, she wrote that she is stepping down because of “permanent injuries.”

Village President Bill Duncan announced Washer’s retirement Nov. 22 in a memo to village employees. In the memo, Duncan wrote that the former police chief had a long and successful career with the village.

“I wish to thank Laura for her years of dedicated service,” he added.

Other village officials joined in extending warm wishes to the former police chief, who served in the police department for 10 years before becoming Williams Bay’s top cop.

Washer said she feels thankful to the people of Williams Bay, to her former colleagues at the village, and to others in the law enforcement community for allowing her to serve among their ranks.

“Obviously this is not the outcome that I would have wanted,” she said. “But I’ll be okay.”

Washer, 48, who lives in Elkhorn, said she is undecided about future career or employment opportunities, as she continues working on her recovery from the motorcycle accident.

She and her attorney also remain engaged in a dispute with the village’s insurance company over future disability benefits.

Washer was hurt Aug. 9, 2017, in a traffic collision near Green Bay while she was attending a police chief conference. Thrown from a motorcycle being driven by her boyfriend, she suffered a broken sternum, shattered pelvis, broken bones in both legs, and other injuries.

She spoke many times of wanting to return to her position as police chief. But while she was able to resume administrative portions of the job, her doctors said she could not engage in police patrol duties, as the $82,000-a-year position called for.

In June, she disclosed that she would be retiring. Two months later, the village named Lt. Justin Timm as acting police chief.

Her retirement letter to the village is dated Oct. 2, and it is retroactive to a retirement date of Aug. 29.

Village Administrator Jim Weiss said the retirement was not announced sooner because details were still being worked out.

Weiss said Washer qualified for worker compensation and that her retirement is a normal retirement without any extra expense to taxpayers.

“That’s why we pay insurance premiums,” he said.

She also will receive a state pension when she retires under the state retirement system.

The issue pending before an administrative law judge is how much the village’s insurance company should pay for future medical needs stemming from her injuries.

Village officials said although they are sorry to see the police chief go, they are confident that the village properly handled the situation surrounding Washer’s accident and leave of absence.

Other trustees either could not be reached for comment, or they declined to discuss details of the police chief’s retirement.

“I’m very comfortable with the way we handled the situation,” Vlach said.

D’Alessandro said the village tried hard to accommodate Washer and to help her during her recovery process. Saying he does not believe there are “hard feelings” on either side, he hopes the village can mark her retirement with some sort of tribute.

“We all wish her well and wish the accident had never occurred,” he said. “It’s pretty sad.”

+24 Student Art work from around the lake

Amy Peterburs-Bittner got some sweet news recently while surfing online.

Calls on the rise in Walworth for police and fire services

WALWORTH – The village is reporting an increase in calls for emergency services in 2019, including a 27-percent emergency response increase in…

Police Chief Laura Washer, left, is shown during a 2018 gathering at the Williams Bay Public Library at a time when she was still using a wheelchair in her recovery.