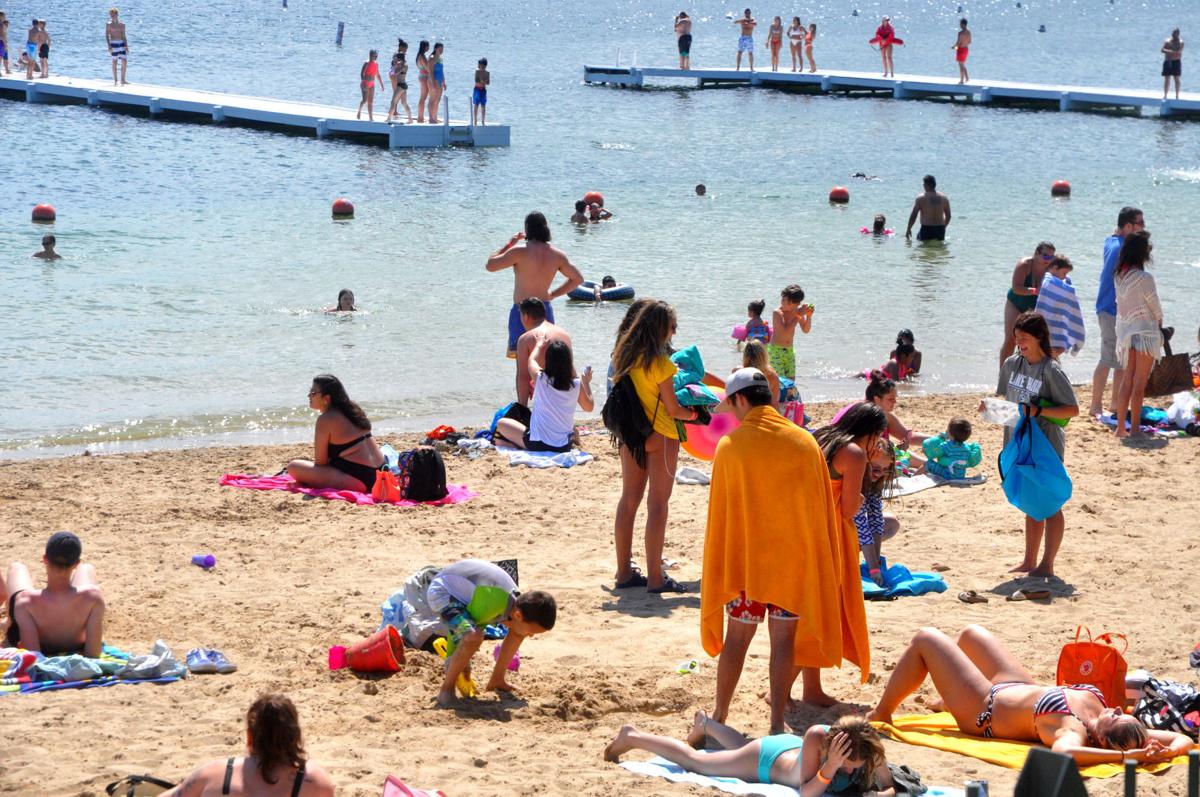 Lake Geneva's Riviera Beach recorded an estimated 65 percent jump in attendance this summer, despite a growing number of cases of coronavirus in Walworth County and concerns about the virus spreading among beach goers. 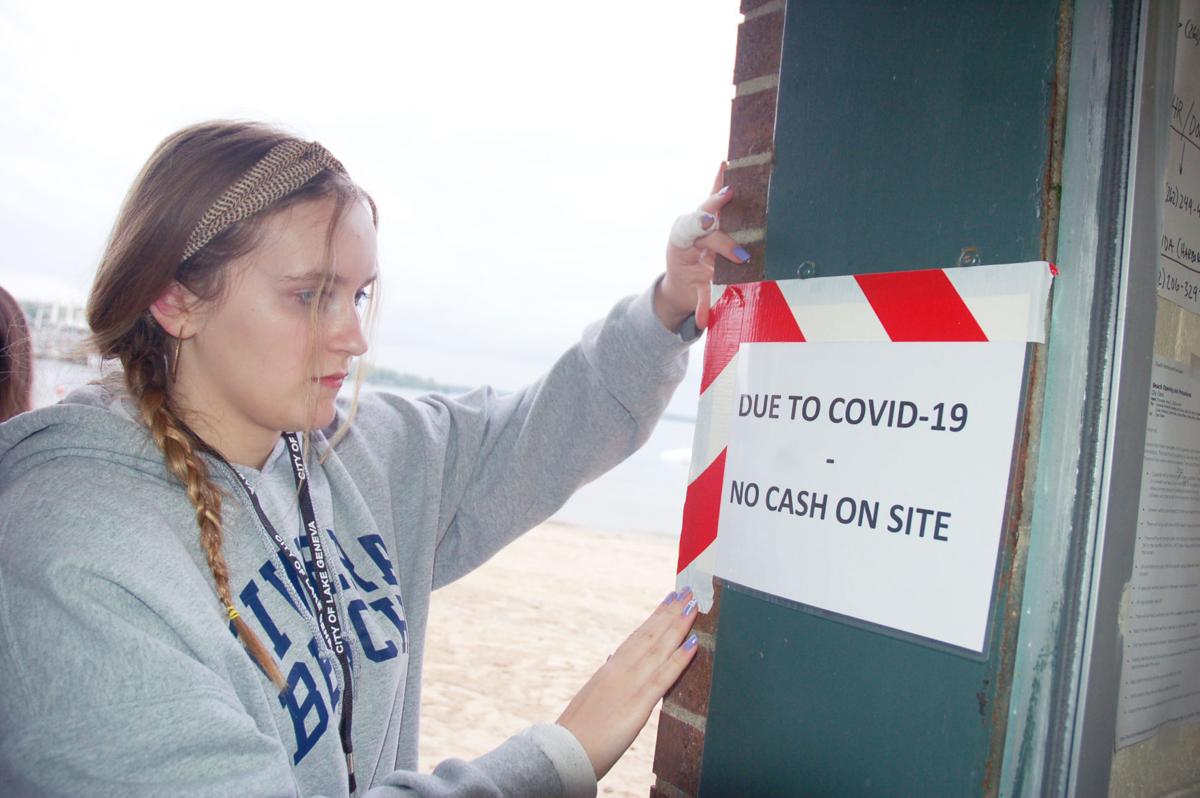 Attendance at Lake Geneva's Riviera Beach jumped nearly two-thirds this summer and revenue from admissions doubled, despite city efforts to control crowds to combat the spread of the coronavirus.

City officials have reported that 102,914 people visited the public beach this summer — a significant increase from last summer's total attendance of 62,043 adults and children.

The jump in revenue is being credited with easing Lake Geneva city budget woes elsewhere attributed to the coronavirus pandemic and its impact on the tourism community.

City harbormaster Linda Frame, who oversees Riviera Beach, said she believes beach attendance jumped this summer because of a general increase in tourism and also because state-owned Big Foot Beach was closed to the public.

"I think the people who were staying at the hotels near there came here," Frame said. "I think it was a contributing factor."

The city-owned Riviera Beach in downtown Lake Geneva was open to the public May 23 until Sept. 7.

The city council voted by a narrow 4-3 margin on May 19 to open the beach for the summer, as several aldermen expressed concerns about crowds at the beach spreading the upper respiratory virus.

Longtime beach supervisor George Steffen resigned in protest after 40 years on the job, saying he disagreed with inviting crowds to the beach during the public health crisis.

City officials briefly limited attendance at Riviera Beach to about 300 people, but then boosted attendance to 800 people in June and then allowed maximum capacity of 3,000 people.

Frame said the capacity was increased to reduce the number of people waiting in line to get into the beach.

Beach visitors were encouraged, but not required, to wear face masks and to maintain social distancing to avoid spread germs.

"The cooperation from people was phenomenal," she said.

Since June, the number of people in Walworth County to test positive for coronavirus has jumped from 500 to more than 2,000.

The county is averaging about 18 positive tests a day, and with more than 2,400 infections as of Sept. 21, Walworth County has the state's third-highest per capita infection rate, behind only Milwaukee County and Brown County.

Many summer visitors to Lake Geneva ignored public health guidelines for face masks and social distancing to control the spread of the virus, also known as COVID-19.

City Administrator Dave Nord said the increased revenue from beach admissions will relieve a projected $400,000 city budget deficit that had been forecasted earlier in the year.

"The additional revenues will help offset some of the negative impact on revenues in other areas of the budget," Nord said.

City officials told aldermen Sept. 14 that the city now is now about $25,000 ahead of budget for this year, and that the beach attendance increase was largely responsible.

"I couldn't believe how well we were doing," city comptroller Karen Hall said. "It was a good decision to open the beach."

Nord said another factor in the revenue increase was a decision in July to increase the admission cost for children from $4 to $8.

The beach did experience other staff turnover during the summer, too.

Frame said the staff issues were not long-lasting.

"We had issues at first, but then we recruited more people," she said. "It was a terrific group of people that was willing to work."

Collection: It was a summer to remember at Lake Geneva's Riviera Beach

Take a look back at a wild summer at Lake Geneva's Riviera Beach, which drew big crowds despite public health concerns, staff resignations and…

Lake Geneva's Riviera Beach recorded an estimated 65 percent jump in attendance this summer, despite a growing number of cases of coronavirus in Walworth County and concerns about the virus spreading among beach goers.