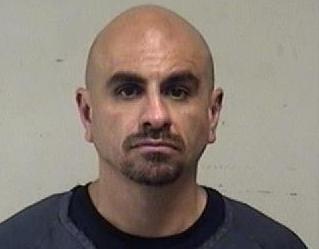 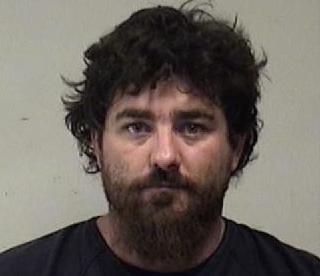 KENOSHA — Two Missouri men affiliated with a militia group that celebrates Kyle Rittenhouse as a hero on social media are facing federal charges after a witness told law enforcement the men came to Kenosha to loot and “pick people off.”

Michael M. Karmo, 40, and Cody E. Smith, 33, both of Hartville, Missouri, are facing federal charges of illegal possession of firearms after being arrested Sept. 1 at a hotel in Pleasant Prairie.

Both Smith and Karmo are barred from possessing firearms because of past criminal convictions.

According to the criminal complaint, Kenosha police informed the FBI that the department had received a tip that Karmo and an unidentified man were traveling from Missouri to Kenosha “to loot and possibly ‘pick people off.’”

The witness told investigators “Karmo told (him) he was going to Kenosha with the intention of possibly using the firearms on people. (The witness) feared that with Karmo’s increase in conspiracy theory talks and other ‘crazy’ political talk he was not in the right mindset to have a firearm.”

Smith and Karmo were taken into custody at the La Quinta Hotel, 7540 118th Ave. in Pleasant Prairie.

In the men’s vehicle and hotel room, FBI agents found body armor, tactical gear, an AR-15 rifle, a 12-gauge shotgun, a homemade silencer and two handguns, along with ammunition for the weapons.

According to the criminal complaint, Smith told investigators he and Karmo traveled to Kenosha to take part in rallies for President Trump, who came to Kenosha Sept. 1 to meet with law enforcement and to tour businesses destroyed in unrest following the shooting of Jacob Blake by a Kenosha police officer on Aug. 23.

Karmo told investigators they came to Kenosha “to see for themselves” what was going on. They arrived on Sept. 1 and went to Bradford High School, where Trump was speaking, telling investigators they wanted to attend the Trump rally.

Smith told investigators they brought guns to the high school but kept them locked in their vehicle.

Karmo told agents that he and Smith have been roommates in Missouri for about four weeks, and that they worked together at a barrel-making company.

He told investigators they are members of the 417 Second Amendment Militia in Missouri.

The 417 Second Amendment Militia Facebook page — which lists Karmo as a member — has multiple posts about the unrest in Kenosha. At least eight posts on the page support Rittenhouse, a 17-year-old from Antioch, Illinois, charged with homicide after allegedly shooting three people in Kenosha, killing two.

Rittenhouse said in interviews before the shooting that he had come to Kenosha as a militia member to protect property.

The teenager has become a cause celebre for gun rights groups, who argue he acted in self defense. An online fundraiser from a Christian group has raised more than $425,000 for his legal defense.

Each offense carries a maximum penalty of 10 years in prison, a maximum fine of $250,000, and up to three years of supervision after release from prison.

Kenosha County official turns her back on public pleas for justice

Kenosha County residents demanding accountability for racism and police brutality found one elected official unwilling to even face them.