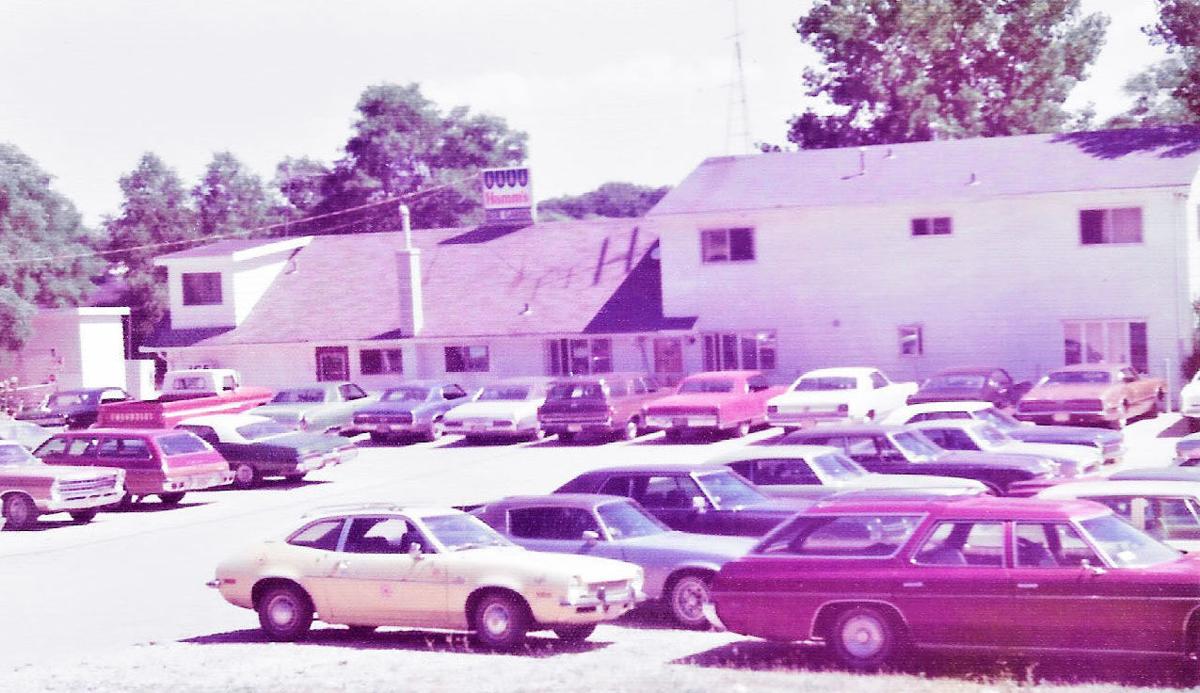 Cars fill up the parking lot in 1974 at Frank and Mary’s Club Benedict, in the background, where weekend visitors and others flocked for summertime fun on Lake Benedict in Kenosha County. 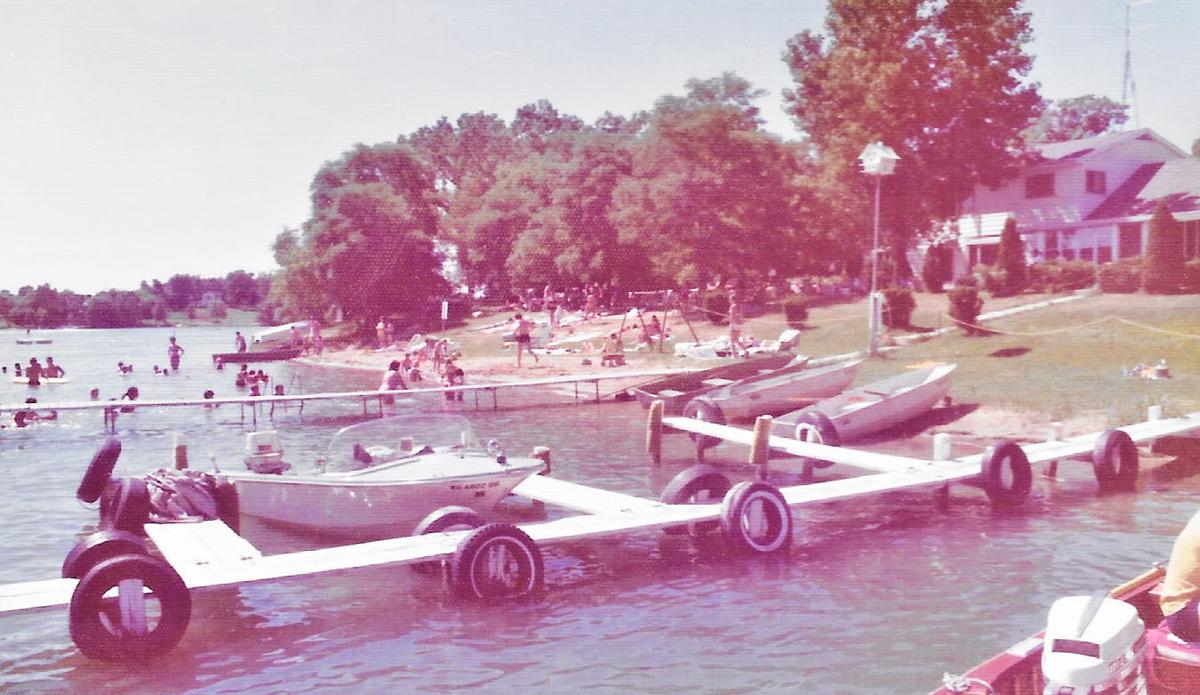 Boater and swimmers enjoy a summer afternoon in 1974 at Frank and Mary’s Club Benedict, a popular resort and restaurant that operates on Lake Benedict for decades. 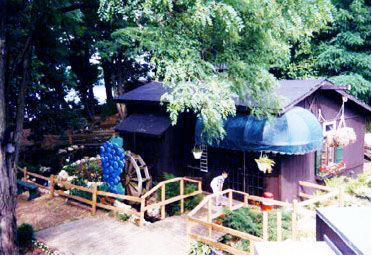 A former restaurant and resort, known most recently as Lake Benedict Restaurant, is scheduled to be burned down starting Saturday in a controlled burn fire department training exercise.

TOWN OF RANDALL — A onetime resort and restaurant where summertime crowds gathered for food and fun could soon be reduced to ashes.

The owners of the former Lake Benedict Restaurant, 40617 93rd St., have donated the lakeside property to firefighters to burn down as a training exercise.

The two-story building has been vacant for about 10 years, and has fallen into a state of disrepair that makes it more of an eyesore than a landmark.

But before it goes up in flames, those who remember the Lake Benedict Restaurant and its predecessors are reflecting on its heyday as a beloved attraction.

Located east of Bloomfield just across the county line in Kenosha County, the property got its start as a restaurant and tavern with overnight lodging in the 1920s or ‘30s under the ownership of Albert and Olga Zuhde.

The Zuhde family had a home on Lake Benedict, and after their home was destroyed by fire, they decided instead to build a hotel that included eight guest rooms, two bathrooms and a tavern. The owners called their place Zuhde’s Resort.

The rustic setting made the spot popular for boating, picnics, snowmobile races and other outdoor activities.

Their daughter, Mary Beth Gaik, recalls watching guests flock to the resort on weekends and launch their boats on Saturdays and Sundays for summertime afternoons on Lake Benedict.

During the winters, the family hosted snowmobile races on the frozen lake, along with ice skating and hockey.

Visitors from the Chicago area poured into the lakeside resort on weekends. Mary Beth remembers customers waiting in line for her mother’s cheeseburgers, chicken soup and hot buttered rum with eggnog.

“It was controlled chaos,” she said.

Weindruch, who lived in the neighborhood growing up during the 1950s and ‘60s, remembers fishing on Lake Benedict with his father and stopping at the resort to fuel up their boat.

Weindruch recalls the walls inside the tavern covered with Miller Beer signs and brewery memorabilia.

On Sundays, he and his father would grab a bite to eat, usually a three-egg special.

“You would go in the place with a lot of old timers,” he said. “Everyone would take their boats and tie up. Everybody would have the brunch, and it was really good.”

In 1975, Tom Romano purchased the business in a partnership with his mother and brother.

The Romanos renamed the spot Three Lakes and operated it as a restaurant, with a new dining room they added to the property. The family also offered rental boats with a boat ramp and picnic tables outside.

Romano recalls crowds packing the place for lunch and dinner, especially on the weekends.

“It was a pretty decent going place at that time,” he said.

Romano said employees from the nearby Nippersink Resort made his restaurant and tavern a favorite spot after work during the summer months. Some simply rowed their own boats across the lake from Nippersink to reach the bar for a couple of cocktails.

After about five years, the Romano family sold the property to new owners. But locals say the place was never the same after that.

Neighbors say the business ceased operations at least 10 years ago.

The current owners, Dave and Janet Banas, who say they acquired the property this summer through foreclosure, said the old resort and restaurant has deteriorated badly.

“The building is beyond repair,” Dave Banas said. “The ceilings were falling in.”

Dave Banas recalls working as a bartender at the restaurant during the 1970s.

With an eye on redeveloping the three-acre property, Banas has donated the 4,000-square-foot building to the Town of Randall Fire Department for a controlled-burn training exercise.

The controlled burn is scheduled to take place Dec. 7.

Banas said he hopes to maintain a public boat launch to Lake Benedict after redeveloping the site.

Although the former resort holds many good memories for those in the area, neighbors are ready to bid farewell to a place that they recognize has become an eyesore.

Nearby resident Rosemary Badame said she has confidence that Banas will be a good steward of the property and do something worthwhile in redeveloping it.

“I’m in favor of anything he does,” Badame said. “He is in for wanting the best for the lake.”

Romano agreed that removing the old resort and restaurant is probably best for the area.

“It will be an improvement for the people on the lake,” he said.

Cars fill up the parking lot in 1974 at Frank and Mary’s Club Benedict, in the background, where weekend visitors and others flocked for summertime fun on Lake Benedict in Kenosha County.

Boater and swimmers enjoy a summer afternoon in 1974 at Frank and Mary’s Club Benedict, a popular resort and restaurant that operates on Lake Benedict for decades.

A former restaurant and resort, known most recently as Lake Benedict Restaurant, is scheduled to be burned down starting Saturday in a controlled burn fire department training exercise. 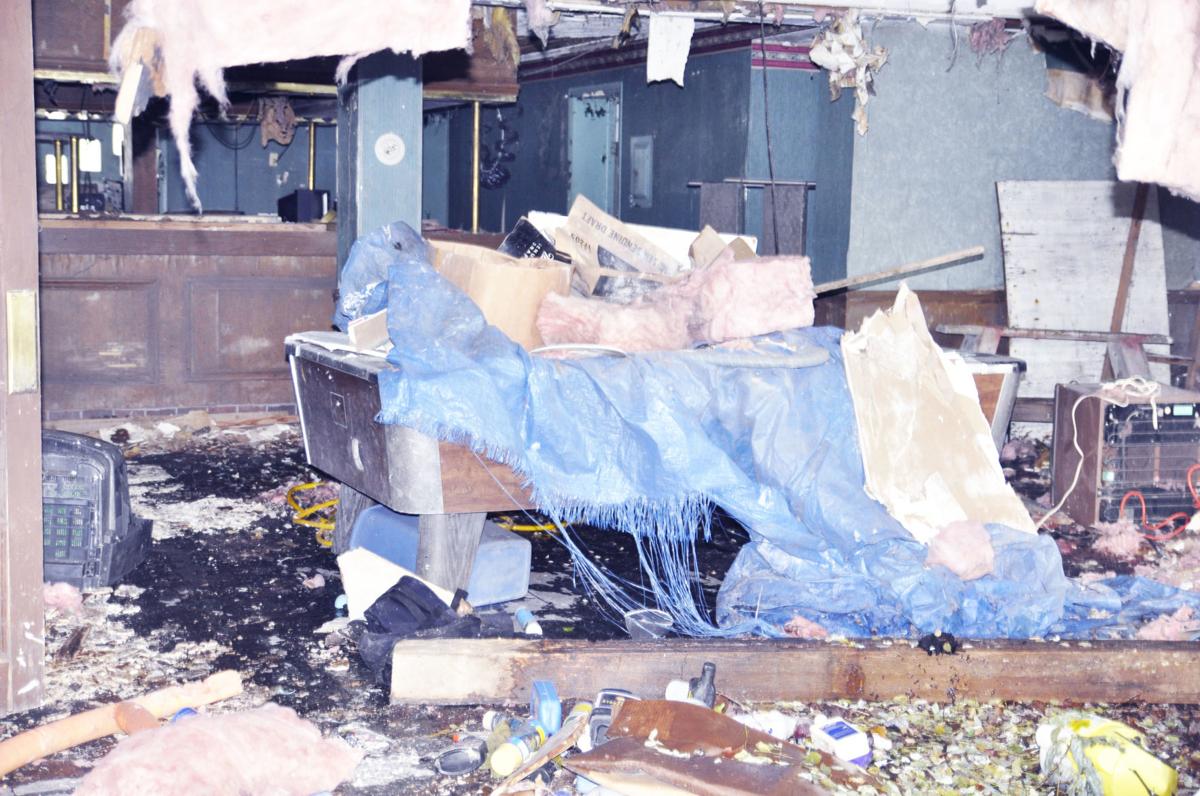 This interior image of the old Lake Benedict Restaurant shows the deterioration that has left the property donated to a fire department for a controlled-burn training exercise. 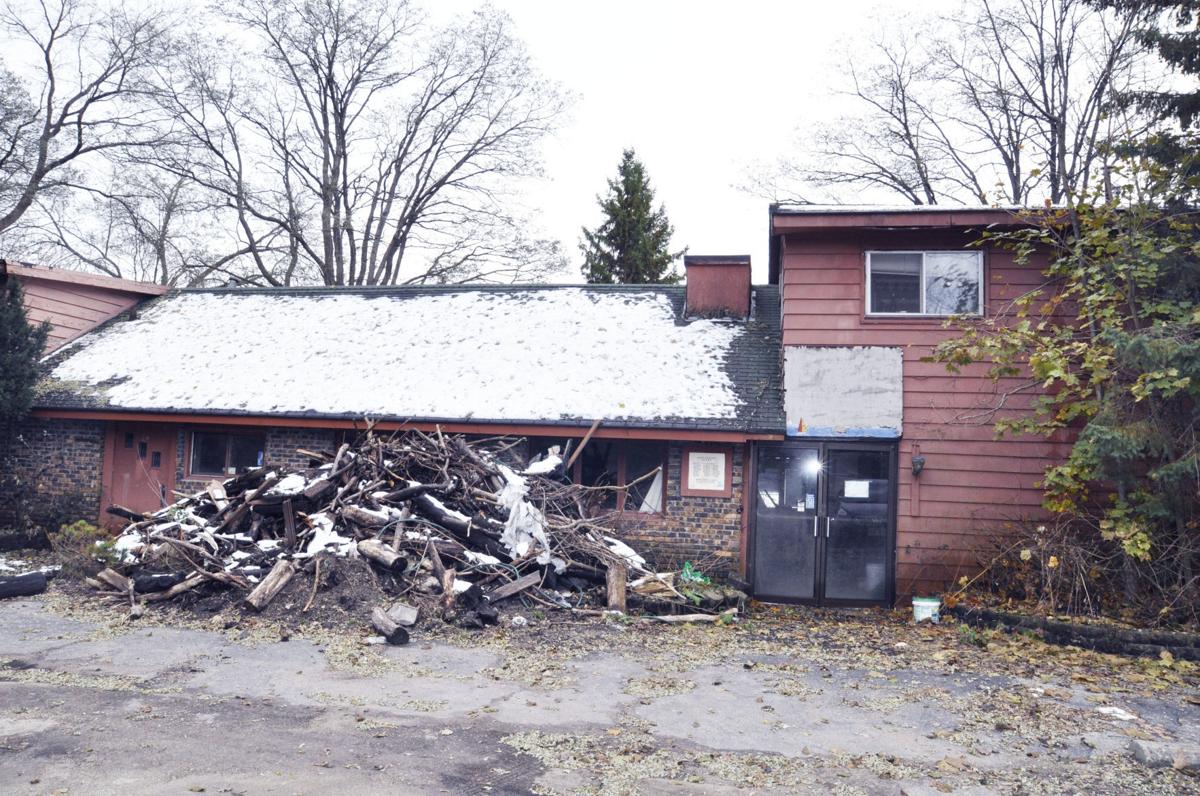 The former Lake Benedict Restaurant, located at 40617 93rd St., town of Randall, has been donated for a Dec. 7 controlled burn that will remove the once-popular resort and restaurant.