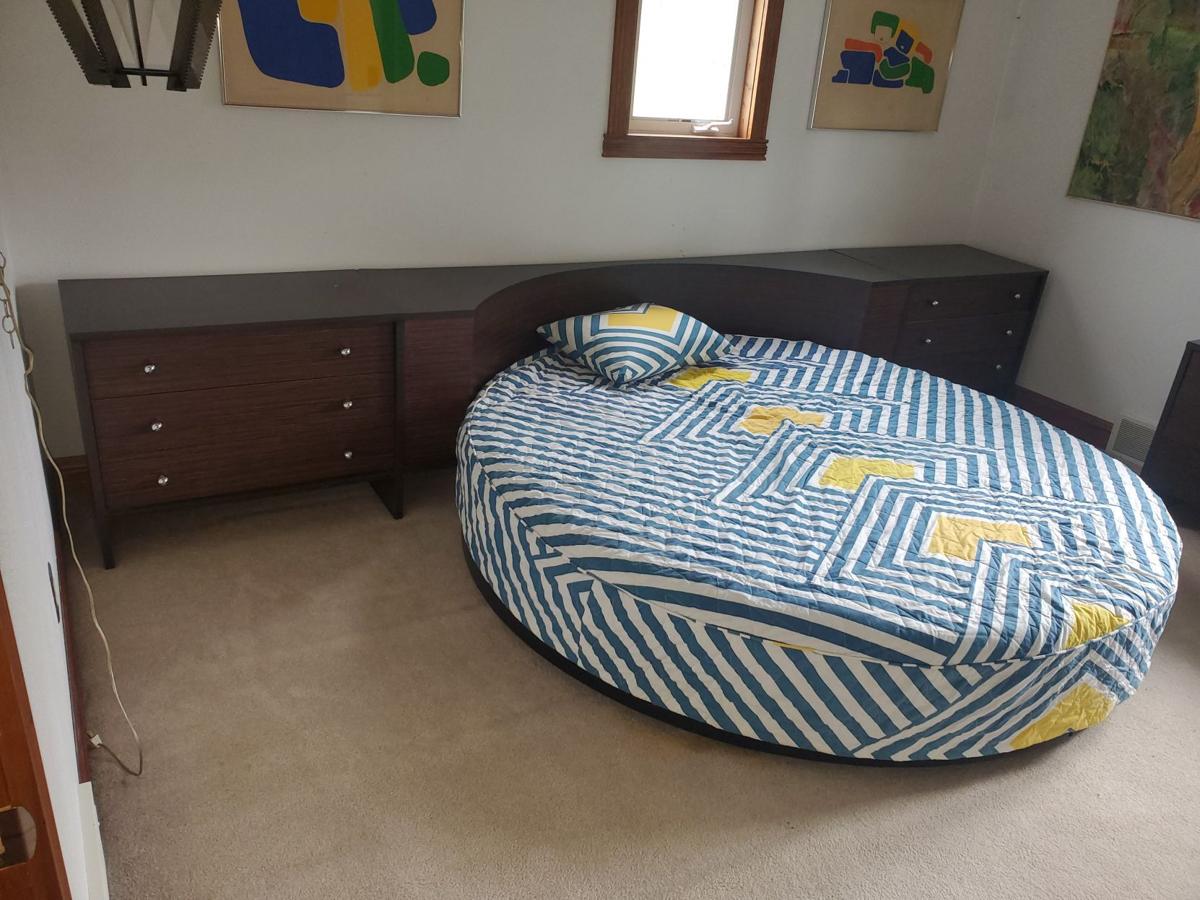 A round bed from the original Geneva Playboy Club Hotel is one of the many items up for auction at sellitnowstore.com. 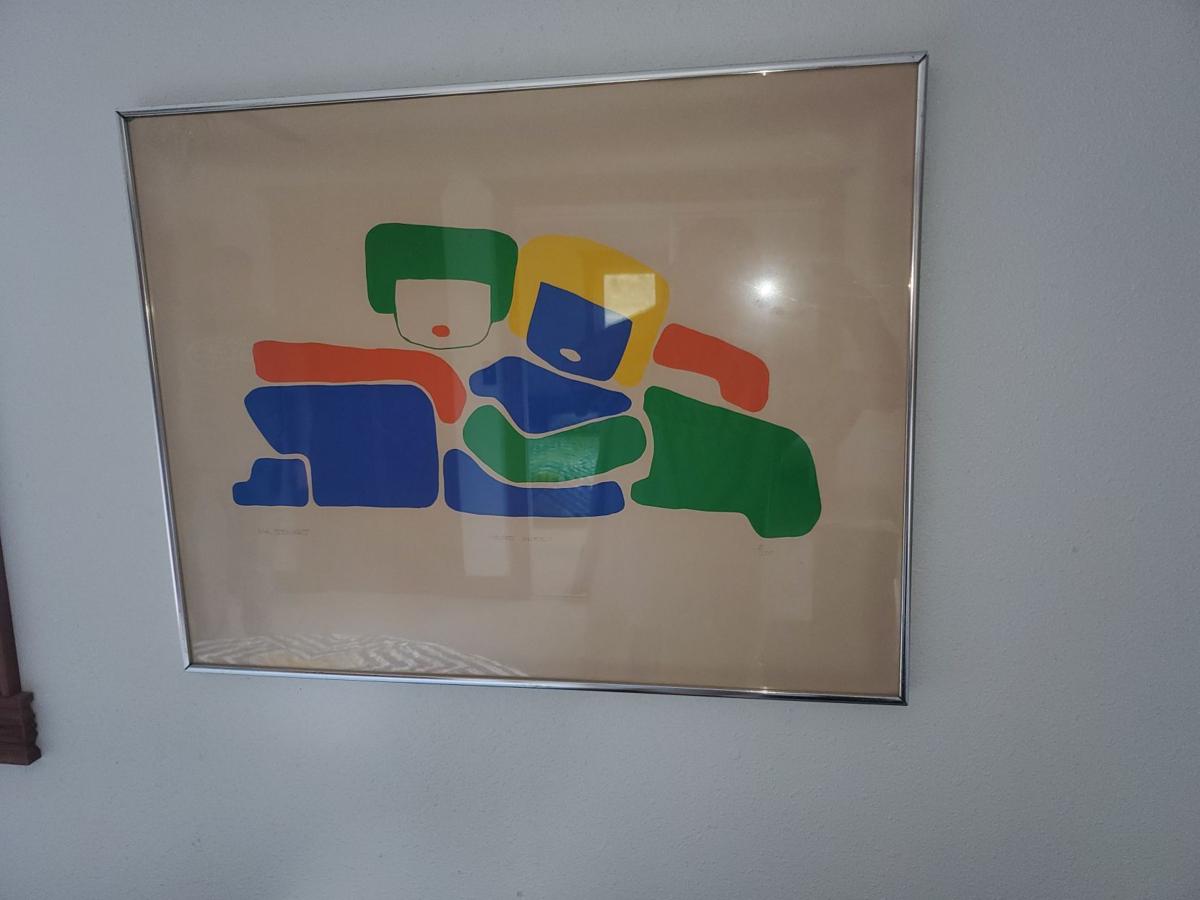 Signed wall art from historical Geneva Playboy Club Hotel is up for auction. 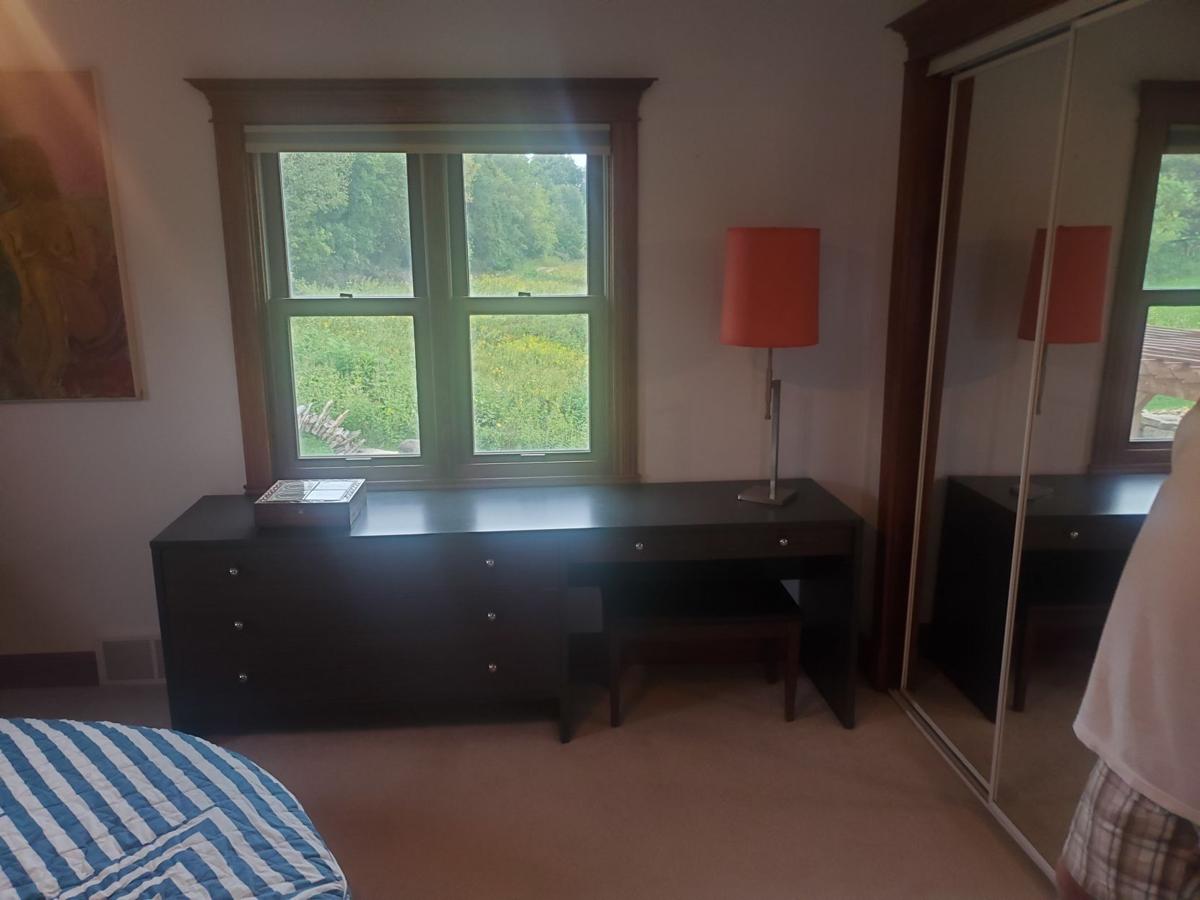 A dresser from the historical Geneva Playboy Club Hotel is up for auction.

A bedroom set supposedly from the original Lake Geneva Playboy Club, which opened in 1968 and has been the Grand Geneva Resort and Spa since 1993, is up for sale.

Some of the items include two pieces of signed artwork for the wall, a desk lamp, a round bed with Playboy monogram sheets, two nightstands, and a desk/dresser from 1968.

Mike Boerschinger, of Waukesha, is the auctioneer selling the items.

He posted it on a few Facebook marketplace sites and soon his phone started ringing.

“My phone, the auction house phone and my email have been going crazy,” he said. “It is crazy how many people thought this was a pretty cool set.”

He currently has it listed for $4,000 and would love to see someone in the Lake Geneva area buy it who remembers it.

“We had a couple from western Wisconsin that contacted us on a number of pieces as they were moving out of state to Florida,” Boerschinger said. “When I went out there and visited them, they didn’t really tell me about this stuff until I got out there.”

He said they had bought the pieces from a couple in Lake Geneva where the husband worked for the Playboy Club.

“When they dismantled the Playboy Club and became the Grand Geneva, he was able to obtain a full bedroom set,” he said. “They were very proud of it, but there’s that cringe factor with that and you could tell that they were prepared for that.”

A couple weeks before the previous owners moved, Boerschinger said they asked for help.

“I ended up acquiring it and I sat on it for a long time,” he said. “I also thought I’m going to put this out there and I’m going to get a lot of people that are going to make some rude comments about it.”

But as it turns out, it has been the exact opposite.

“When I wrote up the history on it, I erred on the side of historical artifacts,” Boerschinger said. “That’s really what it is.”

He said he reached out to friends of his and one of his friends was a Playboy bunny who remembered her time and the items now being auctioned off.

Boerschinger acknowledged the reason these items sat in his warehouse for six months was a lot of the same reasons people might view Playboy in a negative light.

“I’d gauge interest from people who would walk into the warehouse, tell them the story and it was kind of 50-50,” he said. It was a lot of differing opinions from people, some who thought it was the coolest set they have seen in a long time to people suggesting that you need a black light to look at the mattress.”

“Many of those customers were really interested in it and I have had to quote shipping to a number of them to get it over there,” he said. “I wondered what the connection would be for someone from Greece and I asked them. They said they collect Playboy. I didn’t really think that many people out of the country were into that and I was kind of taken back by that.”

If interested, the items up for auction can be found on the Sell it Now Store’s Facebook page at facebook.com/sellitnowstore and they’re also set up in his Waukesha warehouse located at 2315 Badger Drive Unit 1. The warehouse is open Saturdays 9 a.m. to 1 p.m. To learn more, call 414- 727-0600.

20-plus photos of the old Lake Geneva Playboy Club, including Cher's visit

A look at the concept

Fire in the hole

Cher at the Playboy Club

Cher and Chasity at the Lake Geneva Playboy Club

A taste of glamour

The Walworth County Health Department has issued a warning about a Delavan COVID testing facility.

Driehaus Estate sold for $36 million, a state record; Tito's owner did not buy it

Café Calamari property could be sold to developer, but no concrete plans presented yet

There has been a lot of discussion that the Cafe Calamari property could be sold to a developer. Talks are ongoing, but nothing is finalized and nothing has yet been presented to the village.

A Whitewater man rang in the new year, reportedly getting his seventh DUI on New Year's day.

Mount Pleasant is paying nearly quadruple the most recent assessed fair market price for the property of one of the last Foxconn holdouts.

Three individuals have been arrested in connection to a Jan. 7 burglary  at Delavan’s Dam Road Gun Shop.

Police are warning about thin ice after an ATV went through the ice on Delavan Lake on Thursday, Jan. 13.

Fake COVID-19 Testing Sites Are Popping Up Amid Omicron Surge

Fake COVID-19 Testing Sites Are Popping Up Amid Omicron Surge

A round bed from the original Geneva Playboy Club Hotel is one of the many items up for auction at sellitnowstore.com.

Signed wall art from historical Geneva Playboy Club Hotel is up for auction.

A dresser from the historical Geneva Playboy Club Hotel is up for auction.