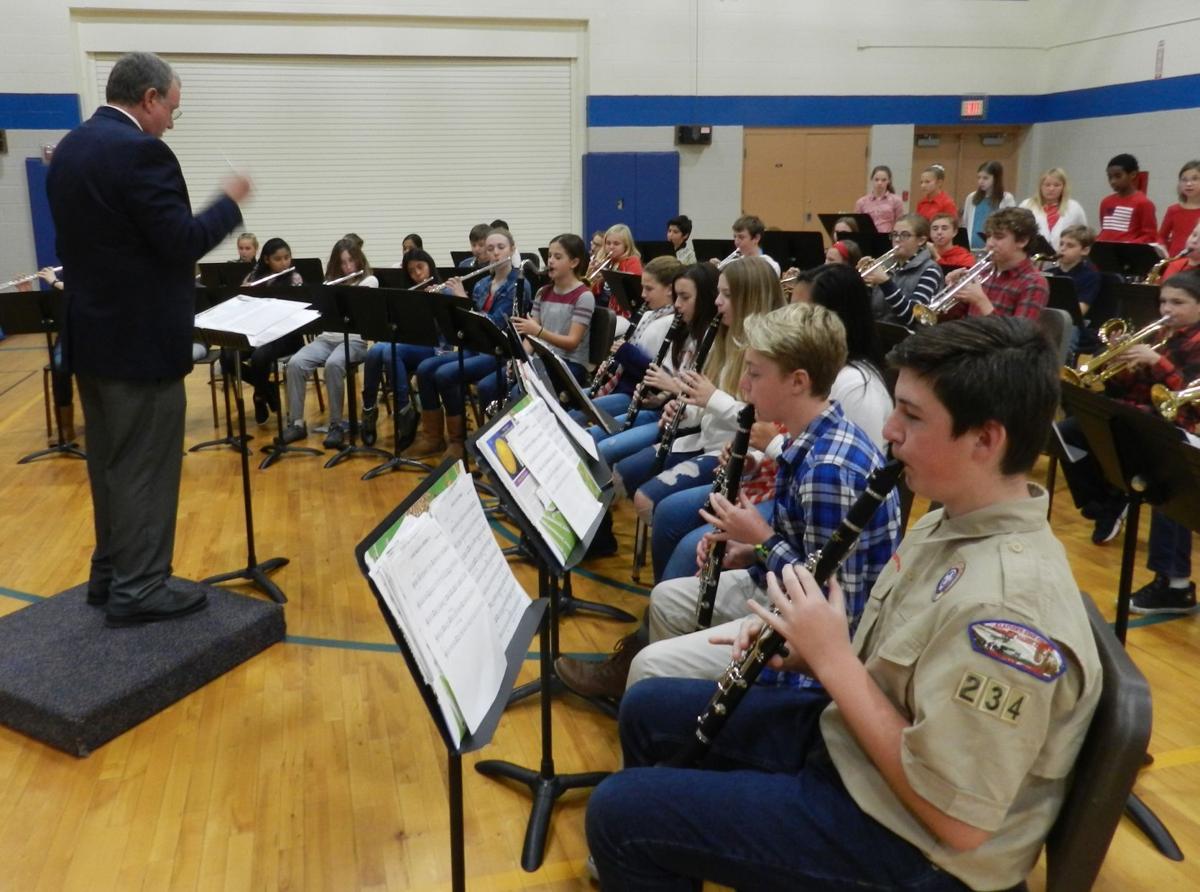 Reek Elementary students performing a Veteran’s Day concert in the school’s gymnasium. If the school’s referendum to increase its budget by $200,000 fails, it is possible special programs like music may suffer budget cuts. 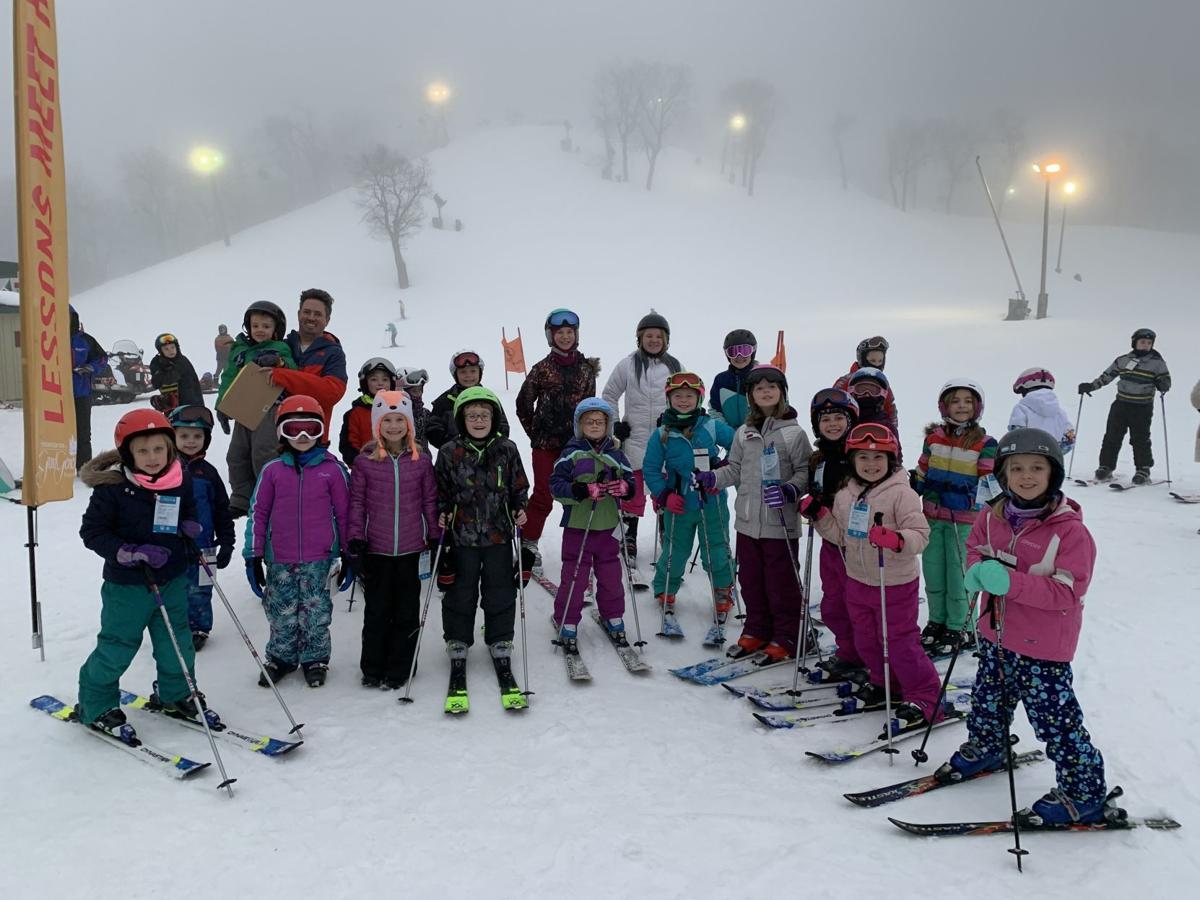 Members of the 2019-2020 Reek Elementary ski club pose for a photo. Athletic programs like the ski club may face budget cuts if the school’s referendum for a $200,000 budget increase fails in November. 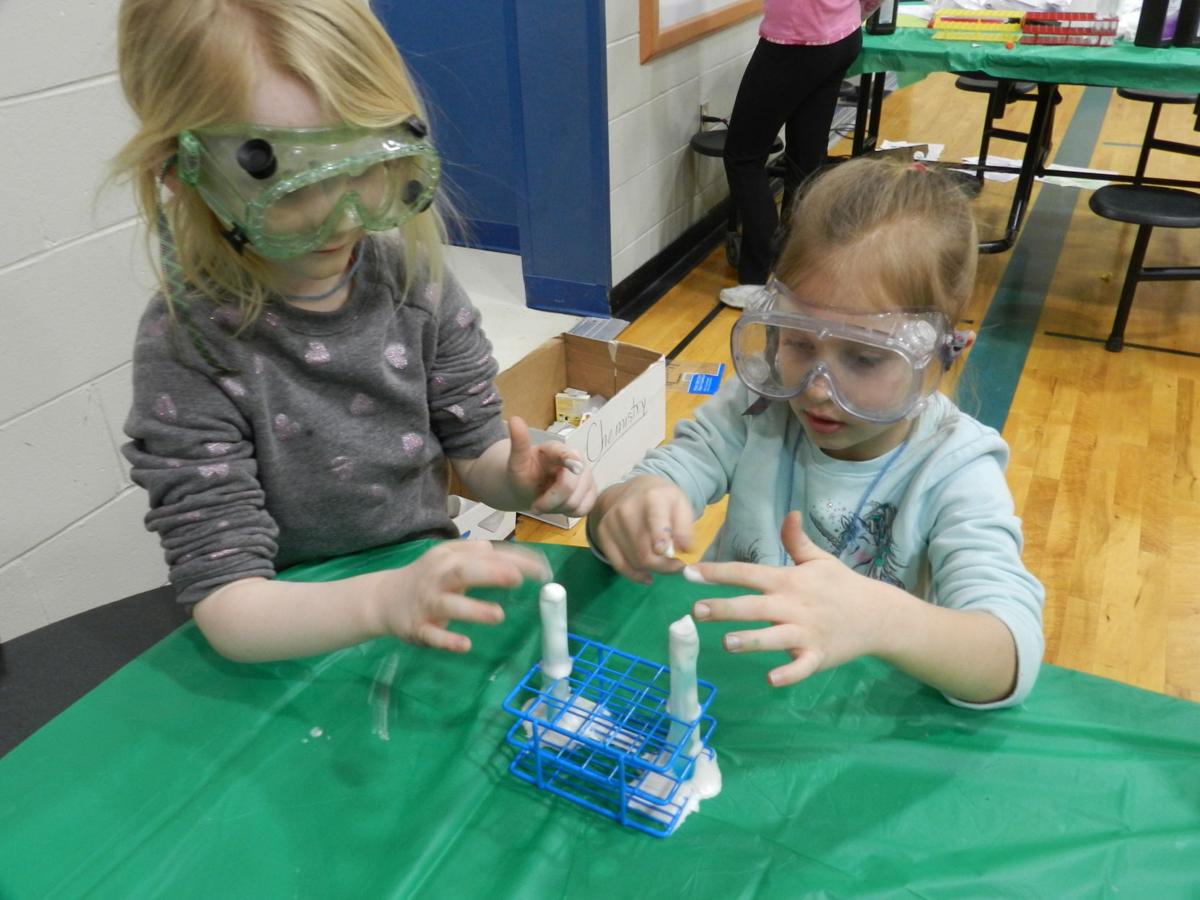 LINN — Despite enrollment increases from Illinois families coming to Wisconsin due to coronavirus, Reek Elementary is still moving forward with a referendum, knowing numbers could greatly fluctuate.

Reek Elementary is hoping to pass an operational referendum this November to increase its budget by $200,000 starting this school year.

Reek Elementary, the only school in the Linn Joint 6 School District, is urging residents this year to vote in an operational referendum which would increase the school’s budget by $200,000.

Because the referendum is recurring, if approved in November, the $200,000 budget increase will not need to be voted on each year.

What the referendum is for

An informational document about the proposed referendum on the school’s website states the additional funding is needed to fund staff, busing, van transportation and utilities, as well as programs like art, band, music, technology, robotics and athletics.

The document also states that if the referendum does not pass after voting in November, Reek Elementary will be forced to make cuts from the school’s staff, programs and services, extracurricular activities or athletics to balance its 2021-2022 budget.

School administrator Samantha Polek said if the referendum does not pass this year, it is likely cuts would have to be made from either the school’s already small staff or from athletic, music or robotics programs.

“We’d have to possibly look at not offering some of what we call specials classes like art and music,” she said.

In the informational document regarding the referendum, a list of cost saving measures already implemented in Reek Elementary were listed, including the elimination of post-employment benefits, the elimination of step-and-lane compensation for staff, the combination of teaching positions and more.

A home worth $300,000 in the district would likely see a one-time annual increase of $9 if the referendum were to pass, or an additional $0.75 per month.

Polek said she hopes community members understand costs to the individual under the referendum are relatively inexpensive but will allow the school to continue delivering high-quality educational opportunities to students.

“I’m hoping people understand this is a very minimal ask for our taxpayers and it would definitely benefit the school,” she said.

The last time the school district went to referendum was in 2013, for a one-time building referendum to repair crumbling bricks on the school building exterior and make other necessary improvements around the school, according to Polek.

District board of education president Alex Palmer said the school has experienced a trend in the last ten years of growing operational costs exceeding school revenues.

He said if the referendum were to pass, the additional funds wouldn’t be dedicated to any one program but to the overall expenses of operating the school.

School business manager Caleb Kleinhans said despite about a $50,000 increase in revenue this year due to an increase in school enrollment, the school expects to face about a $90,000 budget deficit for the 2020-2021 school year if the referendum fails.

The school’s 2020-2021 budget is planned to be approved during the district’s board of education annual meeting on Oct. 19.

Kleinhans said an influx of families from Illinois staying in their summer homes due to the coronavirus and more students coming to the school through open enrollment than expected contributed to an increase of 15 students this school year compared to last, raising the current student body to 176.

“With all these people coming up from Illinois and staying in their summer homes, that’s actually increasing their membership, which has allowed us to increase revenue from our membership,” he said.

Despite the increase this year, Kleinhans said increased enrollment due to the coronavirus and open enrollment can fluctuate quickly, potentially leading to a greater deficit in the school budget.

Palmer said he hopes community members understand increased enrollment this year are likely only short-term, and that once concerns surrounding COVID-19 begin to dissipate, the school could experience another budget deficit.

“Probably once COVID is over and people go back to Illinois or wherever they’re from, we’re going to be right back in the same position we were in before,” he said.

Polek said for many residents in the district, the school is more than just a place for children to learn, it is also a memorable institution which has existed in the same location for over 170 years.

The administrator added that in the summer, the school grounds, which house a basketball court and community garden, are utilized by residents who do not have students or are not affiliated with the school.

“I think there’s really good community support out there, definitely our parents support it and even other people who are not associated with the school,” she said.

Several informational meetings for residents to learn more about the referendum have been scheduled at the school leading up to the election.

Attendants will be required to wear a face mask and practice social distancing at the meetings.

Editor's note: This story has been updated from the Oct. 15 print version with new information from the school business manager.

Reek Elementary students performing a Veteran’s Day concert in the school’s gymnasium. If the school’s referendum to increase its budget by $200,000 fails, it is possible special programs like music may suffer budget cuts.

Members of the 2019-2020 Reek Elementary ski club pose for a photo. Athletic programs like the ski club may face budget cuts if the school’s referendum for a $200,000 budget increase fails in November.