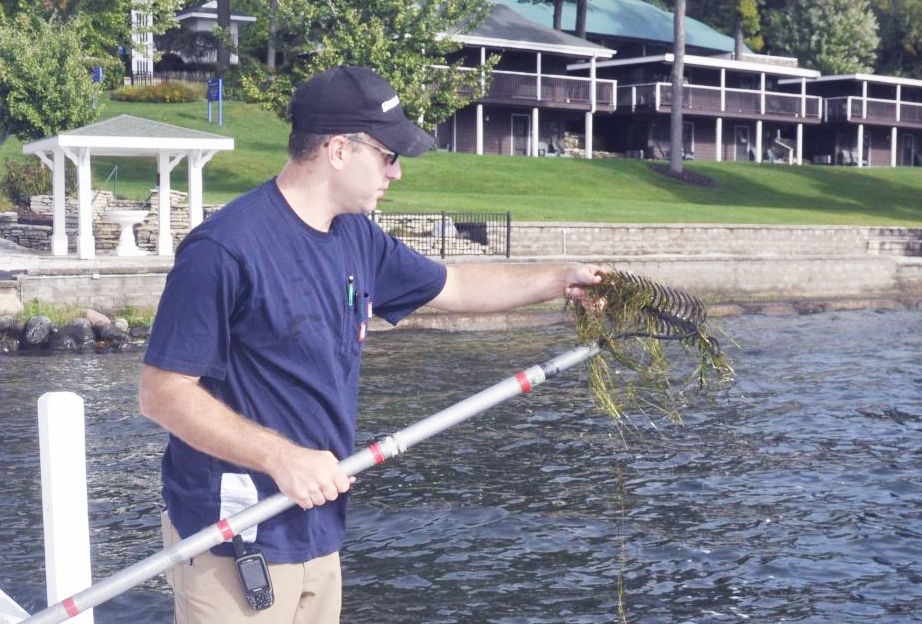 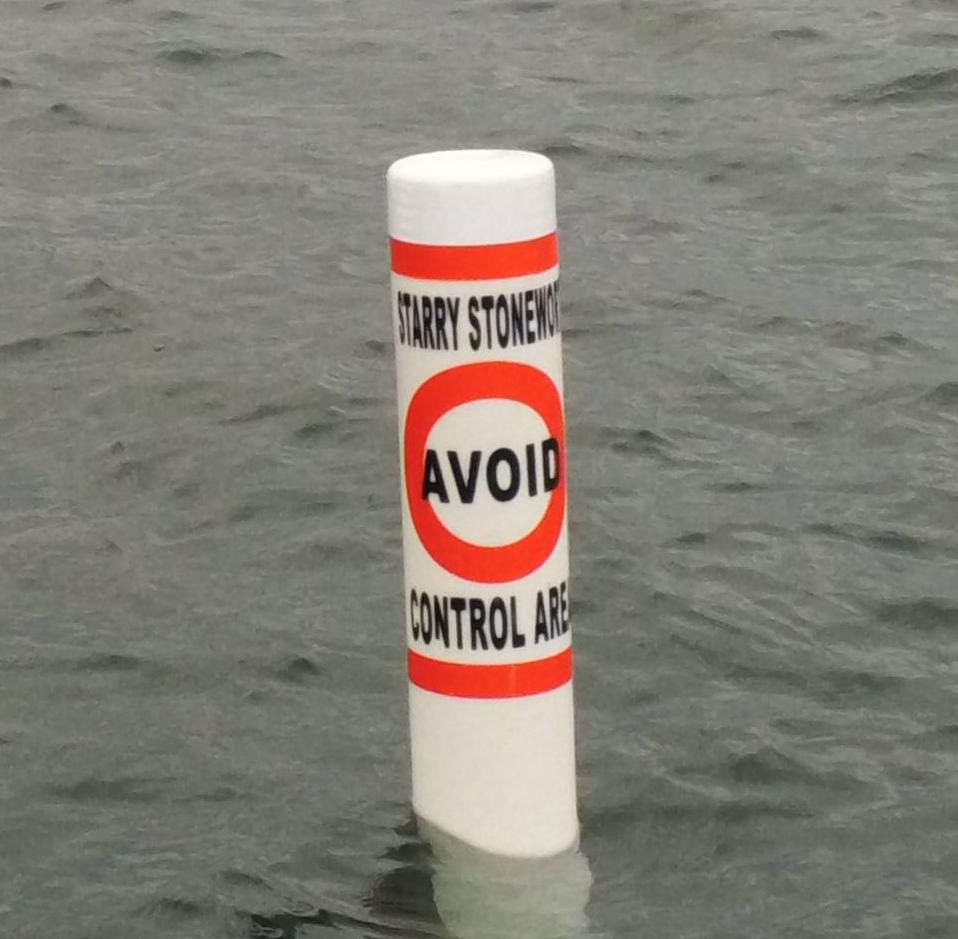 A buoy placed at the entrance to Trinke Lagoon by the Geneva Lake Environmental Agency warns boaters that the starry stonewort invasive species has been found there.

WILLIAMS BAY — The Geneva Lake Environmental Agency is considering new methods of combating the invasive species starry stonewort, which was found in the lake in summer 2018.

The seaweed-like algae plant can grow into large and bushy masses, inferring with boating and other recreational activities when it reaches the lake surface. The invasive species can also force out native species and reduce the biodiversity of the lake.

The environmental agency first combated the species with chemical algaecide in Trinke Lagoon, where the highest concentration of the species had been found.

But agency director Ted Peters said the treatments were only able to slow the spread of the species, not eradicate it.

Chemical treatments were enacted in summer 2019 and caused the species to recede slightly, but did not fully eradicate it as desired, according to Peters. Starry stonewort later was discovered to have spread from Trinke Lagoon to two other areas in the lake.

Peters said the starry stonewort in the lagoon is under 14 feet of water, making it difficult to reach with the algaecide. A creek flowing into the lagoon can also wash the chemicals away before they actually reach the plant, he added.

“We’re reviewing how successful the chemical treatment is in the long-term management strategy,” he said.

With funding available for at least one more chemical treatment, the agency may try combating the algae through that method again in June. But other methods are being considered, such as hand pulling the stonewort by scuba divers.

Heidi Bunk, a water resources management specialist with the Wisconsin Department of Natural Resources, said while the long-term effectiveness of hand pulling is still being evaluated, it can be advantageous because it allows for the removal of starry stonewort without harming native species in the way chemical treatments might.

She said lakes that are over-managed with chemical treatments, which can kill native plant species, can actually increase the spread of some non-native species. She said while the treatment may temporarily reduce a starry stonewort population, it also opens the door to future spreading by potentially killing native plants that would otherwise compete with the invasive species.

“Lakes that are lightly managed and don’t do much harvesting or chemical treatment tend to have a less severe population expansion of non-native species,” Bunk said.

She added that piers, boats and other water structures that block the lake from sun can decrease the amount of native species in a lake.

“Native species might be our best ally in controlling this stuff,” Peters said. “Maintaining a healthy native population of plants so there is no place for these invasive species to come in and take over.”

The hand-pulling strategy was tried in Pike Lake, near Hartford, where starry stonewort populations eventually decreased after competing with native plants.

Bunk said while there are differences in depth and boat traffic between Geneva and Pike Lake, both have healthy native plant populations, making the two somewhat comparable.

Peters said the reduction of starry stonewort in Pike Lake has in part been successful because of its Clean Boats, Clean Water program, which educates boaters at boat launches on how to reduce spreading the species.

“They haven’t done any control methods on their population,” he said. “They are taking a very aggressive approach to Clean Boats, Clean Water to prevent it from spreading to other sections.”

She said an invasive species sub-committee has been formed to determine the best way to combat the starry stonewort, in part by speaking with groups in and out of state that have dealt with the species before.

Bunk said it is unlikely Geneva Lake will ever fully eradicate its starry stonewort population and that the best outcome may be a healthy equilibrium between native and non-native species.

“We’re past the point of eradication,” she said. “Our best hope is low detect; that means they’re found here and there, growing among native plants and not causing much of a problem.”

A buoy placed at the entrance to Trinke Lagoon by the Geneva Lake Environmental Agency warns boaters that the starry stonewort invasive species has been found there. 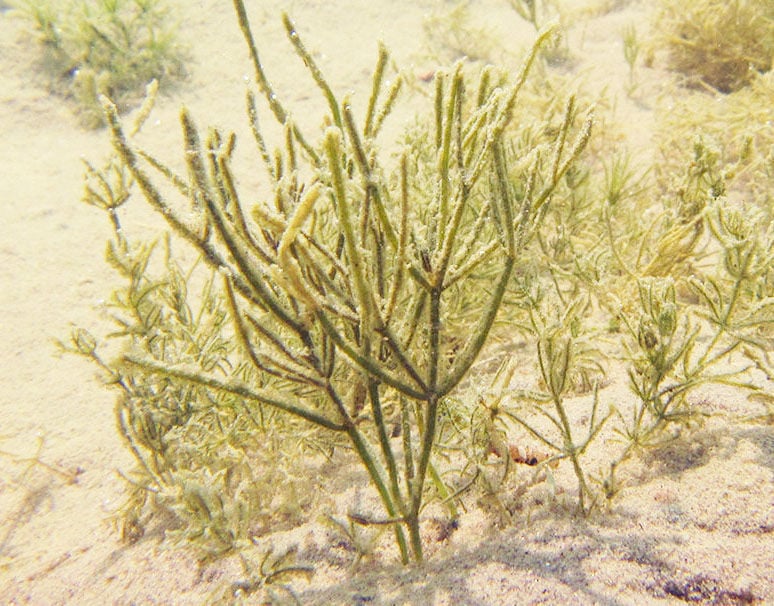