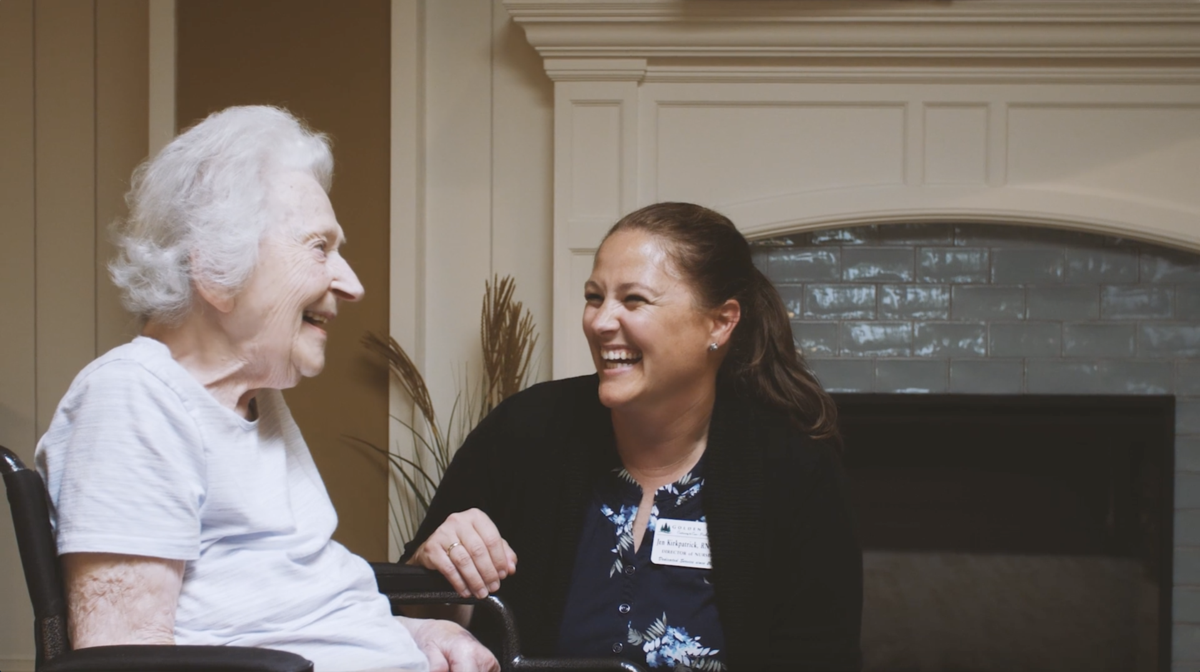 Jenny Kirkpatrick, the Director of Nursing at Golden Years in Lake Geneva, talks with a resident at the home. 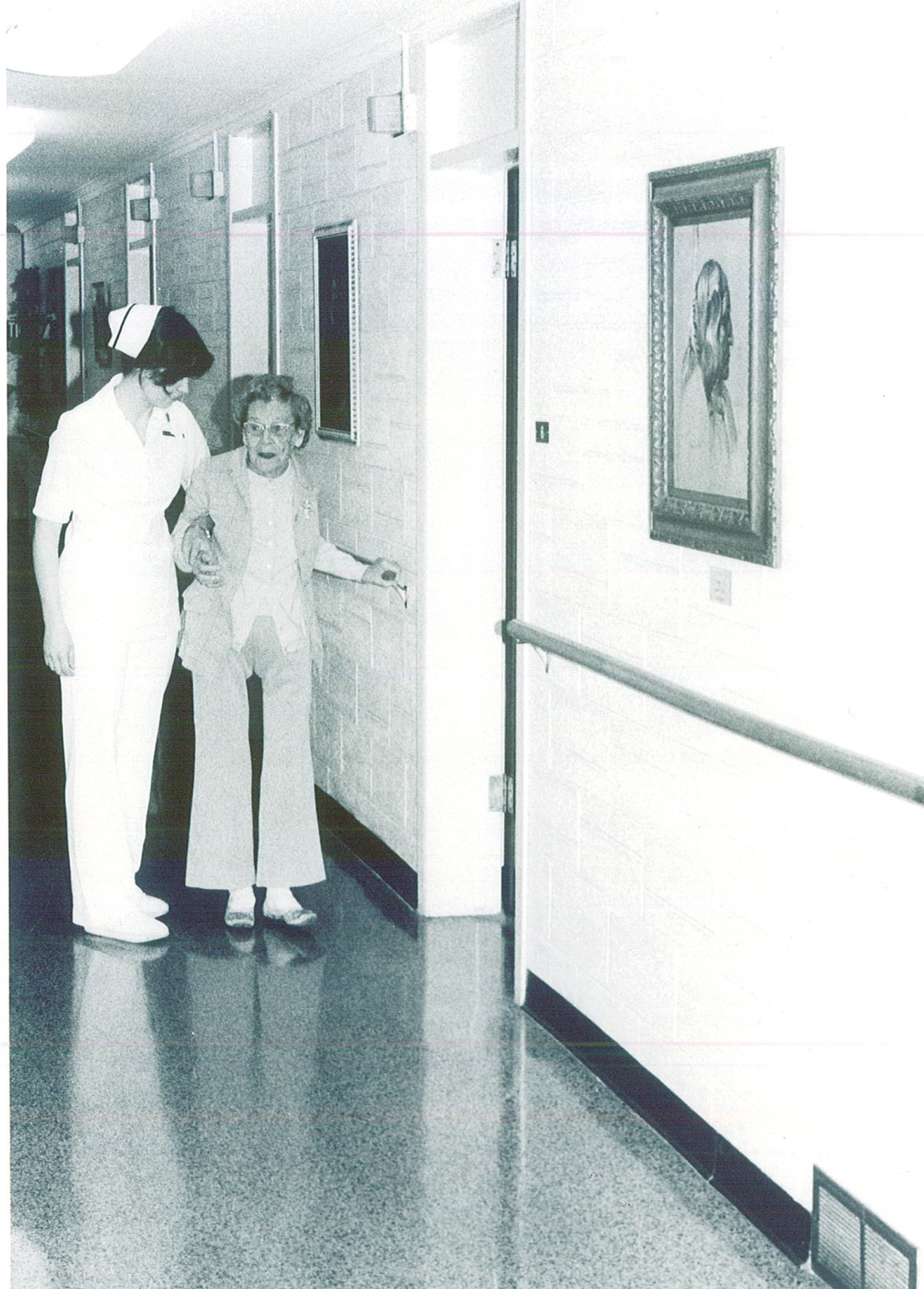 In this photo that was taken in the late 1970s, Linda Austin is working the floor of Golden Years as a nurse with a resident.

Most successful companies have something special that sets them apart. McDonald’s Big Mac is famous for its special sauce, Coca-Cola has its secret formula, Apple has its proprietary software, and Google has its secret search algorithm. These world-renowned companies are successful in large part because they have something unique, and have spent decades refining and protecting their “special stuff.”

While it may seem like a stretch to compare such massive, prominent corporations to a small, family-owned local company like the Golden Years, they too have been successful for decades due in large part to their “special stuff.” However, consistently providing quality healthcare to seniors is very different than creating a product or perfecting an assembly line, and as such, it has required something very different and more dynamic than a secret recipe. For more than 50 years the Golden Years has professed that consistently providing exceptional care comes from consistently having exceptional staff, and they believe that their reputation for quality care is directly connected to the excellence of their staff over the years. Like Coca-Cola’s formula and Google’s algorithm, the dedicated, caring, and empathetic staff of the Golden Years is the “special stuff” that has set them apart.

In 2019, the Golden Years celebrated 50 years as a family owned company. Throughout those decades of serving seniors in Walworth County and the surrounding areas, they had been through and had seen just about everything. They embraced new concepts like assisted living and hospice care which drastically changed the complexion of the senior care industry. They had dealt with physical plant challenges like a pipe bursting on the third floor one winter that created an unanticipated waterfall that cascaded down multiple stories of their building. While a record number of nursing facilities were closing throughout the state, they custom built a brand-new skilled nursing and rehabilitation facility in Lake Geneva. They withstood difficult economic times like when interest rates were in the teens in the 1980’s, and they had creatively dug tunnels through snow that drifted so high it surpassed the gutters on the roof. There didn’t seem to be much that they hadn’t experienced…and then 2020 arrived.

2020 brought with it a significant new challenge that no one in the senior living industry had ever dealt with before: a worldwide pandemic and a virus that is especially dangerous for the seniors they serve.

This pandemic has presented with a combination of some of the most difficult aspects of the previous challenges that the Golden Years has faced. It has brought economic challenges and physical plant challenges. It has required them to embrace new concepts and creatively find ways to continue provide quality care, but under a new and enhanced set of infection control rules and guidelines. And yet, as they have through countless challenges in the past, the Golden Years has endured. Not because of their history, or their equipment, or their buildings, but because of their “special stuff”: their loving, committed, extraordinary staff.

Jenny Kirkpatrick, the Director of Nursing at Golden Years in Lake Geneva, talks with a resident at the home.

In this photo that was taken in the late 1970s, Linda Austin is working the floor of Golden Years as a nurse with a resident.