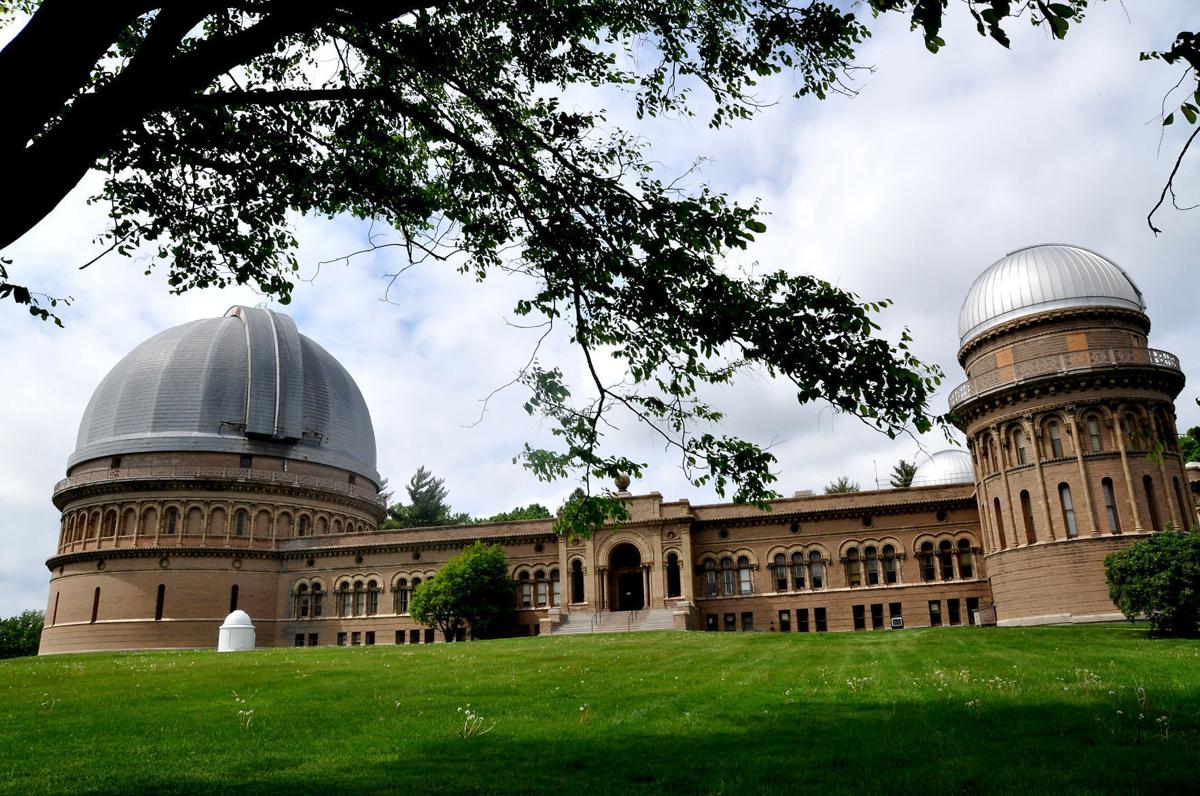 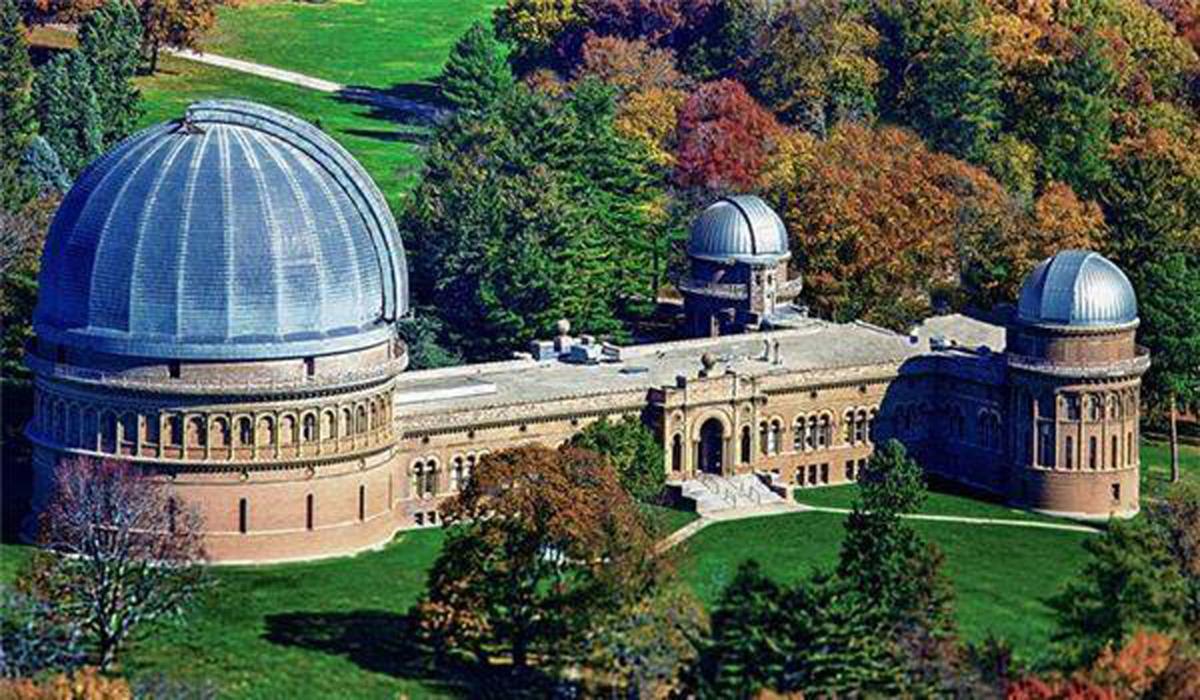 Yerkes Observatory, shown in this aerial image high above Williams Bay, is now in the hands of a private foundation, but the University of Chicago still owns adjacent land along the lakefront. 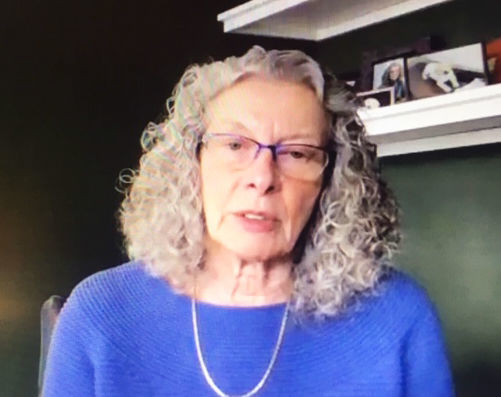 WILLIAMS BAY — Yerkes Observatory and most of the surrounding lakefront land will officially become property of the nonprofit Yerkes Future Foundation on May 1, securing the iconic site with new local ownership heading into the future.

The foundation and the University of Chicago announced April 28 that they had worked out remaining details of the ownership transfer, and that the historic scientific campus would belong to the foundation effective May 1.

The transfer — a donation from the University of Chicago with no cash considerations — culminates nearly two years of work by the foundation to salvage Yerkes since university officials announced plans to close the 120-year-old observatory.

Foundation chairwoman Dianna Colman called the May 1 ownership deal a significant achievement for not just the foundation but for all those who care about the observatory, locally and globally.

“It is a huge moment,” Colman said.

In addition to the observatory, which has become a treasured symbol of the Lake Geneva region, the university is donating about 50 acres of surrounding land, leaving about 20 others acres to sell for private residential development.

Proceeds from the land sales will be shared with the Yerkes Future Foundation to help the new nonprofit group embark on its mission of preserving and reopening the observatory to the public.

Leaders of the group have talked about possibly reopening Yerkes to the public this summer, although that has since been pushed back to the fall, possibly later.

In announcing the May 1 transfer, university executive vice president David Fithian said having a successor organization that is dedicated to Yerkes and to the Williams Bay community provides an appropriate new chapter for the observatory.

“We are delighted that this process is concluding in a way that brings long-term benefits to the Williams Bay community and future visitors to Yerkes,” Fithian said, “while serving the future of astronomy and astrophysics research and education at the University of Chicago.”

University officials announced in March 2018 that they were closing Yerkes to the public because the aging facility no longer served the private university’s scientific education and research mission.

The announcement stunned Williams Bay and the surrounding region, and efforts began almost immediately to avoid demolition of the observatory or significant redevelopment of the lakefront site.

Colman joined with other civic and business leaders to create the Yerkes Future Foundation, engaging university administrators in extended and largely private discussioins.

Both sides announced March 10 that they had reached an agreement in principle for the private foundation to accept Yerkes as a gift.

The foundation is seeking permits from Williams Bay village officials to begin restoring the property and getting it ready to resume public visitations.

Of the May 1 ownership transfer, Ebeling said: “It’s another step forward, but, of course, it’s an important one.”

Although the foundation has been gifted the property as planned, plans to reopen the observatory to the public this summer have been delayed due to closures caused by the coronavirus pandemic.

Village permit approval has been slowed because village government meetings have been canceled because of the virus.

Colman said while some monetary donations have already come into the group, the virus is slowing fundraising efforts, too. Without enough funding on hand, work cannot proceed as planned on restoration work on the observatory.

“We all want something amazing,” she said, “but right now, I can’t even shake hands with the builders.”

While researchers may have access to the observatory sooner, it may not open to the public until fall or even the end of the year, Colman said.

“I don’t see it as being a summer opportunity,” she said.

The University of Chicago will make a monetary donation of an undisclosed amount to the foundation at the time of the May 1 transfer. According to the April 28 announcement, an additional donation will also be made following the sale of lakeside property.

The sales cannot be completed until village officials have agreed to rezone the property.

The university has submitted an application to the village to rezone about nine acres, with plans to divide the land into three lots with one home on each lot.

Duncan said he also wants to find a way of receiving public input on the Yerkes plan without risking spread of the coronavirus.

The April 28 announcement said the foundation and university have established long-term loans allowing for continued use of the university’s astronomical equipment at Yerkes, such as a glass plate collection and other artifacts.

Foundation members said they believe their group has been donated the observator because they are local people with community support and with a plan for preserving Yerkes.

Foundation member Tom Nickols said as the group pursued a deal with the university, he and his partners assumed they were competing against other suitors, and they put a great deal of effort into spelling out their hopes for the future.

“We prevailed, but it was a long process,” he said. ““We value Yerkes, and I think we were able to communicate that effectively.”

Follow the roller-coaster ride of Yerkes Observatory over the past couple of years as the Williams Bay landmark is closed to the public, then …

Yerkes Observatory, shown in this aerial image high above Williams Bay, is now in the hands of a private foundation, but the University of Chicago still owns adjacent land along the lakefront.