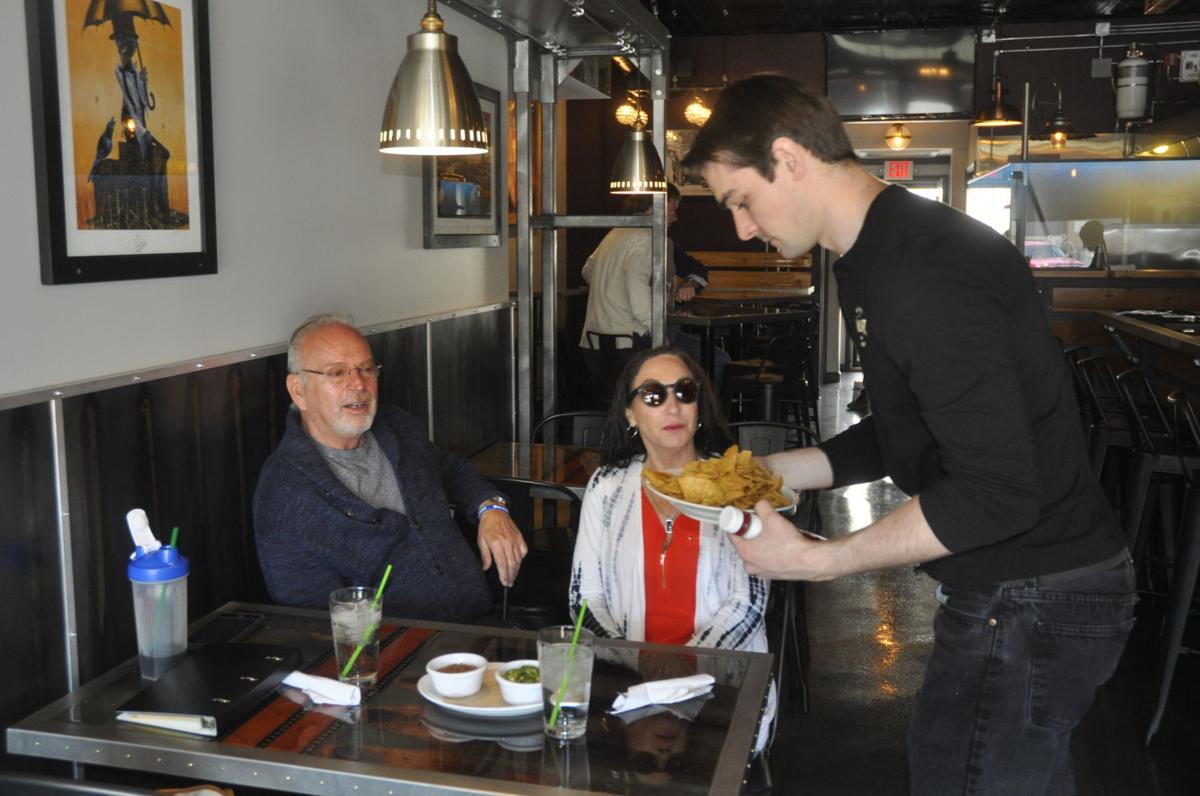 Lyle Blackburn, right, serves customers at Flat Iron Tap in this file photo from the downtown bar and grill seeking to expand its alcoholic beverage menu with a Class B liquor license. 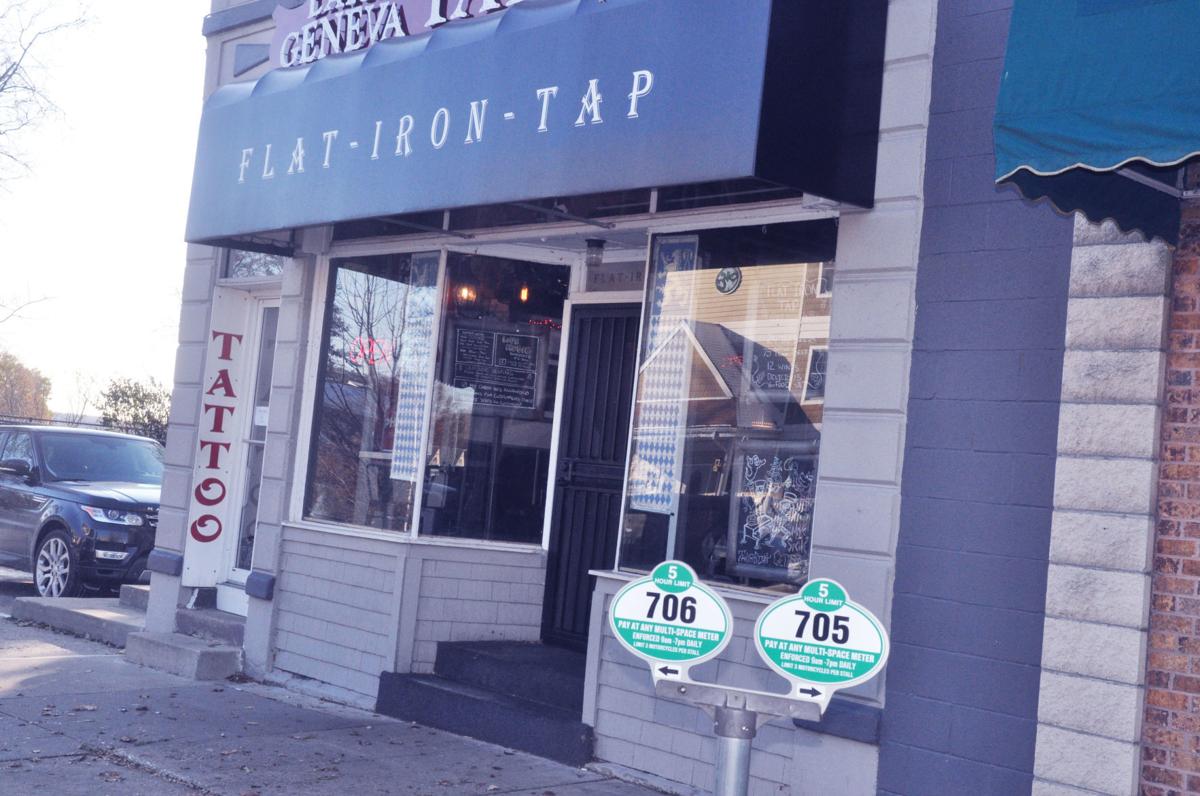 Lake Geneva officials have denied a liquor license to a downtown bar and grill that scored highest on a new point system for receiving licenses.

Members of the Lake Geneva City Council voted against the license after hearing reports that Flat Iron Tap, 150 Center St., has been warned or cited for improper business practices.

Flat Iron Tap officials could not be reached for comment.

The city council voted 7-1 on Nov. 25 to deny a Class B fermented beverage liquor license that would allow Flat Iron Tap to serve beer, wine and hard liquor for on-premise consumption.

The bar and grill already is licensed to serve beer and wine.

Alderman Richard Hedlund said he wanted to deny the license after learning from police that the business was issued a verbal warning in May for allegedly having six people consuming alcohol in the establishment after business hours.

Three of the people were Flat Iron Tap employees, and the other three were not employees, police said.

Hedlund said he also believes the business was cited by police Nov. 3 for not having a licensed bartender on the premises during a liquor license check.

“I have an issue with people who kind of disregard the law, then come and ask us for a license,” he said.

Alderwoman Selena Proksa said she initially supported granting Flat Iron Tap the license, but now she, too, has concerns after learning about the reported police incidents.

Flat Iron Tap representatives did not address the council during the license review.

Alderman Ken Howell voted in favor of granting the license, and he asked the council to hold off on deciding the matter until after hearing from Flat Iron Tap owners about the police reports.

“Maybe there wasn’t as much of a problem as we thought there was,” Howell said.

Other aldermen did not agree with Howell.

Alderman Tim Dunn asked City Attorney Dan Draper if the council had enough grounds to deny the license. Draper said if council members felt the business was “disturbing the peace” and that the license would not encourage economic development, then aldermen could vote down the license.

“Those are sufficient reasons,” Draper said.

Just a few weeks earlier, Flat Iron Tap emerged victorious in a competition for the liquor license under a newly created point system that was being used for the first time to decided the city’s last available Class B license.

Under the new system, points are awarded based numerous categories, including whether a business owner lives in Lake Geneva; whether the business purchases products locally, whether the applicant plans to make improvements to their business; and whether the establishment is an existing business.

Points also are based on the number of employees, seating capacity and parking availability. A business must earn at least 32 points in order to qualify for a license.

With the city council denial, Mayor Tom Hartz said the application process for the city’s final Class B license will start over. Both Flat Iron Tap and Barrique Bistro & Wine Bar are eligible to re-apply, Hartz said.

“They have that option,” he said.

Lyle Blackburn, right, serves customers at Flat Iron Tap in this file photo from the downtown bar and grill seeking to expand its alcoholic beverage menu with a Class B liquor license.