RACINE — Last week, one Racine County Circuit Court judge overruled a 2019 injunction issued by one of his now-retired colleagues. That injunction had allowed a high school wrestler, Hayden Halter, who would otherwise have been suspended, to continue competing for what became his second state championship.

Take advantage of this great offer!

Just $1 gives you full access for 6 months to exclusive content from The Journal Times and journaltimes.com. The incredible deal won't last lo…

It’s a case that had eyes on it from around the state, considering the precedent it could set for allowing student-athletes, coaches and schools’ athletic programs to seek reprieve in the courts for any perceived mistake made by a sports official.

The WIAA and other groups had feared the Halter case would lead to a flood of other parents, coaches and student-athletes appealing referees’ decisions in court, although no such flood resulted.

“If we second-guess every athletic decision, we’ll never have finality for any sports event,” Gasiorkiewicz said in an interview with The Journal Times on Monday.

The Halter family may appeal the decision, but “has not made any decisions” as of Monday, attorney Stacie Rosenzweig said in an email.

WATERFORD — It wasn’t just judged the top local sports story of the year by The Journal Times’ sports staff.

The court fight began after Halter, then a Waterford High School sophomore, was disqualified from an upcoming regional tournament after receiving two unsportsmanlike conduct penalties during the 2019 Southern Lakes Conference wrestling tournament. Not being able to compete in the regional tournament would have made it impossible for him to compete for a state championship.

At the time, Halter was hoping to join elite company by winning four state wrestling championships; he ended up winning two, although only his freshman title, which he won while attending Burlington High School, will count, according to the WIAA, since the 2019 championship has been vacated. He placed third at the state tournament as a junior in 2020 and in second as a senior this year; Waterford High School’s 2021 graduation ceremony is scheduled for June 13.

Following the 2019 SLC tournament, Halter and his family appealed the decision by referee Michael Arendt to issue the second unsportsmanlike conduct penalty — the first was for using vulgarity on the mat during a match, the second for allegedly flexing his biceps in the direction of his opponents after having won the match, which was deemed by the referee to be a taunt.

Available video from the scene didn’t make it 100% clear in what direction Halter was flexing. But the other officials working at the tournament, when the call was appealed by Waterford’s wrestling coach, ruled that Arendt — a former Union Grove High School teacher and now the principal at St. Catherine’s High School — had ruled appropriately.

Hayden Halter, then a sophomore at Waterford High School, answers questions from Attorney Jeremy Levinson while his parents watch in a courtro…

While some referees’ decisions can be reviewed under WIAA rules, decisions deemed “judgement calls” cannot be reviewed — leading the Halters to take the complaint to court.

In court in February 2019, Judge Piontek had said it was “unfathomable” there wasn’t an appeal process for something like this, arguing that the WIAA is a quasi-governmental agency. The WIAA is a nonprofit, but it has a functional monopoly on competitive high school athletics in the state, for both public and private schools.

On Feb. 8, 2019, six days after Halter’s disqualification and one day before the next tournament, Piontek issued the injunction that allowed Halter to keep wrestling. In issuing his decision, Piontek said “this kind of case is the reason I became a judge; I became a judge to do what was right, to look at things honestly, to have just results, to have justice done.”

In his decision that the court should not intervene, Gasiorkiewicz stated that the “court is not trained as an officiant” and is “not trained in WIAA or NFHS (National Federation of State High School Associations) rules.”

In a statement following the decision made last week, Barry Mano, president of the Racine-based National Association of Sports Officials, said: “Judgment calls by sports officials should not be subject to legal challenge in the courts. Judge Gasiorkiewicz’s ruling puts an exclamation mark on that principle. We are heartened that, after 2½ years, such wisdom has finally prevailed.”

As noted in a press release from NASO: “Gasiorkiewicz also said the court’s role was not to second-guess the actions of sports officials. To do otherwise would create a ‘risk of a flood of litigation by parents’ wanting to challenge sports official’s rulings in their children’s athletic contests.”

Added WIAA Executive Director Dave Anderson: “This was a long, protracted case but one that needed to be seen to conclusion, for obvious reasons. Just as the officials brought their very best to this tournament two and a half years ago, they stood up and gave their unflinching best in court over the course of these many months, hearings and depositions. Their expertise and credibility were noted repeatedly by the court and played a key role in the final decision by the court.”

Piontek could not be reached for comment Monday. However, in issuing his decision in 2019, he said: “I will say that fear of a court reversing me has never guided my decision-making, because I try to decide the case, when I see it, on the facts and the law as I know it and the evidence. And if I get reversed, and that happens, then so be it. Then the court saw it differently than me. There is a consequence, obviously, to the plaintiff and perhaps the team, but to me that is not an overriding concern or an argument for why I should not do what I believe the evidence shows and what I believe to be right.”

In making his decision to make an injunction, Piontek had cited a prior court case that found “it is the duty of the court to grant an order (such as an injunction) where serious irreparable harm may be caused to one party and only slight injury is caused to the other.”

The Halters had argued that Hayden would miss out on future opportunities because of the referee’s decision, since not competing in state tournaments could limit his collegiate scholarship prospects. Gasiorkiewicz rejected that claim.

RACINE — The Wisconsin Interscholastic Athletic Association and National Association of Sports Officials share a fear that any or all of their referees decisions may end up being legally challenged in court, reversing what had been an unchanging precedent of leaving calls and penalties on the field.

RACINE — Against the wishes of the Wisconsin Interscholastic Athletic Association, Waterford High School sophomore Hayden Halter will get a chance to defend his state wrestling championship. 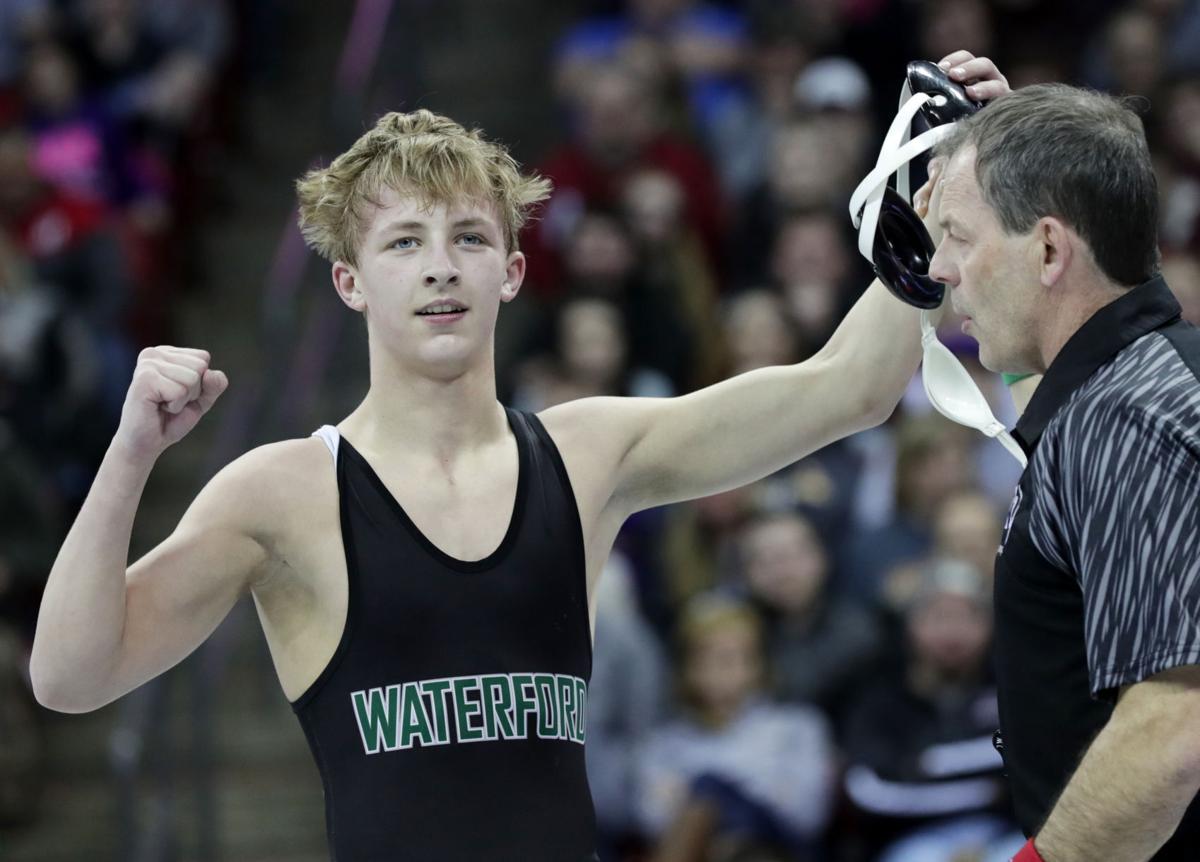 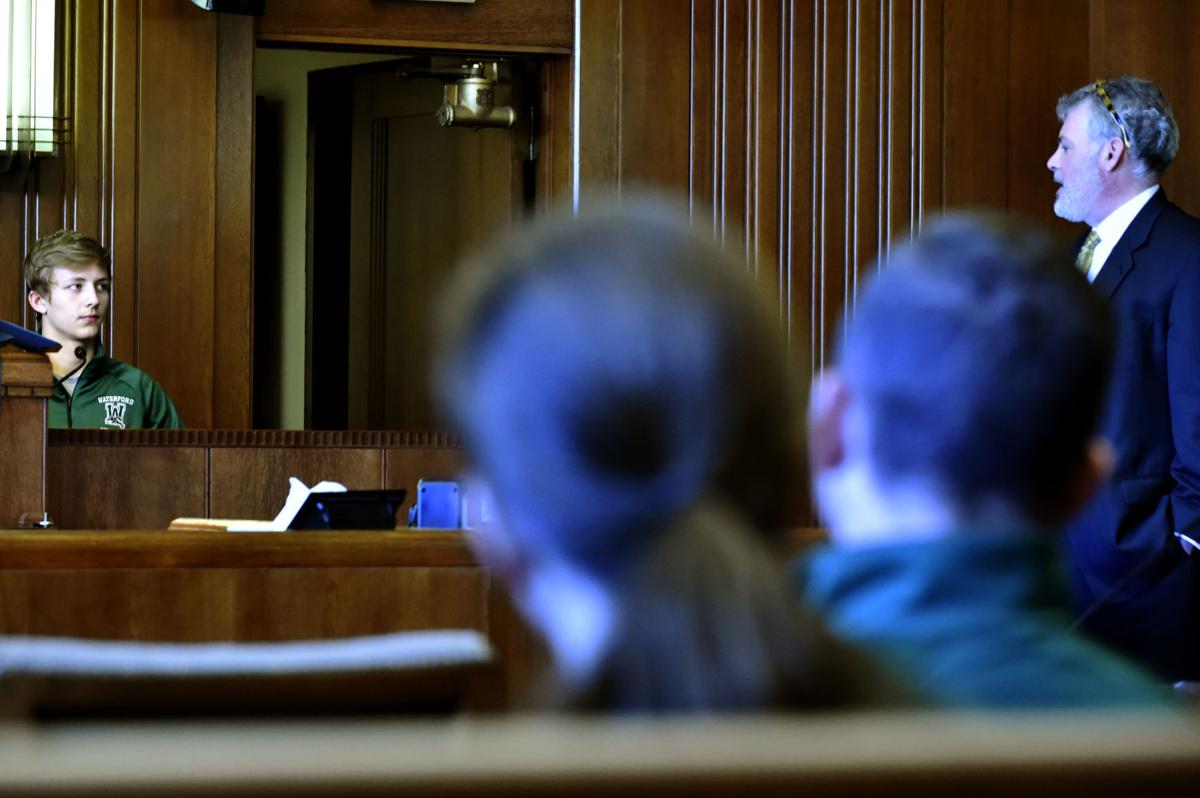 Hayden Halter, then a sophomore at Waterford High School, answers questions from Attorney Jeremy Levinson while his parents watch in a courtroom on the fourth floor of the Racine County Courthouse Friday, Feb. 8, 2019. That hearing led to an injunction that allowed him to compete in the 2019 state wrestling tournament, which he won. But last week his title was vacated by the Wisconsin Interscholastic Athletic Association. 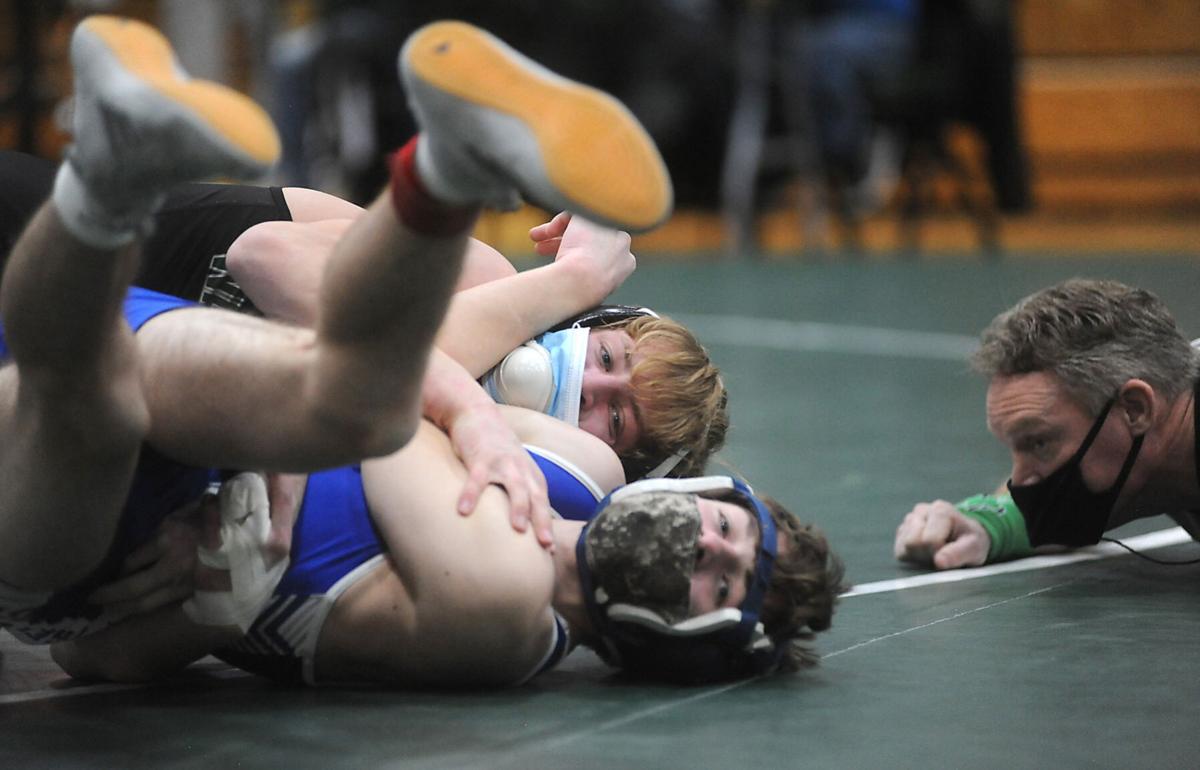 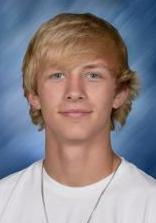 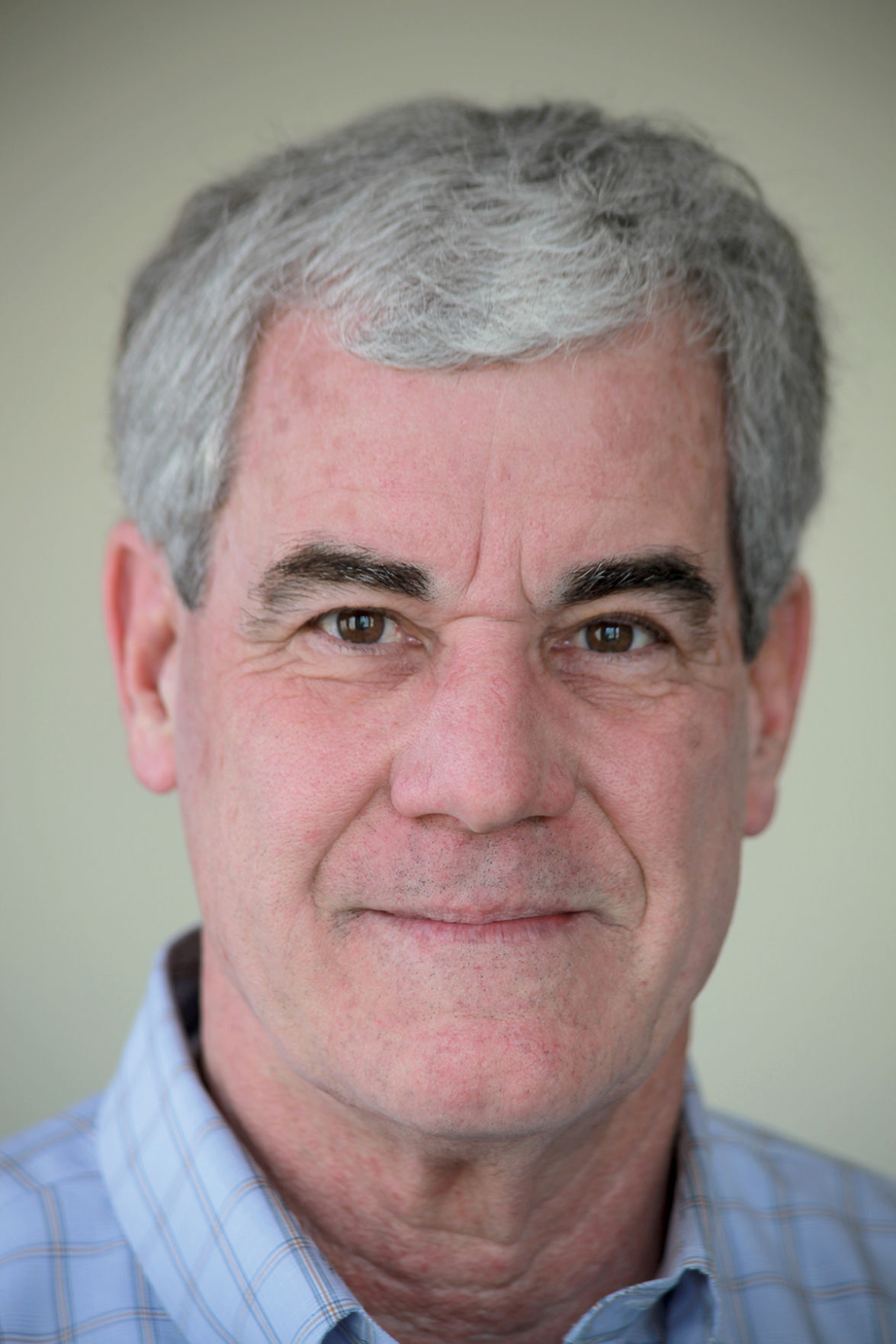 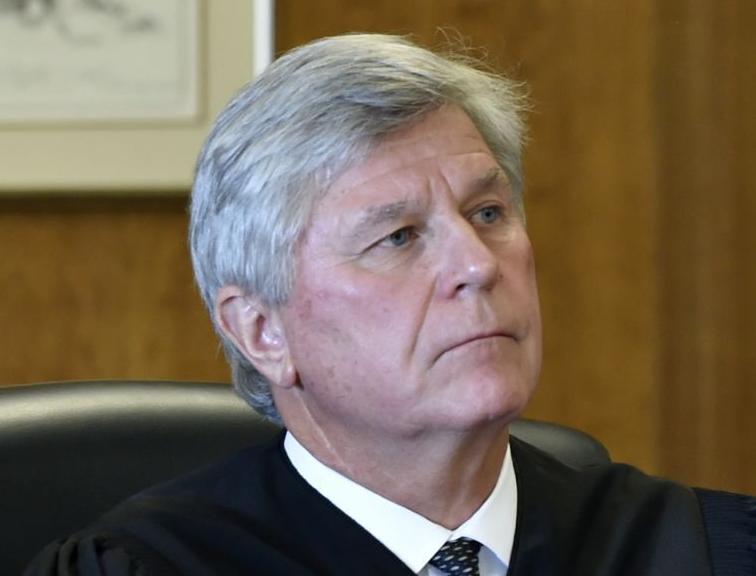 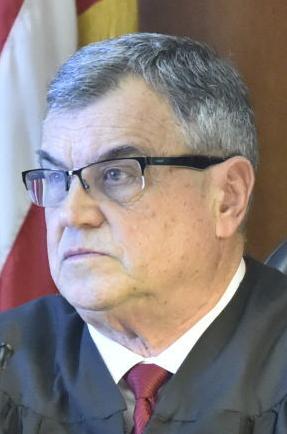