Five parrots have been removed from public view at a British wildlife park after they started swearing at customers.

The foul-mouthed birds were split up after they launched a number of different expletives at visitors and staff just days after being donated to Lincolnshire Wildlife Park in eastern England.

"It just went ballistic, they were all swearing," the venue's chief executive Steve Nichols said Tuesday. "We were a little concerned about the children."

"I get called a fat t**t every time I walk past," Nichols complained.

The African grey parrots — named Eric, Jade, Elsie, Tyson and Billy — were given to the park from five different owners within the same week, and shared a quarantining facility together before being placed on display.

But staff immediately noticed that the birds shared a propensity to fly off the handle.

"They literally, within a very short period of time, starting swearing at each other," Nichols said. "'F**k off' is the most common one," he explained — "it's a very easy one for them to learn" — but the birds would utter "anything you can think of."

Most customers enjoyed the talent once the parrots were displayed. "The visitors were giving them as much back as what they were giving to them," Nichols said.

But concern for younger customers forced staff to split up the birds and temporarily remove them from the park's public areas. Staff now hope the birds' language will become more family-friendly now that they have been separated.

"To take in a swearing parrot isn't an unusual thing, it's something that happens probably three or four times a year," Nichols said.

But the pandemic has led to a surge in donations, as owners spend more time with their birds and decide to give them to parks that can provide them with a larger living space, he explained.

"We would normally take in one or two parrots in a fortnight. Today we took in eight," he said.

African greys are among the most popular species of parrot. Around 1.1 million indoor birds were kept as pets in the UK in 2019, according to the Pet Food Manufacturers' Association.

Pets stressed during pandemic? Here are tips to help

It has been scientifically proven that animals become calmer when they listen to classical music. The Humane Society of Carroll County, Maryland, plays classical music at their shelter for the dogs and cats in their care. However, talk radio, news programs, loud rock and rap music agitates animals — and sometimes humans! This station plays classical music 24 hours a day and the announcers have very soothing and pleasant voices. You might even recognize some of music from your childhood as tunes you heard on cartoon shows!

There are calming sprays and diffusers like Feliway for cats and DAP (dog appeasing pheromone) that can be sprayed on a pet’s bedding (but not directly on the pet) that can be purchased at pet supply stores and help to relieve stress. Also establishing a daily routine for our pets and children helps to provide them with more predictability in their lives.

You might want to have pet food delivered to you. Contact local pet supply stores to find out if they provide this service. Many stores have curbside pickup available if you call in advance. Chewy.com might be a good source for delivery of your pet’s needs.

If your pet requires a prescription diet, your veterinarian may provide the food or direct you to a reliable source so that you can order it. Do not suddenly change your pet’s food but do so gradually to prevent gastrointestinal upsets or other health problems.

If you have already scheduled an appointment for your pet, contact the veterinary hospital days before the appointment because many of the area animal hospitals have established new protocols and may have shortened their hours because of the COVID-19 virus.

Some are treating only emergency cases and may not be providing grooming and boarding services.

A pet owner may not be allowed to enter their buildings and the pet owner is asked to remain in their vehicle on the parking lot. A staff member would then come out to the vehicle and bring the pet into the hospital for the vet on duty to conduct an evaluation or treatment of the pet. Some hospitals ask the pet owner to call from their vehicle for information and to provide payment by credit card.

Please note that appointments with veterinary specialists may also be delayed and will need to be rescheduled on a later date.

The United States Department of Agriculture’s National Veterinary Services Laboratories has confirmed SARS-CoV-2, the virus that causes COVID-19 in humans, in a tiger with a respiratory illness at the Bronx Zoo in New York, making it the first instance of an animal in the United States being infected with COVID-19. Samples from this tiger were taken and tested after several lions and tigers showed signs of respiratory illness. Public health officials believe that these large cats became sick after being exposed to a zoo employee who was actively shedding the virus. This investigation is ongoing.

The CDC is still learning about this virus and working with human and animal health partners to monitor this situation and will continue to provide updates as information becomes available. Further studies are needed to understand if and how different animals could be affected by COVID-19.

If you are sick with COVID-19 (suspected or confirmed) you should limit contact with pets and other animals like you would around contacts with other people.

The Centers for Disease Control recommends the following strategies:

When possible, have another member of your household care for your animals while you are sick. The person providing pet care should be wearing gloves, a mask and frequently washing their hands.

Avoid contact with your pet including petting, snuggling, being kissed or licked, and sharing food.

If you must care for your pet or be around animals while you are sick, wash your hands before and after you interact with them.

If you and your family have been feeling cooped up in your home and the weather is pleasant, a walk through your neighborhood with the family dog might be an enjoyable experience but should be done with caution.

The dog should be walked with a short leash (6 feet in length) and held by an alert adult.

Do not allow anyone to approach or pet your dog. You don’t know if they may be ill with COVID-19 and might sicken your dog.

Be a role model

Before you and your family set off for a walk, always carry “poop” bags with you to clean up after your dog.

To further protect your hands, wear nitrile gloves and dispose of the feces in a trash can.

By cleaning up after your dog, you may be preventing the spread of very nasty internal parasites like coccidia and giardia, both of which are contagious and occur when a dog walks in an area where an infected dog had relieved himself. So stoop, scoop and pick up the poop.

Also don’t allow your dog to walk through or drink from ponds or puddles that may contain urine from rodents that can cause deadly leptospiroris.

A couple flew to Hawaii despite knowing they were infected with the virus, police say. They were arrested.

"They knowingly boarded a flight aware of their positive COVID-19 test results, placing the passengers of the flight in danger of death," Kauai police said.

The Justice Department is investigating a potential crime related to funneling money to the White House or related political committee in exchange for a presidential pardon, according to records unsealed Tuesday in federal court.

Fauci: US may see 'surge upon surge' of virus in weeks ahead

The top virus expert also doesn't expect current recommendations around social distancing to be relaxed before Christmas. See 9 maps and charts that show the spread, plus guides to protect yourself.

Biden briefing: Why his win hides a dire warning for Democrats. Get updated on politics today

Democrat Joe Biden may have produced a winning national formula, but there's another side to the story in election data. Here's a rundown of what you'll want to know about politics this coming week.

President-elect Joe Biden will ask Americans to wear masks for his first 100 days in office. Plus, he's asked Dr. Anthony Fauci to stay on, and optimism is growing for a relief deal in Congress. Here's the latest.

Doctor in viral photo has worked for 256 days nonstop. He pleads with public to help halt COVID-19.

The Texas doctor was caught in a photo cradling a distraught COVID-19 patient missing his wife on Thanksgiving.

Take a look inside the White House as its 2020 Christmas decorations are unveiled. "America the Beautiful" is this year's theme.

Molly Gibson's birth in Tennessee is believed to have set a record for the longest-frozen embryo known to have to resulted in a birth.

A mysterious silver monolith discovered in the Utah desert has disappeared less than 10 days after it was spotted by wildlife biologists. 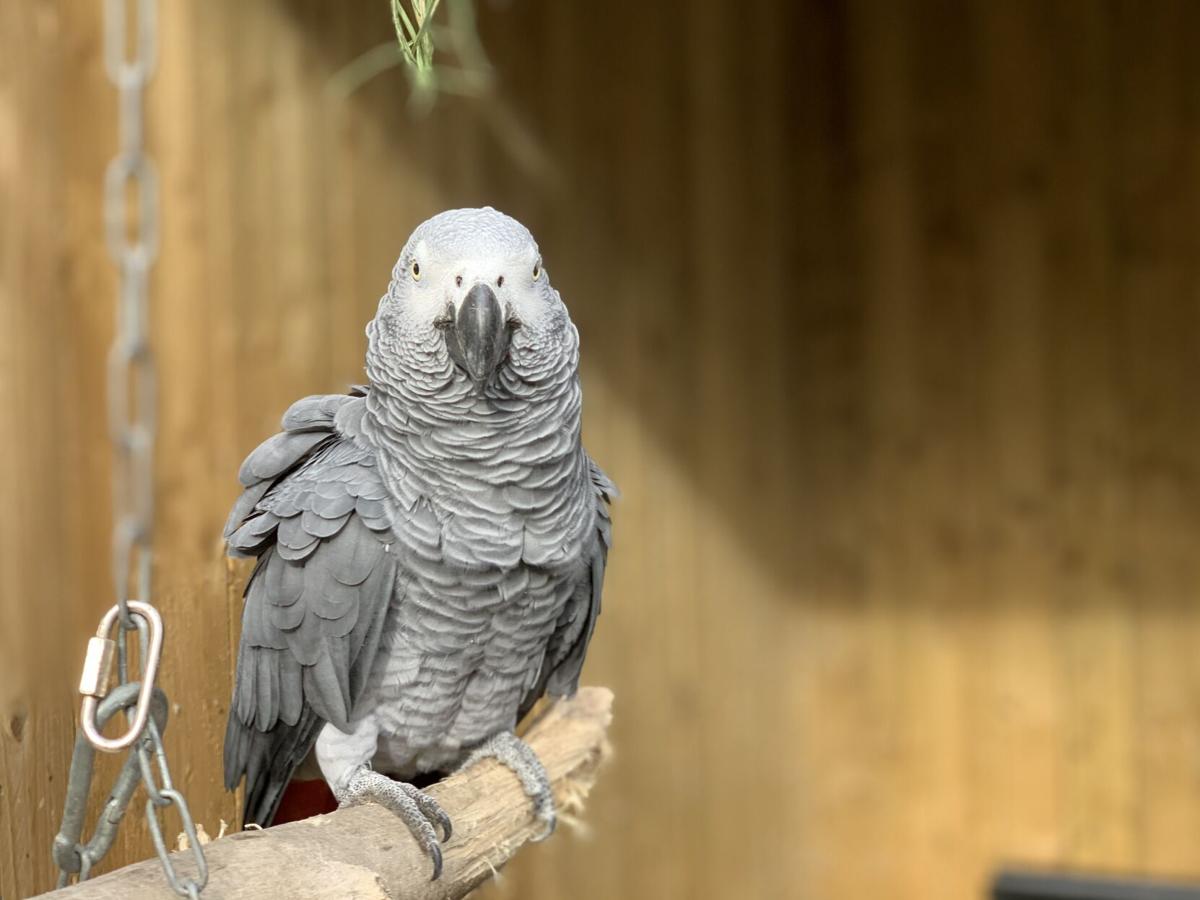 Elsie, one of the potty-mouthed parrots. 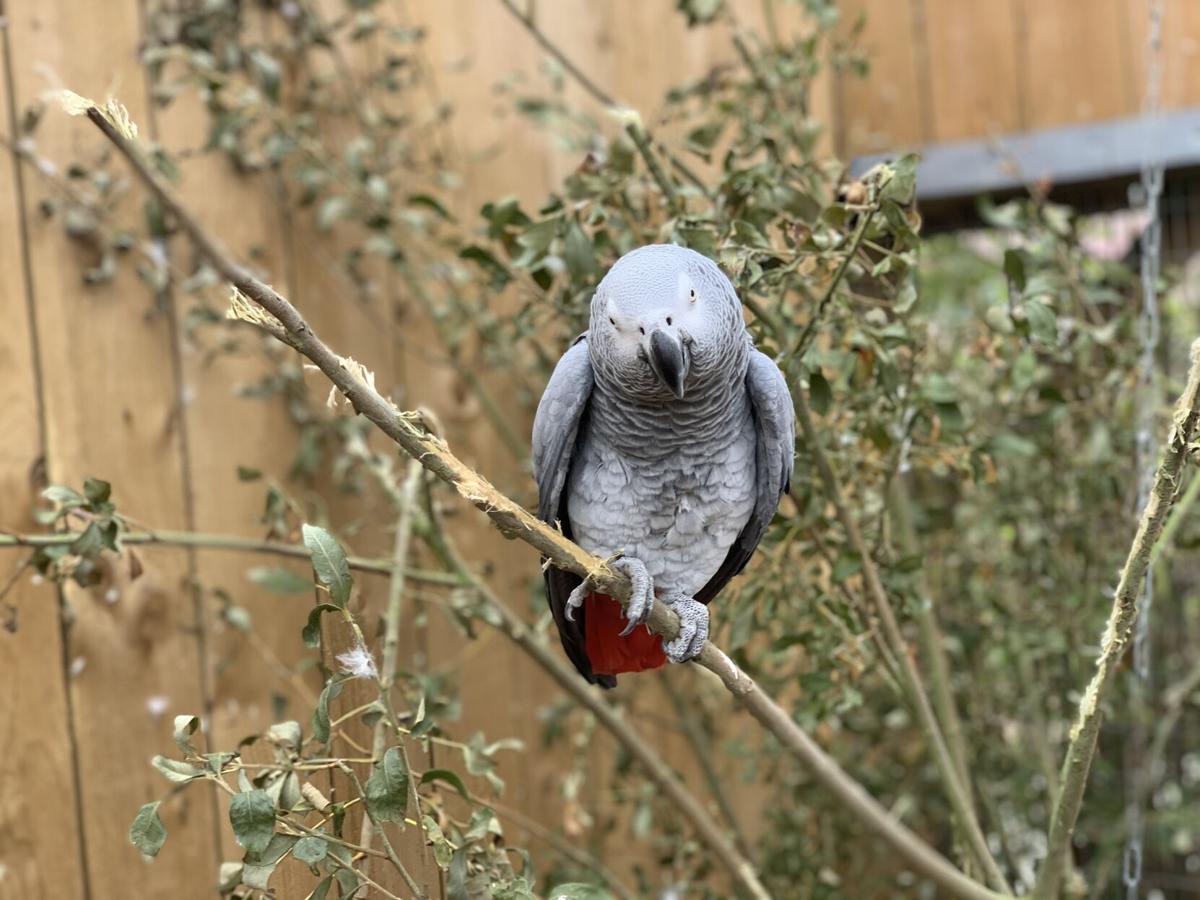 Jade, one of the potty-mouthed parrots.