Rolf Wegenke, who has led the state association of private colleges and universities for the past three decades, plans to retire from his post next summer.

Wegenke, 73, became president of the Wisconsin Association of Private Colleges and Universities, also known as WAICU, in 1992. The Madison-based organization represents 23 private nonprofit schools and their nearly 54,000 students. WAICU members include Edgewood College and Marquette University.

“I think we’re in a very good place,” he said. “The presidents have been very entrepreneurial during the pandemic and the last recession and the recession before that.”

Among Wegenke’s biggest challenges has been confronting the public perception that private colleges are a much pricier alternative to public universities. A focus on financial aid has been a big factor in cutting through that belief.

“How we can tell that story and get people to listen is hard,” he said, especially in more recent years when a growing share of the public is questioning the value of a college degree.

Private colleges have some built-in advantages, Wegenke said. Chief among them is their flexibility to respond to workforce needs. The Medical College of Wisconsin, for example, established two branch campuses in northern Wisconsin to address a shortage of physicians in the region.

Lawrence University will require COVID-19 vaccine for students, likely the first in Wisconsin

One of the interview questions Wegenke fielded before being hired for the job: What would you do to control costs?

The idea is among Wegenke’s proudest accomplishments as president, though he gives most of the credit to the college presidents who put up their own funds while trusting him to set up the cost-savings agreements. From managing health care plans to purchasing information technology to managing retirement funds, the arrangements have saved $232 million for WAICU members, he said.

Another point of pride: Nearly a third of students attending WAICU schools are eligible for a Pell grant, the federal subsidy for college students from families with the greatest financial need, and 27% are students of color.

Across the University of Wisconsin System, a quarter of students received a Pell grant and about 18% identified as students of color last fall.

Wegenke graduated from UW-Madison and has a doctorate from the University of Chicago. He spent the first 17 years of his career working in economic development for the gubernatorial administrations of Democrat Patrick Lucey, Democrat Martin Schreiber, Republican Lee Dreyfus, Democrat Anthony Earl and Republican Tommy Thompson.

A national search firm will start looking for WAICU’s next leader in November or December, with a transition expected in August.

Wegenke has no specific retirement plans aside from sleeping in and spending more time with his wife. They live in Sun Prairie.

To survive, business owners know they need to be prepared for what’s next. It’s safe to say most weren’t prepared for the cataclysm of the last year. Yet, most adapted. From reducing hours and adding curbside pickup or outdoor seating to changing product lines, finding new suppliers and moving their operations online, companies reinvented themselves. Some of those changes were temporary; others will alter the face of Madison’s business community for years to come.

Post-pandemic retail: What's in, what's out

Curbside pickup and e-commerce are here to stay, but storekeepers can put away the disinfectant wipes.

As employees return, flexibility is key to post-pandemic workspace

Workers can be very productive from home, but that office space is also an important component of creativity and collaboration. The challenge is creating an environment that can support both.

Sponsored Content: As the Princeton Club successfully prepared for the safe return of its members during the pandemic, it also planned for a brighter, cutting-edge future in which people place an even stronger emphasis on their health and fitness.

"It's actually ... not so hard to change people's confidence so long as they are out and able to evidence other people doing the kinds of things that maybe people were doing before the pandemic."

Internet use skyrockets during pandemic, driving demand for more access

As work, school and most social interactions shifted to online platforms, internet usage skyrocketed by as much as 50%, according to a report from OpenVault.

Nonprofits face long road to recovery, but organizers optimistic community will step up

The River Food Pantry wants to expand, United Way of Dane County is hoping for increased donations while Habitat for Humanity of Dane County wants to build more homes but is concerned about the rising costs of building materials.

Sponsored Content: Grieving the loss of a loved one is difficult enough, but the COVID-19 pandemic provided Cress Funeral and Cremation Service with a demanding new challenge; how to best serve families while protecting public health.

Experts say cities need to get creative by converting some ground-floor space to apartments, private offices or popup stores.

Online brands help the bottom line for some Madison-area restaurants

Some Madison-area restaurant owners that developed online restaurant concepts during the pandemic say the experiments paid off.

Madison-area hospitals to continue some pandemic protocols, push ahead on big projects

Sponsored Content: The Wisconsin Idea is the notion that the benefits of the University of Wisconsin should ripple well beyond the borders of campus.

As one of the smallest brewpubs in the state, the pandemic almost shuttered the business. But the owner has a new knee, new beer and a new outdoor patio along East Washington Avenue.

"In other countries, being a butcher, sausage maker or master meat crafter has great prestige."

Sponsored Content: Up Close & Musical® is a program of the Madison Symphony Orchestra that delivers the foundations of music to Dane County elementary schools each year.

Overture to bring back Broadway in the fall

The Overture Center for the Arts shut off programming cold when the pandemic hit -- but now shows are being re-booked and Overture hopes to re-open its doors in September.

Dance company moves — and brings technology along with it

Positioning for a post-pandemic world

Sponsored Content: Steps to consider to prepare your financial portfolio

What things do you want to see stick around after the pandemic's over?

"I love not having to wander around a store. For me drive up shopping really works."

The pandemic had devastating consequences for many Madison-area businesses. Some didn’t make it. Others found a way to limp through. The commo…

Life in a funeral home: Why this Wisconsin couple undertook a special DIY transformation

The housing market was hot. So this couple bought a former funeral home in Racine and turned it into an actual home.

Cases and hospitalizations also remain high, but "we could be in a good position" once the omicron wave ends, an official said.

In heavily gerrymandered Wisconsin, Gov. Tony Evers is the only resistance to state Republicans eager to reshape elections to aid their party.

A forensic anthropologist with the Dane County Medical Examiner's Office testified earlier in the day that over 50 fragments of cranial bone, teeth and a dental cap were recovered from the Halderson family fireplace.

State health officials caution that a recent move to an automatic data-importing process means the number of positive test results will be "temporarily elevated" while backlogged cases are brought into the system.

Jay Rothman, 62, got the unanimous nod in a closed-door Board of Regents meeting Friday.

Halderson's former girlfriend believed he was working and going to school and nicknamed him "hubby." Prosecutors say Halderson was living a lie.

A "pan-coronavirus" vaccine might protect against many strains at once.

Watch Now: What will it take to keep schools open?

Watch Now: What will it take to keep schools open? 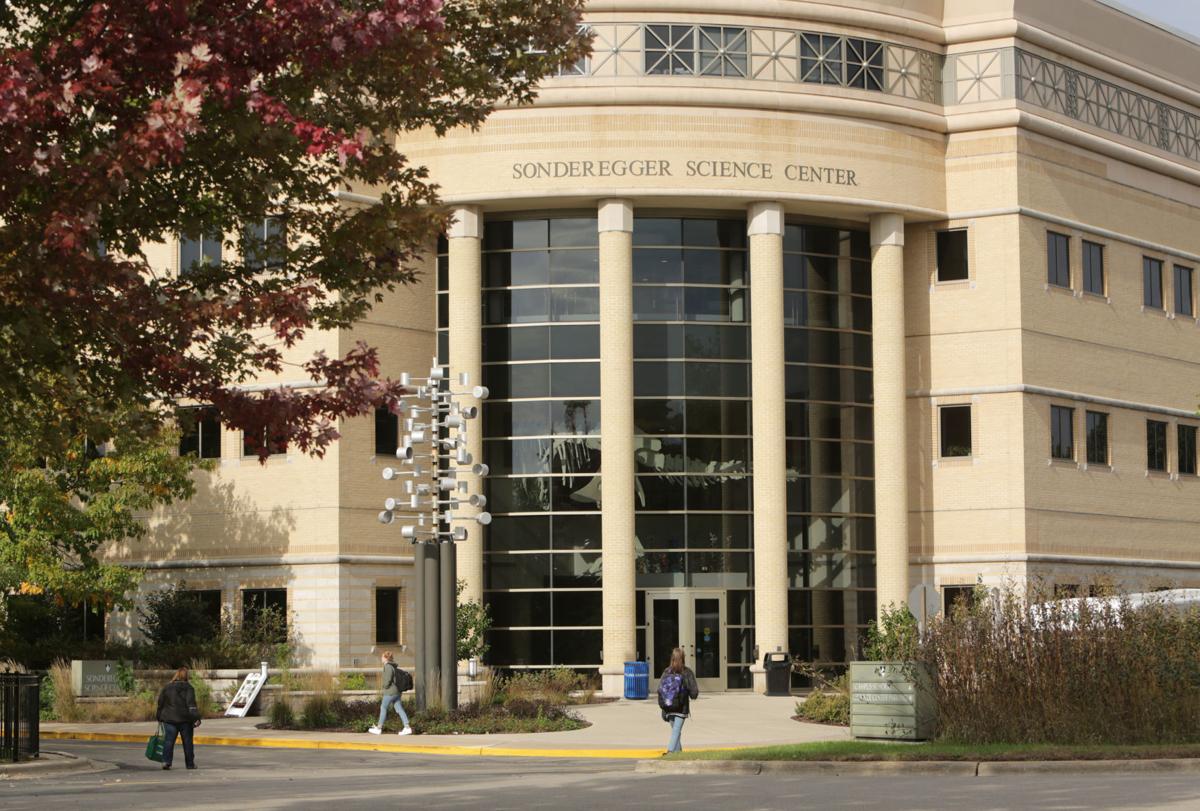 Sonderegger Science Center on the campus of Edgewood College, which is a member of the Wisconsin Association of Independent Colleges and Universities. 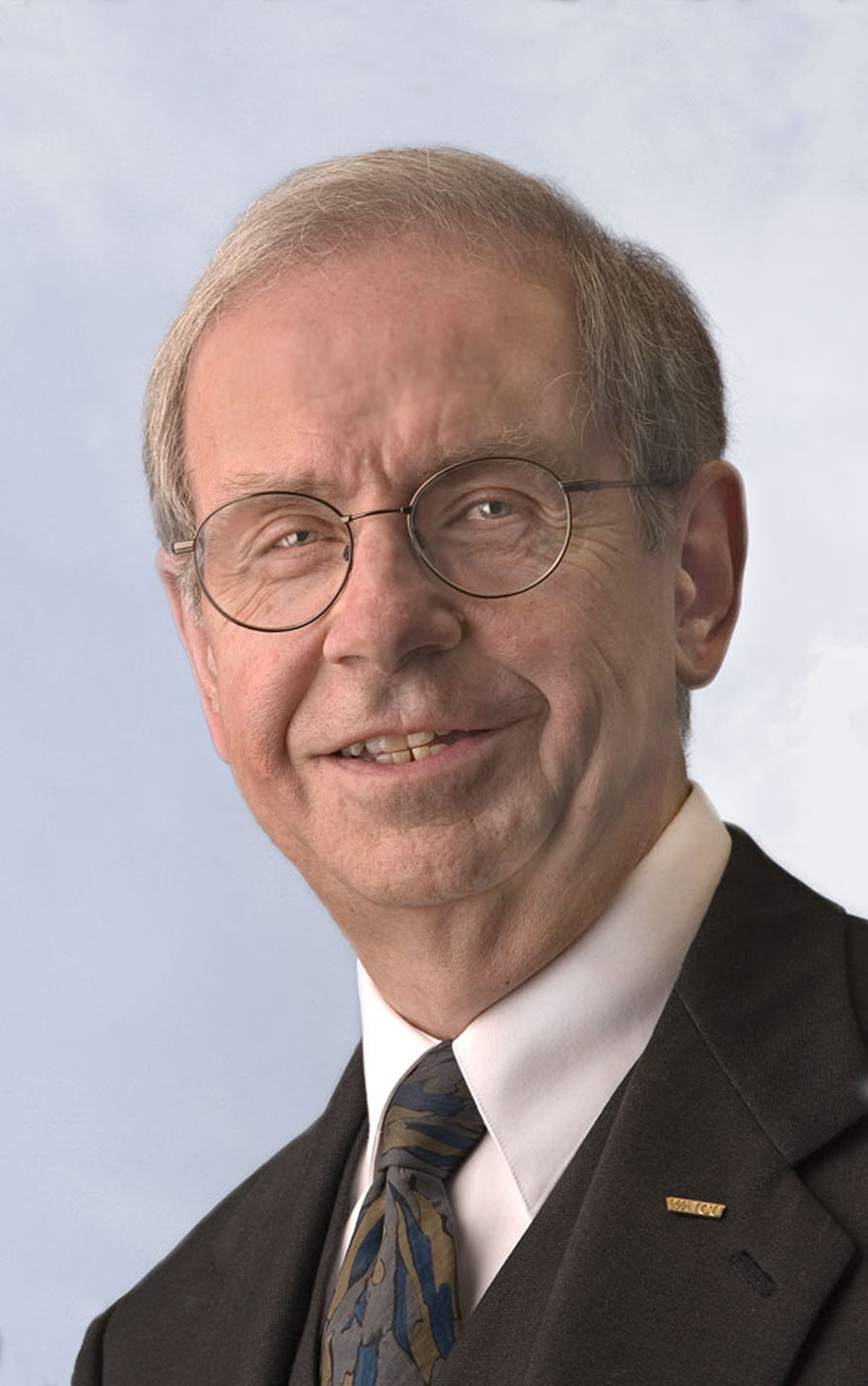