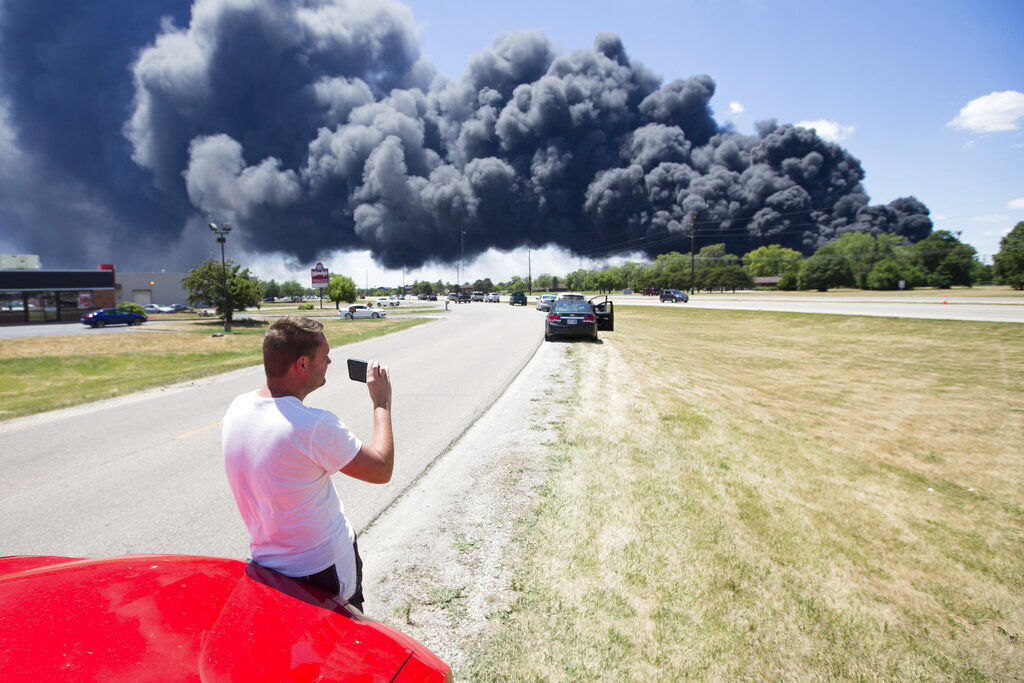 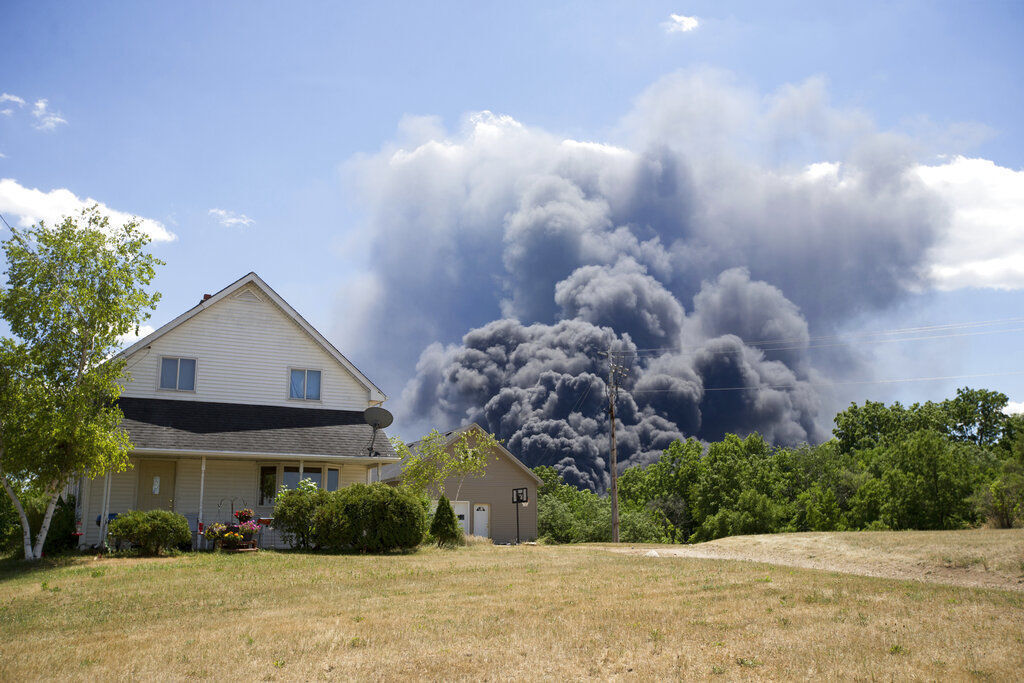 ROCKTON — A private firefighting company from Louisiana was expected to begin pumping fire-suppressing foam Tuesday onto the still-burning ruins of a northern Illinois chemical plant, a day after it was rocked by an explosion and massive fires, officials said.

Before crews with US Fire Pump can begin pumping that foam onto fires at the Chemtool Inc. plant near Rockton, absorbent booms must be installed along the nearby Rock River, said Kirk Wilson, chief of the Rockton Fire Department.

Those booms are needed to prevent contaminants from the ongoing firefighting efforts from entering the river, which Rockton — a village about 95 miles northwest of Chicago near the Wisconsin border — relies on as a source of drinking water, he said.

Wilson said the foam would be sprayed onto burned and burning areas of the plant, including about a half million gallons of oil that began burning Monday morning at the now-ruined plant, which had manufactured lubricants, grease products and other fluids.

Monday's explosion and fires prompted officials to evacuate residents within a 1-mile radius of the plant and to urge anyone within 3 miles of the plant to wear masks due to the threat posed by airborne impurities, Wilson said.

He said it was unclear when the evacuation order that had ousted an estimated 1,000 residents from their homes would be lifted, but asked residents “to stay vigilant."

"This is a large-scale operation that’s going to take some time," he said at a Tuesday news conference.

Wilson said US Fire Pump, which is based in Holden, Louisiana, has brought a large water pump to the plant site and it plans to draw water from the Rock River for its efforts to douse fires at the site.

Once the fires are fully suppressed he said investigators will begin looking into what caused them.

The Chemtool plant in Winnebago County was outfitted with a sprinkler system in 2008, but Wilson said he did not know if that system was still active at the time of Monday's explosion and fires.

More than 80 fire departments have been helping battle the fires and those crews have been working eight-hour shifts under an plan state officials helped develop to prevent those crews from, he said.

Bill Snyder, vice president of operations at Lubrizol Corp., the parent company of Chemtool, said he had no information on a possible cause, but said the company would cooperate with authorities. He said it’s too early to address the question of whether the plant’s fire suppression may have failed.

Snyder said that 70 of the Chemtool plant’s roughly 200 employees were in the plant building at the time but all of them got out safely. He apologized to the local community, particularly residents who were evacuated, noting that the fires had created “a very severe impact" on local residents.

Alicia Tate-Nadeau, director of Illinois Emergency Management Agency, said that state officials are working with the U.S. Environmental Protection Agency and other entities to monitor air quality, as well as making sure that no contaminants enter the local water supply.

“This is an ongoing event. We’re not out of this yet,” Tate-Nadeau said.

The Chemtool plant was inspected by a federal agency less than a month before Monday's blast sent debris raining down onto nearby areas, WLS-TV reported. Inspectors from the U.S. Labor Department’s Occupational Health and Safety Administration on May 20 investigated a complaint at the plant.

The station reported that a summary record of that inspection does not explain what was being inspected at the plant. That record states only that the complaint involved safety and health, and the case remains open, the station reported.

OSHA officials said they have six months to complete their investigation involving the plant, and no further information will be made public until that work is finished, WLS-TV reported. There are no other outstanding cases or any violations in U.S. records pertaining to the plant.

Chemtool has no U.S. Environmental Protection Agency violations during at least the last three years, the station reported.

"He was smart and kind and selfless. And he loved deeply," said Purcell's wife, Ruth Purcell.

Quagga mussels arrived in the Great Lakes more than three decades ago, attaching themselves to everything from water intakes to shipwrecks, and filtering life out of the food chain and a $7 billion fishing industry.

A study mirrored what the CDC found last week: COVID-19 infection, though much rarer among the vaccinated than those without shots, can be spread by both groups.

The number of new coronavirus cases in Illinois increased by nearly 50% during the week ending Friday compared with the previous week, state health officials said, the latest sign of a fourth wave of infections.

Twenty cities were invited to consider a bid.

The funds come out of the state's allocation of federal COVID-19 stimulus funds — of which Evers has sole discretion over — and add to the $142.5 million in tourism-related funding announced by the governor earlier this year.

After being evicted from Taliesin last year, the school rented a nearby building for their summer immersion program this year, marking the school's first time back in Spring Green since 2019.

Cash bail of $1 million each has been set for two suspects accused of murdering three people July 23 at a quarry in the town of Hamilton.

Only 1 in 3 Wisconsin restaurant applicants got COVID relief grant, leaving room for worry

All told, 5,871 Wisconsin businesses sought more than $994 million in federal funding. Of those, 2,095 businesses were approved for a total of about $379 million.