WAUWATOSA — Eight people were injured in a shooting Friday at a suburban Milwaukee mall and police said they were still seeking the suspect.

Wauwatosa Police Chief Barry Weber gave no motive for the attack at the Mayfair Mall in a brief update about three hours after the 2:50 p.m. incident near an entrance to the Macy's store. He said the extent of injuries to the eight — seven adults and one teenager — was unknown, but all were alive. He added that the shooter was “no longer at the scene” when authorities arrived.

“Preliminary statements from witnesses indicate that the shooter is a white male in his 20s or 30s,” Weber told reporters. “Investigators are working on determining the identity of that suspect.”

The chief called the mall an active crime scene and asked people to continue to stay away. He said the mall would remain closed until further notice.

Witnesses told WISN-TV that they had heard what they believed to be eight to 12 gunshots. Some people remained in the mall while police searched for a suspect. The station interviewed several people outside the mall who said they had friends sheltering in stores inside.

Jill Wooley was inside Macy’s with her 79-year-old mother when they heard eight to 12 gun shots just outside the store entrance.

“We heard the first shot fired and knew immediately it was a gunshot,” Wooley told CBS58 in Milwaukee. “We both just dropped to the floor.”

Wooley said she didn’t see anyone but the shots were “very close.” She added that they ran in the opposite direction to the basement of the store, where they then hid.

Trish Cox’s 19-year-old nephew works at Finish Line sporting goods store. She said she was worried because the store’s phone wasn’t being answered. She was waiting frantically while FBI agents cleared the mall.

An agent who wouldn’t give his name said the mall was being “methodically” cleared. Heavily armed FBI personnel were visible at the mall.

Mall operator Brookfield Properties said in a statement they were “disheartened and angered that our guests and tenants were subject to this violent incident today.” They declined further comment.

Here’s what it looks like here at Mayfair Mall, large police presence and K-9s are here too @CBS58 pic.twitter.com/UrktgcZODR

The Mayfair Mall was the site of a February shooting in which a city police officer, Joseph Mensah, shot and killed Alvin Cole, a Black 17-year-old. Police said Cole was fleeing from police; Mensah, who is also Black, said he shot Cole because Cole pointed a gun at him. The mall was the target of sporadic protests over several months in the wake of the shooting.

The Milwaukee County district attorney declined to file charges against Mensah, but the city this week agreed to a separation agreement in which Mensah will be paid at least $130,00 to leave the force.

3 ambulances loaded with people have already left the scene.

We are not clear on victims condition. #MayfairMallShooting #Milwaukee #Wauwatosa #BREAKING pic.twitter.com/QBAg5csgxe

A 15-year-old boy was arrested in connection to a shooting at a suburban Milwaukee mall that injured eight people, authorities said Sunday. 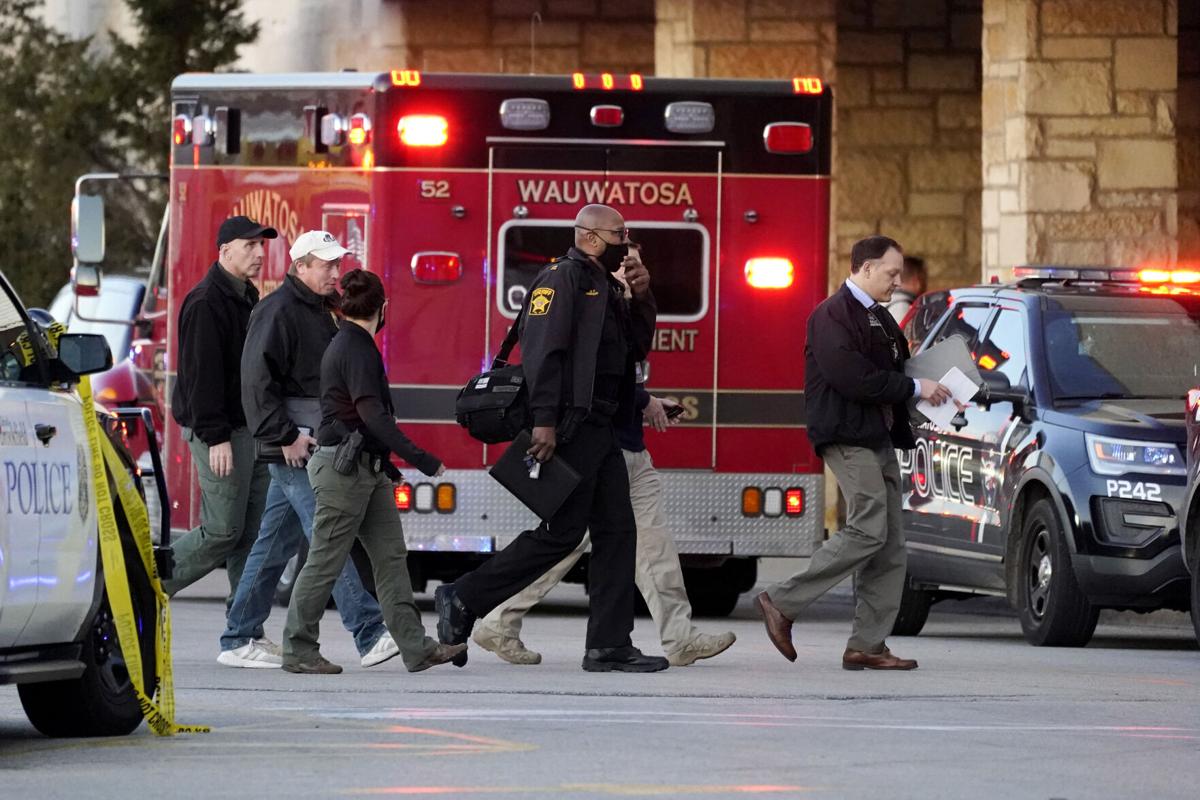 Police officials walk to the Mayfair Mall, Friday, Nov. 20, 2020, in Wauwatosa, Wis. Multiple people were shot Friday afternoon at the mall and police are still searching for the shooter. 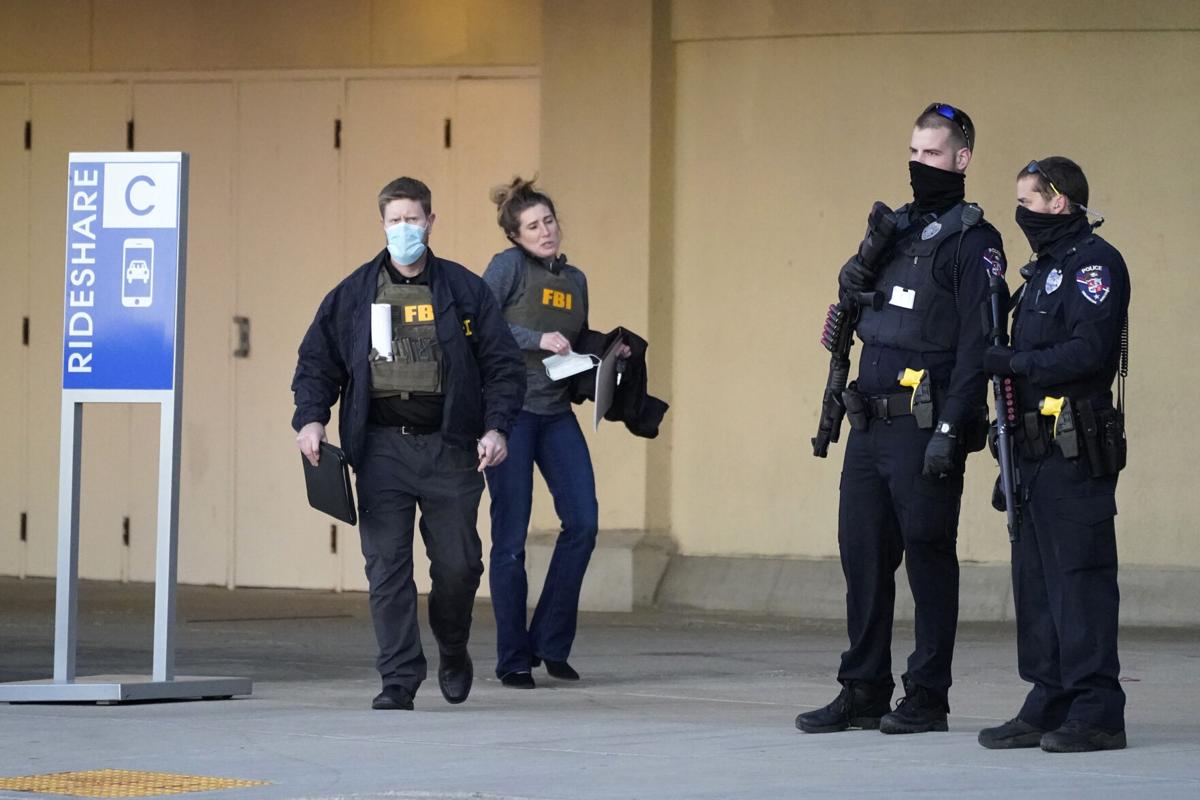 Police and FBI agents investigate a shooting at the Mayfair Mall, Friday, Nov. 20, 2020, in Wauwatosa, Wis. Multiple people were shot Friday afternoon at the mall, and police are still searching for the shooter. 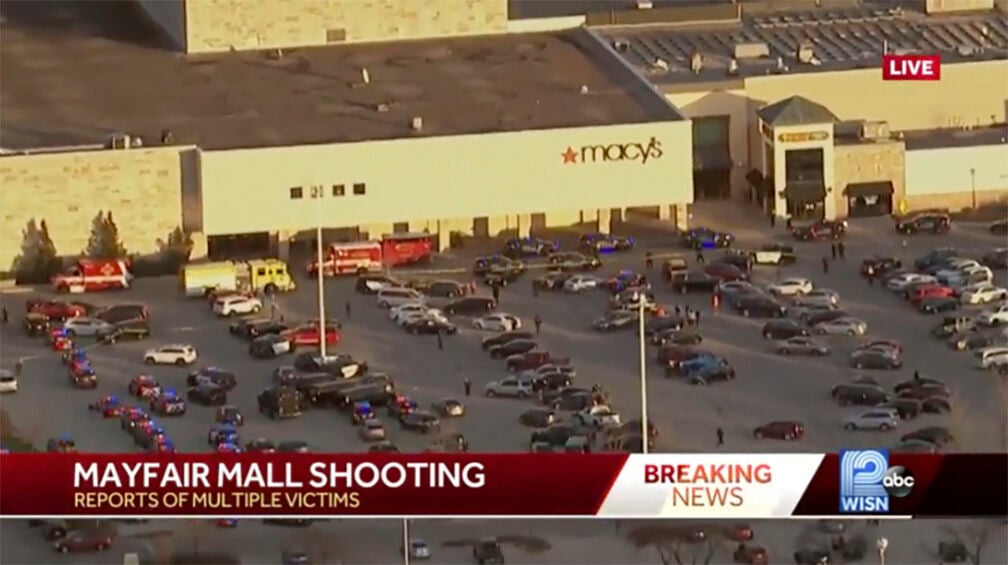 In this image from video provided by WISN-TV, emergency crews gather at the Mayfair Mall in Wauwatosa, Wis., on Friday, Nov. 20, 2020.