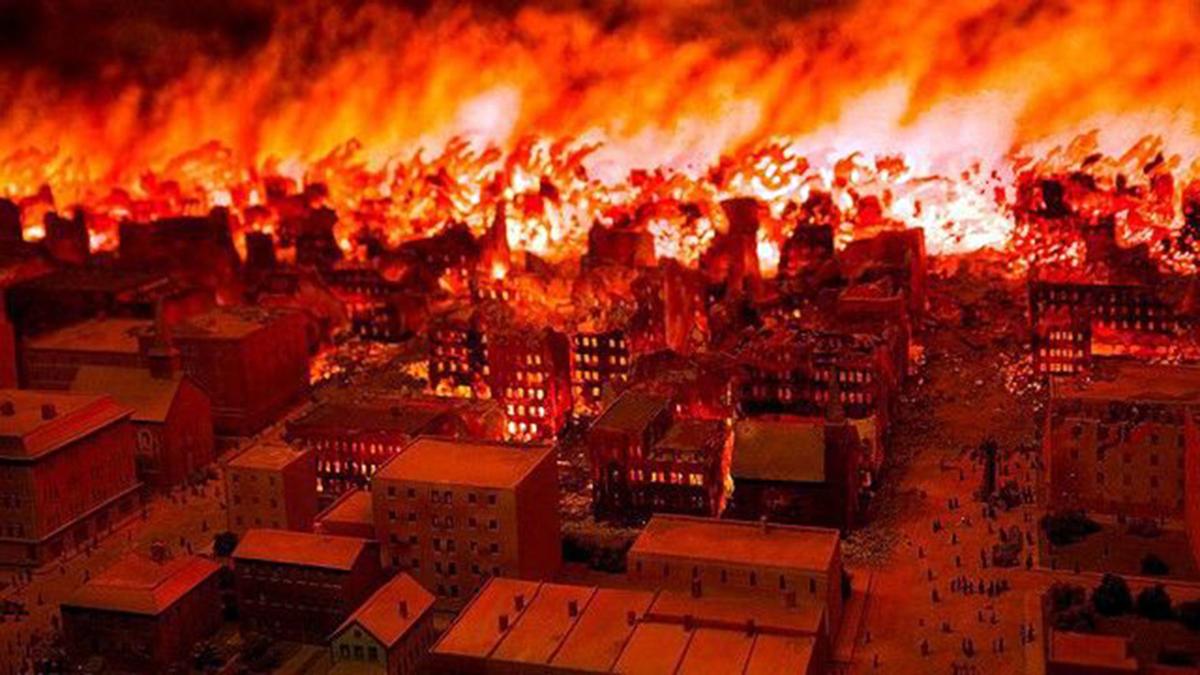 This image shows the Great Chicago Fire of 1871, which the daughter of a former Chicago mayor witnessed, describing the sky as “getting red and redder.” 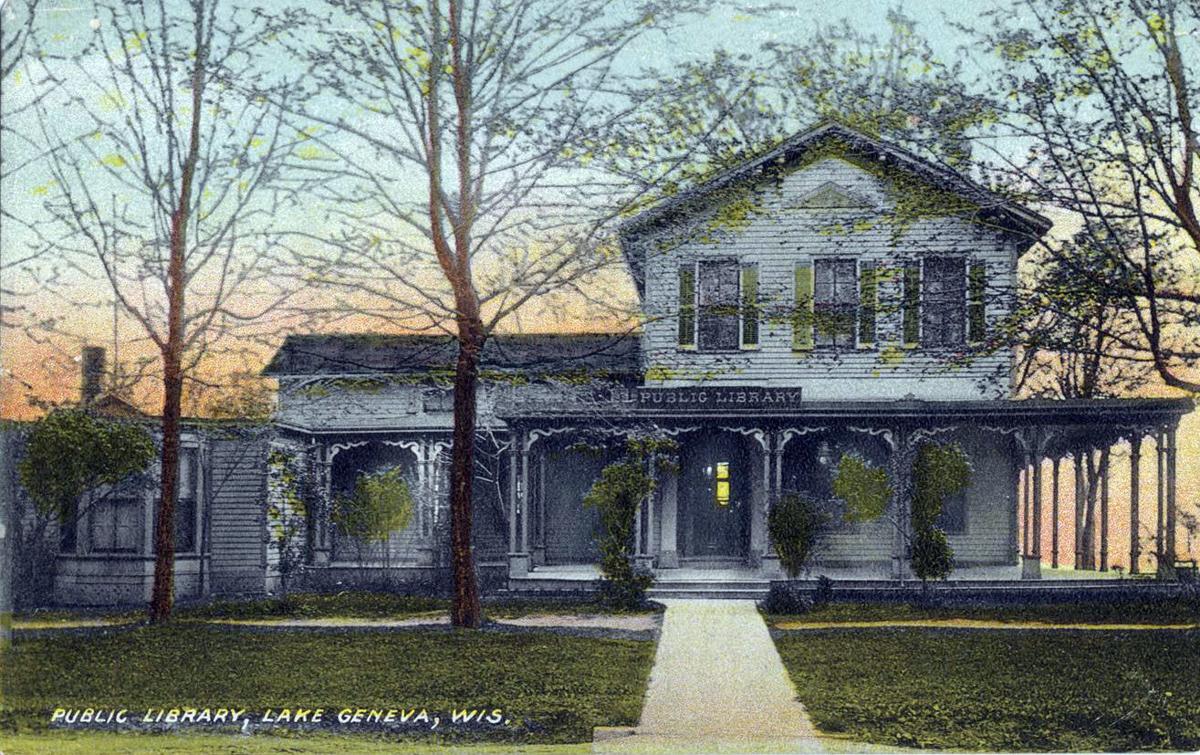 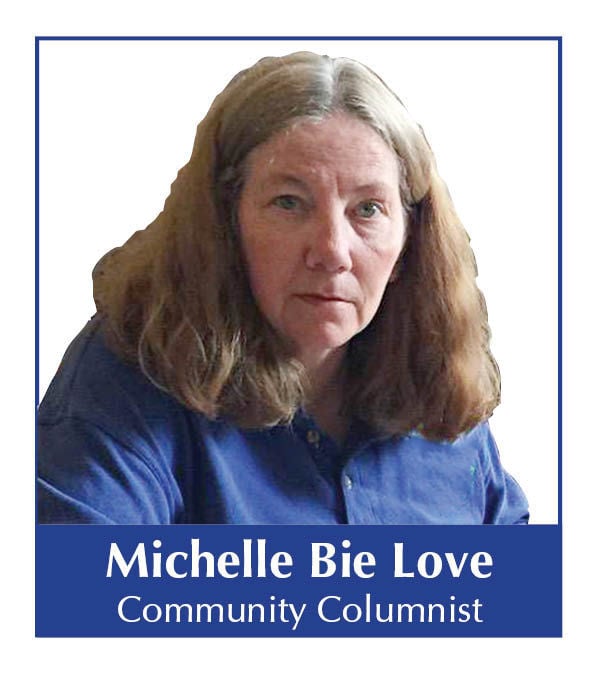 WILLIAMS BAY — The summer and fall of 1871 were unusually dry. Chicago had one-fourth of the average amount of rain between July and October. Much of the city had dried out in the summer’s intense heat.

On the evening of October 8, 1871, a fire started on the southwest side of Chicago in a barn owned by Patrick and Catherine O’Leary. From 137 DeKoven St., strong southwesterly winds fanned the flames, creating convection spirals known as “fire devils.” Fire devils spit burning debris in all directions, spreading the fire north and east toward the city’s business district.

The great conflagration burned for more than 24 hours before the last embers were put out by rain. By then, it had burned an area four miles long and one mile wide, destroying 17,500 buildings in its path, killing an estimated 300 people (only 120 bodies were recovered), and leaving about one-third of the city’s residents homeless.

“The sky kept getting red and redder; the wind, already high, was increasing with the heat, and huge burning cinders were settling in every direction. Our man, Christian Larson, put on the hose and endeavored to keep the house and grounds wet. We children helped, too, turning the hose on the dried leaves and flower beds as they would catch, and Christian working on the roof of the house to keep that from burning.”

“Our parents decided to try to reach the North Western Station and to get the family to Lake Geneva, Wisconsin. We started west in a carriage, through crowds of people and hundreds of loose horses which had been turned out of the horse-car stables.

“The train was crowded with refugees, homeless, tired, and hungry, even on the floors people were sitting and lying. On arriving at Lake Geneva, we went to Mrs. Tamlin’s house, the present public library, where we and the George Sturgis family had spent the summer previous. In the bank at Lake Geneva, there were, fortunately, a few hundred dollars credited to Father, left from the summer expenses.

“After a few weeks in Lake Geneva, we moved to Geneva, Illinois, as a place nearer Chicago, but soon, Father objected to that short daily trip. We took a house on Indiana Avenue just south of Eighteenth Street; and later a house on Dearborn Avenue, where we remained till our house was rebuilt on the ruins at the corner of Huron and Cass Streets (in 1874).

“Before rebuilding our Huron Street house, the house on the East Shore Of Lake Geneva was built for summer use, which was occupied until Father’s death in 1886. The Ralph Ishams lived there after us.”

That the Chicago fire started in the barn behind Catherine O’Leary’s West Side cottage is certain; how it began is the question.

As the famous story goes, Mrs. O’Leary was in the barn around 9 p.m., milking her cow when the cow kicked over a lantern and sparked the inferno. Mrs. O’Leary consistently denied this account, saying that she never milked after dark. However, as an Irish immigrant living in poverty, she made a convenient scapegoat.

Some have suggested that pieces of Biela’s Comet — a periodic comet that disintegrated around the time of the fire — might have fallen to Earth and sparked not only the Chicago fire but other devastating blazes in Wisconsin and Michigan that same day.

An article in the Chicago Tribune suggested:

“A more likely culprit is the one person who admitted fault for the blaze, Louis Cohn, a businessman and gambler, who died in 1942, was 18 when the fire broke out. His will contained a public confession he’d only shared with friends and family. He and Mrs. O’Leary’s son, along with a few other boys, had been shooting craps in the hayloft by lantern light that night, when one of the boys — not the cow — knocked the lantern over.

“Cohn’s story is perhaps the most believable of the bunch, since he had nothing to gain from lying. Cohn’s version of the story is anything but self-aggrandizing. A 1944 press release from the Medill School of Journalism, which received an endowment from Cohn’s estate, noted Mr. Cohn never denied when the other boys fled, that he stopped long enough to scoop up the money.”

Michelle Bie Love is a member of the Williams Bay Historical Society and co-author of “A Pictorial History of Williams Bay, Wisconsin On Beautiful Geneva Lake.”

Opinion: Lies distort the truth — and potential — of 'defunding police'

Despite what President Trump and other critics say, "defunding police" means improving services in mental health, housing and other true crime-fighting strategies.

Cherished memories from football fields in the Lake Geneva region

A former Lake Geneva football star recalls his glory days under the lights on football fields throughout the region.

Hey, federal government, there should be no secret police in America

Law enforcement officers wear their names on their uniforms, and should not be afraid to let anyone know who they are.

A longtime leader in the Lake Geneva tourism industry questions whether hotels are getting their money's worth for the tax dollars they collect.

With husband's health in decline, woman struggles to keep up

Guest columnist: Grab your local food sources by the tail — and eat better

We all have choices when it comes to what we eat and where we buy our food. I hope that new consumer patterns will emerge from the pandemic that put more people in touch with the source of their food.

Guest columnist: Supporting a newspaper could keep your taxes down

MADISON — There are many aspects to the value of a community having a local newspaper serving its community.

Lake Geneva's scenic and historic Oak Hill Cemetery has been nominated for recognition as a national historic site.

Opinion: Travel and tourism businesses may need years to recover

Large hotels have many vacancies in the heart of summer. Safety precautions are in place, but travelers are largely staying home.

This image shows the Great Chicago Fire of 1871, which the daughter of a former Chicago mayor witnessed, describing the sky as “getting red and redder.”