Three generations in Bernadette Russow’s family experienced the difficulties and decline of Alzheimer’s disease. Her father lived in Texas with Bernadette and her husband, Eric, before the disease claimed his life.

So it’s no wonder the Russows have been motivated to get involved in efforts to make life better for individuals — and their caregivers — impacted by dementia.

The Russows operate the Dementia Friendly Community Initiative from their home. Their outreach includes communities across Walworth County, offering a variety of services intended to create better public awareness and understanding of dementia and also to improve the lives of persons touched by the disease.

Perhaps a good place to start is with a word of explanation about dementia, and how the stigma and isolation often associated with the disease can impact not only patients but their families as well.

From the U.S. Centers for Disease Control:

“Stigma around Alzheimer’s disease exists in part because of the lack of public awareness and understanding of the condition. Stigma may add to the burden of Alzheimer’s disease as it can prevent individuals and their families from talking with a health care provider when symptoms are present; receiving an early diagnosis or any diagnosis; benefitting from available treatments; developing a support system; living life to the fullest extent possible; ensuring plans are in place for financial matters and future care.”

For the record, Alzheimer’s disease is the most common cause of dementia but there are more than 150 others, ranging from vascular dementia to Parkinson’s to severe head injuries. While risk factors increase with age, early-onset dementia also can occur.

For the past six years the Russows have been building an organization with a mission to bring dementia out of the shadows. The group provides training to most police departments in Walworth County to assure officers have better understanding and to “prevent crisis situations.” More than 70 businesses and organizations have participated in dementia-friendly training, and some 7,000 individuals have experienced the program.

Community meetings are held during even months (February, April, and so on) at 8:30 a.m. in the Health and Human Services Building, 1920 County Road NN, Elkhorn. The aim of the gatherings is to broaden community understanding and provide support for families. With consideration for the pandemic, those interested have the option to participate in-person or virtually.

Partnering with libraries throughout the county, including Lake Geneva, the Dementia Friendly Initiative also has offered activity events referred to as “Memory Cafes.” The objective is to promote social interactions through such things as arts and crafts, planting flowers, even freestyle painting.

“It’s an opportunity for folks with Alzheimer’s and other dementias to have social experiences, to get out of the house,” Eric Russow said. “Self-isolation is one of the problems.”

The group also is working on a plan to start a band and choir.

“Music is one of the most beneficial things for people with Alzheimer’s,” Eric Russow said. “Music from their era brings them alive. It brings them out of their shell.”

A capital campaign has begun with an eye toward supporting what quickly has become one of the group’s most innovative and proven programs. They call it “Cycling Without Age.”

Two electric-assist bicycles and a trailer were purchased and in May 2021 the group took the show on the road. Attending 18 different events, bike rides were provided for dementia patients averaging about a half-hour each. Volunteers “pilot” the bikes, which are equipped with a bench seat for two in front giving individuals the “wind in the hair” sensation of movement.

“They are in front. They can sit back and enjoy,” Eric Russow said. “It’s an exhilarating experience for them.”

He told a story from earlier this year of a woman who brought her dementia-impacted mother for a ride around the square in Elkhorn. Later in the year, Eric Russow said, he saw the woman again and asked about her mom, learning she had passed away. After he expressed condolences, the woman talked about how much the bike ride had elevated her mother’s spirits.

“She never stopped talking about that bike ride.”

The organization seeks to raise $75,000 to cover expenses of four additional bikes, two more trailers, insurance and winter storage. Donors can make a one-time contribution or arrange monthly giving. Checks can be sent to Dementia Friendly Community Initiative at P.O. Box 172, Elkhorn, WI 53121, or donors can go the organization’s website (dfcwalworth.org) to contribute. For more information readers can contact the Russows at dfcwalworth@gmail.com or call 262-320-7325.

Here’s our thoughts. Walworth County is lucky to have people like Eric and Bernadette Russow, who give of themselves for others. Theirs is a worthy cause and, really, $75,000 is not much money considering the good it can do. Families that have experienced dementia carry a heavy burden. Easing the pain for patients and caregivers is the right thing to do. Reach in your pocket. Send a check. You’ll like how it feels.

By the way, America lags much of the world in providing help for those impacted by dementia. Eric Russow estimates Europe is at least 15 years ahead of America’s efforts.

We should all be proud of that. And do our part to advance the cause.

History Column: Look back at Lake Geneva dentists of the past

In previous columns I have recounted the lives of many professionals who practiced their professions in Lake Geneva. Most recently I have reco…

As the mercury has plummeted the past few weeks, folks are reminded of two things.

Time is now: It's still a trying time for many

Just as the winter weather has turned bitter and we worry for those who do not have sufficient safe shelter, we have been blessed with another…

Richard Kyte: Tolerance of profanity is a cultural failing

Commentary: We should not be complacent about the way the words we use shape our perception of the world around us.

(The Conversation is an independent and nonprofit source of news, analysis and commentary from academic experts.) 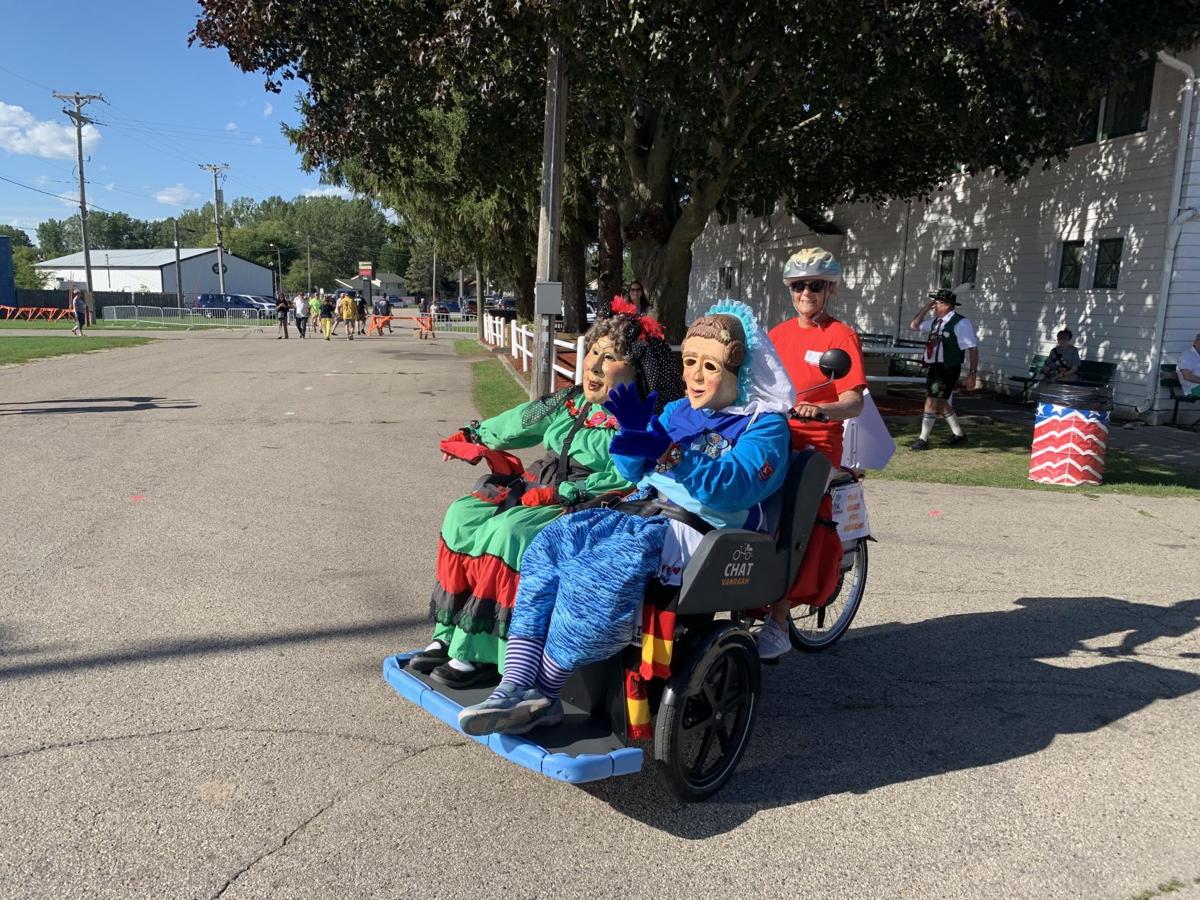 Here is an example of the electric assist bicycles that offer rides to individuals with dementia to give them the “wind in the hair” sensation of movement. It was out at DAS Fest this summer in Elkhorn. 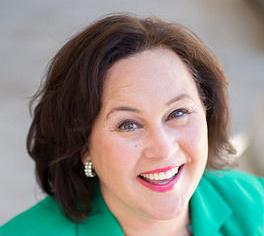 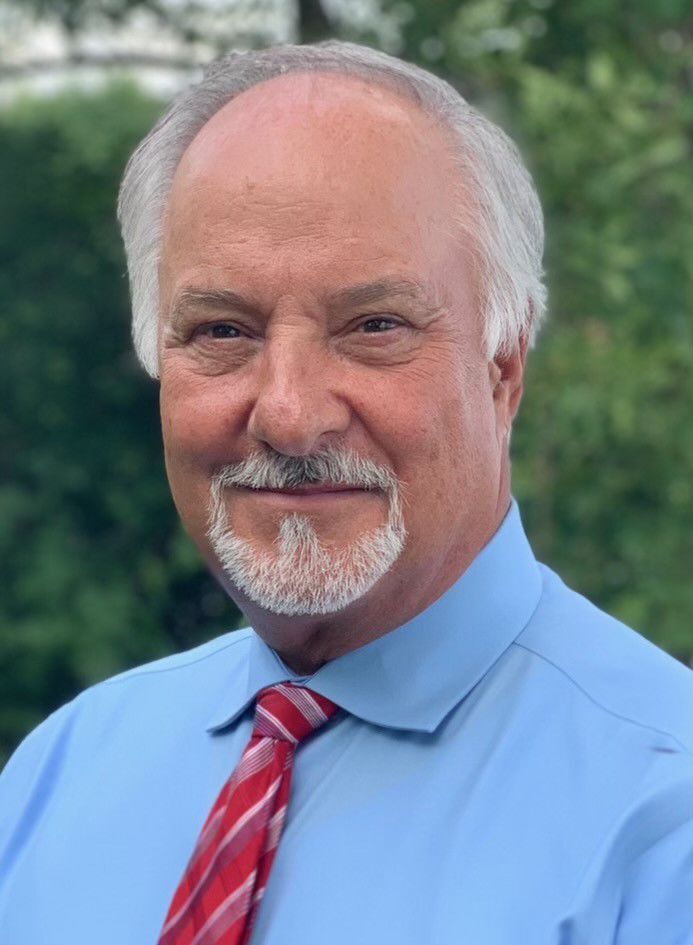