NFL says Steelers-Titans game being postponed amid coronavirus outbreak. Get the latest.

The race for president between Donald Trump and Joe Biden will be the main focus of attention — naturally — between now and Election Day on Nov. 3.

But there is another contest in the Lake Geneva region that we hope voters will take seriously and spend time to review the candidates.

In Wisconsin’s 1st Congressional District, voters must choose between Republican incumbent Bryan Steil and Democratic challenger Roger Polack to represent them in Washington.

We would like to see the two campaigns organize at least one face-to-face debate, so that voters can take the measure of these two contenders side by side.

Absent that, we urge voters throughout the district, nonetheless, to do their research and read up about Steil and Polack.

The winner of this contest will not occupy the White House, of course. But he will serve in the U.S. House of Representatives for the next two years on behalf of folks from Janesville to Kenosha, including all of Lake Geneva.

It remains to be seen whether the nation will be heading into President Trump’s second term, or whether we will be embarking on President Biden’s first term.

It was just two years ago that the district lost a powerhouse in Paul Ryan. A former vice presidential nominee of the Republican Party, Ryan became speaker of the House, before deciding to walk away from politics midway through Trump’s first term.

Democrats then took control of the House, and Ryan handed the speaker’s gavel over to Democrat Nancy Pelosi.

Steil, who hails from Janesville, spent many years in manufacturing before getting into politics, including as an executive for plastics maker Charter NEX Film and another stint with electric motor maker Regal Beloit Corp.

In the two years since his election to Congress, Steil has served as a staunch supporter of the Trump administration. In a campaign stop last month in Darien, Vice President Mike Pence called our freshman representative “a great ally of this administration every single day.”

No other Republican came forward this summer to challenge Steil in the primary for November’s election.

Polack, on the other hand, emerged from a Democratic primary to become his party’s nominee to take on Steil, aiming to turn the congressional district from red to blue, as they say.

Polack, an attorney from Caledonia, has a background in international studies. He also has a family history that includes growing up in a low-income household that once relied on food stamps.

We are not offering an endorsement here. We simply extend a word of encouragement for voters to take notice of this race.

Spend some time soon learning about Bryan Steil and Roger Polack. Decide who would better represent you in Washington for the next two years.

Opinion: A toast to dreaming big in downtown Lake Geneva

Whether you drink beer or not, the Editorial Board hopes you can appreciate when entrepreneurs achieve their goals and bring something new and special to the community.

Editorial cartoon: Who are the real sheep in the face mask debate?

Editorial cartoonist Joe Heller gives his unique humorous perspective on the whether people should comply with wearing face masks — or comply with the naysayers.

Opinion: Lake Geneva Oktoberfest could show the way to a new normal

If organizers can make Lake Geneva's Oktoberfest safe during the coronavirus, then on with the festival. Otherwise, this event should not go forward.

Editorial cartoonist Joe Heller has a little fun with coronavirus vaccine studies, which do not seem to be going fast enough for some people.

Editorial cartoon: Fantasy football in the age of coronavirus

Editorial cartoonist Joe Heller shows us what "fantasy football" looks like to some fans these days. 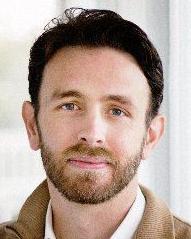