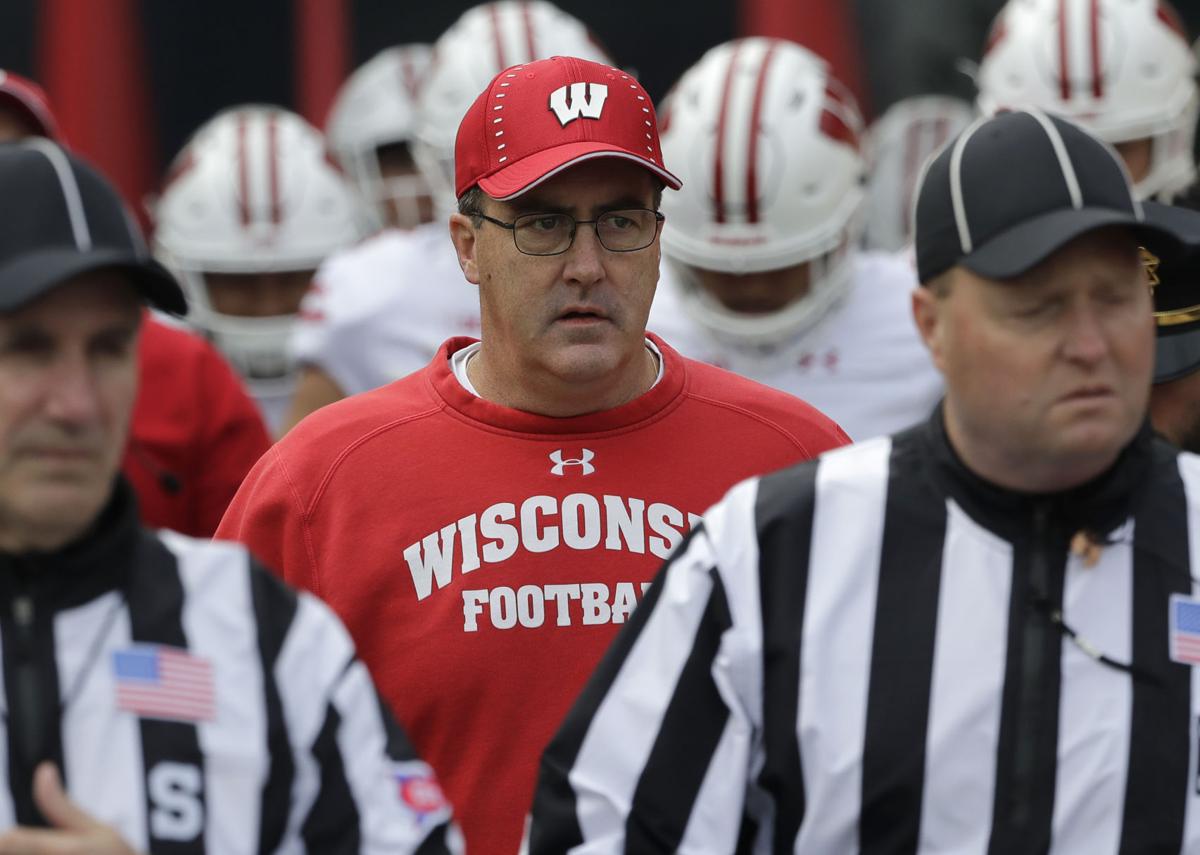 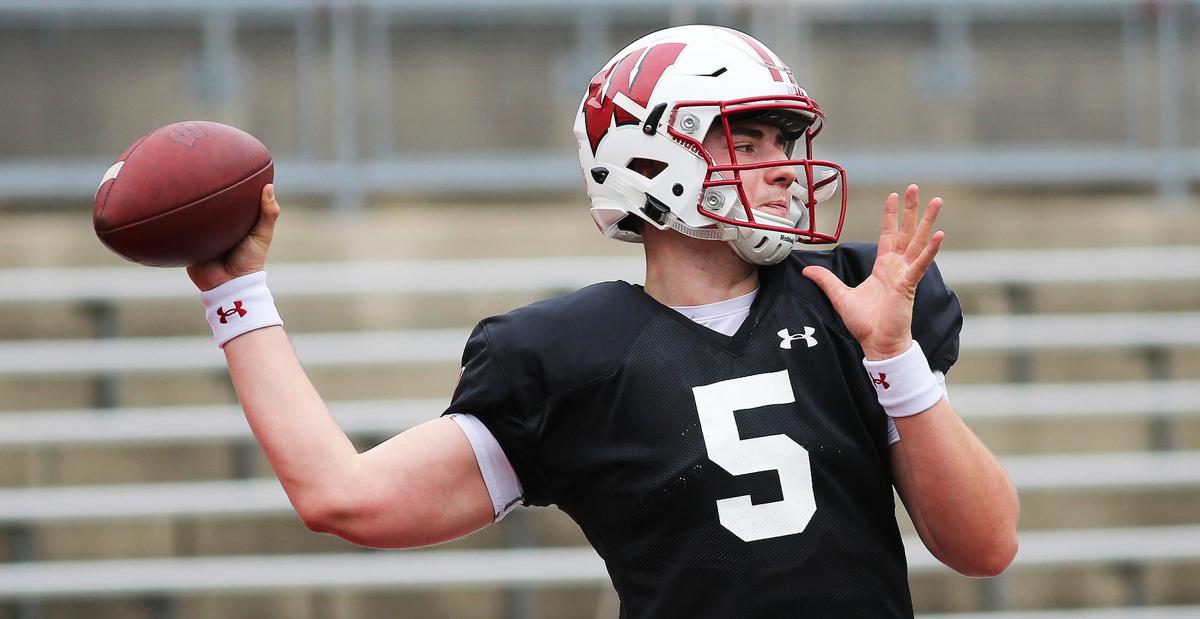 A decade in the national spotlight has changed the stakes for the University of Wisconsin football program.

With 102 victories over the past 10 years, UW trails only college football heavyweights Alabama, Ohio State, Clemson, Boise State and Oklahoma in number of wins among the 130 Football Bowl Subdivision teams. In the past five years, UW has a 34-9 record in the Big Ten Conference, second only to Ohio State. Meanwhile, Madison has become a favorite shopping mall for NFL scouts looking for tailbacks, linebackers, offensive linemen and tight ends.

Winning at such a consistent pace has altered the perception of the program, however, ramping up expectations both internally and externally to the point where an 8-5 record is no longer acceptable. And an 8-5 record when you begin the season ranked fourth in the nation and dreaming of a berth in the College Football Playoffs is not only unacceptable, it is a bitter disappointment.

Coming off a 13-1 record in 2017, UW had 10 starters back on offense and four long-term starters right in the heart of its defense. Contending for a national title seemed like a logical next step for a program that entered the season with a 34-7 record in three seasons under coach Paul Chryst.

But a failure to handle the preseason hype, season-long inconsistency by the decorated offensive line, mostly inadequate quarterback play and a toxic combination of inexperience and injuries on defense led to an 8-5 record and a boatload of criticism. Embedded in that was a 5-4 Big Ten mark that all but handed the West Division title to Northwestern. Not even a rout of Miami (Fla.) in the Pinstripe Bowl could salvage a season that veered hopelessly off the rails.

Since overreaction has become the new normal in sports, the public outcry — or was it outrage? — became one of the few things involving UW that met expectations all season. Surely, you heard it. Chryst’s offensive play-calling was too predictable. The players didn’t get along and had their own agendas. UW hasn’t recruited well enough to match up with good teams. The Badgers are on the fast track to mediocrity, or worse.

All of that knee-jerk despair leads to one question as UW embarks on the 2019 season: Was last year just a blip on the radar screen or was it a sign of long-term decline in the program?

“I don’t think it was a decline,” redshirt sophomore tight end Jake Ferguson said. “I don’t want to say it was a rebuilding year or anything like that. I don’t think this year will be, either. I think at Wisconsin, we have this feeling that every year is going to be great and every year is going to be a 10-win season. Last year we just didn’t get what we wanted done. It left a bad taste in our mouths. This year we really need to hone in and get back to the way Wisconsin football needs to be played.”

The Badgers strayed from that last season for a variety of reasons, but there is no reason they can’t get back to playing Wisconsin football very quickly. In terms of talent, attitude and coaching, this team looks like almost every other UW team over the past decade. It still doesn’t have the game experience Chryst’s first four teams at UW had, but it made up a lot of ground in that area last season. Having to use so many young players is both a reason for the 8-5 record in 2018 and a source of optimism in 2019.

I believe UW will be a better team this season than it was last season, though its record might not reflect how much better. There is one thing that could keep the Badgers from posting a 10-win (or better) season for the 10th time in 15 years and it’s the one thing they can’t control — the schedule.

After years of UW facing the Big Ten’s name programs only sporadically since expansion took the conference to 14 teams, this year’s nine-game schedule is a who’s who of the Big Ten. The West is deeper than ever before and UW’s East Division crossover opponents are Ohio State, Michigan and Michigan State.

But that won’t deter UW, which has shown in recent years that it can line up and play with any team in the nation except maybe Alabama and Ohio State. Still, there is only one gimme — Illinois — on this year’s Big Ten slate. The last time UW faced a situation like that in the conference was, well, never.

If UW does have a bounce-back season, it will be led by All-American tailback Jonathan Taylor, better quarterbacking even though three-year starter Alex Hornibrook transferred out following an injury-plagued season and a maturing defense that was forced to learn the hard way last season.

In many ways, this UW team will be familiar to fans.

Although still young, it has a solid base of talent. If anything, UW’s always selective recruiting has been inching up in the rankings under Chryst, especially the current freshman class that includes touted quarterback Graham Mertz.

It has a stable coaching staff that has shown over the years it can develop and motivate players. The schemes may have been dumbed down a bit last season due to shaky quarterback play and rampant inexperience on defense, but those schemes have won in the past.

It has a level of accountability where players must answer not only to coaches but to their teammates. That accountability appeared to fracture somewhat last season, but that has only made the returning players more determined to return it to where it was.

“I’m confident in the culture of this program,” junior quarterback Jack Coan said. “I feel like the culture that Coach Chryst and all the other coaches have put in place is going to remain strong throughout all the ups and downs we experienced last year. Really, the culture is what breeds winning.”

The talent drain has been severe over the past two years, with 15 players who started in 2017 or ‘18 participating in NFL training camps this summer, including 10 defensive players. The only players still around who were primary starters in 2017 are Jonathan Taylor, wide receiver A.J. Taylor and center Tyler Biadasz.

Elite programs overcome personnel losses without losing stride and there are signs UW can do this season what it couldn’t do last season. Chryst isn’t taking any chances, however, by sitting on his hands. During off-season workouts, the coaches stressed two things: Increasing the strength of the players and improving their understanding of situational football.

Both are problems that can be attributed to youth and inexperience, things that should auto-correct themselves this season since players who were thrown into the fire last season can be expected to take a step up. Still, Chryst is pushing the issue by trying to get the Badgers to be more physical and more aware in 2019. He emphasized weight training throughout the off-season — senior linebacker Zack Baun said the team is “definitely the strongest since I’ve been here” — and has altered practices to put the players in more game-type situations.

An 8-5 season will do that to a program, especially one that is accustomed to better.

“That’s what I love about the Wisconsin program and the fans,” sophomore cornerback Faion Hicks said. “We expect greatness out of each other. We expect greatness out of our program. Last year happened, but right now we’re focused on this year. We took that 8-5 and we learned from it. Now we know what to do and what the goal is going into this year.”

At UW, the goal never changes. Chances are we’ll find out this year that the team doesn’t, either.

This is Part Three of the State Journal's 2019 Badgers football preview. Check back at Madison.com throughout the week as we count down to UW's season opener Friday at South Florida.

With another offseason behind them, the talent-rich prospects in the back end of Wisconsin's defense could be in for a much smoother ride in 2019.

As the Badgers get ready to kick off the 2019 season on Friday against the South Florida Bulls, Jason Galloway examines Wisconsin's roster by …

Get to know the Wisconsin Badgers' 2019 football recruiting class

From in-state standouts to bruising offensive linemen and a consensus four-star quarterback on the rise, learn more about the athletes that ha…

Get to know the Wisconsin Badgers' 2020 football recruiting class