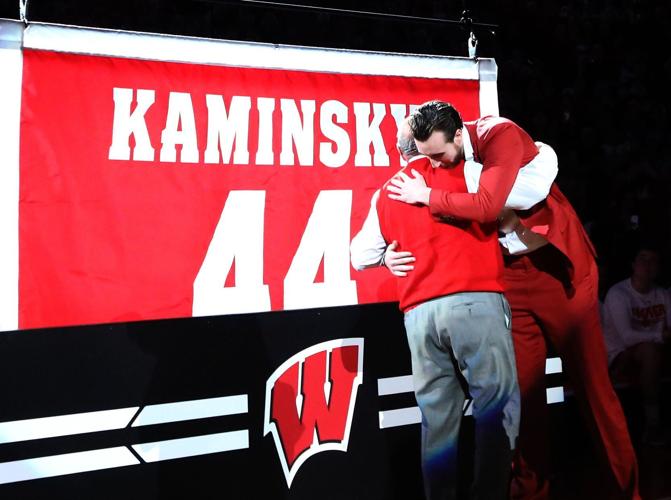 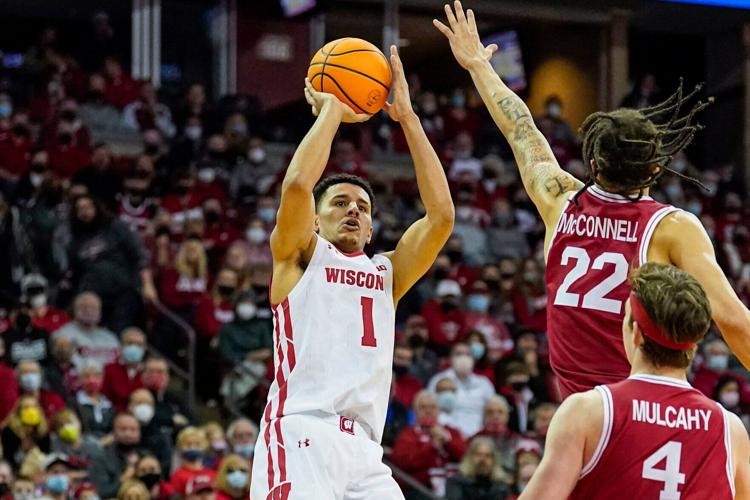 They were both underestimated players heading into the year that they’d eventually win Big Ten Player of the Year and be named consensus All-American.

Sure it was seven years apart, but Kaminsky noted the distinction when asked what he thought about Davis being picked by the Washington Wizards 10th overall in Thursday’s NBA Draft.

“When you can take in guys and develop them and turn them into NBA prospects, that’s just gonna make the school better,” Kaminsky said. “Guys are going to be feeling more comfortable going there and knowing they can develop into professional basketball players and the pros.”

Davis became the 11th former Badgers player to be drafted in the first round and the third to be a top-10 pick in the common draft era — joining Kaminsky and Devin Harris.

From La Crosse to Wisconsin, Johnny Davis had his sights set on the NBA draft

Davis and Kaminsky have another thing in common. They were both three-star recruits out of high school. Now they’re the only two former UW players to be on an NBA roster.

Gard has been criticized for his lack of talent heading to the NBA. That likely won’t go away as UW is looked at as a “more traditional system school” that doesn’t get players to the NBA, according to Kaminsky.

Kaminsky said that Davis being picked up should be proof that the mold has been broken.

“It seems to me that a lot of people are surprised that Gard has had a lot of success,” Kaminsky said. “To anyone who’s been around the program that was there with Bo [Ryan] and Gard at the same time, it’s no surprise. He’s really developing talent. He makes sure his guys are prepared day in and day out. That’s what it’s gonna take for people, for his players to succeed, for him to succeed.”

Jim Polzin: Why the NBA draft is a banner moment for both Johnny Davis and Wisconsin men's basketball

Kaminsky hopes people can continue to follow in Davis’ footsteps especially because of the nature of his collegiate career.

He came off the bench to average 7.0 points and 4.1 rebounds over his 24.3 minutes per game as a freshman. Davis finished the season as the leading scorer for the Badgers, averaging 19.7 points, 8.2 rebounds, 2.1 assists and 1.2 steals over 34.2 minutes per game.

“I mean, going from a freshman that was a role player to an All-American, Player of the Year candidate and a top-10 pick in the draft,” Kaminsky said, “it just goes to show that if you go to Wisconsin (and) you put the work in, you’re gonna get your opportunities.”

It’s been seven years since he left and Kaminsky still views himself as a UW basketball player. Everywhere he goes he has UW fans come up to talk to him.

It’s why he’s so proud of Davis as he begins his NBA journey.

‘Everything I do is for them’: Former Wisconsin star Johnny Davis’ main motivation is family

“Once you leave Wisconsin, Wisconsin doesn’t leave you,” Kaminsky said. “Johnny’s done extremely well. I was really happy to watch him burst onto the scene this year and reinforce his hard work with being drafted in the top-10.”

Kaminsky said he’s excited to have a fellow Badgers player in the NBA. Sam Dekker hasn’t played in the NBA since 2021 and Jon Leuer retired in 2020 leaving Kaminsky as the only former UW player in the league.

Now there’s a chance he’ll get to play against Davis.

“It could be a really good spot for him,” Kaminsky said. “You want to see people from your alma mater represent your school well, and he’s represented well. Now, he’s gonna continue to represent Wisconsin and Washington and wherever his crew takes them. I’m so happy for him.”

As for Davis, he won’t be afraid to pick up the phone to talk NBA with Kaminsky.

“There’s not many people that come from Wisconsin and come into this league,” Davis said. “[Sam Dekker] and Frank are some guys I looked up to and I definitely will reach out to those guys for advice.”

"With the 10th pick in the 2022 NBA Draft, the Washington Wizards select... Johnny Davis, from the University of Wisconsin!"@JohnnyDavis is officially LEAGUE!#OnWisconsin x #NBADraftpic.twitter.com/DPLRlOBVBa

With the 10th overall pick in the 2022 NBA Draft, the @WashWizards select our guy @JohnnyDavis!#OnWisconsin x #NBADraft pic.twitter.com/TH4G5kSRZC

Happy he got picked in the top 10.. Not as happy with him going to the Wizards.. Best of luck Johnny living out your dream! 👍👍😃💪🏻💪🏻

Should have stayed in school!

Happy for him, but who watches Washington Wizards basketball?...

It’s expensive to live there

Stephen A was mad the Wizards picked Johnny Davis right in front of the Knicks that’s how you know it’s a good pick. pic.twitter.com/oTiINsCWoJ

Better than the Knicks

Would have really like to see him go at 9 to the Spurs. That would’ve been a great situation for him. Still happy for him!

Spurs need big men. Great organization but loaded with guards and no big men. Doesn’t fit their need but sadly I’m a badger in San Antonio and wanted the unlikely to happen. I am not a fan of our pick at 9

Sad to see him go but as a top ten pick, he definitely made the right choice.

His intangibles can't be measured, but @JonRothstein says Davis needs to become a better shooter to be effective at the next level ✍️ pic.twitter.com/ZQu7AIK0If

Jaden Ivey, Keegan Murray and Johnny Davis — all scoring wings or guards — now carry the banner for a Big Ten that has a rep for not being ideal for such players.

Johnny Davis' standout skill is his feel for the game with the ball in his hands. Really good in the halfcourt, knows how to get defenders off balance and create shots. Also a high motor defender. Shot 30% from 3PT last year, so that will be an area for growth.

The Big Ten had some dudes this year. Three guys drafted in the top 10…more coming in the first round

Frank Kaminsky spent three seasons with the Phoenix Suns but his time was cut short in 2021-22 due to a knee injury. Now, the 29-year-old veteran heads closer to home with an Eastern Conference team. 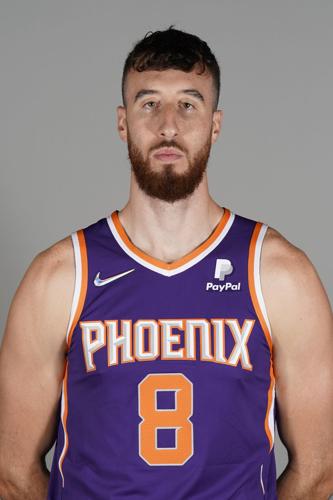