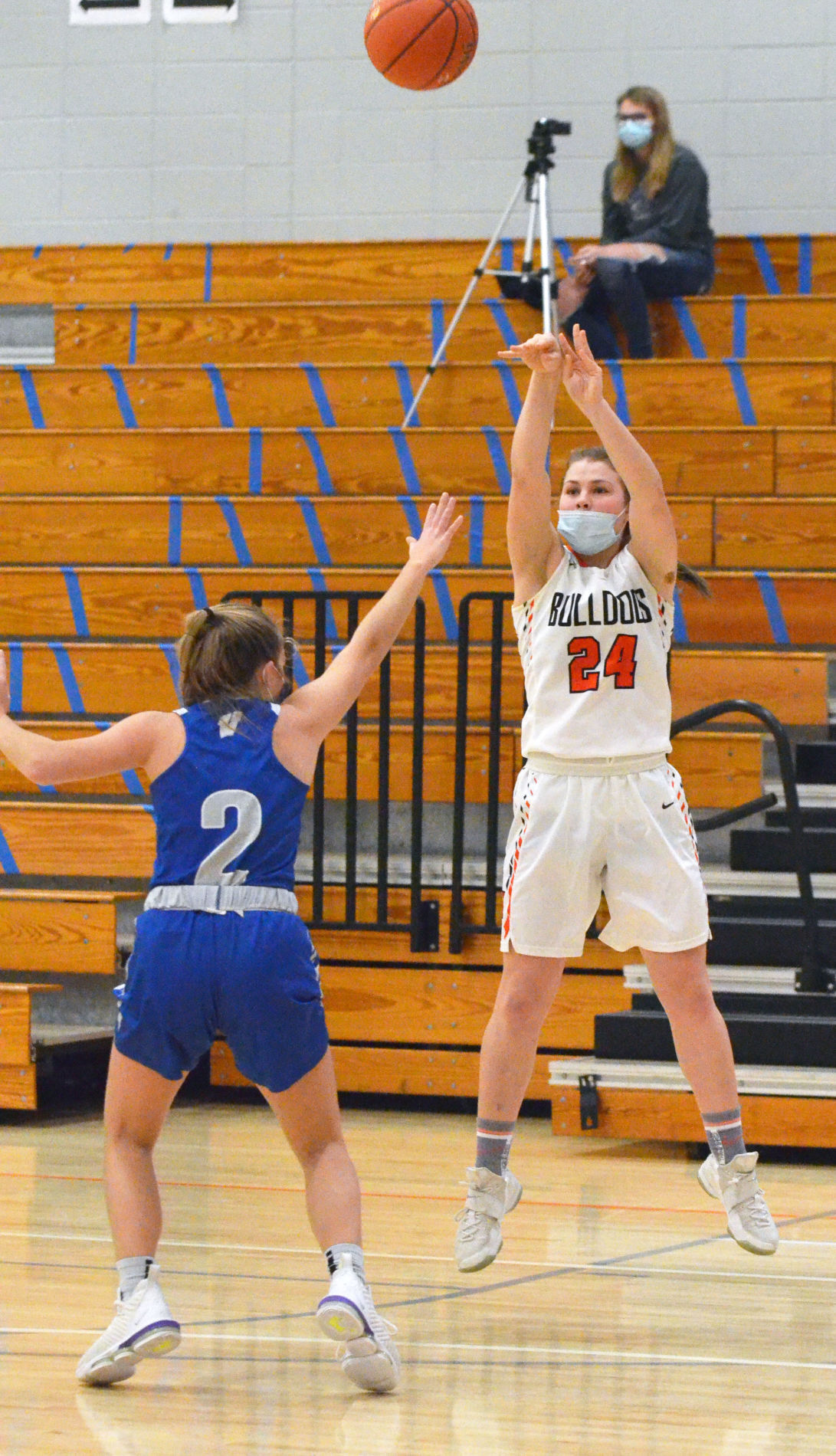 Williams Bay’s Morgan Bronson, shown in a previous game, was the leading scorer in the team’s first win of the season on Jan. 5. 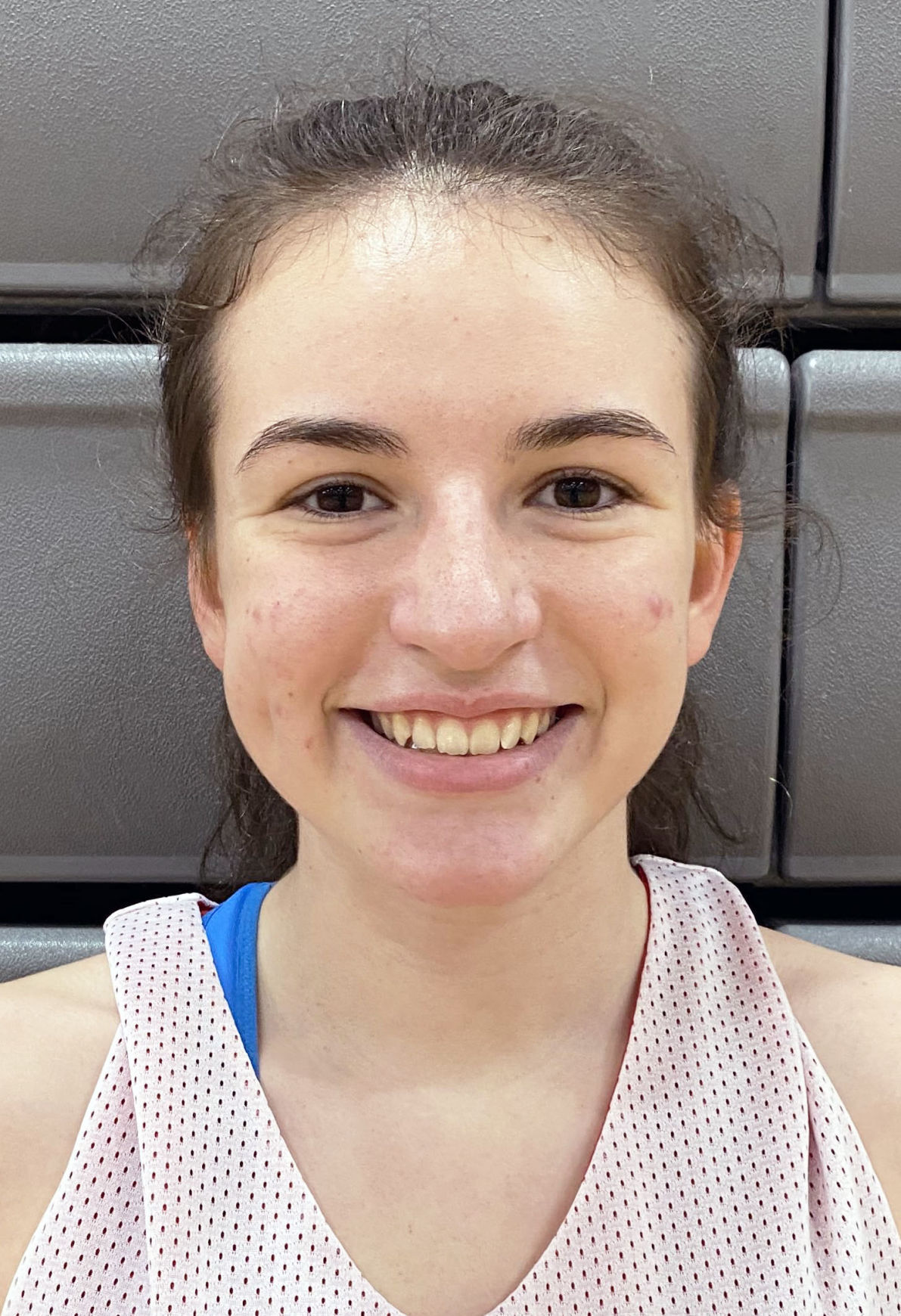 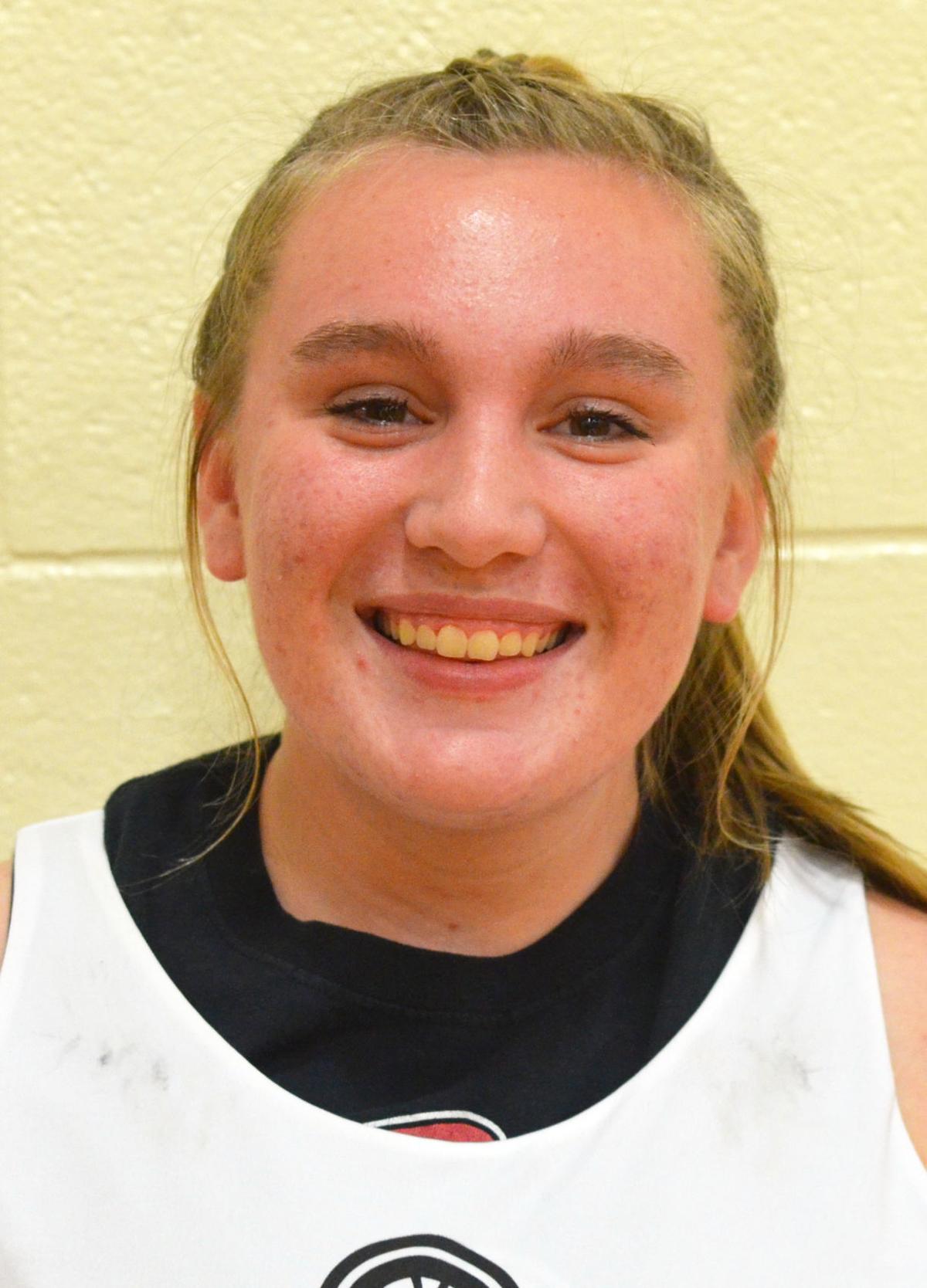 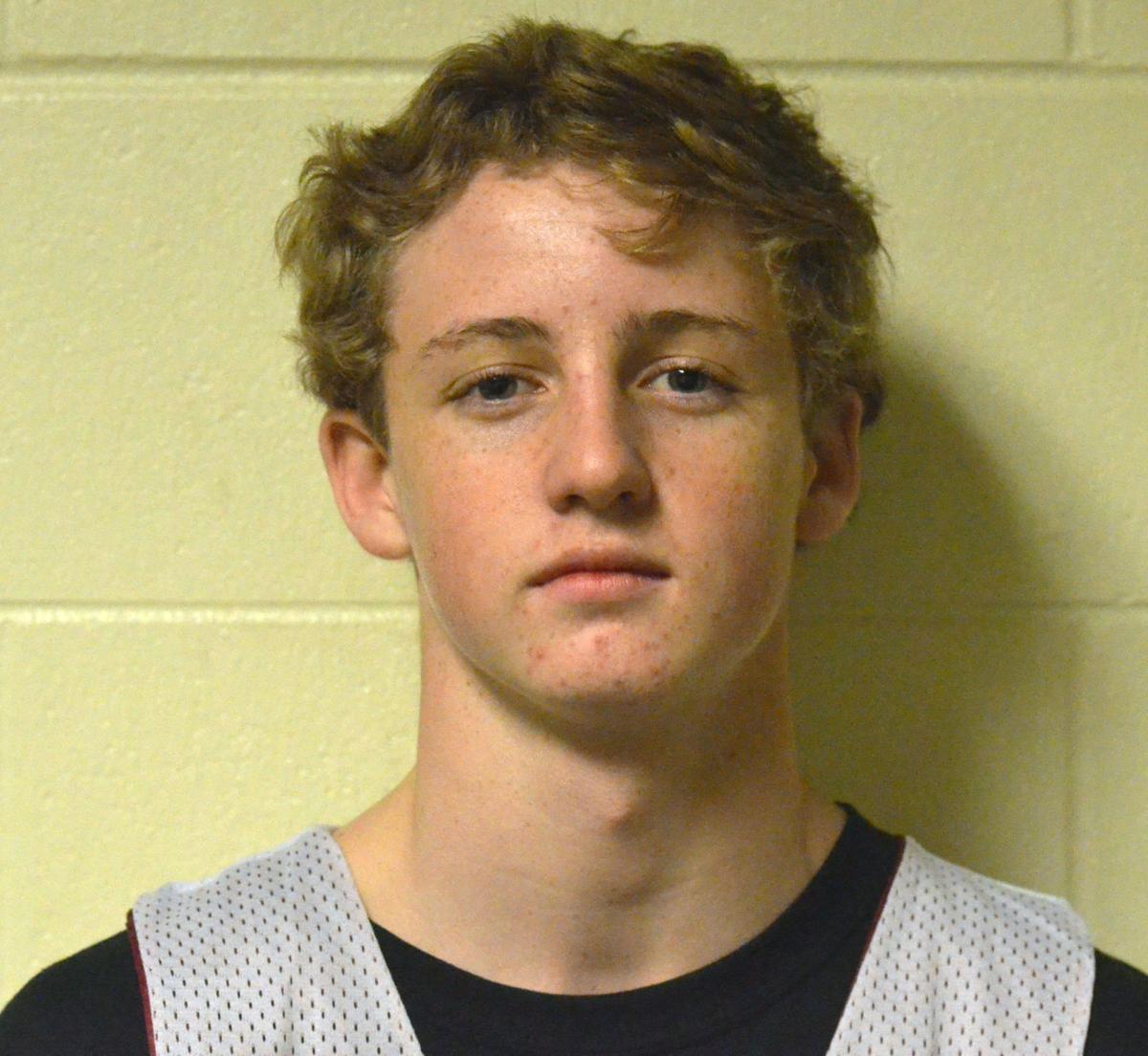 Meanwhile, the Badger girls won a pair of games by wide margins and the Badger boys and Big Foot girls both lost.

Williams Bay won its first game of the season on Jan. 5, hitting the road and defeating Johnson Creek 42-39.

The Bulldogs started strong and built a 25-18 halftime lead. In the second half, Johnson Creek outscored the Dogs 21-17, but it was not enough to pull off a comeback.

More than half of the Bulldogs’ points—24—came off three-pointers. Bronson and Olson hit three each, and Nolan sank two from long range.

The Bulldogs could not make it two wins in a row, though, losing 55-34 at Palmyra-Eagle.

Palmyra led 29-21 in the first half, but the Panthers doubled the Bulldogs’ total in the second half 26-13 to finish off the 21-point win.

The game was close at halftime, with Wilmot ahead 25-18. But the Panthers extended their lead in the second half, outscoring the Chiefs 24-8.

The Badgers led 35-13 at halftime. The second half was closer, with the Badgers outscoring the Panthers 18-15.

Three days later the Badgers traveled to Burlington to take on the Demons and won 66-25.

Badger outscored the Demons 40-15 in the first half. They took their feet off the gas a bit in the second half, but still won by 41 points.

The Badgers led 24-23 at halftime, but the Panthers came on strong in the second half and outscored BHS 46-22.

Junior guard Ty McGreevy led Badger with 16 points. Wilmot senior Kevin Sandman was the high-scorer in the game with 26.

On Jan. 8, Badger hosted Burlington and the Demons handed the Badgers their 11th loss in a row, a 56-40 defeat.

It was a close contest in the first half, with Badger down only 27-24. But Burlington turned on the jets in the second half and outscored the home team 29-16.

Sometimes no matter how well a shot is defended, it still goes in.

WALWORTH — For the seventh year in a row, the Big Foot boy basketball players are the kings of the west end of Geneva Lake after the Chiefs de…

When Elkhorn rolled into Lake Geneva on Jan. 15, the Badger boys basketball team had to face off against one of the most talented players in s…

Tonight, one of the fiercest rivalries in the area will tip off as the Williams Bay and Big Foot boys basketball teams hit the hardwood in Walworth.

The Badger girls basketball team started the season shooting lights out from beyond the arc, but eventually the team was going to have a game …

Before the Big Foot and Williams Bay boys basketball teams met up on Jan. 18, both teams played at least two other games, while the Big Foot g…

On Dec. 28, Badger’s boys basketball team hosted Big Foot for a cross-lake clash that was at least two decades in the making.

Williams Bay’s Morgan Bronson, shown in a previous game, was the leading scorer in the team’s first win of the season on Jan. 5.