When Badger’s girls basketball team suited up on Dec. 1 against Waterford, it was the first time the players and coaches had gotten ready to play a game since Feb. 29. After the players were forced to forgo the typical offseason summer schedule of games and tournaments due to the coronavirus, getting back on the court would have been an exciting moment win, lose or draw.

That occasion was even sweeter when the Badgers started the season with a victory, cruising past the Wolverines in a 59-39 game in Lake Geneva.

Besides just the excitement of a win to start the year, the Badgers also got the better of a rival that had their number recently; Waterford had beaten the Badgers in three of their last four meetings over the past two seasons.

As such, head coach David Jooss knew his team needed to be on their A-game heading into the contest.

“They are a very well-coached Waterford team for sure. They do a great job, they play hard,” Jooss said.

It was a slow start for the Badger offense, which did not get on the board until nearly four minutes had passed. The girls played much better on the defensive end, though, only trailing 3-0 until senior forward Chloe Wright hit a jump shot at the 14:10 mark.

For the next five and a half minutes, momentum was firmly on the Badgers’ side, going on a 15-4 run capped off by a layup from senior guard Ashlyn Welch that gave them a double-digit lead for the first time 17-7 with 8:45 remaining in the half.

The Badgers were not quite as dominant for the rest of the half, but still managed to stretch the deficit to a 31-17 score at halftime.

While it was the start of a new season, Badger’s game plan from years past stayed the same as the team aimed to have its high-pressure defense force turnovers into easy transition buckets. It was Wright that set the tone in the Badgers’ press on opening night, and Jooss had high praise for the senior for her effort.

“In terms of active hands and getting deflections, Chloe Wright played phenomenal defensively,” Jooss said. “I think she’s one of the best defensive players in the conference right now.”

Just because the Wolverines were down by double-digits at halftime did not mean they were going to coast through the rest of the game. Waterford came out of the break firing on all cylinders, outscoring Badger 12-3 in the first 4:45 to cut the deficit to just one possession 34-31, which forced Jooss to call a timeout to give the Badgers time to regroup.

Sure enough, the tactic worked, and Badger spent the next six minutes building up a 15-2 run to get the lead back to the 14-point threshold 47-33 with 8:17 on the clock.

Both squads traded buckets for the next two and a half minutes, and Waterford’s senior guard Megan Schmidt hit her third three-pointer of the second half to make it a 49-39 score with 5:45 remaining.

It was a balanced effort offensively for the Badgers, with eight players scoring and five tallying seven or more points. Senior guard Ava Schulz led the team with 16 points, followed by Wright with 12 and senior forward Veronica Yakubov also hit double figures with 10 points.

In a season that could see players missing time due to coronavirus contract tracing, Jooss believes that sort of balanced offensive attack will be even more crucial than in a typical year.

“I think with the way this year is, you’re going to need to be deep because you’re going to miss players at times. It was good to see us spread the ball out and have multiple people scoring for us,” Jooss said.

Badger were able to improve its record to 2-0 three days later when they traveled to Westosha Central and beat the Falcons 48-42.

The Badgers were able to build up a lead in the first half, outscoring the Falcons 26-18 by halftime. While Westosha cut into that lead in the second half, outpacing the Badgers 24-22, it was not enough to overcome the full deficit.

Macie Todd was the leading scorer in the game with 16 points, and Welch was second on the Badgers with 12. 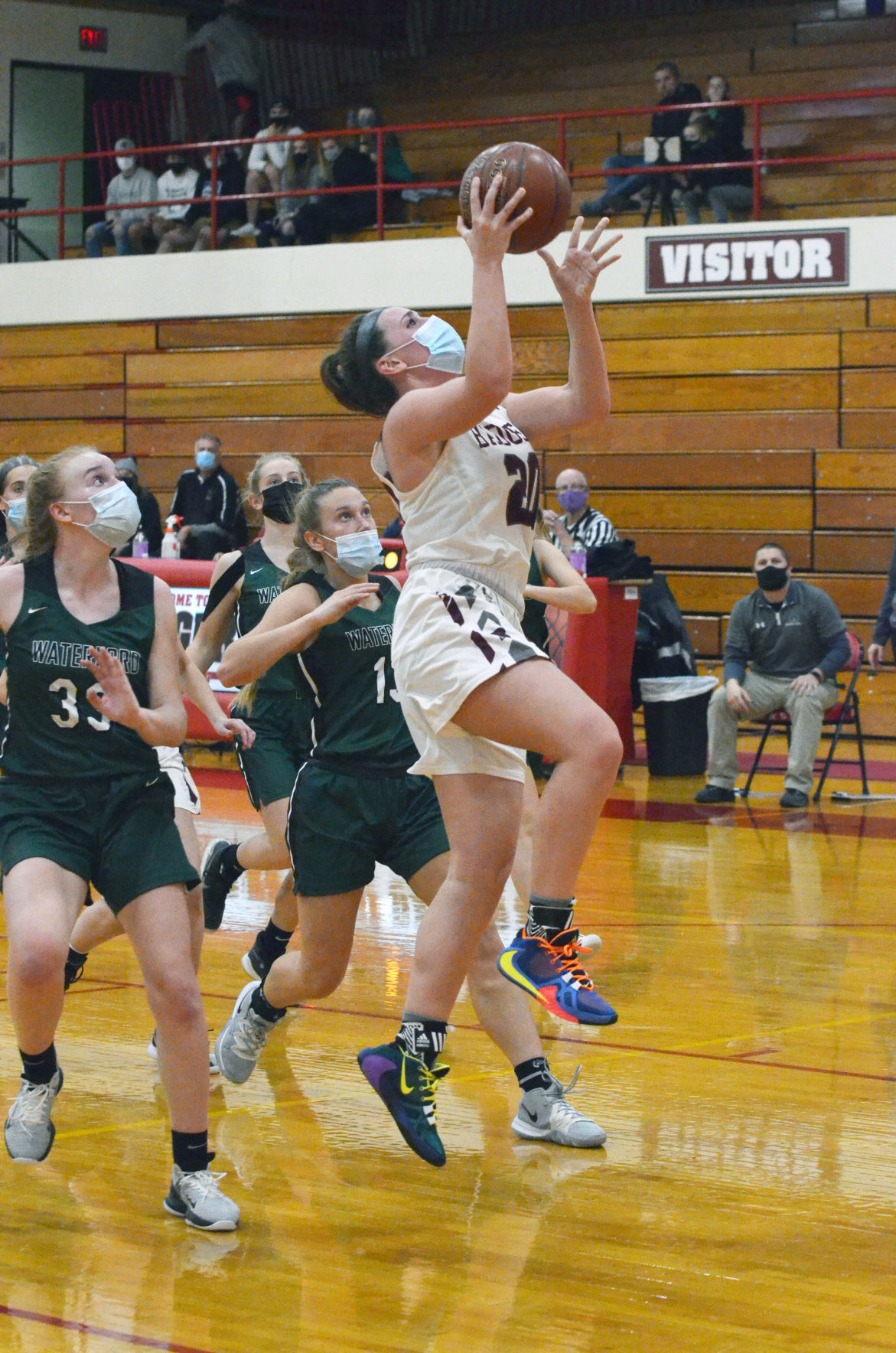 Senior forward Chloe Wright set the tone both offensively and defensively for the Badgers in the Dec. 1 win over Waterford. 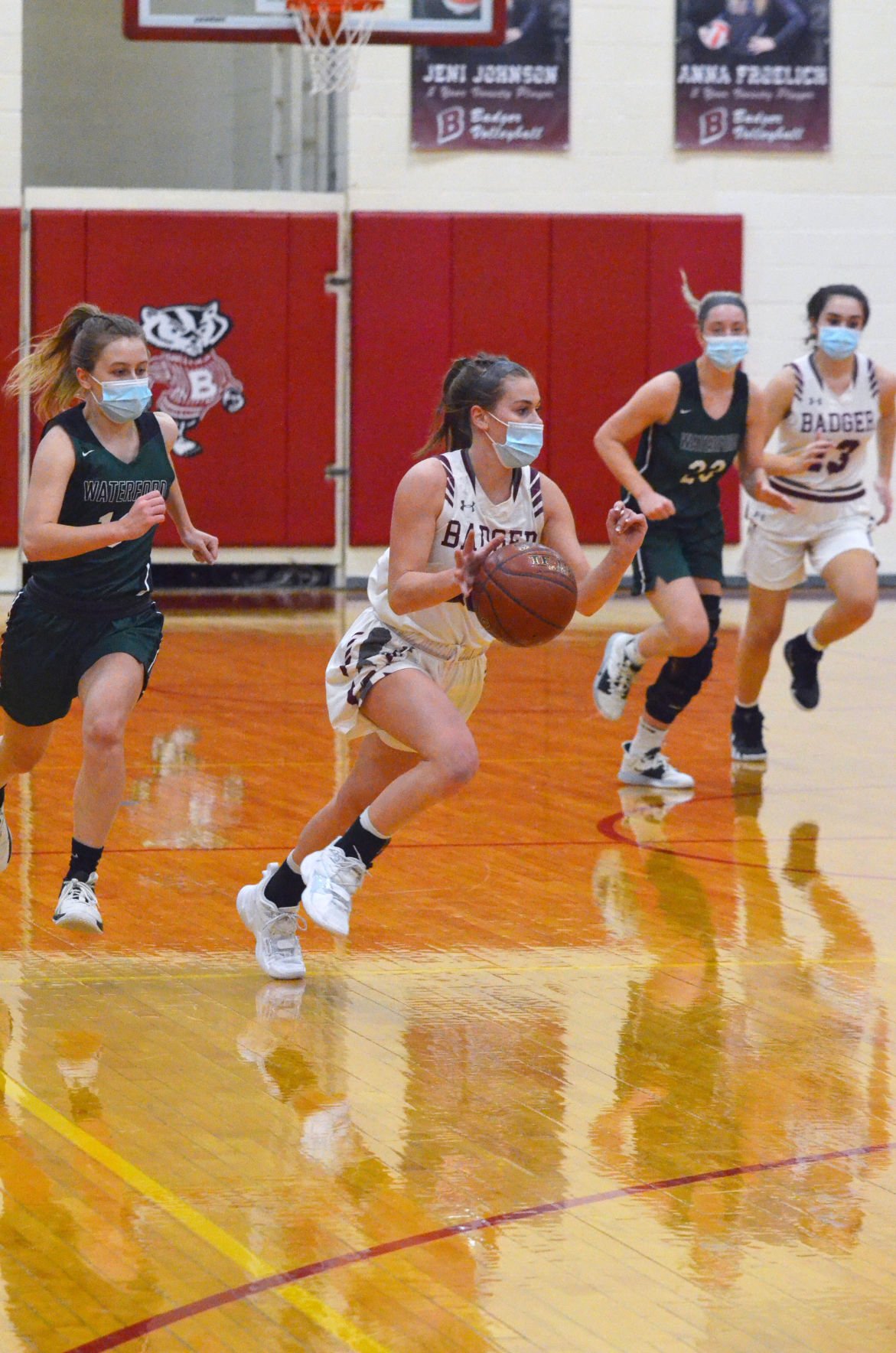 Senior forward Veronica Yakubov sets up for a shot in Badger’s 59-39 season-opening win over Waterford in Lake Geneva on Dec. 1. 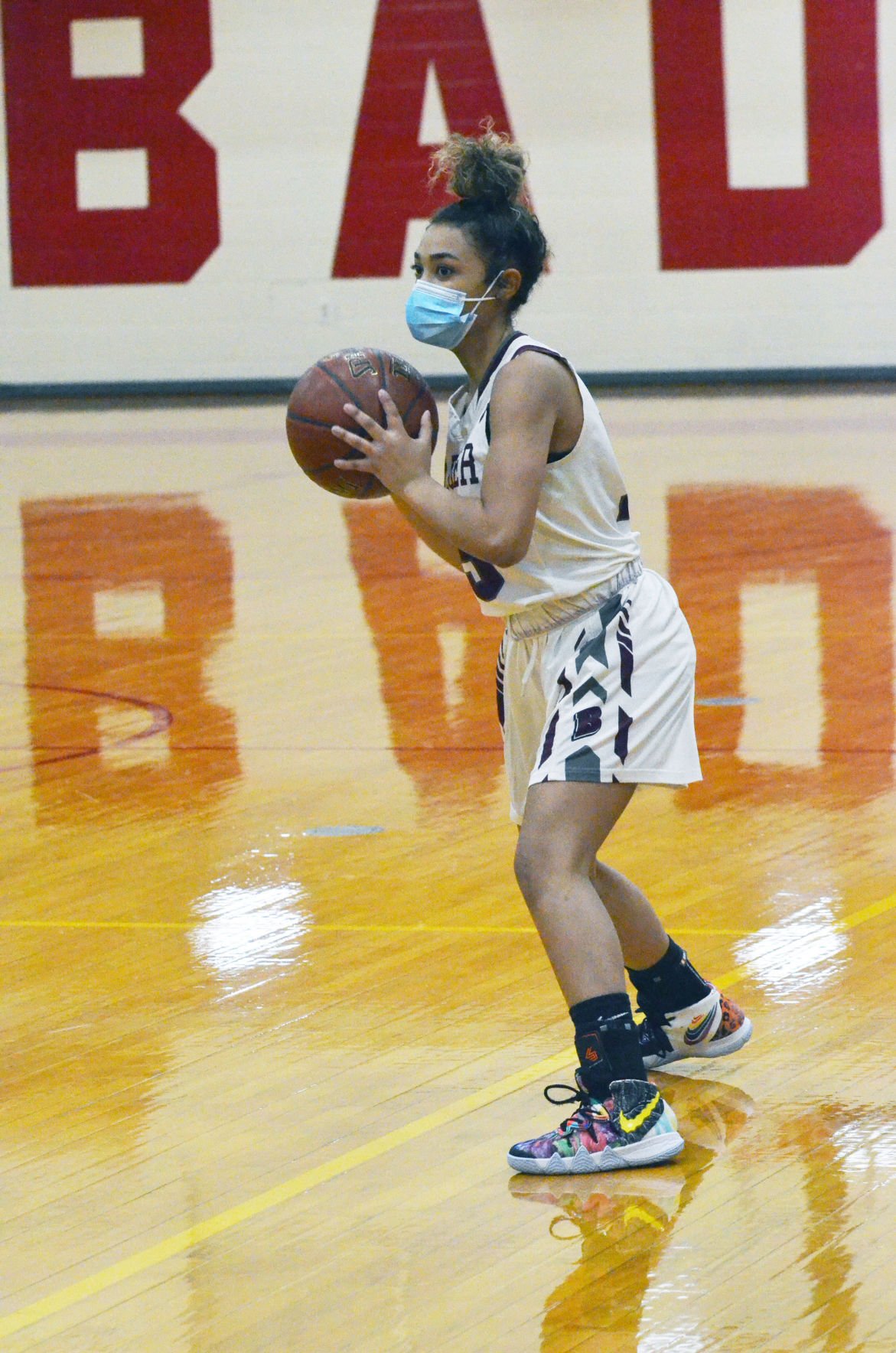 Badger sophomore guard Bella Cruz looks for a teammate to pass to in the team’s 59-39 win over Waterford on Dec. 1.