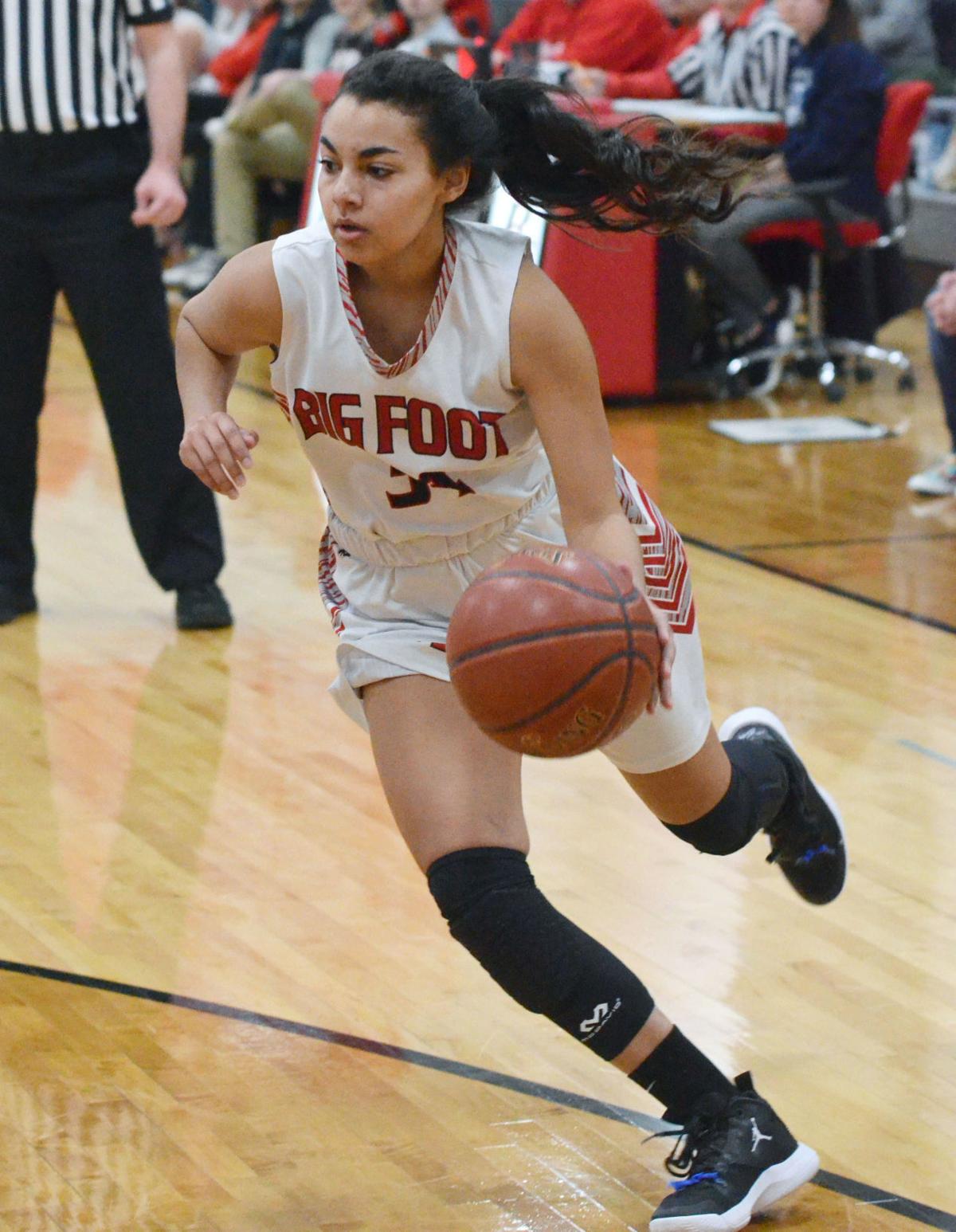 Big Foot’s Sariah Tracy, shown during a game last year, is one of the key returning players on a young Chiefs team this winter. 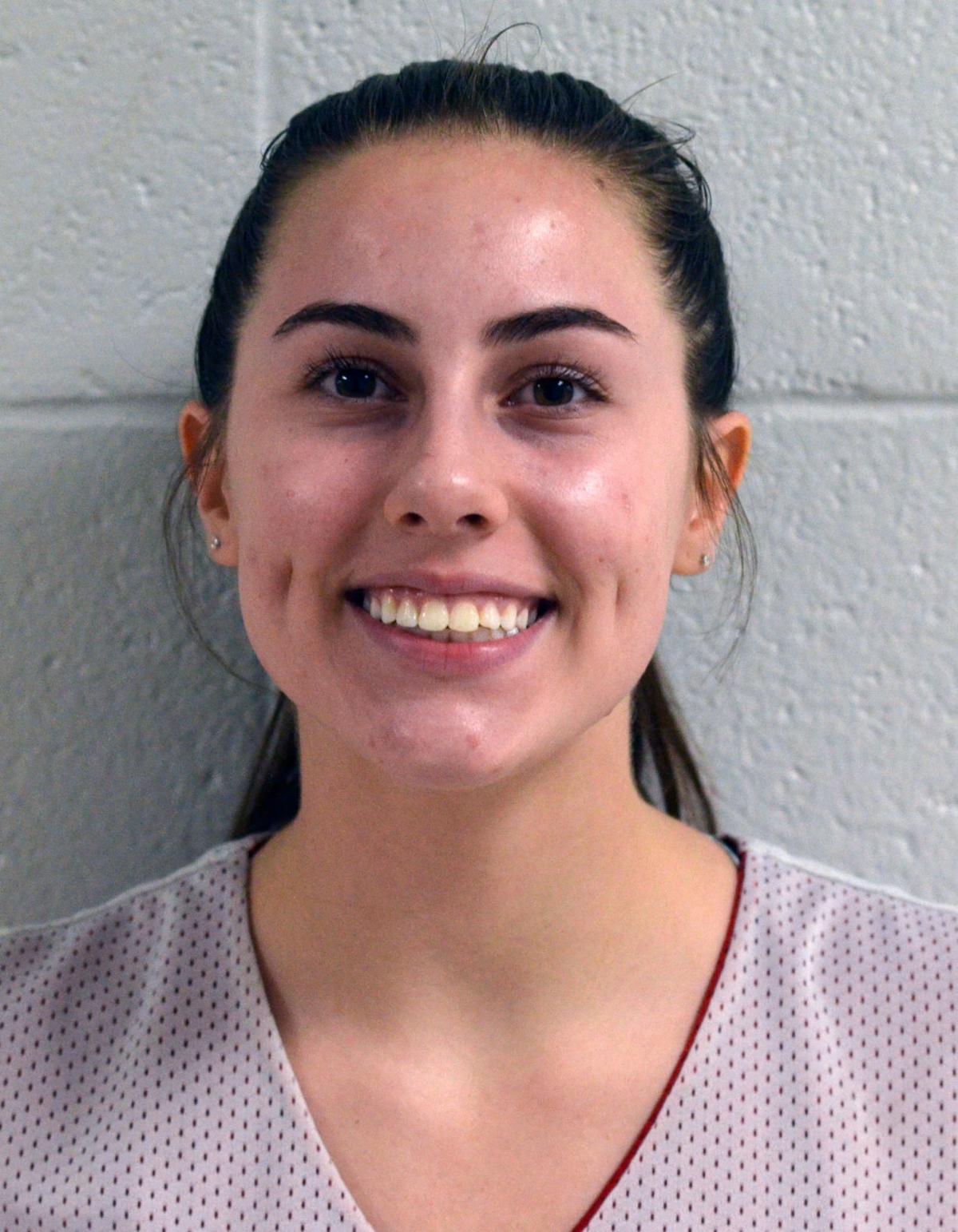 Aside from Courier, four of the next five highest scorers were also members of the Class of 2020, so the 2020-21 Chiefs will need to replace plenty of offense.

“Fill in the blank, whatever statistic you want to go with, we lost so much of it,” head coach Mike Dowden said.

The cupboard is not entirely bare. Starter Lydia Larson returns for her junior year. Larson led the team in assists with 2.2 per game, and finished third on the team in scoring with 6.0 points per game.

Seniors Sariah Tracy and Tess Gillingham also return. They came off the bench a season ago, and Dowden expects them to continue to take steps forward with more responsibilities.

The Chiefs also could have a level of chemistry and continuity that they might have lacked over the past few seasons.

Dowden is in his third year as head coach, and while previous coach Rick Schoenbeck had incredible success for the Chiefs, changing systems can take some time to adjust for players and coaches.

Now that the majority of the roster has played under only Dowden, the routine has become familiar.

“I think the good news is we have that understanding of what we need to do and how we have to go about doing it to be successful and now it’s just a matter of trying to do it on a nightly basis,” Dowden said.

Big Foot’s squad will skew younger, with only three seniors compared to nine juniors and a couple sophomores that could break into the lineup eventually.

There might be some growing pains in the early part of the season as everyone gets used to their roles, but by the end of the year and the seasons beyond, the Chiefs will have a solid foundation.

Dowden said he is not worrying himself with aiming for conference titles or state championships. Instead, he hopes that his team can overcome the obstacles of playing through a season during the Coronavirus pandemic while also improving throughout the year.

“My biggest goal for us right now is to try to find some sort of rhythm and routine throughout the season, where we can find a way to develop and grow individually and as a team,” Dowden said.

Big Foot’s Sariah Tracy, shown during a game last year, is one of the key returning players on a young Chiefs team this winter.