Photos: Motorists line up for free coronavirus testing in Whitewater

Williams Bay girls basketball bounces back with win
Share this
× 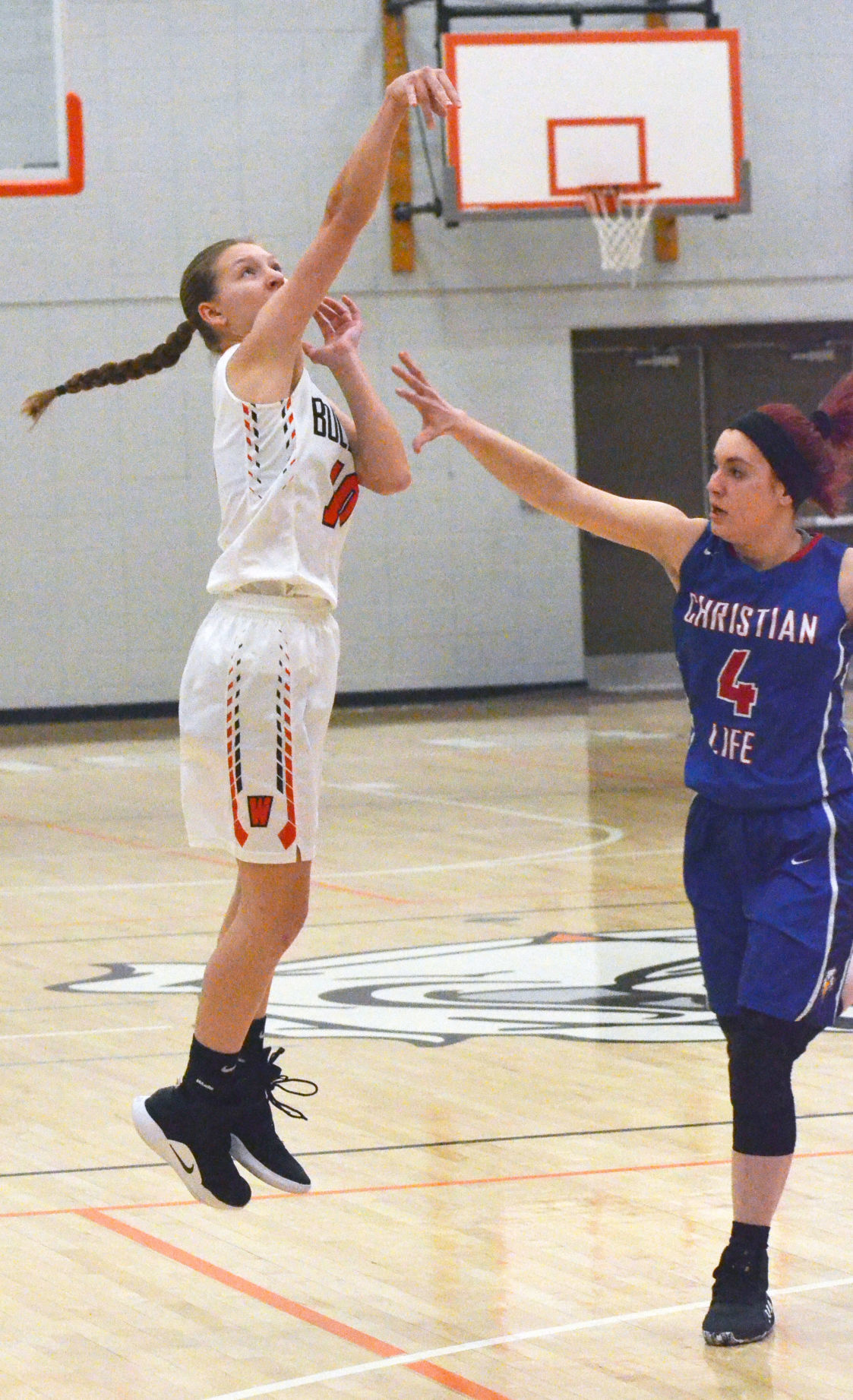 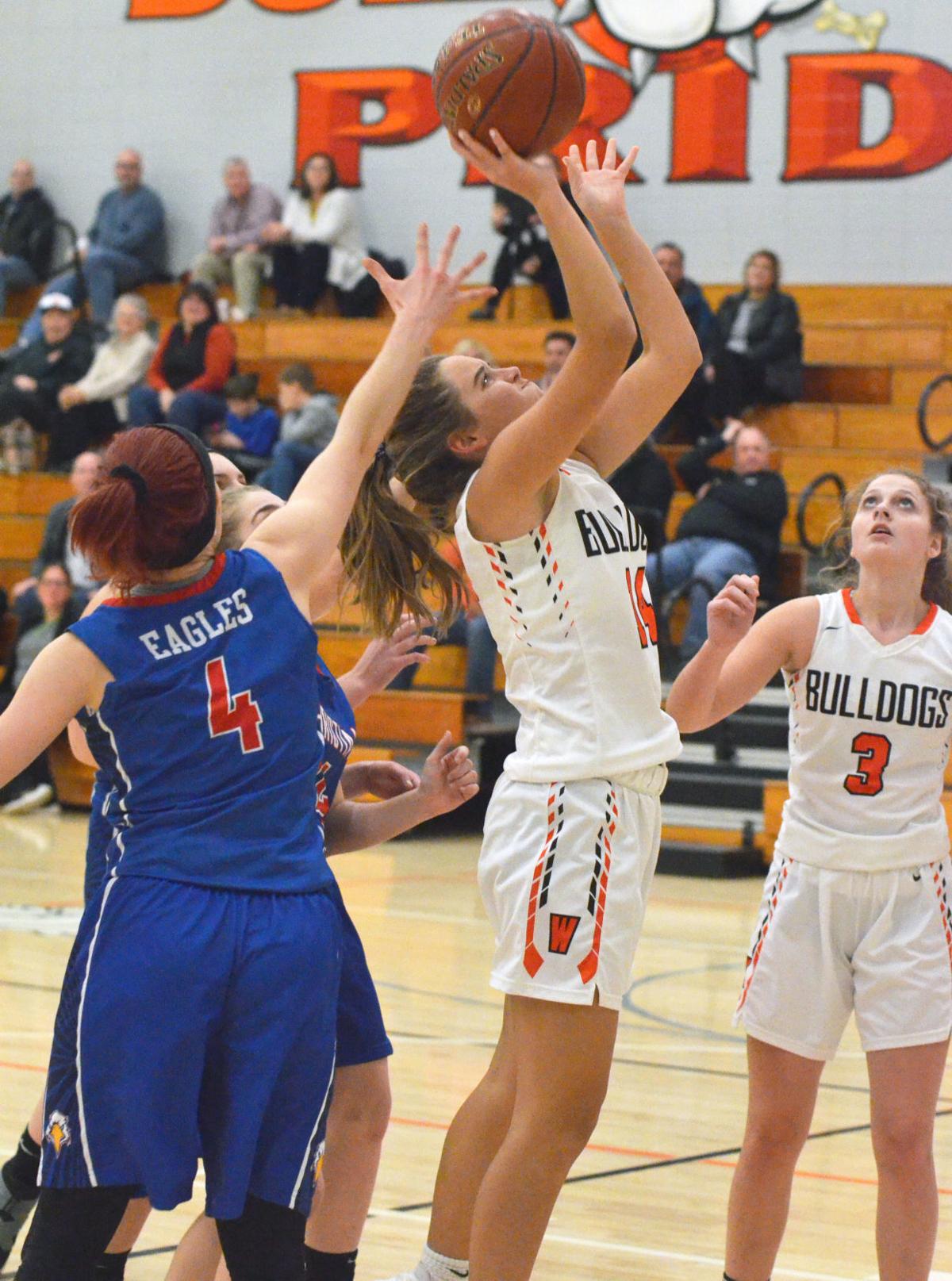 Mia Hoover, center, gets past a couple of Kenosha Christian Life defenders to get off a shot in the Bulldogs' 47-26 win. 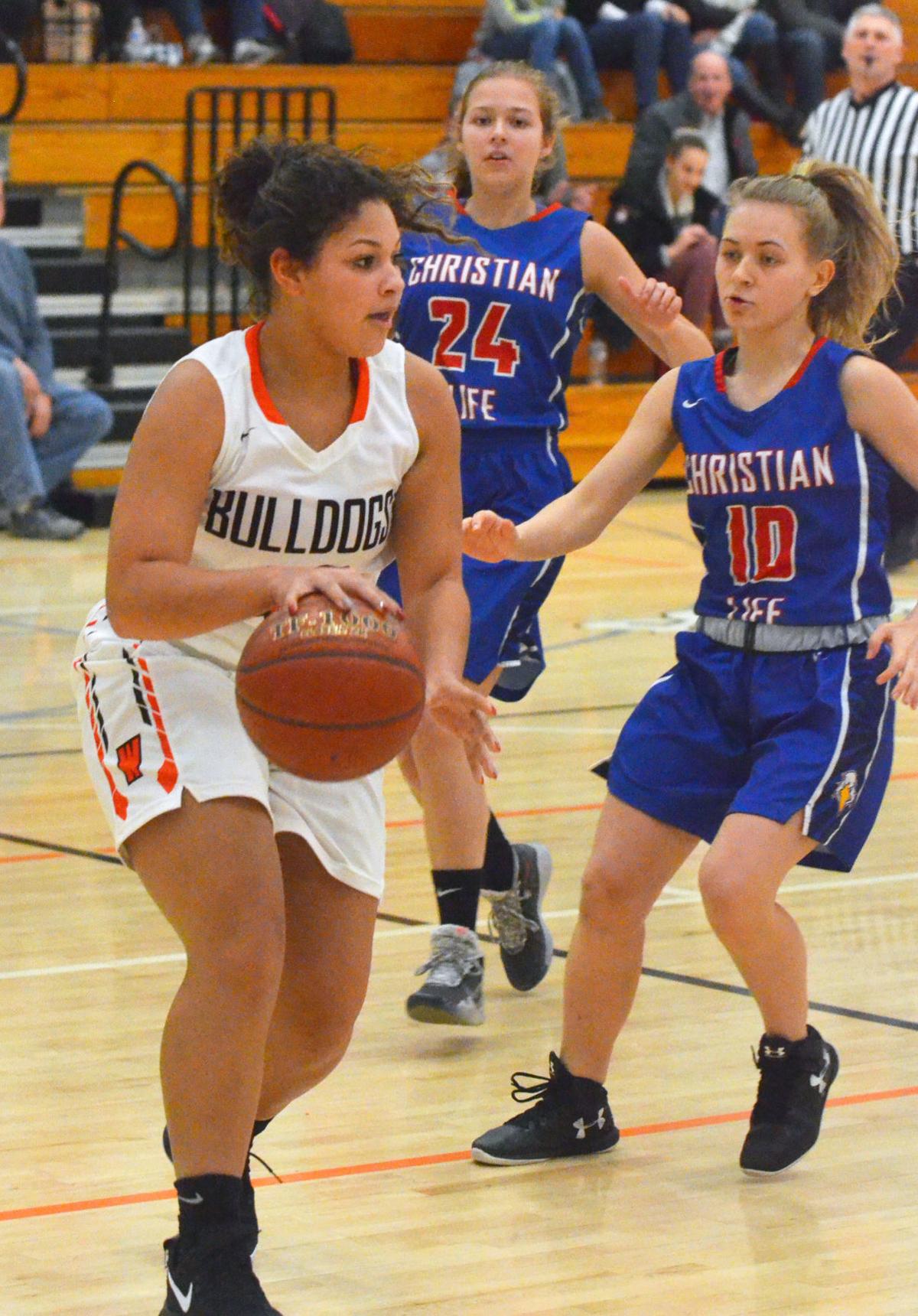 WILLIAMS BAY — When the Williams Bay girls basketball team was getting ready for its game Feb. 4 against Kenosha Christian Life, the players’ minds were still focused on their previous game.

Four days earlier, the Bulldogs had a four-game winning streak snapped in a 39-33 loss to Trailways Conference rival Palmyra-Eagle. And heading into the out-of-conference game against the Kenosha squad, Williams Bay had not gotten over the disappointment.

“To play maybe one of our best, if not our best, game of the year and come out with a loss, that was still kind of a dark cloud hanging over us,” head coach Ryan Fritz said.

However, the team shook off their blues and picked up a commanding win over the Eagles 47-26.

The Bulldogs were able to get off to an early lead, 8-0, but after a quick run by Christian Life, the score was just a 10-7 Bay lead after the first seven and a half minutes of play.

Forward Annika Pfeil played a large role in building the first-half lead, scoring 10 points for half of the Bulldogs’ total.

When play resumed, Williams Bay kept pushing the lead higher and higher, and after seven minutes of play, the deficit was up to 20 points at 31-11.

As the Bulldogs started rotating in their bench players more heavily, they still maintained a 20-point advantage, and by the end of the contest, it was a 21-point win, 47-26.

Pfeil spent much of the second half relaxing on the bench as the Bay gave their reserves some extra time, but still led the team in scoring with 13 points. Margaret Higgins was next with nine points, followed by a tie, as Mia Hoover and Annika Olson each scored eight.

The win by Williams Bay was not without its fair share of troubles, as two starters missed the game. Forward Taelyn Smith was on the bench in uniform, and could have jumped into the action if the game was closer, but was held out as a precautionary measure after hitting her head in the prior game. The injury was not too severe, though, and Smith jumped into the action in a game two nights later.

A more serious injury befell Braiya Nolan, who has been one of the team’s top scorers in each of the past two seasons. In a game a few weeks ago, Nolan injured tendons in her ankle, leading to four to six weeks in a walking boot that will keep her out through the first couple of rounds of the playoffs, at least.

Fritz was able to stay in light spirits, despite the disappointment of losing a key player, by saying she could join in if they make a deep postseason run.

“Once we go win regionals, she might be able to come back for sectionals,” Fritz said.

After picking up the 21-point victory over the out-of-conference foe, the Bulldogs were set to face Trailways Conference South division foes in three of their final four games on the year — giving them plenty of opportunities to tune up before the postseason.

“Three pretty good opponents in our conference coming up, so we’re going to be tested here over the next week and a half,” Fritz said.

The Bulldogs did not fare too well Feb. 6 in their first test, though, losing 35-25 on the road against Parkview.

It was a low-scoring game overall, but especially in the first half, as the Vikings only had a two-point advantage at the break 12-10. Parkview outscored the Dogs by more in the second half, 23-15, to seal the 10-point final margin.

Even after missing the Feb. 4 game, Smith was back to her normal form against Parkview, as she led Williams Bay in scoring with 10 points.

Mia Hoover, center, gets past a couple of Kenosha Christian Life defenders to get off a shot in the Bulldogs' 47-26 win.