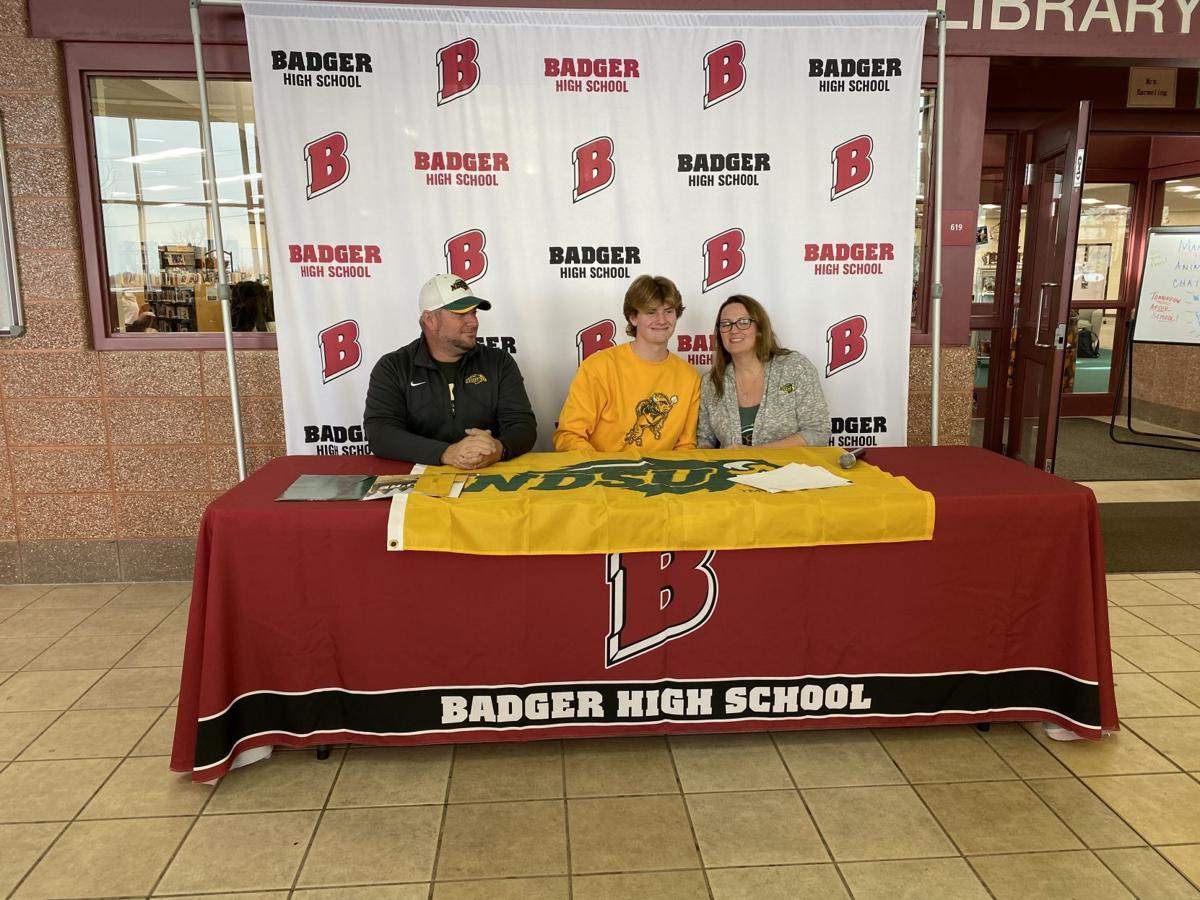 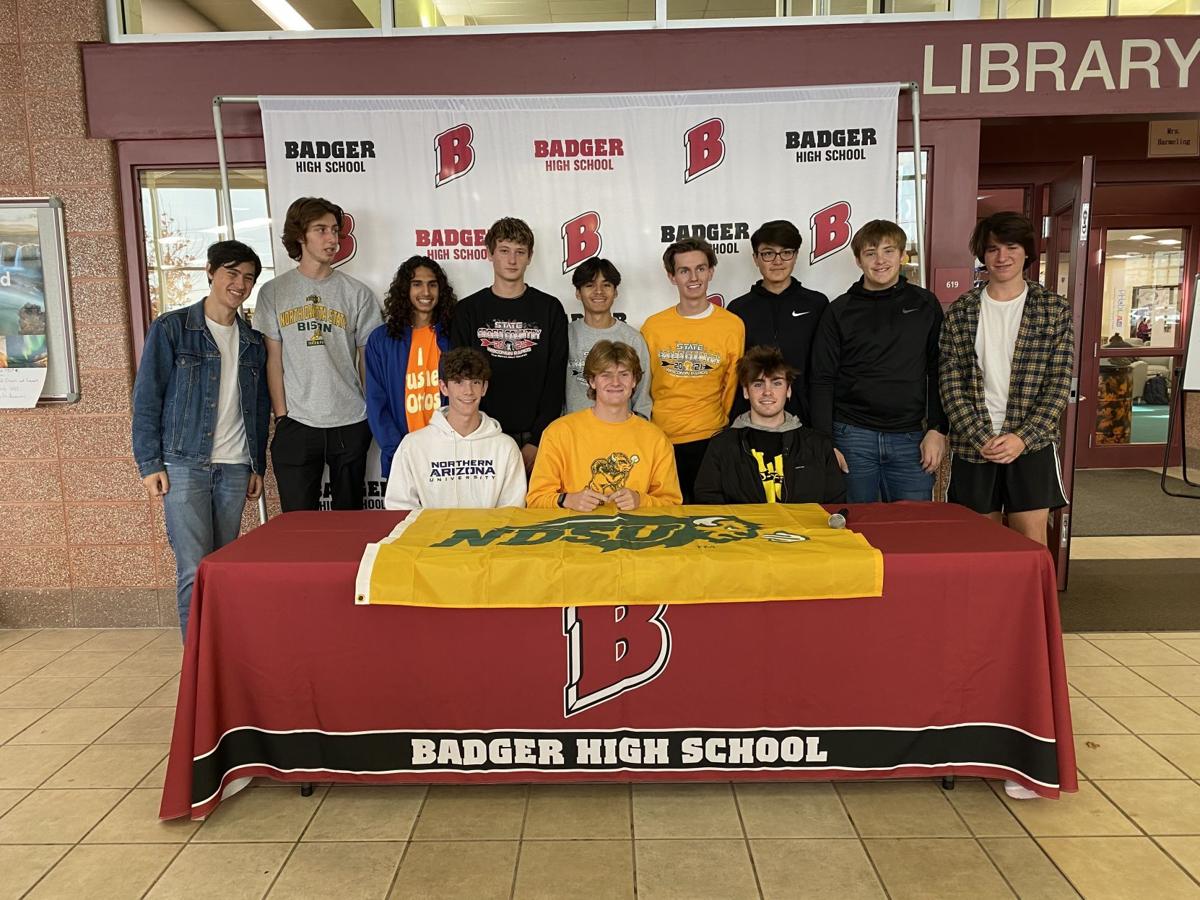 He is the first runner in Badger School history to sign with a Division 1 college.

“This is phenomenal. I couldn’t have done it without my coaches and the whole team,” Demetrius Farmakis said. “I’m very honored by the efforts that we have all done together to be able to sign. It’s awesome, I’m very happy.”

He received both athletic and academic scholarships to attend NDSU. Demetrius will be enrolling in Nursing program in the fall of 2022.

“It’s a very tough major, but I think I can manage it with running,” Demetrius said.

Both his mother, Colleen Farmakis and Demetrius loved the opportunity that NDSU provided in the classroom and athletically.

“The campus is beautiful. They have a lot of facilities, but also a great nursing facility,” Colleen Farmakis said. “It’s state of the art.”

While school always comes first, Demetrius couldn’t be more excited to be a part of the Bison cross-country team beginning in the fall of 2022.

“They have a new coach, Dennis Newell, is a phenomenal guy and he brings runners to the next level,” Demetrius said. “That’s something I’m really excited about with him.”

Demetrius finished 12th in the state at the cross country state championships back on Oct. 30 in Wisconsin Rapids with a time of 16:11.

According to Badger cross country coach Mike Bustcher, Demetrius saw nearly a four-minute drop in his time as a freshman from around 19 minutes to a record of 15:45 as a senior.

“I don’t think they (NDSU) realizes how good of a person they got on top of it,” Butscher said. “He cares about his team much more than his own accolades.”

Needless to say, his parents are very proud.

“He’s (Demetrius) has worked really hard for this not just athletically, but academically as well,” Colleen Farmakis said. “He has put in a lot of work over the past four years to get to this point. We are extremely proud of him.”

Opinion: Sean Payton's last season with the Saints was a success

24 years later, Jamaica's four-man bobsleigh team is back at the Winter Olympics

24 years later, Jamaica's four-man bobsleigh team is back at the Winter Olympics

Watch now: State Journal columnist Jim Polzin on whether this Wisconsin men’s basketball team reminds him of the 2013-14 group

Watch now: State Journal columnist Jim Polzin on whether this Wisconsin men’s basketball team reminds him of the 2013-14 group