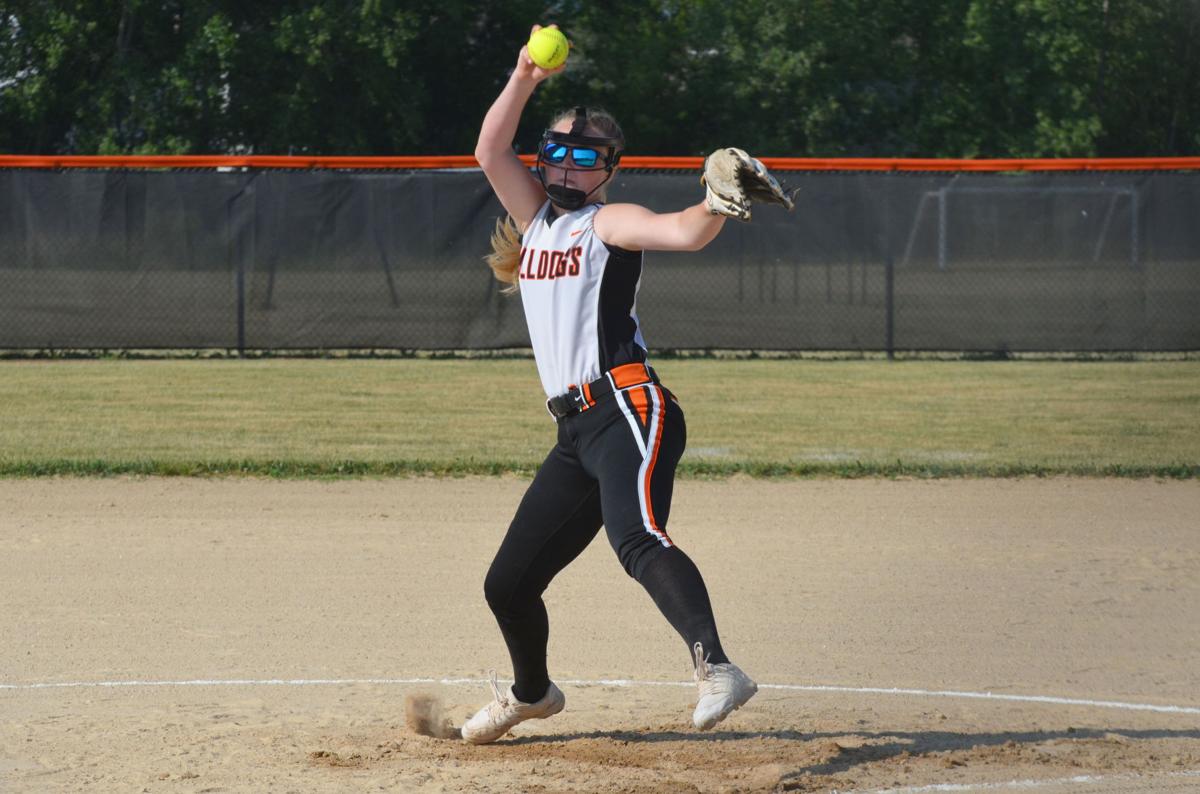 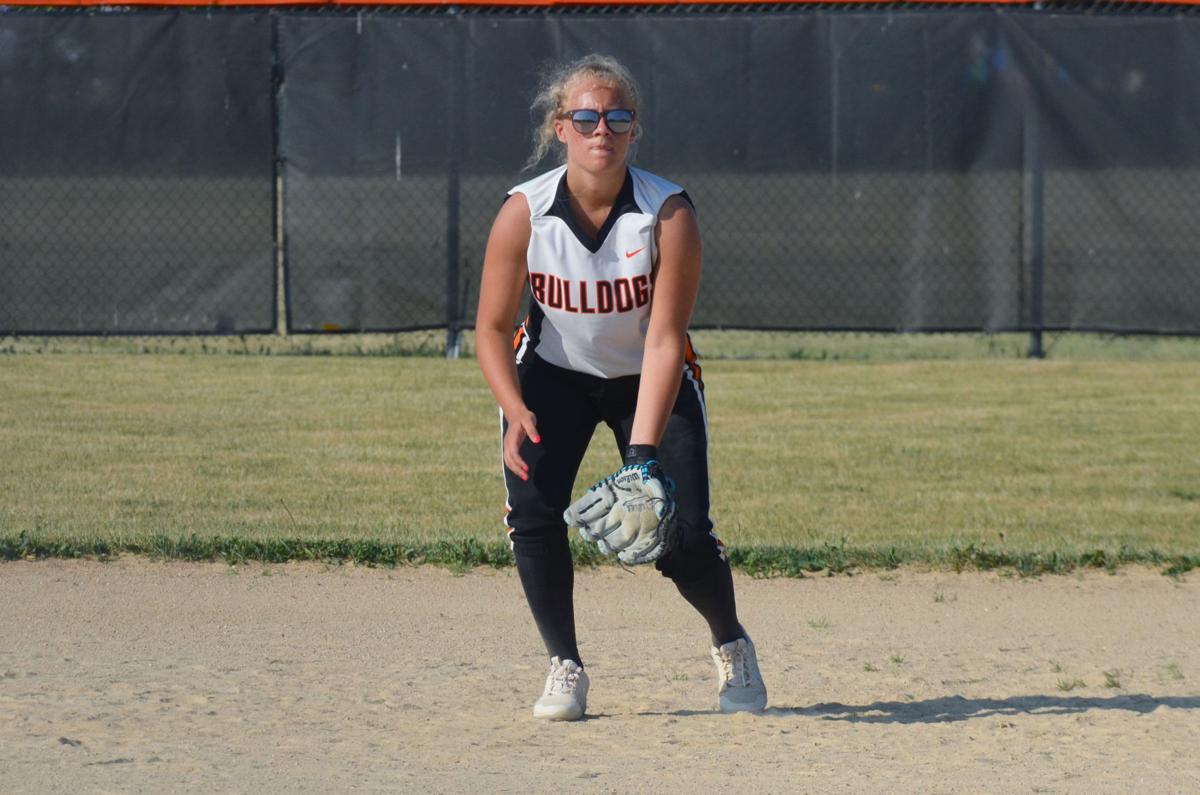 Junior infielder Vinny Robbins gets ready to field during a play in Williams Bay’s 18-9 playoff win over Kenosha Christian Life on June 9.

WILLIAMS BAY — There was a crossroad in front of the Williams Bay softball team early in their first-round playoff matchup against Kenosha Christian Life on June 9.

The Eagles got off to a hot start, scoring four runs in the first inning, then two more in the top of the third for a 6-0 lead. As the Bulldogs were preparing to go to the plate in the bottom of the frame, head coach Jeff Kuespert put things simply in his pre-inning huddle.

“You’ve got two options right now: you can roll over and die and end the season, or you can fight and play on,” he said.

The players chose the latter.

Williams Bay scored three runs in the third inning, then 10 in the fourth as they defeated Christian Life in an 18-9 playoff victory to survive and advance.

Despite their early deficit, the Bay’s team leaders still believed their team was in the driver’s seat thanks to their sheer will to keep playing.

“All of us seniors, we don’t want to be done yet. We were confident in our team,” senior shortstop Austyn Hartwig said.

The fourth inning was a masterclass of baseball for the Bulldogs, as 14 batters came to the plate to score 10 runs. There were a handful of defensive mistakes, to be sure, but Williams Bay forced those mistakes with a blend of hard-hit balls and aggressive base running.

At the end of the fourth, the Dogs had a 13-6 lead, but the game was far from over. If WBHS could pull off a massive rally, so could their opponents.

“At that point we were feeling pretty good, but they didn’t die either,” Kuespert said.

Sure enough, in the top of the fifth inning, Kenosha scored three runs to narrow the deficit to 13-9. Williams Bay bumped their lead back up to seven runs in the bottom of the frame, though, thanks to a two-RBI single by senior outfielder Meg Sorenson and a one-RBI single by junior infielder Emily Gauger.

The Bulldogs kept the Eagles off the board in both the sixth and seventh innings, while the home team added a pair of insurance runs in the sixth to bring the final score to 18-9.

It was a well-rounded effort by the Bulldogs where every player made it on base at least once, with nearly every player scoring or driving in a run as well.

“Credit to all those kids, it was a true team win, every one of those kids contributed in a big way,” Kuespert said.

While the eight-seed Bulldogs were able to dispatch nine-seed Kenosha Christian Life, the Bay was matched up with a much tougher opponent in the next round when they will travel to face top-seeded Racine Lutheran on June 14.

Following their first-round offensive explosion, the Bulldogs felt they had the momentum they needed to take on one of the area’s best squads.

“We’re going to have to take that energy into the next game,” Sorenson said.

The season came to an end in the second round, though, as the Bulldogs lost a 10-3 road game against Racine Lutheran.

Williams Bay’s softball team was the only local squad to pick up a win this past week, with Badger and Big Foot losing a combined 10 game.

WILLIAMS BAY — Williams Bay’s softball team always plays a tough slate of Trailways Conference games each season, but the Bulldogs hosted a to…

Big Foot and Williams Bay’s softball teams both played 5-4 games on May 25, with the Bulldogs winning against Fall River and the Chiefs losing…

Junior infielder Vinny Robbins gets ready to field during a play in Williams Bay’s 18-9 playoff win over Kenosha Christian Life on June 9.