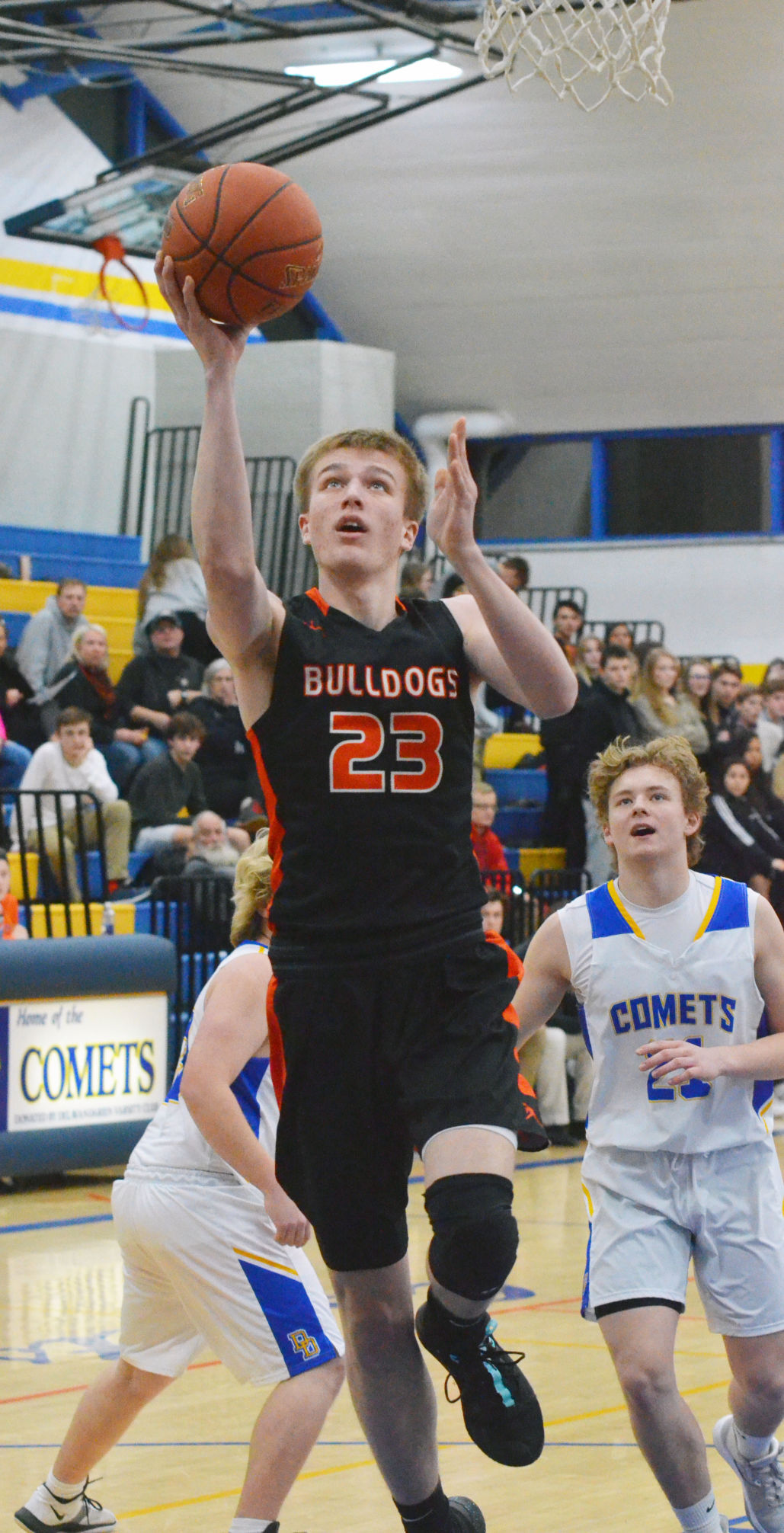 Williams Bay’s Ben Venteicher looks to be on of the best players in the Lake Geneva region heading into the season. 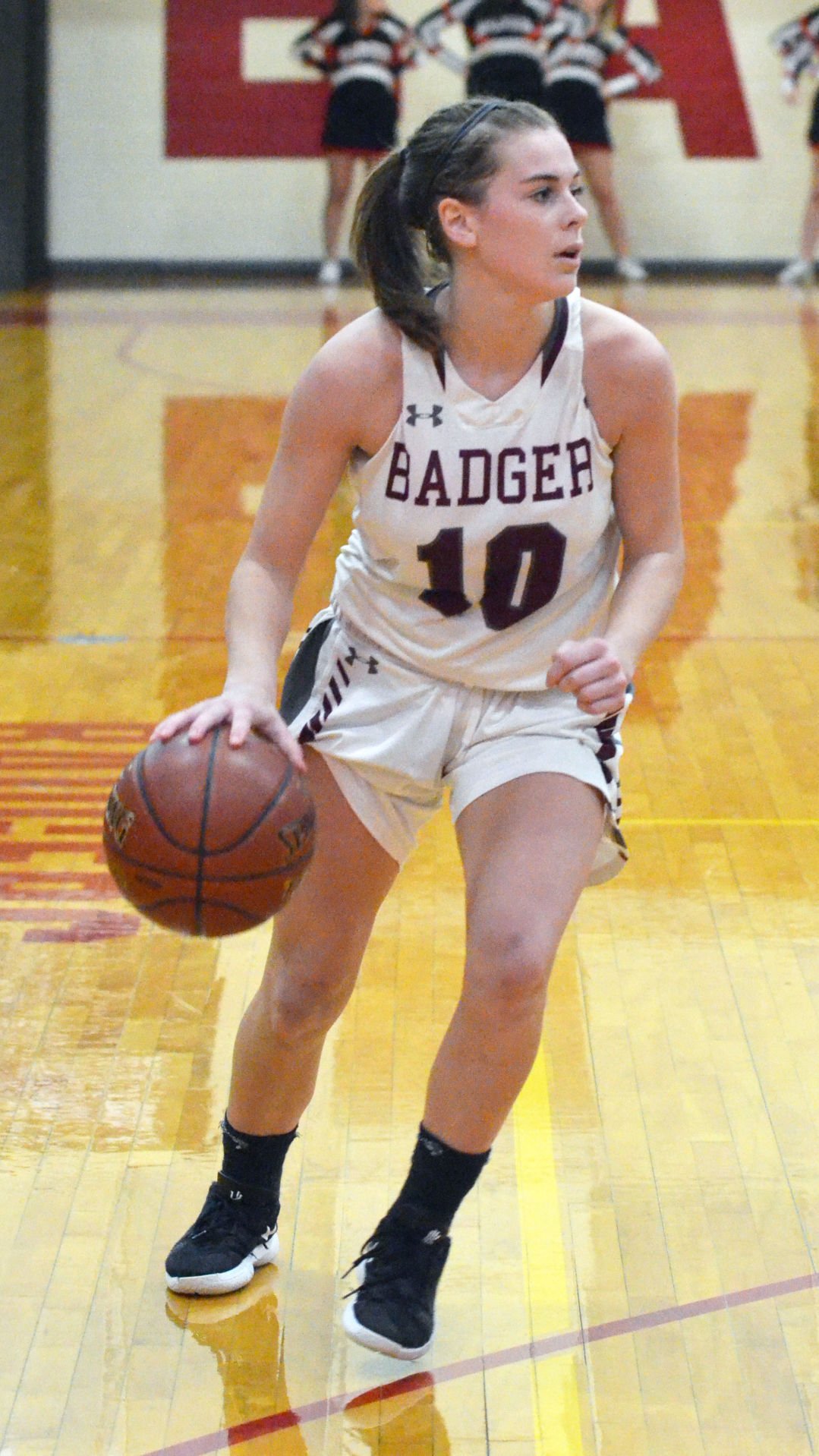 Point guard Ashlyn Welch was one of the most important players on last year's Badger girls basketball team that won a conference title.

With basketball practices getting started this week, and games coming soon too, it will not be long before high school basketball fans across the Lake Geneva region will have plenty of action to occupy their time. Here are some of the area’s top players to keep your eyes on this year.

Heading into his third season in the starting lineup for the Bulldogs, senior Ben Venteicher looks to be one of the most well-rounded players in the area. The post player led Williams Bay in scoring, rebounding, steals and blocks in the 2019-20 season, and with another year of practice, his skills should be even more refined than a season ago.

The next two spots on the list are essentially 2.a. and 2.b., as seniors Ashlyn Welch and Macie Todd are two critical components on the Badger girls squad. A starter since her freshman season, Welch has always been an aggressive defensive guard that turns small mistakes by the opposing offense into easy baskets for the Badgers on the other end. In her junior season, Welch was second on the Southern Lakes Conference champion team with 12.1 points per game while setting a school record with 4.8 steals per game.

With Welch being the Badgers’ best guard, Todd serves as the team’s top post player. Todd made great strides from her sophomore season to her junior year, leading the team in scoring with 14.1 points per game while also serving as a stout defender in the paint. She also set a school record with 11.9 rebounds per game. If she makes similar strides heading into her senior season, it would go a long way to elevate the Badgers’ chances of a deep playoff run.

Last year’s Big Foot boys team was loaded with talented sophomores, and none of them shined brighter than Gus Foster, who led the team in scoring with 15.4 points per game. Foster was still a bit of a raw prospect a season ago, and the extra year of experience and practice will likely turn him into an even more dynamic threat for the Chiefs this winter.

If there is one player that has the best chance to outperform their preseason ranking by the end of the season, it is junior Ty McGreevy. The Badger guard was the second option on the Badgers a season ago, as teammate Grant DuMez was not only the team’s offensive centerpiece but the best player in the area. With DuMez graduating last spring, McGreevy will have an opportunity to hoist up even more shots, and his 15 points per game average from last season could soar if he seizes that chance.

While Venteicher might be the Bulldogs’ top player, senior point guard Jaden Randall can take over a game by himself as well; the two players each had a single-game high of 27 points in 2019-20. Randall is a speedy sharpshooter that can dish assists and hit three-pointers as well as any player in the area, with a motor that perfectly fits in the Williams Bay fast-break offense.

In her junior season, Ava Schulz was the hero of the Badger girls’ first playoff win in five years, scoring 25 points including four second-half three-pointers in a 66-60 win over Madison East. That performance was one in a long line of clutch late-season performances as Schulz averaged 13.7 points in her last 10 games after scoring 8.0 points per game in the first nine competitions. If that second-half trend continues this winter, the Badgers could have one of the most dominant three-headed offensive monsters in the state.

When she has been healthy on the court, Braiya Nolan has been not only the best player on the Williams Bay girls team, but also one of the top in the area. However, her sophomore and junior season both ended early due to injuries. If the Bulldog guard is able to make it through a full season, the sky is the limit.

As a sophomore last season, Lydia Larson was a steady player, finishing as the third-highest scorer for the Big Foot girls with an average of 6.0 points per game. However, the Chiefs lost five of their top six scorers, including the top scorer in school history Reagan Courier, so there will be plenty of shots up for grabs this year if Larson is willing to take them.

On a young Big Foot boys team last year, forward Tyler Wilson was able to stand out thanks to his ability to consistently score, netting at least 10 points in half the team’s games and hitting 20 or more points twice as well. Also serving as a tough-nosed rebounder and post defender, now that he has a year under his belt Wilson could grow into an even stronger player in his second varsity season.

While they did not crack the top 10, five more players to watch in alphabetical order are: Tyler Deleskiewicz for the Badger boys, Eli Greco for the Big Foot boys, Margaret Higgins for the Williams Bay girls, Tyler Jacob for the Faith Christian boys and Sariah Tracy for the Big Foot girls.

+8 Photos of the area's top 10 basketball players in action

Despite an atypical fall sports season, nine Williams Bay athletes were able to earn all-conference accolades for their performance on the fie…

Bradford, Tremper and Indian Trail will have to wait until the new year for their winter sports seasons to get fully underway.

Badger’s swimming program has produced plenty of talented teams over the past few years, with conference and sectional titles lining the troph…

Column: WIAA's football playoff system has its share of flaws

After months of discussions, delays and then eventually some games, the high school football season is finally nearing its conclusion.

This year's football playoffs will be different than in years past, with no champion being crowned at the season's end.

Badger’s football season came to a close in the first round of the playoffs, losing a road game 20-13 to Brookfield East.

Badger, Big Foot and Williams Bay will all be participating in the winter sports seasons starting on Nov. 16.

The Badger football team lost by the narrowest of margins in a 34-33 defeat on the road against Elkhorn on Oct. 30.

Start of the second half for Badger vs Brookfield East

Williams Bay’s Ben Venteicher looks to be on of the best players in the Lake Geneva region heading into the season.

Point guard Ashlyn Welch was one of the most important players on last year's Badger girls basketball team that won a conference title.