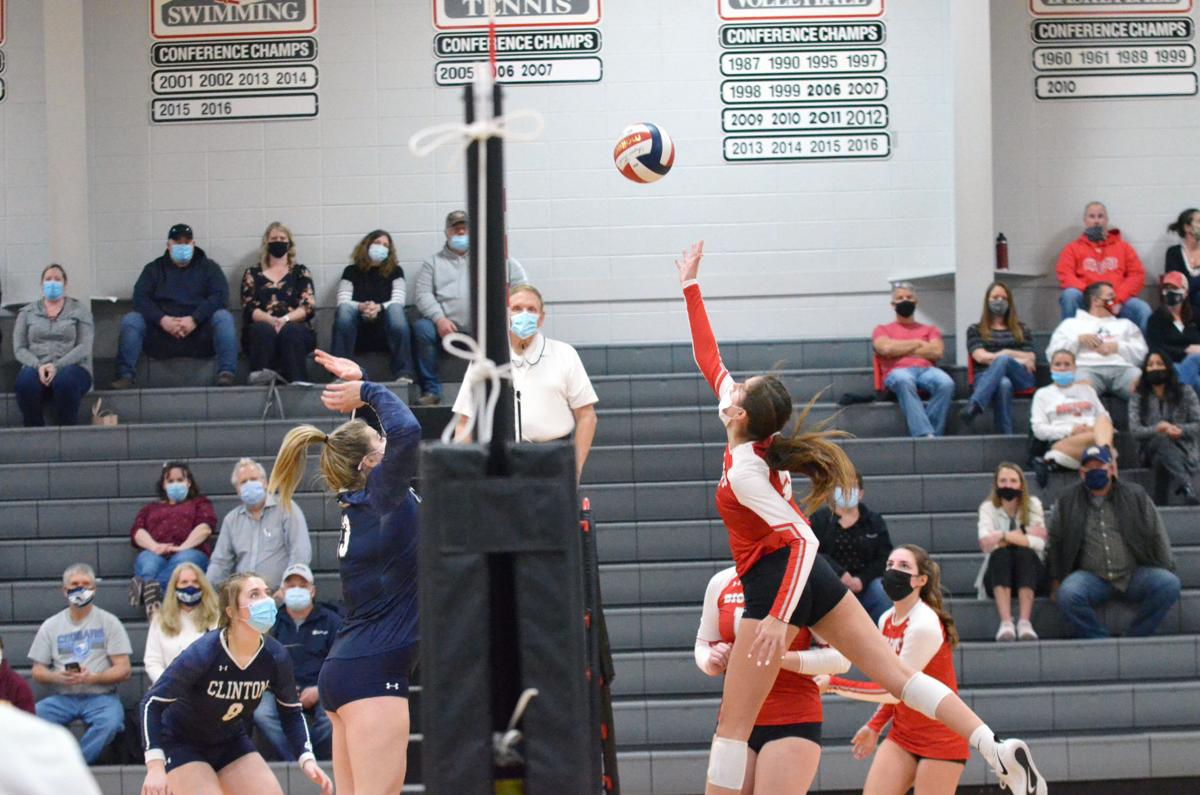 Big Foot junior Mya Burdick stretches to hit a ball in the Chiefs’ 3-0 sweep over Clinton on March 9. 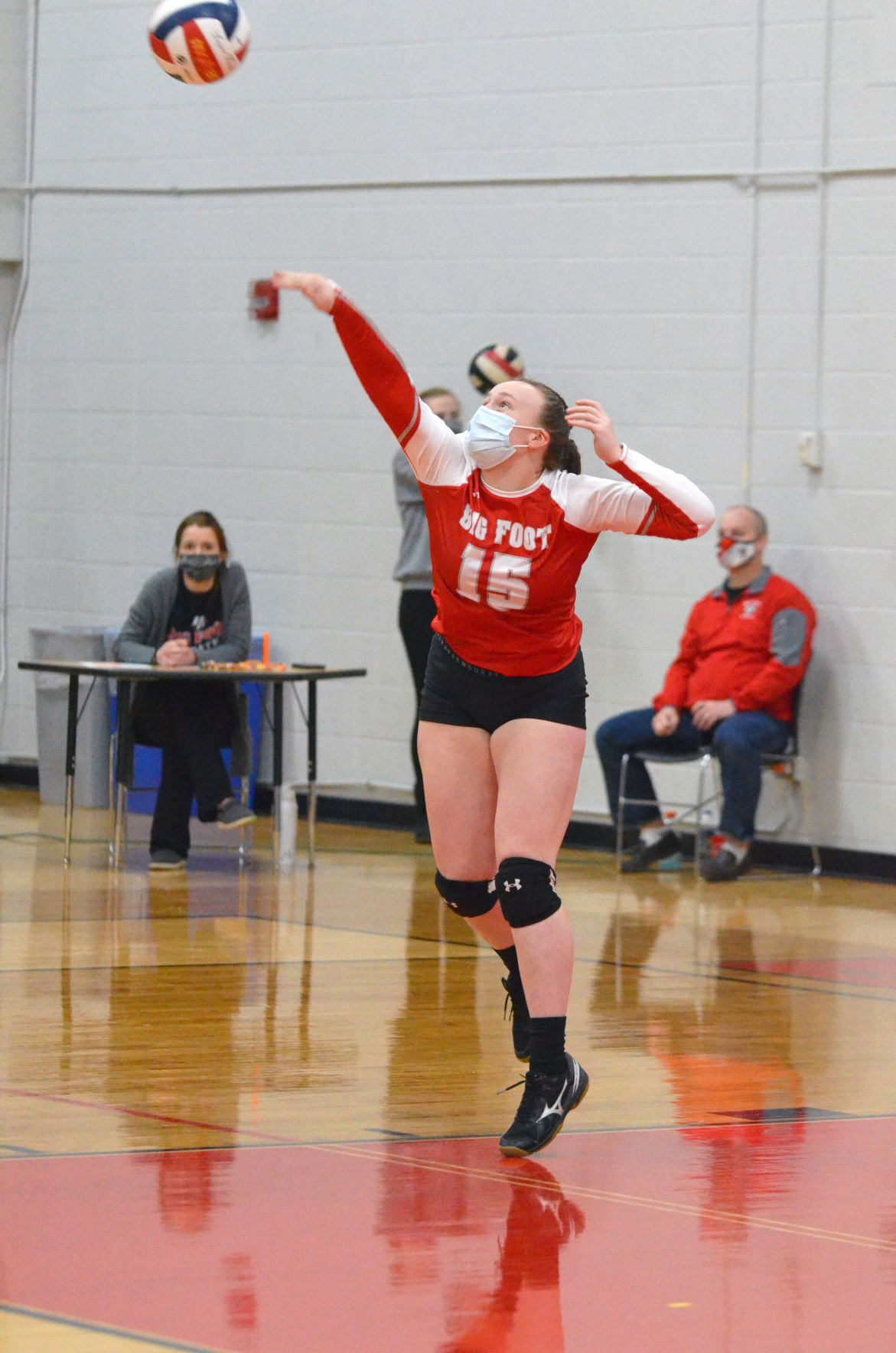 WALWORTH — In Big Foot’s first two games of the year, the Chiefs fell behind early in the first set and had to try to fight from behind to regain momentum.

That was not an issue in their match on March 9, as the team gained control early and cruised in a 3-0 sweep against Clinton.

“We had the energy and the excitement, we set the pace. We haven’t had that, we’ve been playing from behind,” head coach Caitlin Dowden said.

From the get-go, Big Foot junior hitter Mya Burdick was in peak form, ferociously spiking the ball to help fuel an 8-0 run to start the game for the Chiefs.

Burdick is a key cog in the Big Foot offense, and Dowden says that making sure the junior gets a few early kills is important for the team’s success.

“It’s intimidating when she bounces that ball. You get a couple of those early, and then every time she goes to swing you’re on your heels,” Dowden said. “We have to establish Mya early, because that frees up everybody else.”

After grabbing the early eight-point lead, the Chiefs maintained it for the rest of the set before going off on a seven-point run near the end to close out a 25-11 win.

Clinton started well in the second set, taking a 3-0 lead. However, Big Foot won nine of the next 11 points to go ahead 9-5 and the Chiefs never looked back.

With a 2-0 set lead, looking convincing in both of the wins, Dowden started to sub in players from her bench more frequently in the third period.

Fostering depth is important every year, but in a season with as much uncertainty as this one, doing so early in the year is even more crucial.

“When you get those opportunities, we have to get them in, get them comfortable, because you never know when that time is going to come,” Dowden said.

Despite the rotational shake-up, the Chiefs still played as well as they had all match, winning 25-15 to complete the 3-0 sweep over the Cougars.

Burdick was tied with senior Kelly Kline for the team lead in kills, with each player scoring 12. Senior Greer Lettenberger also played a key role offensively with 29 assists and five service aces, both of which led the team.

Big Foot junior Mya Burdick stretches to hit a ball in the Chiefs’ 3-0 sweep over Clinton on March 9.