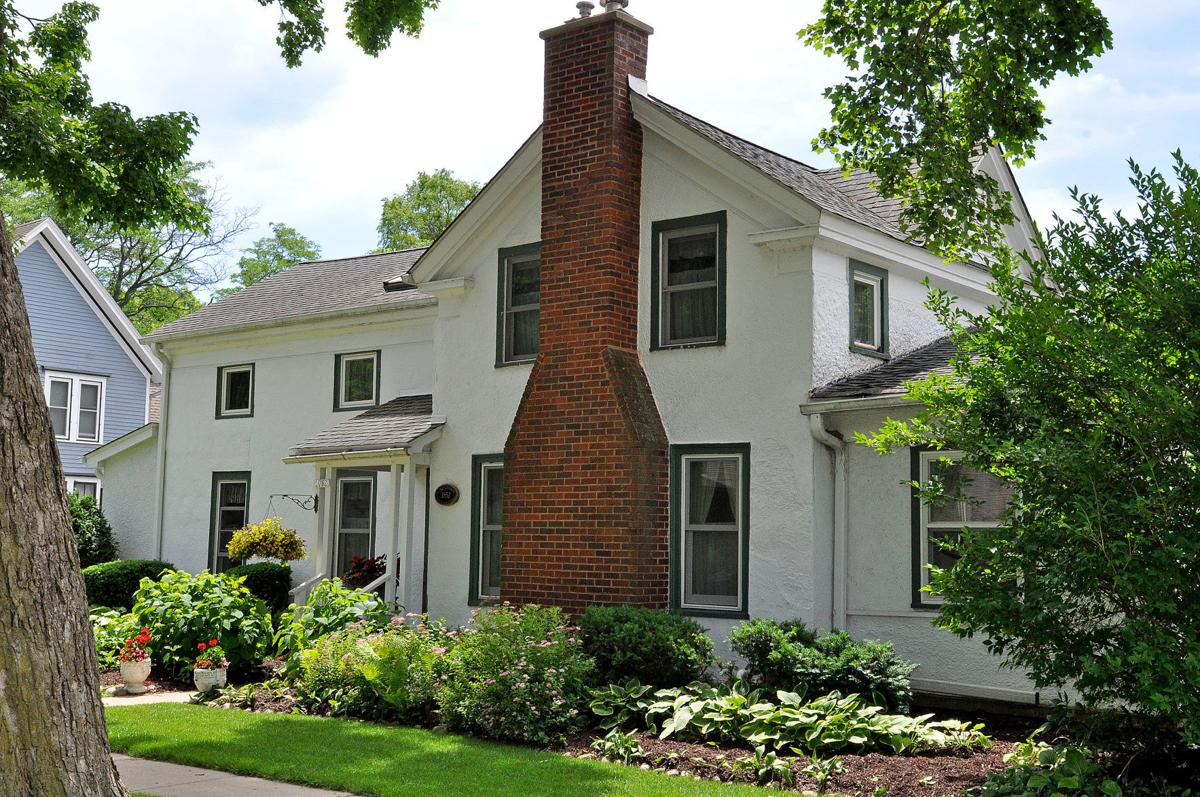 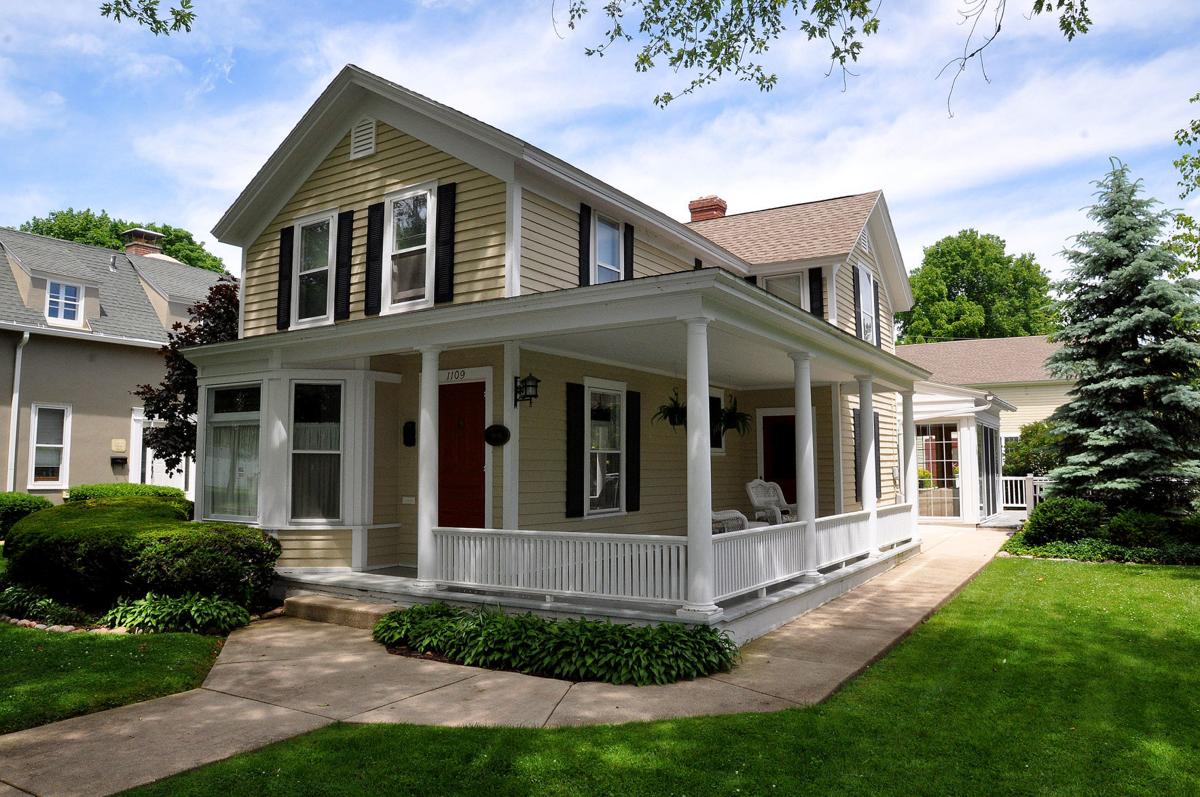 Built in 1855, the home at 1109 Wisconsin St., owned by local architect and Lake Geneva Historic Preservation Commission Chairman Ken Etten, once belonged to another local architect — the one who designed the Riviera. (Photo by Steve Targo/Regional News)

The Maxwell Mansion, 421 Baker St., was constructed in 1855 by a Chicago doctor, but is currently used as a hotel, restaurant and tavern. 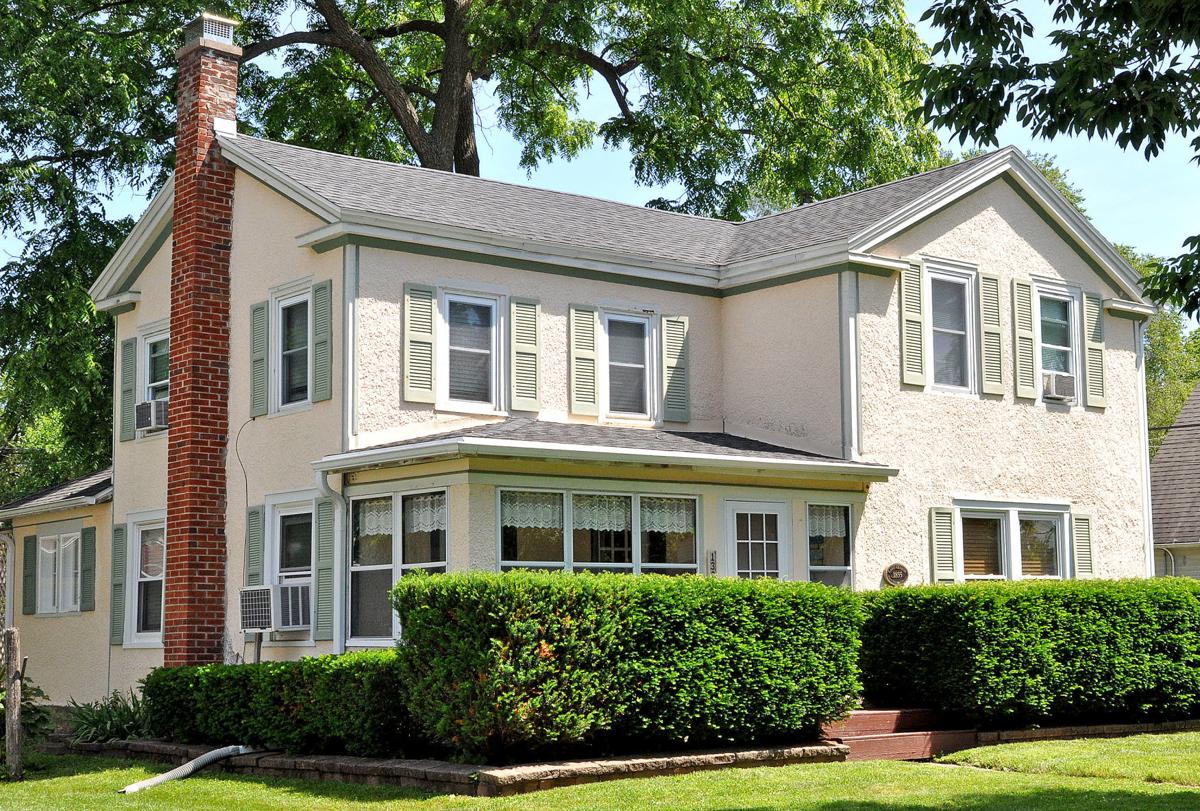 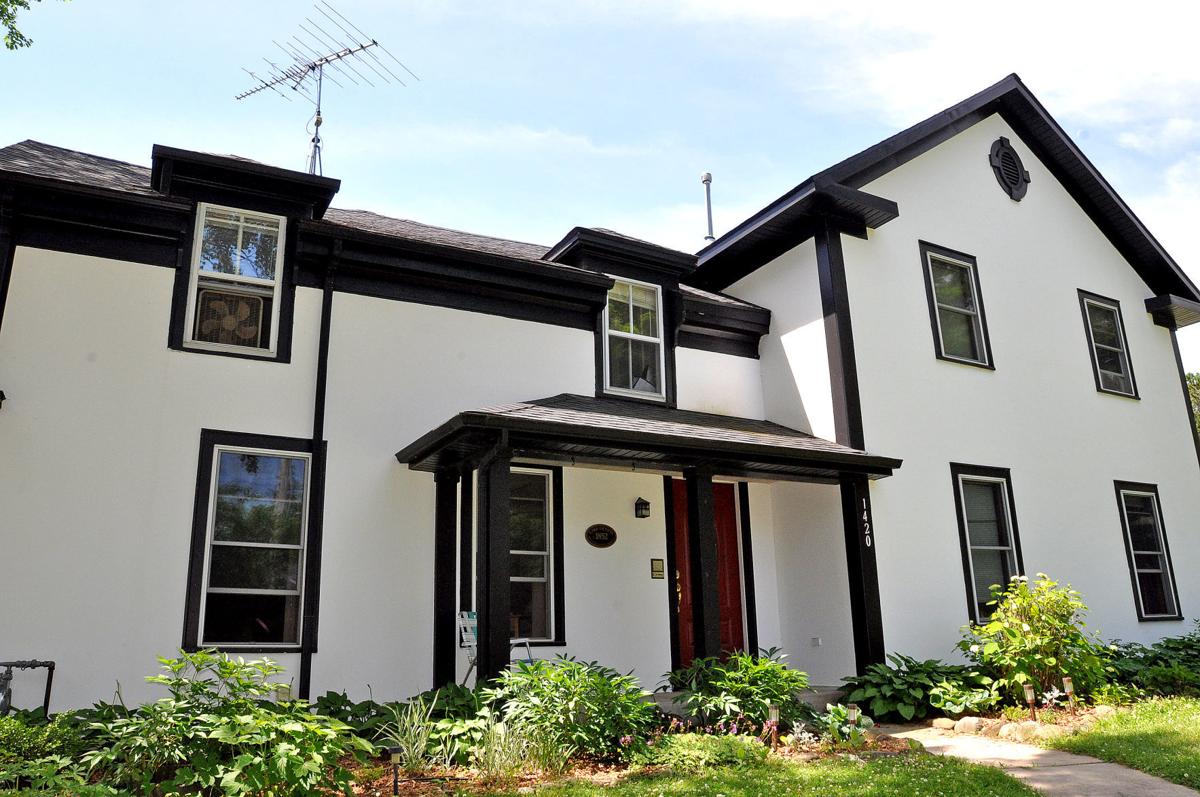 This house at 1420 Dodge St., Lake Geneva, had been added onto since it was first built in 1852. (Photo by Steve Targo/Regional News)

Some of Lake Geneva’s oldest buildings date back 170 years.

Most of them are within the city’s Maple Park Historic District.

Within the 15-block area are numerous homes that bear oval plaques from the Lake Geneva Historic Preservation Commission, which helped create the district.

Generally bound by North, Cook, Main and Maxwell streets, Maple Park was added to the U.S. National Register of Historic Places in 2005.

The commission plaques also adorn structures throughout Lake Geneva, even outside the district.

But Maple Park has many of what local historian and commission member Patrick Quinn believes are Lake Geneva’s oldest remaining buildings.

He said very few homes in the Maple Park Historic District have ever been torn down.

“These houses are sturdy houses, well-built by excellent carpenters, including O.T. LaSalle, who is buried in Pioneer Cemetery,” said Quinn.

What Quinn believes to be the oldest house, however, lies outside the district, as do others on the following list of 10 of Lake Geneva’s oldest living structures.

Note: The dates in the list were either provided by Quinn or taken from commission plaques on the buildings.

Today, the Maxwell Mansion is a hotel, speakeasy, lounge and more.

Its owner, Andrew Fritz, said the building has had three significant developments during its long life.

He believes the first occurred during the 1890s, when a porch was installed on the northwest corner of what is today the Apothecary.

The second was the addition of a few rooms on the east side of the structure, during the 1920s.

In the 1930s, the current front porch was established as the house was reset to have guests arrive in the south side.

Formerly, they entered from the north.

As for 518 Maxwell St., Quinn said the building was originally built as a farmhouse, back when Lake Geneva was the village of Geneva.

Almost 38 years ago, Etten bought the house at 1109 Wisconsin St. because he was looking for an inexpensive fixer-upper in Maple Park, a place where he could store a small sailboat.

It sat on the market for 1-1/2 years, he said, recalling the peeling paint, foot-tall grass in the back yard and lime green and yellow rooms of the place.

“The barn in the back was slightly tilting and had a dirt floor, but it had previously been converted to a three-car garage, so there was enough space for my car and the boat,” said Etten.

He said James Roy Allen, the architect of the Riviera, 812 Wrigley Drive, Lake Geneva, had once owned the house.

Since his purchase, Etten completed numerous do-it-yourself projects on the place, plus working with local contractors to upgrade the house and the barn.

He said he has added a bathroom, remodeled the kitchen, replaced the fireplace and boiler, installed a new roof, repainted, added a sun room and more.

“A few years ago, we raised the barn 3 feet out of the ground, added a new foundation and concrete floor, straightened it out, added a new roof and repainted it,” Etten said. “The joys of owning a historic old house!”

After moving into 1420 Dodge St. in 1990, Theresa and Bill DuMez nearly doubled the size of the home with an addition.

Theresa DuMez said she was not aware of how old the home was until she met Mary Tanner, currently an emeritus commission member who began the mission to create the Maple Park Historic District in 1996.

“We stayed here because our neighbors are beautiful people and it’s a great place to raise kids,” said Theresa.

According to the commission’s Walking Tour app, the house has belonged to notable citizens in Lake Geneva’s past.

The original core of the home was built by Roswell Burt, a farmer who would become a Civil War veteran.

What is now the main part of the house was added to the structure in 1867 by H.A. Mead.

Gurdon Montague purchased the home in 1871. Two years later, he would become president of the former village of Geneva.

John Vose Seymour was called Ice King because he employed 300 workers each winter to cut ice on Geneva Lake. The ice would be shipped by rail to Chicago.

Seymour owned several sand and gravel pits, and supervised construction of the original building that is now Aurora Lakeland Medical Center, in the town of Geneva.

The house was passed onto his daughter, Eva Seymour, who was married to a local dentist, John Lundahl.

Vernon Haan, who helped create the Geneva Lake Museum, had with his wife, Joyce, restored the home between 1989 and 1990.

In his May 30 Lake Geneva Regional News column, Quinn stated the house belongs to Tanner.

Among his more prominent friends and acquaintances who spent summers at the home include former U.S. First Lady Mary Todd Lincoln and Gen. Ulysses S. Grant.

Quinn believes this is the oldest building that remains standing in Lake Geneva.

According to the Walking Tour app, the home was originally built for William Alexander, a cooper at a gristmill which is now the Geneva Lake Museum, 255 Mill St., Lake Geneva.

A gristmill is a place where grain is ground into flour, and a cooper is someone who makes or repairs casks and barrels.

Alexander made wooden barrels for storing the mill’s ground grain.

Built in 1855, the home at 1109 Wisconsin St., owned by local architect and Lake Geneva Historic Preservation Commission Chairman Ken Etten, once belonged to another local architect — the one who designed the Riviera. (Photo by Steve Targo/Regional News)

The Maxwell Mansion, 421 Baker St., was constructed in 1855 by a Chicago doctor, but is currently used as a hotel, restaurant and tavern.

This house at 1420 Dodge St., Lake Geneva, had been added onto since it was first built in 1852. (Photo by Steve Targo/Regional News)