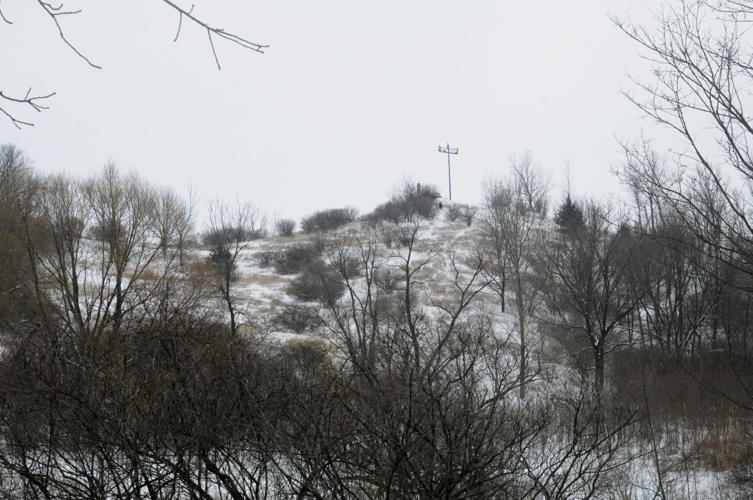 A light post can be seen on top of the former Majestic Mountain ski hill, which has been closed for nearly three decades but has recently been purchased by a local realtor. 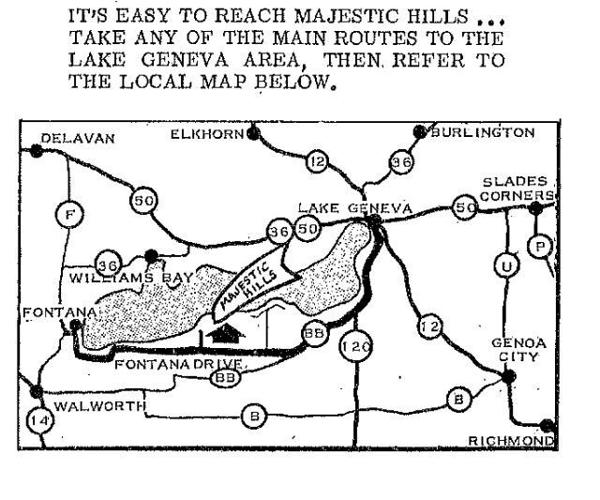 A brochure for the ski hill shows the location of where Majestic Hills was located. 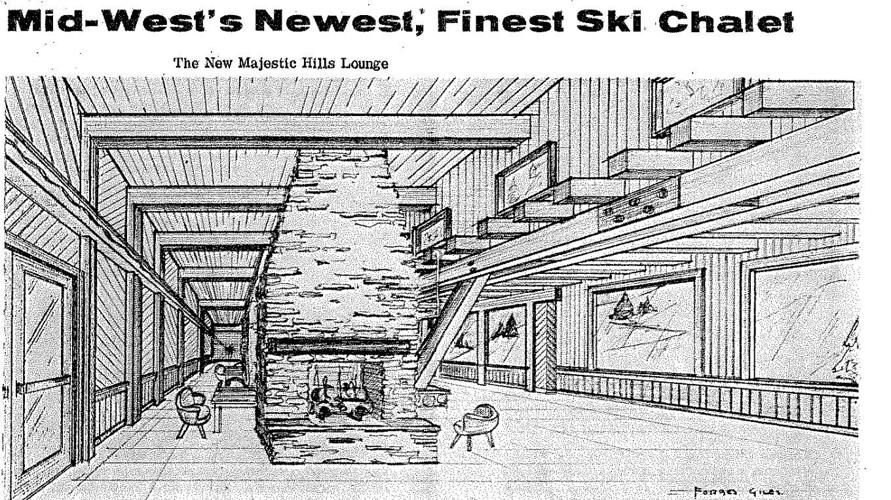 A pamphlet shows the interior of the new Majestic Mountain chalet. 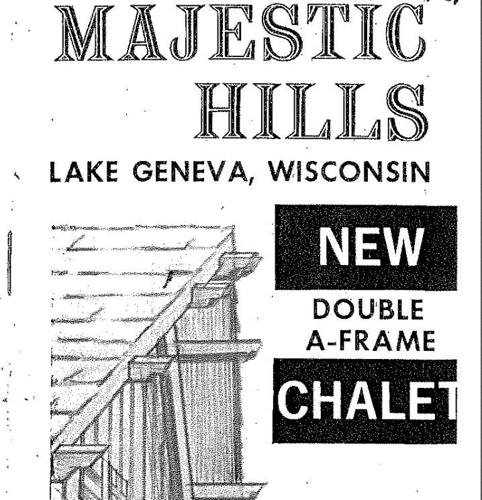 LINN — The property housing the former Majestic Mountain ski hill near the south shore of Geneva Lake has been sold but future plans for the property remain unclear.

The roughly 56-acre lot with commercial zoning has sat vacant for years and has an estimated fair market value of $438,000.

The former ski hill, located in the Town of Linn, was first opened in 1957 by Bill Grunow Jr. and served as a favorite ski spot for many throughout the Geneva Lake area until the main ski lodge burned down in 1988.

A copy of the March 10, 1988 Lake Geneva Regional News shows the raging fire lighting up the A-frame lodge. The fire was discovered shortly before 1:30 a.m. on Monday, March 7.

Before it was a ski chalet, the lodge was an old hen house dating back to the Grunow family’s chicken business, Val-Lo-Will Chicken Farm.

The chicken farm, with its half-million birds became the world’s largest supplier of fresh and rotisserie chickens, according to a 2006 and 2013 At the Lake article about the chicken farm. “So extensive were the operations that workers were bused in from as far away as Rockford, Illinois; (including German P.O.W.s when there was a shortage of American labor during World War II.)”

But when it came time for the next generation, the family business switched from chickens to fun in the snow as well as later a marine business and entertainment.

A flyer advertising the hill’s eighth annual open house touted the hill’s new chalet complete with a soda fountain and “snack-stube.” The hill featured grooming, snow machines, the “largest rental department in the Midwest” as well as “one of the finest (ski) shops in the Midwest with the best ski wear and accessories the world has to offer.”

It also featured a nursery. “Don’t stay home because your children are too young to ski, bring them along and let us take care of them while you enjoy yourself,” states the brochure that is part of the library’s collection.

In addition to the ski hill and lodge, the property offered a bar, music venue, driving range and golf course.

The venue was known as Majestic Bandstand, similar to Dick Clark’s “American Bandstand.” Headliners included Stevie Wonder, The Who, Chicago, the Monkees and the Beach Boys, according to the At the Lake article that is also part of the Lake Geneva Library’s file on the hill.

But that all came to an end after the 1988 fire. Uninsured, the loss of the lodge brought an end to the era and caused what was left of the resort to sit empty for years to come.

When reached by phone, Bill Grunow Jr. III said bidding farewell to the property his family had owned for generations and once operated a beloved ski hill on was a sad experience but that after it had largely sat vacant for decades, a change was due.

“It had been sitting vacant for over thirty years, it was time to go,” he said.

The Grunow Family LLC transferred the parcel to Majestic Hill Inc. on Oct. 2.

Majestic Hill Inc. is a Fontana-based closed corporation directed by Martin Murphy and founded in September 2020.

Murphy said future plans for the property are still being mulled over and that no final decision on future development has been made at this time.

Stephanie Jones contributed to this report.

Watch now: A look back at Majestic Hills ski hill

A look at the old lodge in the back

All that is left

High above the rest

Putting up the lift

House on the hill

Collection: A look back at Majestic Hills ski hill

Collection: A look back at Majestic Hills ski hill

Video and photos: Kite surfers in November draw a crowd in Lake Geneva

Wow! Huge meteor captured flying over the skies in England

A light post can be seen on top of the former Majestic Mountain ski hill, which has been closed for nearly three decades but has recently been purchased by a local realtor.

A brochure for the ski hill shows the location of where Majestic Hills was located.

A pamphlet shows the interior of the new Majestic Mountain chalet.